“I really want to surf there again this winter,” says 18-year-old Izzy Henshall of a super sheltered spot that most only think of when the rest of the coastline is maxing out. However, after a few missions over there, Izzy has figured out that occasionally, when other waves are still drawing the crowd, you can score it waist high and clean as a whistle with no one out. “You just have to be careful at that size,” she says “because sometimes your fin scrapes along the bottom.”

Such is the art of finding fun-sized, quiet longboard waves in Britain’s southwest corner. One must zig when others zag. Take note of the white horses raging on the horizon and then carefully select a cove, oriented just so, that forces the swell to bend out of the path of the raging winds.

Over the last few years, Izzy has taken to finding these corners with gusto, spending many a morning picking a narrow route through the gorse on weather-beaten crags, log swinging merrily in the squalls. “I love the anticipation as you walk around a corner and spot perfect  – or even just about rideable – waves,” she says.

While a good session is the ultimate reward, like many surfers in this part of the world, she’s discovered that these missions are more than just a means to an end. In fact, when I ask her to tell me about the local surfers who have influenced her the most, she chooses three who are not only world-class longboarders, but have also allowed their time spent studying the environment in pursuit of waves to blossom into a wide variety of creative pursuits.

There’s Mike Lay, whose approach Izzy says she’s studied closely over many shared sessions at their local break. His lyrical style on a board is mirrored in his stories and poems which focus heavily on the landscape and the idiosyncrasies of everyday encounters. Then there’s James Parry, an avid lensman and shaper, who’s been making Izzy’s boards for several years. And her uncle, Sam Bleakley; a filmmaker, geographer and acclaimed author. 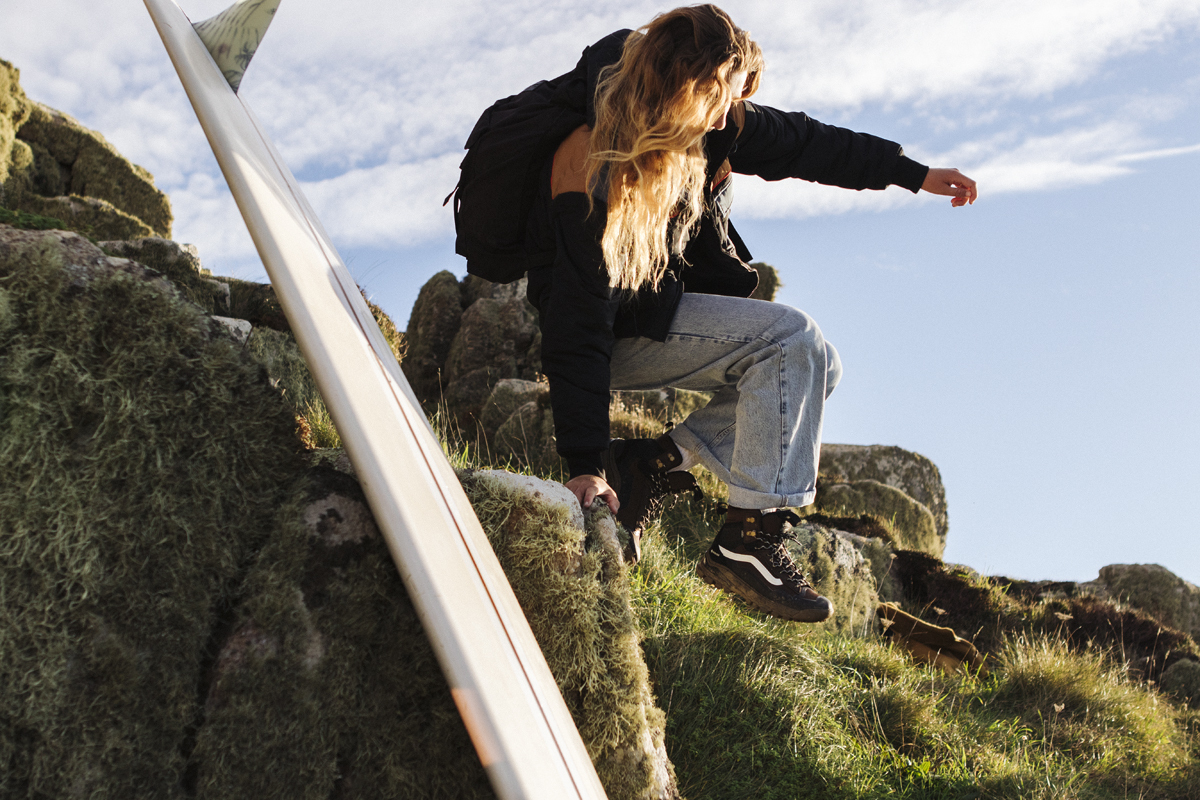 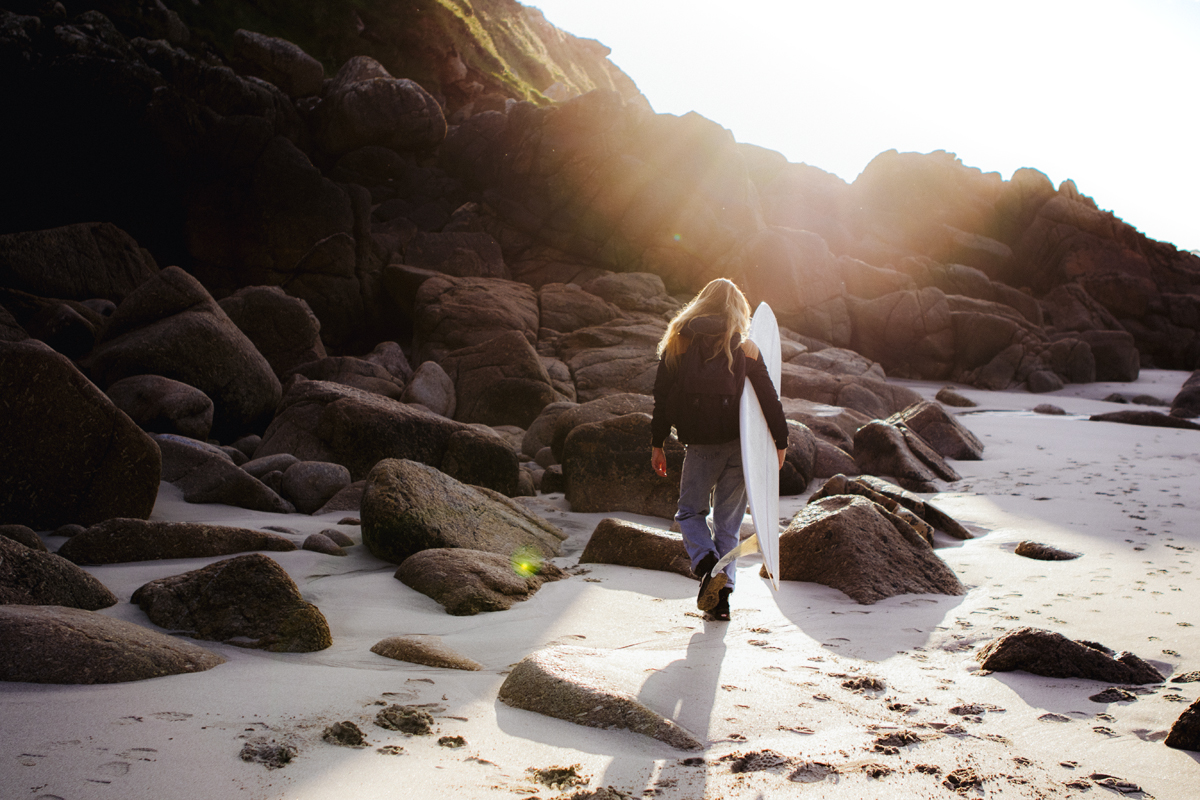 It’s from them and many others that Izzy has developed her creative passions for both surfing and capturing the world around her. While she initially picked up a camera merely as a way to stay connected with the sea after a broken ankle forced her out for three months, nowadays she takes one with her wherever she goes and studies the craft on a mixed media course at college.

“Recently I’ve mainly been shooting on film,” she says. “And I just document what I see along the way, which seems to work pretty well.”

“I’ve also had a lot of fun experimenting with double and triple exposures. I’ll just take random snaps that might not necessarily make a good photo but then layer them up to create some interesting shapes.” 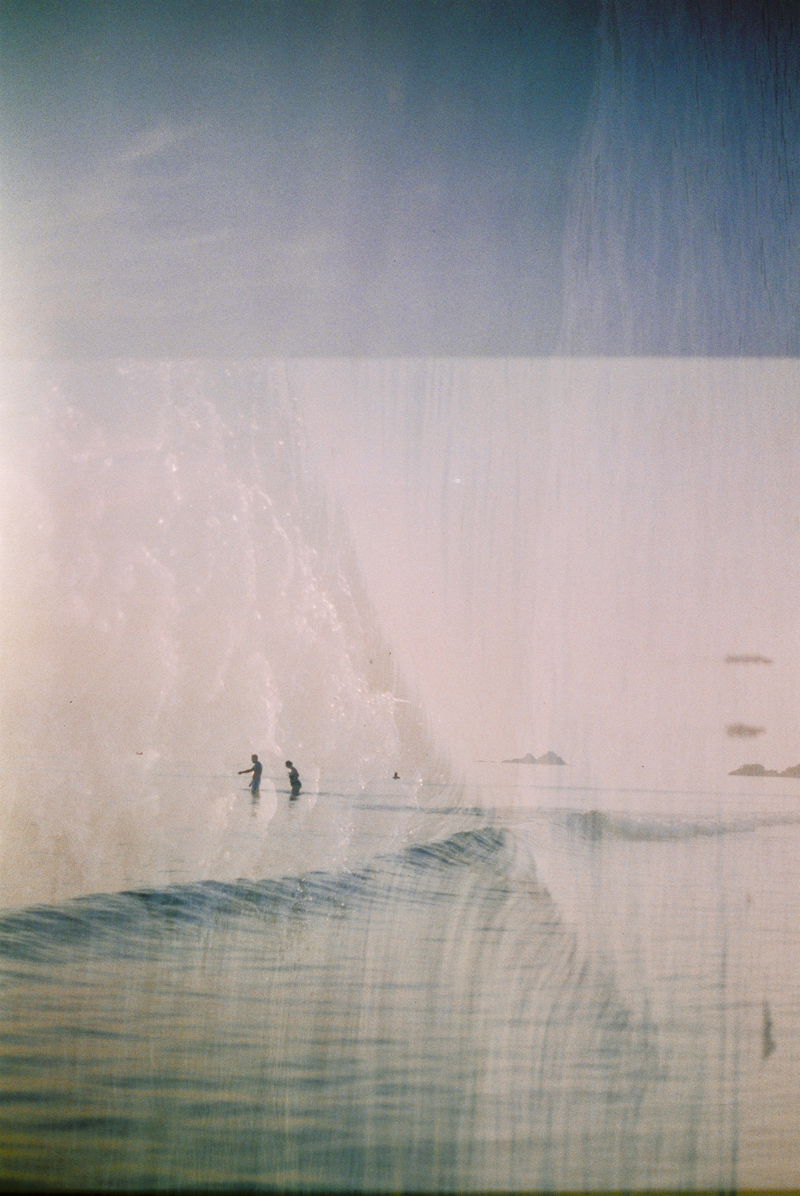 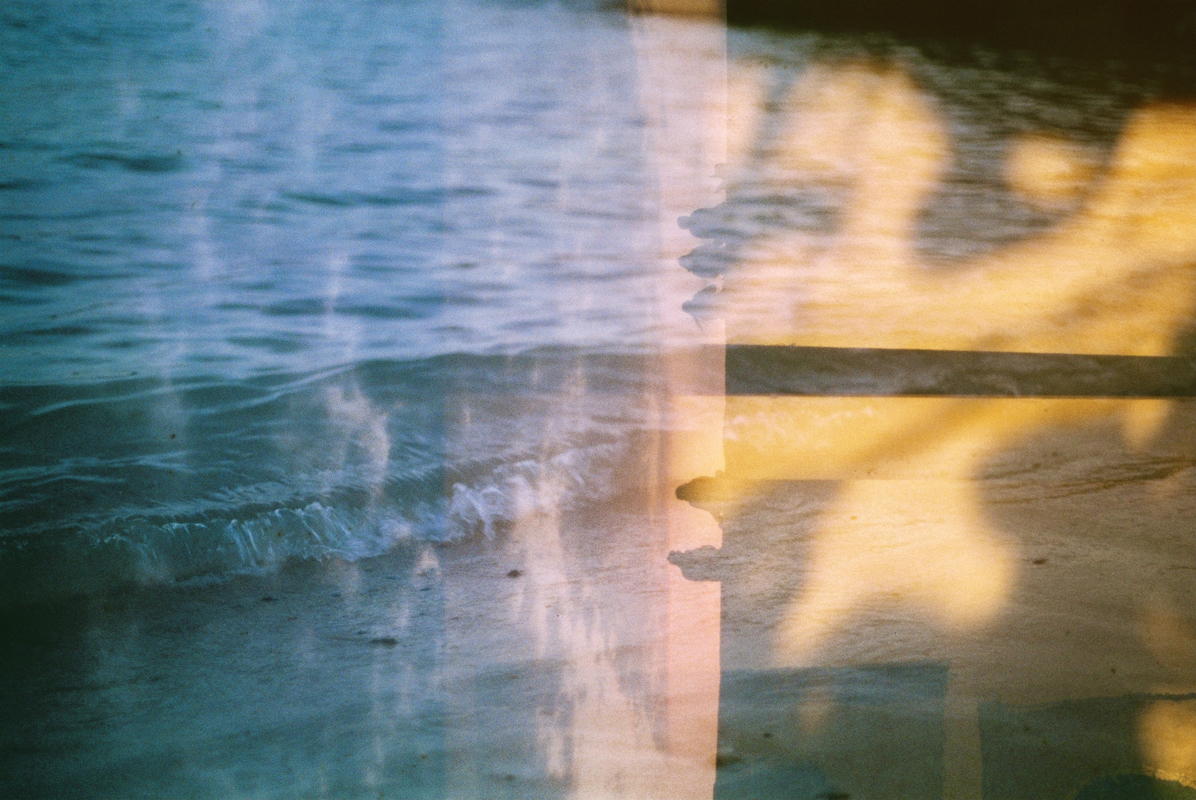 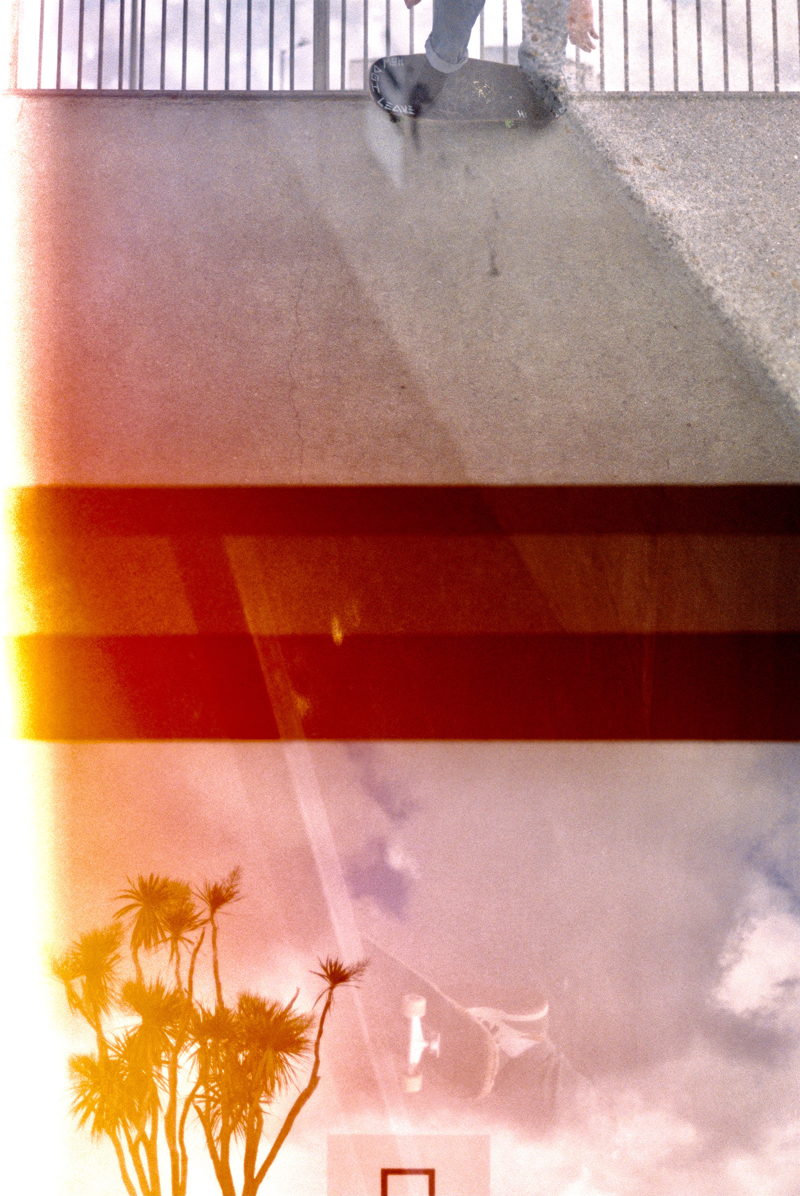 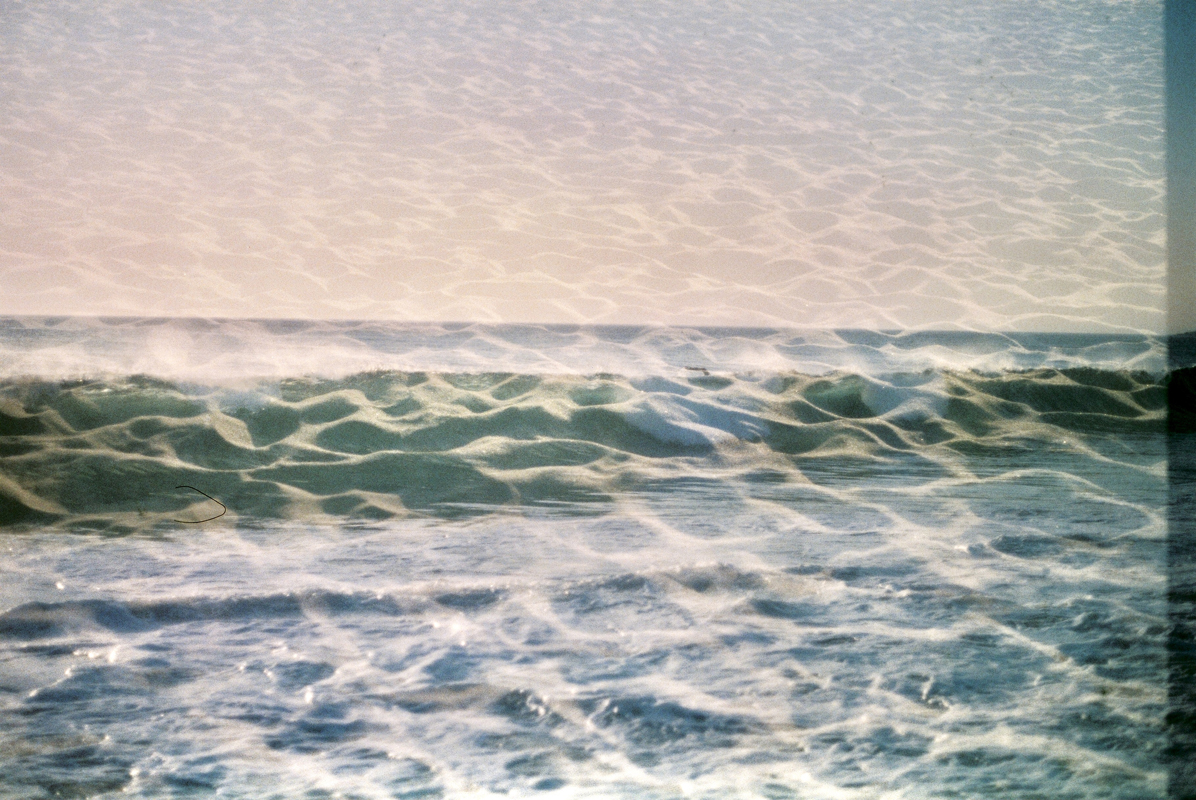 Of course, whether out searching for a wave or observing the landscape through a lens, to really transcend, you’ve got to do away with any concerns about wet feet or cold bones. And for this, the right gear is essential. “I know that I wouldn’t want to do half of the treks down to the surf in clean white shoes,” Izzy laughs. As luck would have it, Vans recently hooked her up with their new Ultrarange MTE-3, the brand’s most technically advanced, all-weather shoe. “It’s been so nice being able to throw them on and not have to worry about the weather or muddy terrain,” she says. Whether navigating a waterlogged track or traversing slippery rocks, the MTE-3’s rubber sole offers superior grip, while the Gor-tex breathable shell ensures feet will always stay dry. Plus, they’re packed with thermal insulation for maximum warmth – a vital addition as the depths of winter beckon. 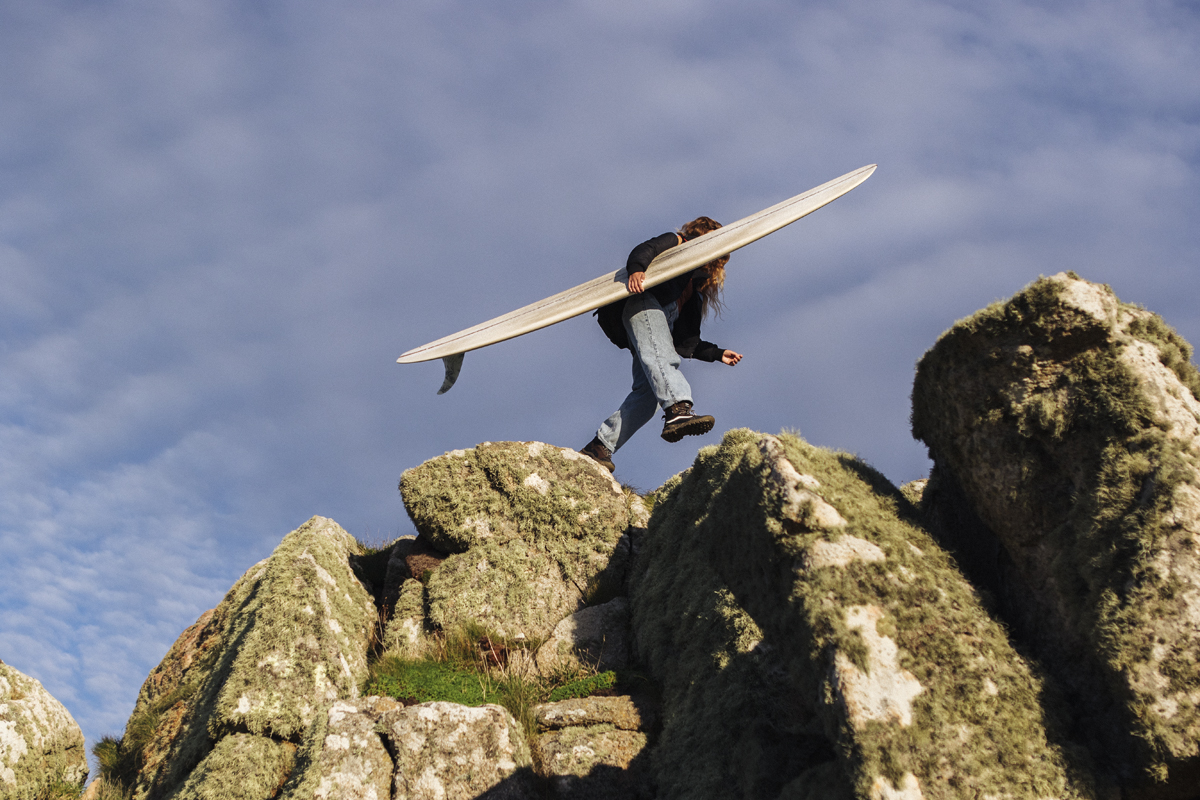 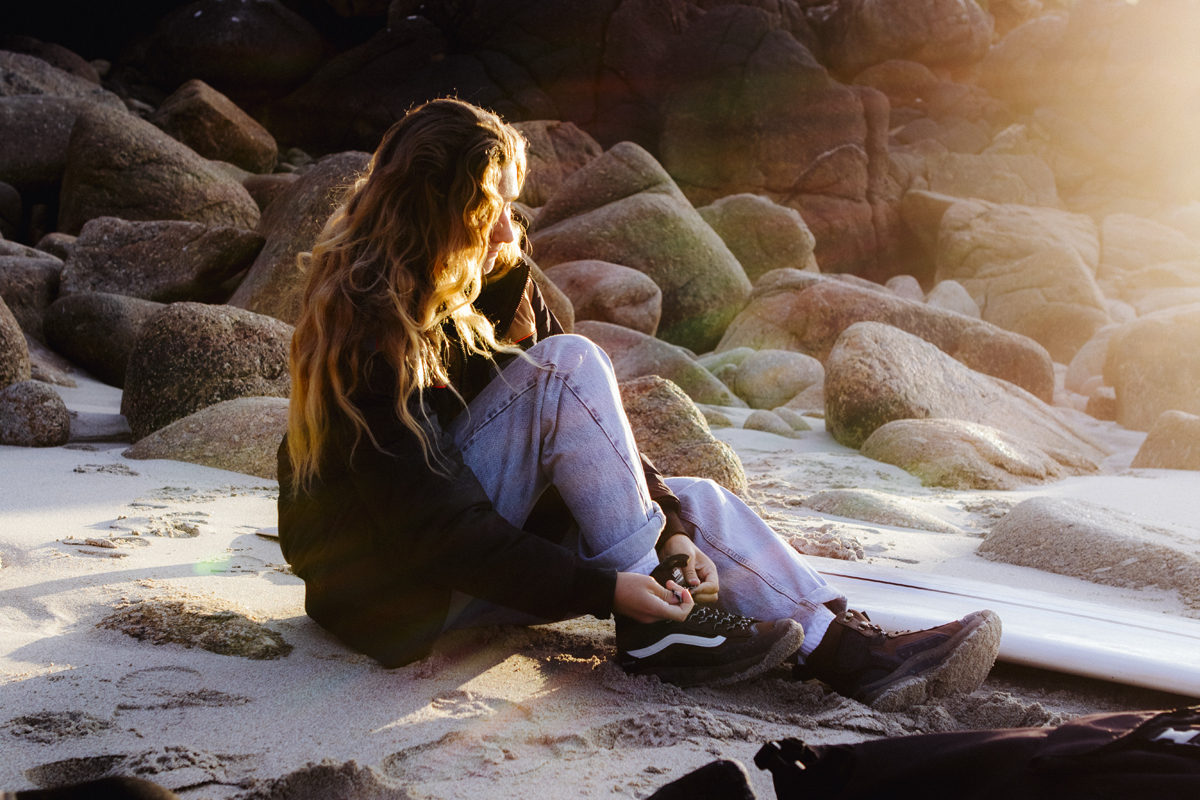 “Sometimes trekking to the spot is the best bit,” says Izzy. However, on the clear winter’s day we joined her for a mission, we’d hazard the best bit was the perfect sunset micro-peelers that met us at the end of the hike. You could call it lucky. But, like the old saying goes, you’ve got to put yourself in the spot for luck to happen to you. And, there’s no doubt Izzy’s approach is doing just that. 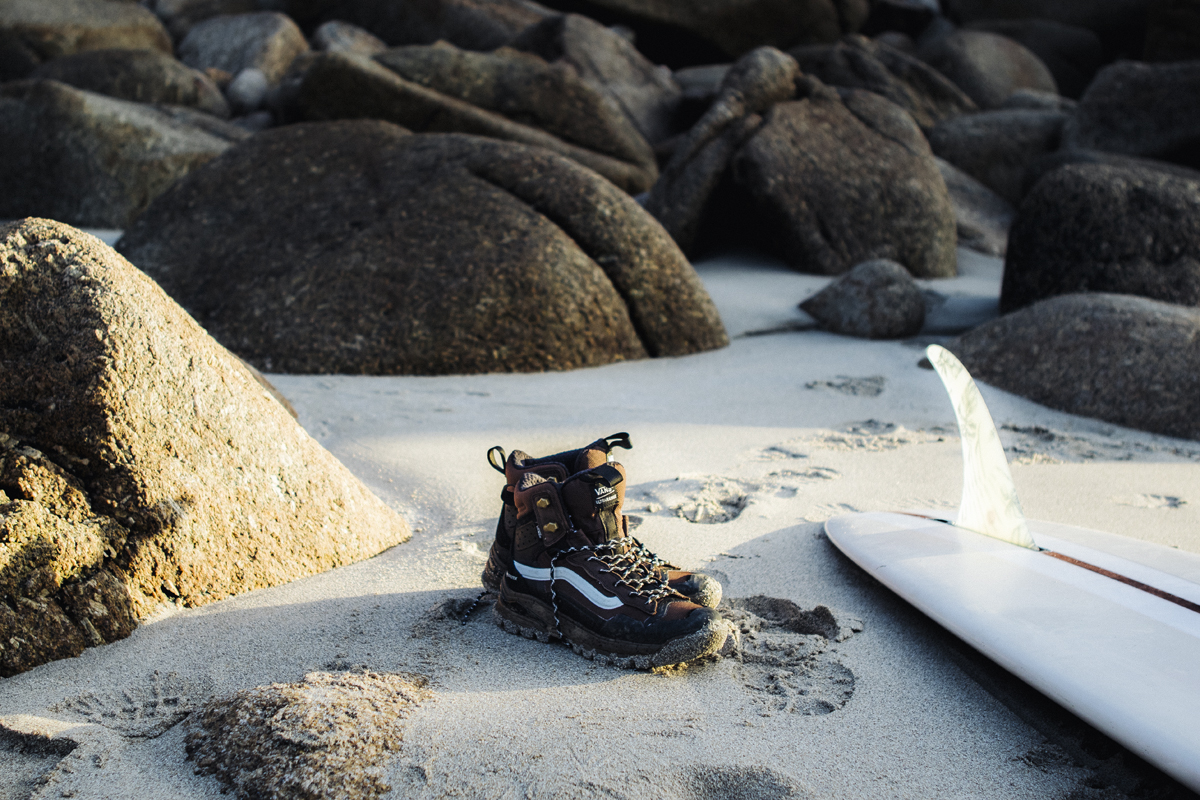 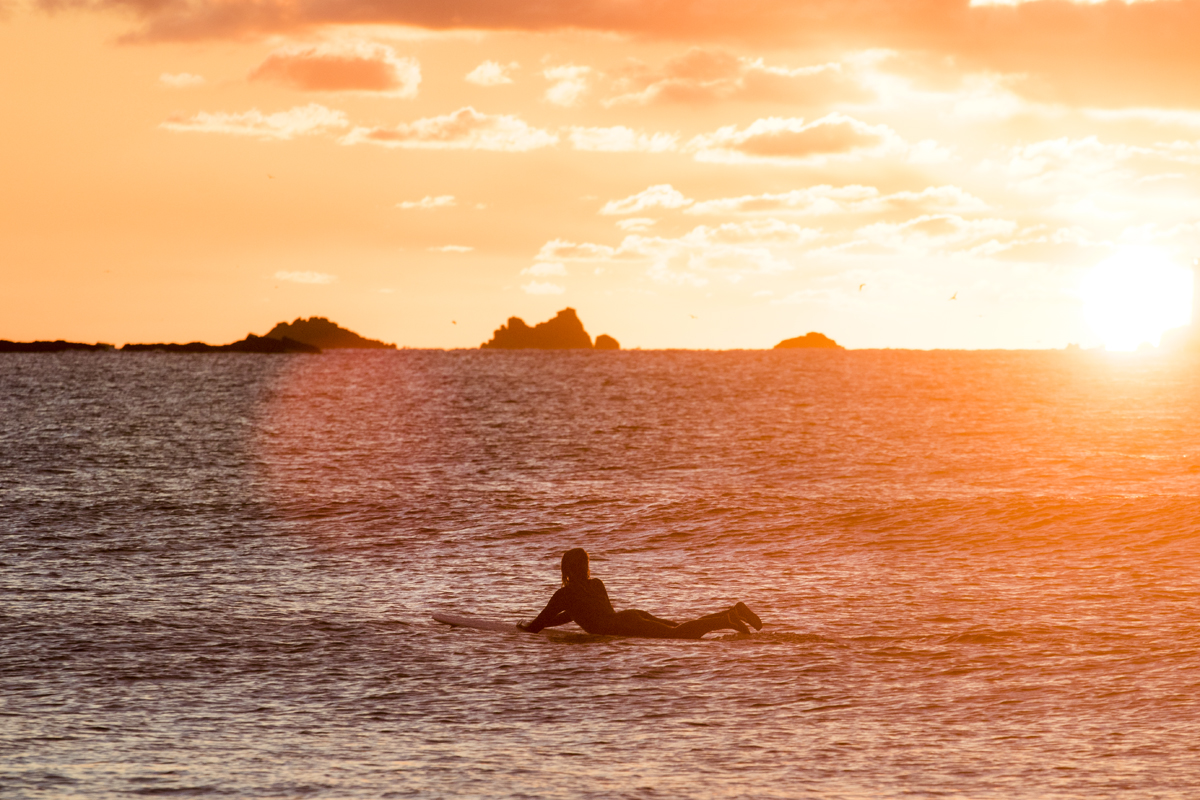 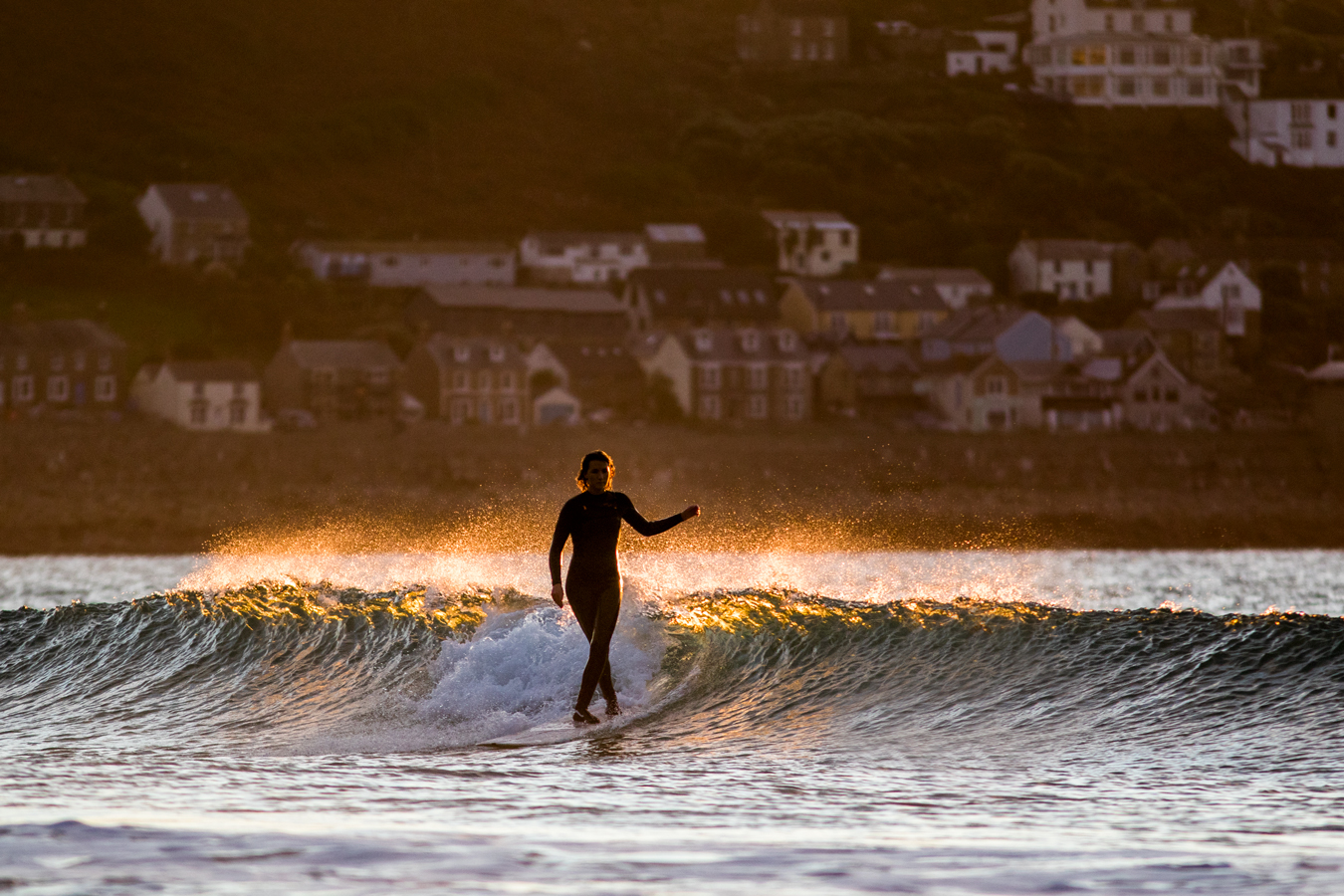 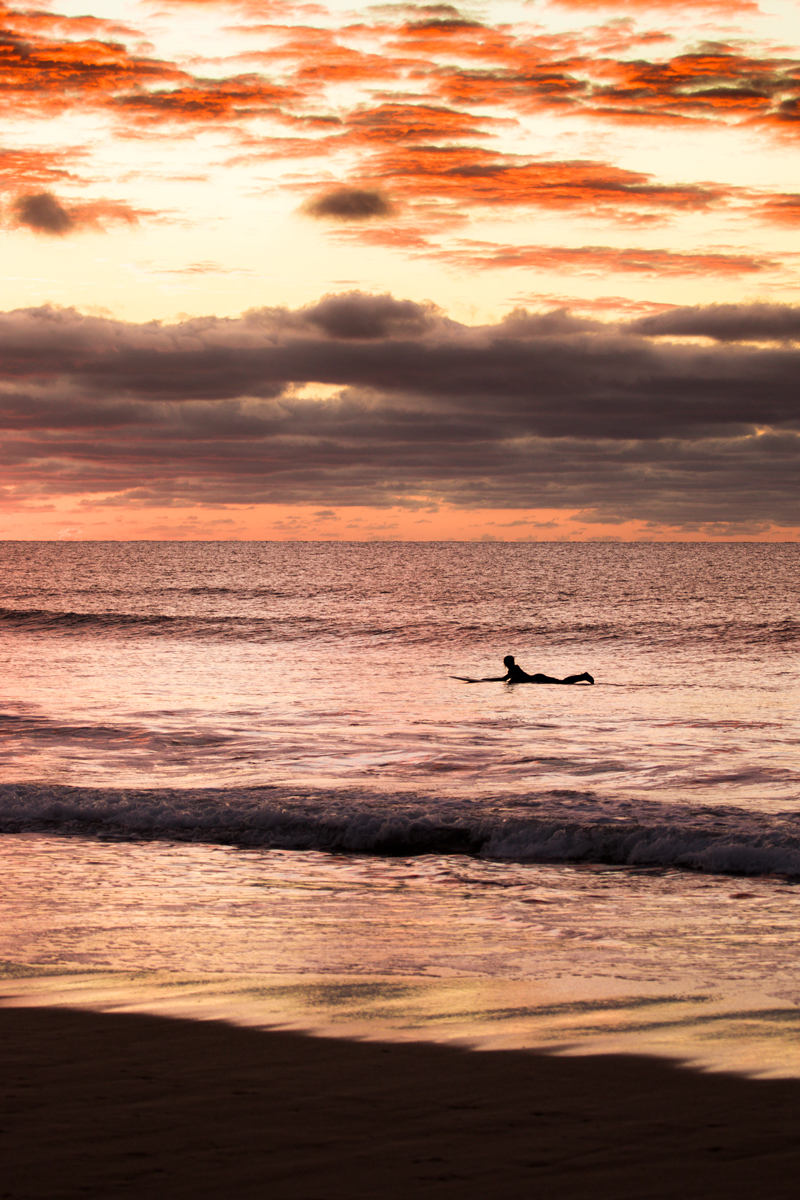 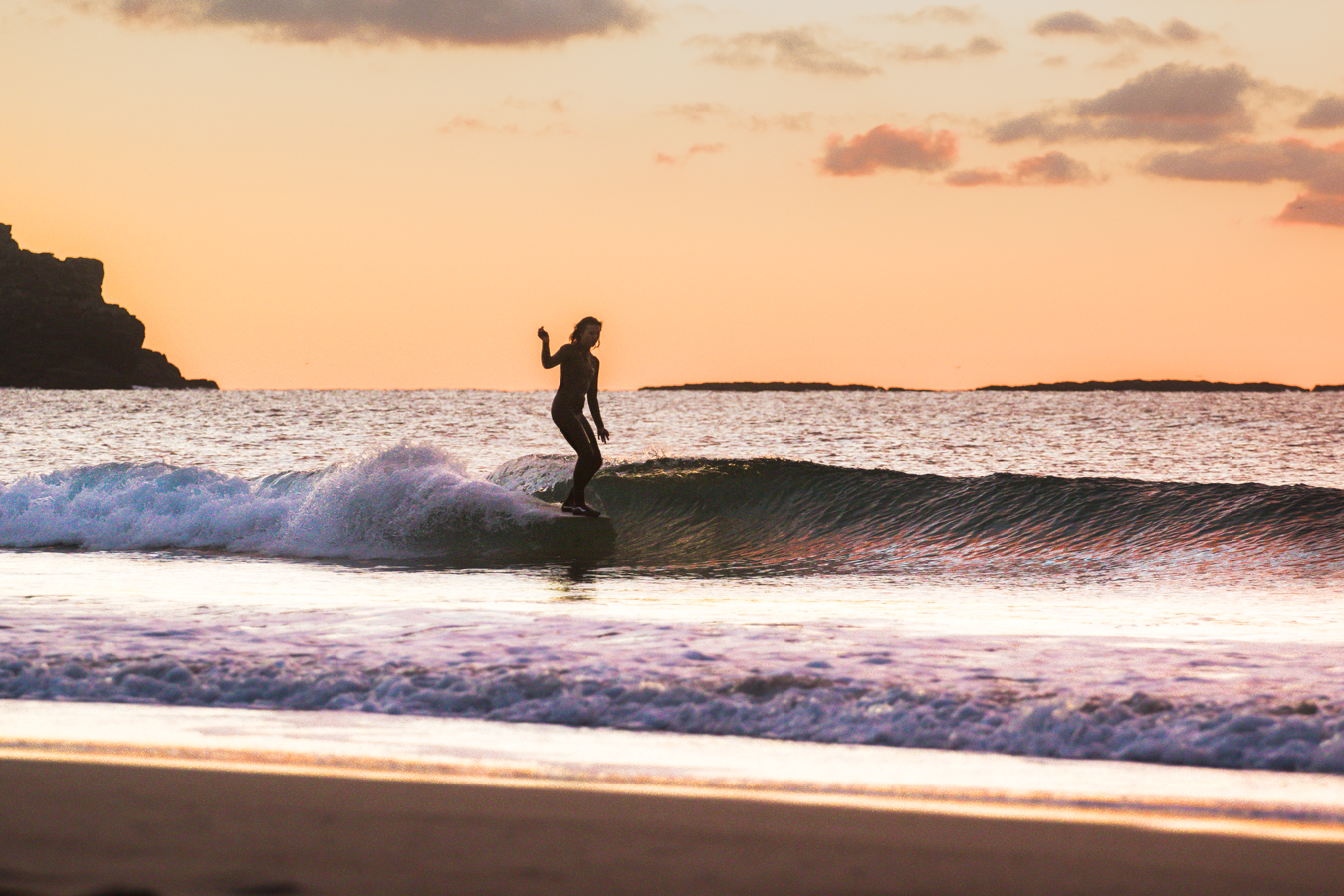