[As Wavelength celebrates its 40th birthday in 2021, we’re revisiting some of the more colourful chapters in European surfing history. In this editon, we’re looking back on a WL trip to Madeira in late 2003 to investigate the fate of fabled big wave break Jardim do Mar.]

Before the internet and its social media phenom became the rallying cry for outrage local and international, the resistance to threats to much loved surf and beauty spots was at the mercy of more analog communications; strongly-worded letters, angrily scrawled fax.

Local communities could gather, march, protest, but local their message might well stay. If you wanted to know what the situation was at a distant surf location, you pretty much had to go there and find out.

Which is precisely what Wavelength did back in 2003, when rumours of the destruction of Jardim do Mar, Madeira, one of the most beautiful and underrated big wave spots on the planet were running rife throughout the surf world.

At the turn of the millennium, the Macaronesian idyll of Madeira, some 500km off the coast of Morocco was subject to dual threats of being a semi hush, obscure destination not particularly well known by major surf communities, and having a local penchant for brutalist construction projects well-greased with EU infrastructure funding.

It was hard for the broader surf community to kick up much of a fuss about a spot under threat they knew very little about. The island’s spectacular pointbreak-ridden SW coastline had already seen surf spots lost/altered due to coastal construction, but what resonated particularly about Jardim to those who had been there was the sheer beauty of the spot, making it one of the iconic lineup vistas on the planet.

As one of the first meaty swells of winter 03/04 lined up in the Atlantic, a surf crew of Jose Gregorio, Ian Battrick and Martin Connolly alongside myself and WL shooter Remy Whiting went to investigate whether the concerned parties’ worries about threats to the wave were as bad as conservation groups like Surfrider and Save The Waves had feared.

In brief: The wave didn’t seem as badly threatened as feared at lower tides, rather the backwash started earlier in rising tide, shortening the time it could be surfed. But the swell never quite materialised to the scale forecast, so Jardim’s true big wave qualities remained untested by the visitors.

The village though, was changed forever. With concrete blocks poured across foreshore and a road built around the point, the inherent charm of the village, previously only accessible by a maze of tiny mosaic footpaths and hailed as the most beautiful village on the island, seemed violated. 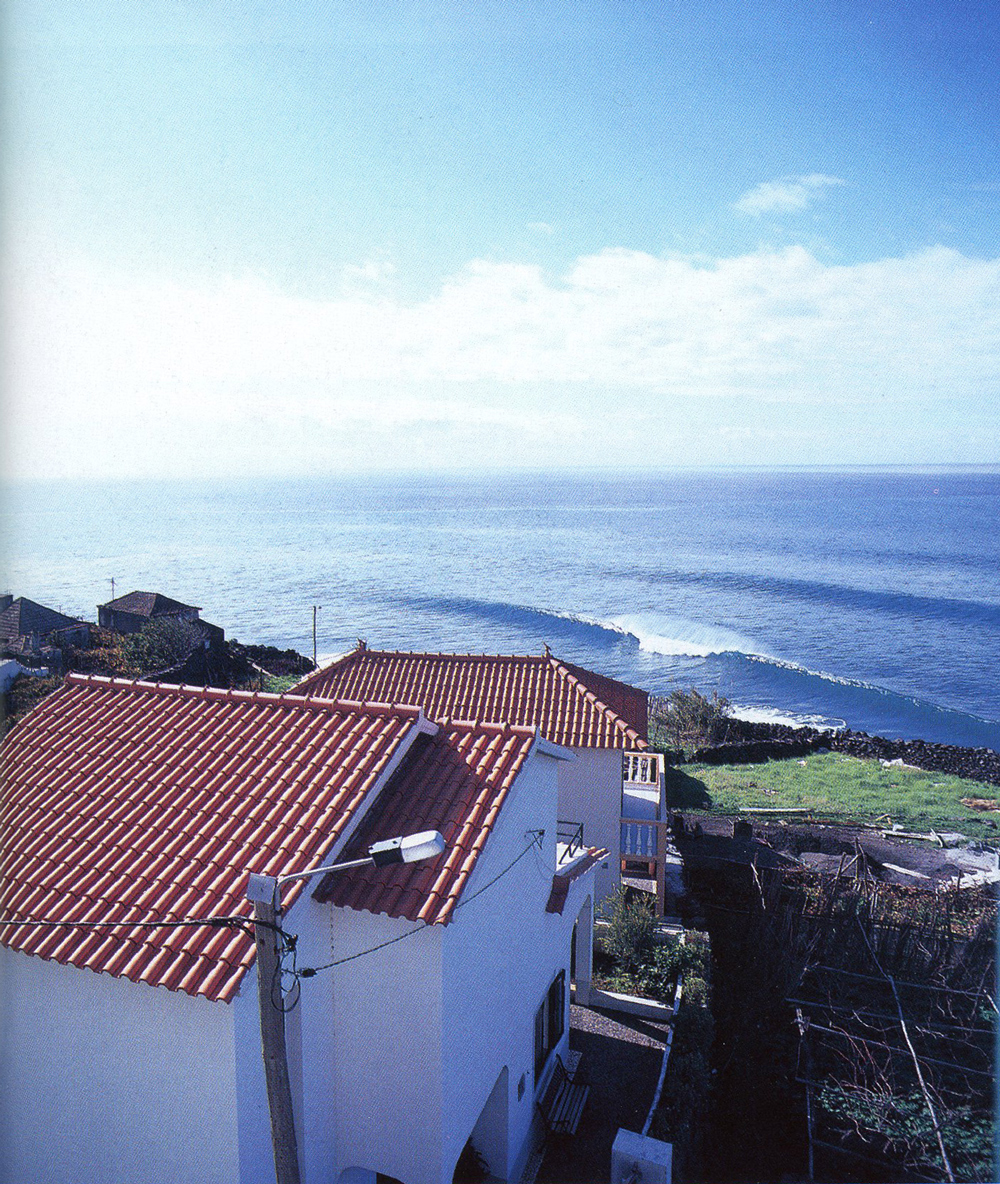 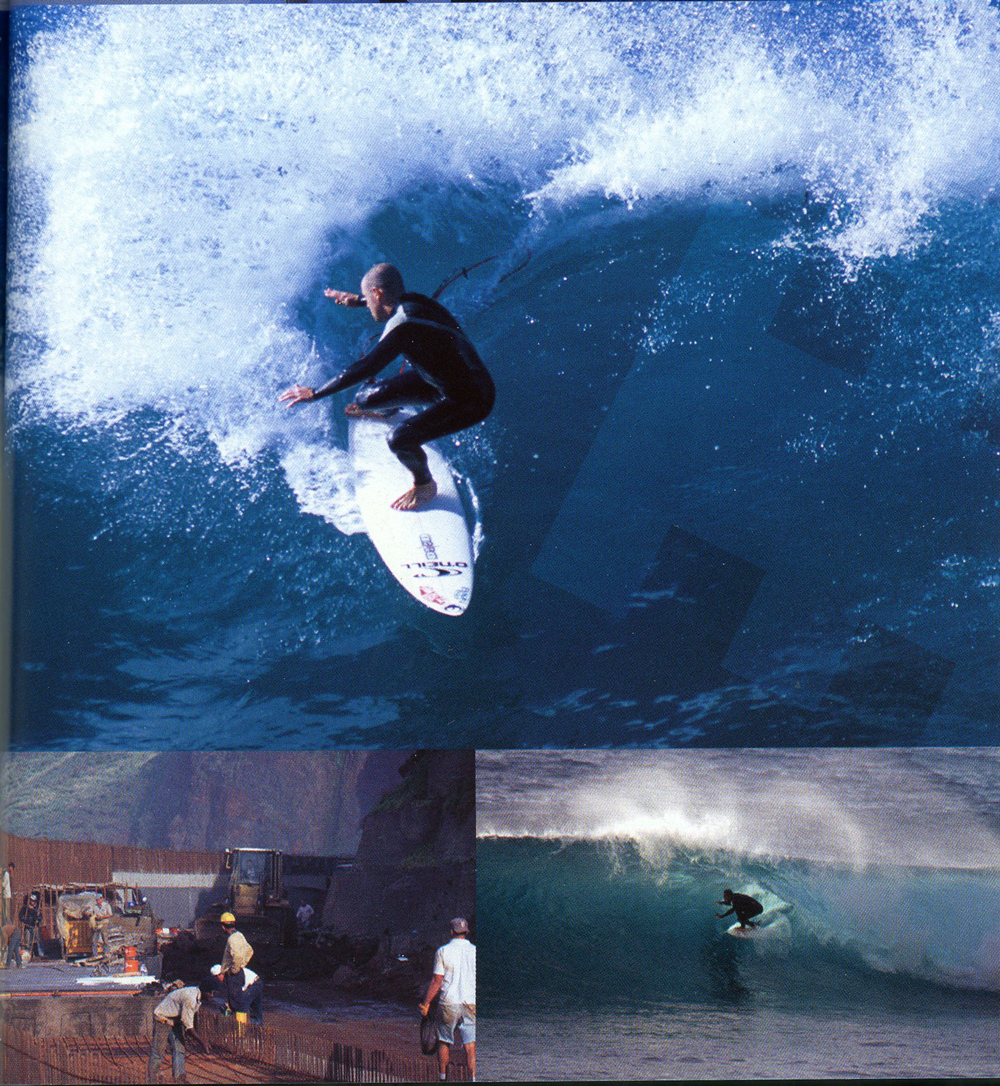 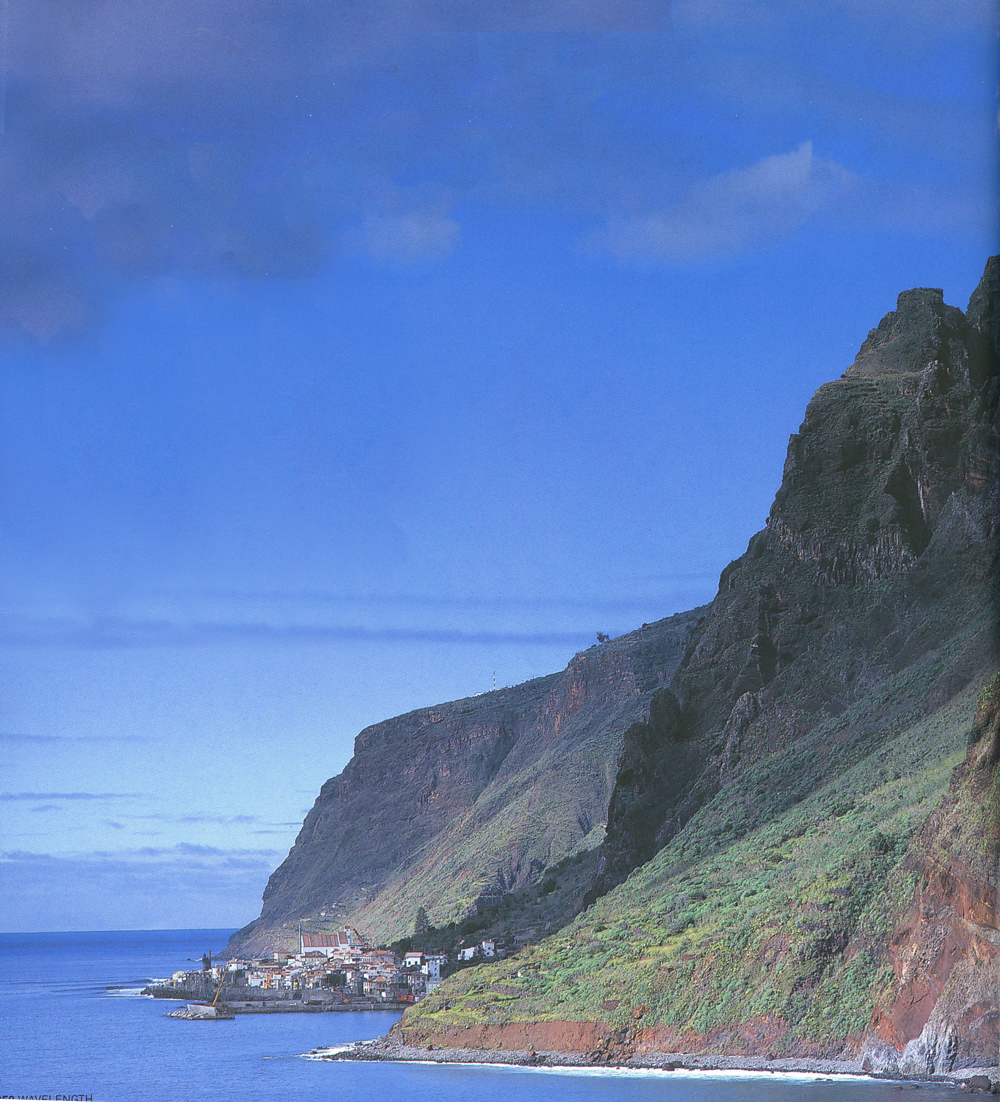 Public opinion on the construction was divided locally. The island’s local newspaper, Journal Do Madeira, seemed to be very much backing the government when they ran a photo of Vans team manager Chris Ingram – who’d come to make sure Jose and Batty’s Old Schools were laced properly – dropping a Jardim set wave on its cover the next day, splashing, ‘International Surfers Back in Jardim: The wave’s fine’.

Hardly the intended purpose of our trip, to serve as propaganda fodder for the bad guys.

Still, a cover’s a cover.

“How many international surfers shrieked in pain when they poured the concrete in the sea to build the airport so we could all get there?” my story that ran in issue 130 pondered. ‘Is a bit of coast more valuable if it has a good surf spot on it?  We stand in the sun drinking passion fruit juice, shake our heads and frown at the concrete, then paddle out. A fat politician in a leather chair pulls at his moustache then signs a contract flamboyantly, whilst another man kicks the mud off his boot, gets in a digger and starts the engine…’ 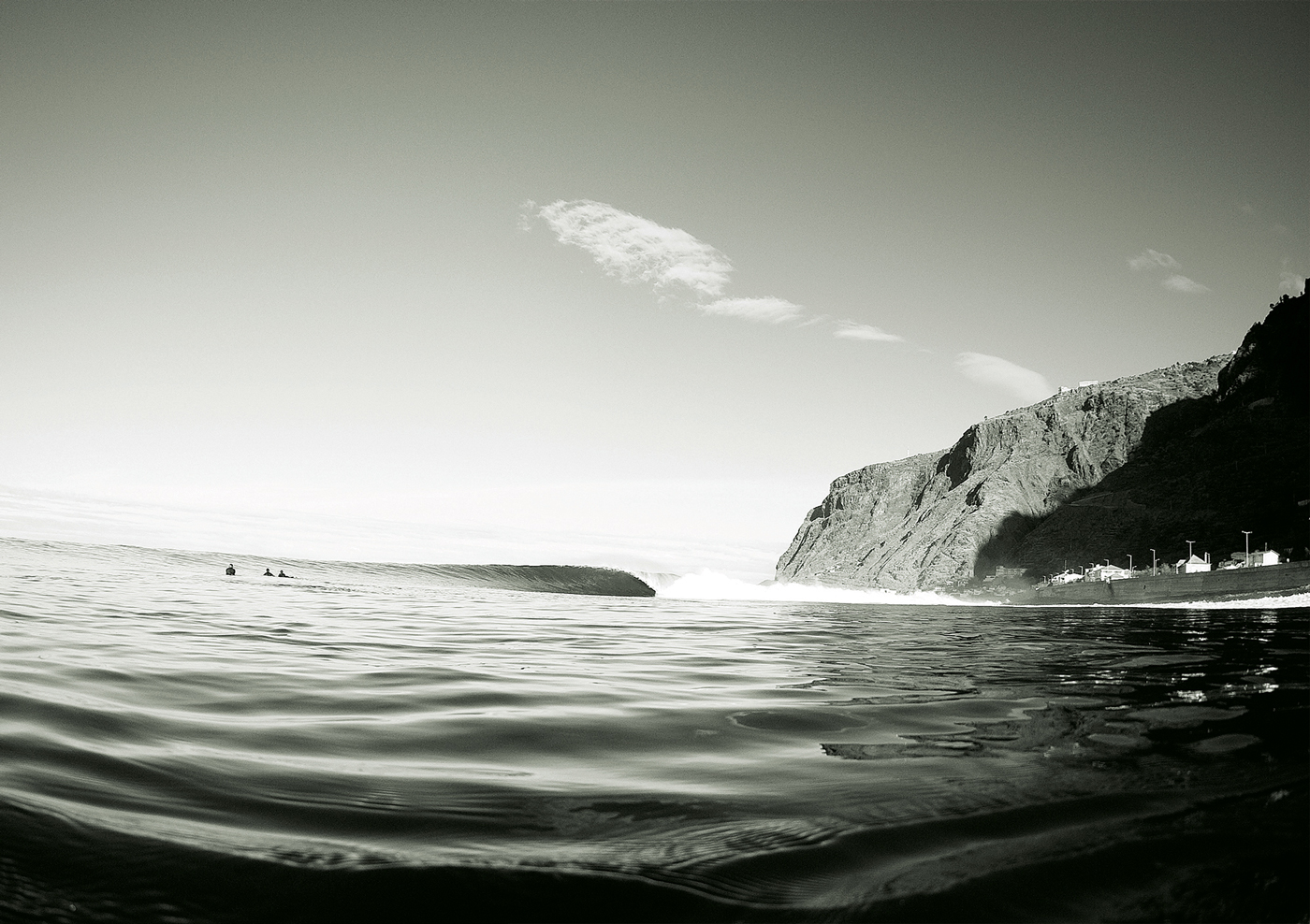 This being nearly 20 years on, and us being strictly outsiders then as now, we reached out to Madeiran surf legend Orlando Pereira for a more updated, informed view:

“After the construction of the promenade, the wave wasn’t affected so much as the time we can surf between tides; we can only surf until mid tide, depending on the size and direction of the swell. Getting in and out on the boat ramp is much trickier though, especially on big days when it’s difficult to leave the sea. The promenade has brought more people visiting Jardim do Mar though, activating local commerce, restaurants, bars and AirBnB’s for the local economy.”

While our article at the time reported rumours of threats to the adjoining break of Ponta Pequeña, a dreamy, long right point backed by vertical volcanic cliffs, Orlando confirmed that unlike the breaks at Lagoa de Baixo and Punta Delgada, it remains untouched by coastal works.

While other comparable locales in the Canaries and even The Azores have seen a concerted effort to push surf tourism, Madeira remains to this day a relative backwater. Giant reefbreak surf and a lack of sandy beaches make it less of a beginner winter sun locale, and even with decent forecasts, scoring good waves there is still at the whim of an ultra fickle set of variables, even by surfing standards.

But as testified in Bill Finnegan’s comprehensive tribute to Jardim in Barbarian Days, get it good and the sheer beauty of the place combined with the raw quality of the surf makes the Madeiran surfing experience one of the very finest anywhere on the planet.

[As Wavelength celebrates its 40th birthday in 2021, we revisit at some of the more colourful chapters in European surfing history.] Essential accoutrements for the golden age of surf [...]

[As Wavelength celebrates its 40th birthday in 2021, we revisit at some of the more colourful chapters in European surfing history.] In late 2003, a Cuban-registered cargo vessel made a [...]

The Stormrider Guide Europe, 1991: The Birth of European Surfing?

[As Wavelength celebrates its 40th birthday in 2021, we revisit at some of the more colourful chapters in European surfing history.] When was European surfing born? That is of course, a trick [...]