Increased swell and onshore winds at the primary site of Les Estagnots have prompted Roxy Pro France event organizers to call a lay day for competition this morning. A projected improvement in weather conditions could see competition commence as early as tomorrow. 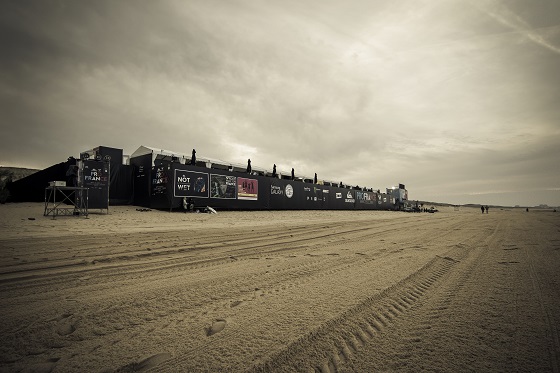 “The surf will be increasing throughout the morning but poor winds have forced a lay day today,” Jessi Miley-Dyer, ASP Women’s Commissioner, said. “We expect improved conditions tomorrow and anticipate a potential start then. We’ll be back at 7:30am to make another call.”

Event organizers will reconvene tomorrow morning at 7:30am (local time) to assess conditions and make a call for the day.

When competition commences, up first will be Malia Manuel (HAW), Dimity Stoyle (AUS) and Pauline Ado (FRA) in the opening heat of Round 1.

Surfline, official forecasters for the Roxy Pro France, are calling for:

New swell due to fill in through the day Wednesday and continue through the end of the week. Reinforcing swell due for the weekend, continuing into Monday of next

The Roxy Pro France will be webcast LIVE at ASPWorldTour.com

Running in conjunction with the Roxy Pro France will be Stop No. 9 of 11 on the 2014 Samsung Galaxy ASP World Championship Tour, the Quiksilver Pro France:

The event will be webcast live via www.aspworldtour.com and www.youtube/ASP.