Today’s sequence Sunday features Frenchman Edouard Delpero snagging a bomb from under the noses of a mass of international pro’s during the Quik Pro. Delpero is probably most well known for his logging accolades, possessing numerous national longboarding titles and one European one, however he’s also pretty proficient on a shorter stick- both in smaller waves, as he demonstrated with his win at the Newquay Boardmasters earlier this year- and indeed in big beach break barrels as illustrated here by this perfectly executed back door keg.

For optimum viewing click on the first image and then flick through the images with the right hand arrow. 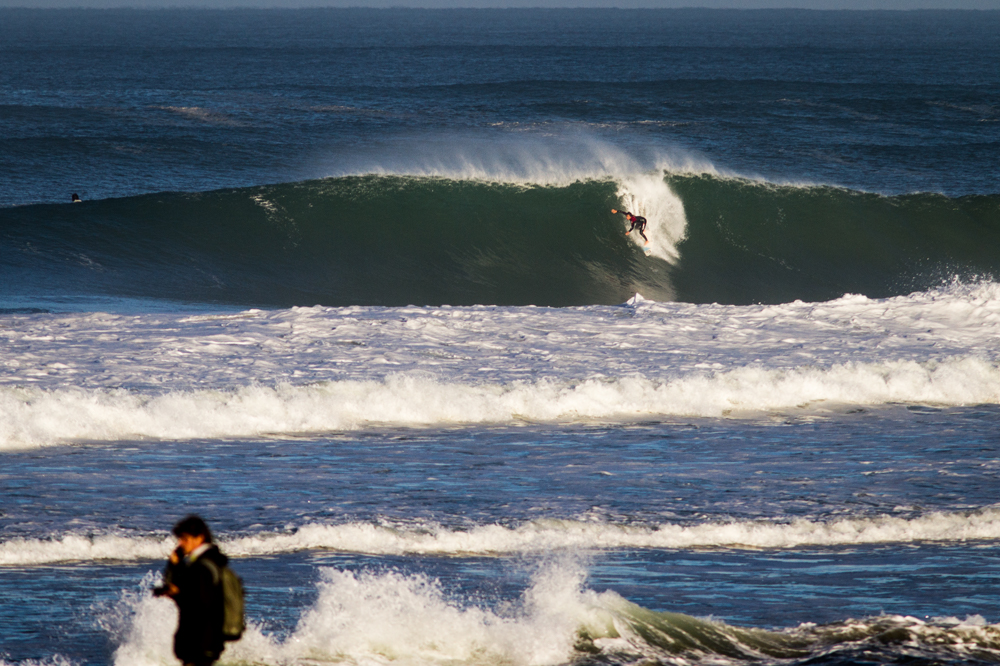