Stories From Up The Beach On Day One At The Quik Pro France Who took a shit in the sea right before his heat? Why did Kelly surf his on a buckled board? Which world class aerialist stuffed their ankle? And which European up and comer definitely should have been given a wild card? All that, plus shots from the morning free surf here:

This year, the Quik Pro ain’t waiting around, as competition got underway this morning on day one of the waiting period.

Despite having the main comp set up at La Grav (which has been firing almost non-stop for the last week or so) the contest directors opted for the more consistent but far less spectacular bank up the beach at Cul Nus this morning, leaving the gaping tubes breaking into the gravel pit ripe for the picking for the assembled roster of CT and Red Bull airborne competitors. 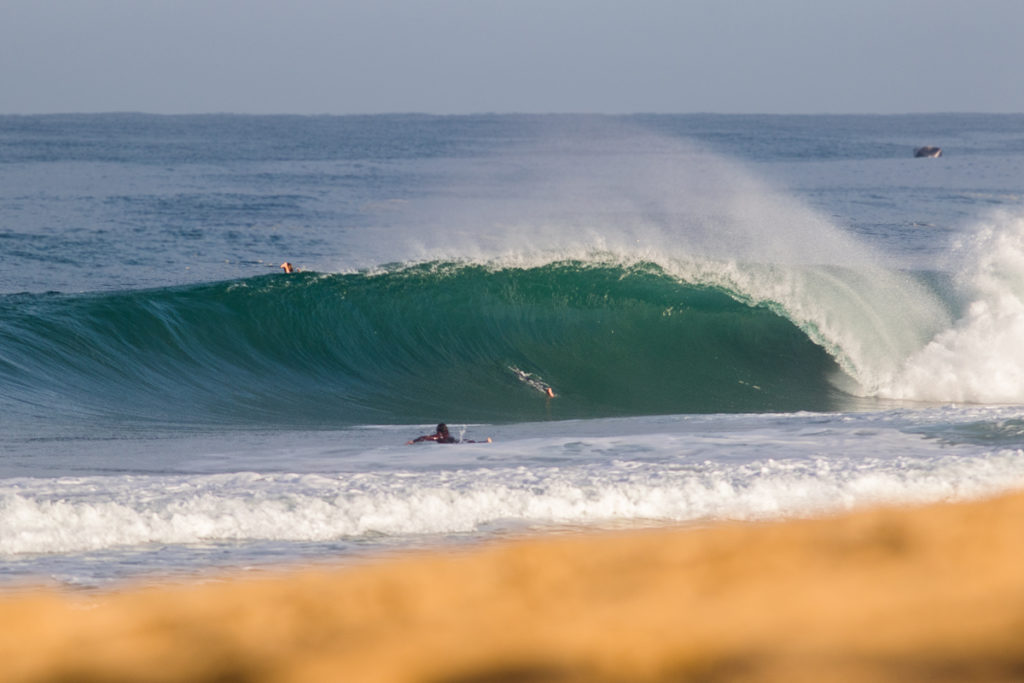 As the sun peeked over the dune and Griffin Colapinto paddled out for the first heat of the event, he found himself in a bit of a pickle. He’d just smashed a super-strength French coffee, and as he reached the line up he realised he really needed a dump. With just two minutes to go until the claxon sounded, he paddled off out to sea, prayed the drone operator hadn’t got his shit together yet, ripped off his jersey, pulled down his suit and proceeded to drop the kids off at the coast.

After a convincing win, he recounted the tale in his post-heat interview to Rosie Hodge who reacted with relish, no doubt grateful for some light amusement ahead of 8 hours of ‘taking it heat by heat’ chat. 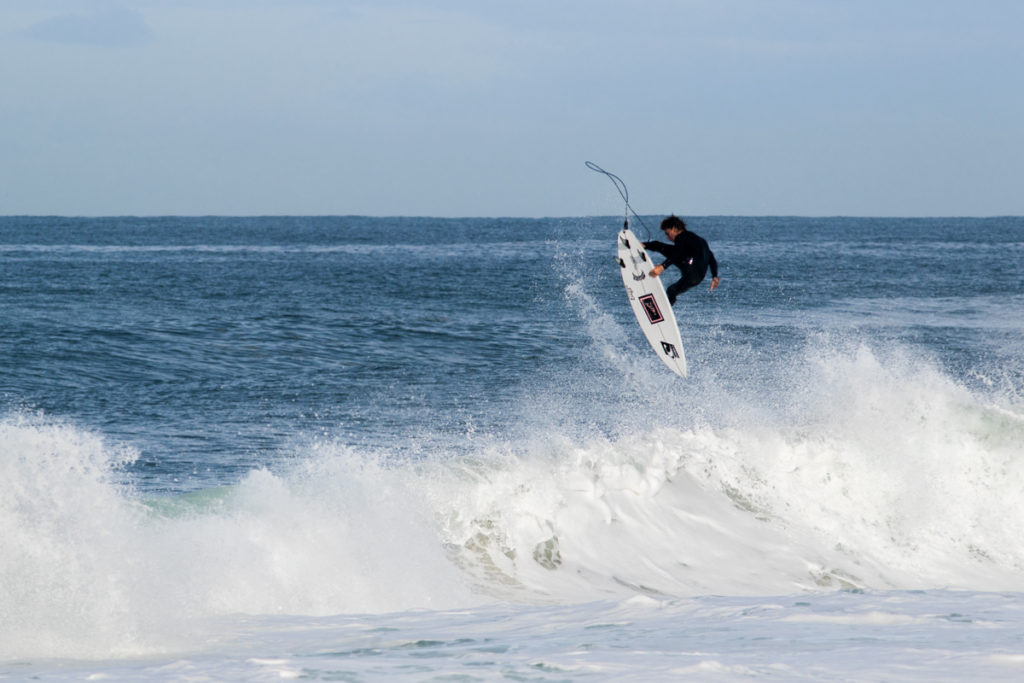 Meanwhile, a few hundred yards down the beach, the world’s best aerialists were packing tubes and throwing huge punts off solid closeout sections with reckless abandon. Unfortunately, Airborne competitor Kalani David pushed a little too hard, coming unstuck on a giant straight air into waist-deep flats, sending him hobbling up the beach with Albee Layer as a crutch. No news yet on the specifics of the injury, but it didn’t look good as he was whisked away in a 4X4. 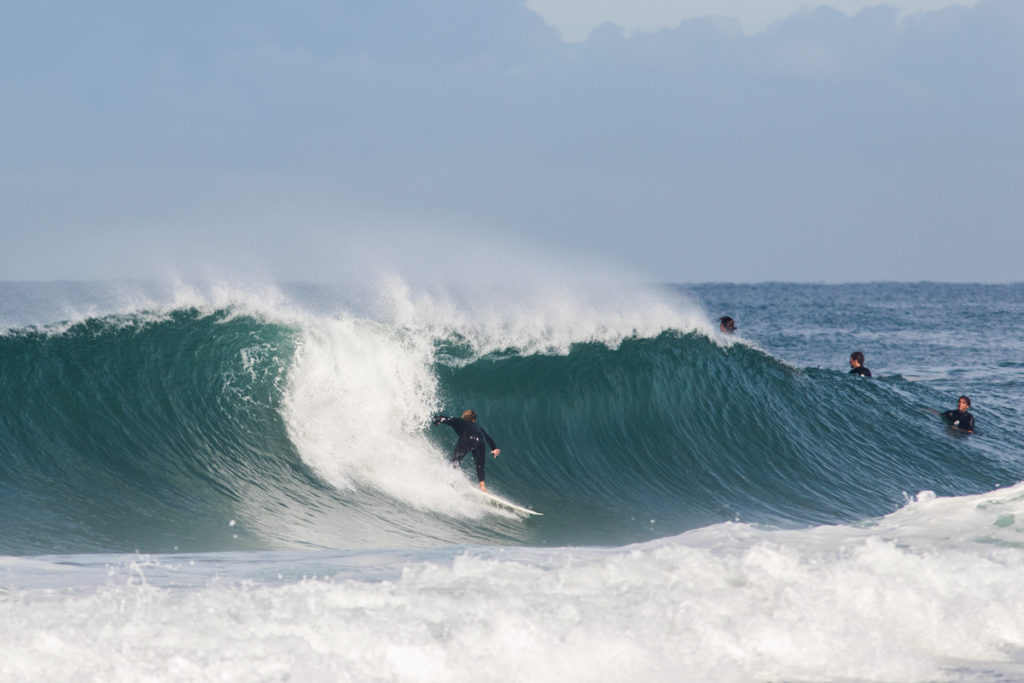 The pack looks on from the shoulder as Thomas Tribout surfer slips into a throaty left. Photo @lugarts 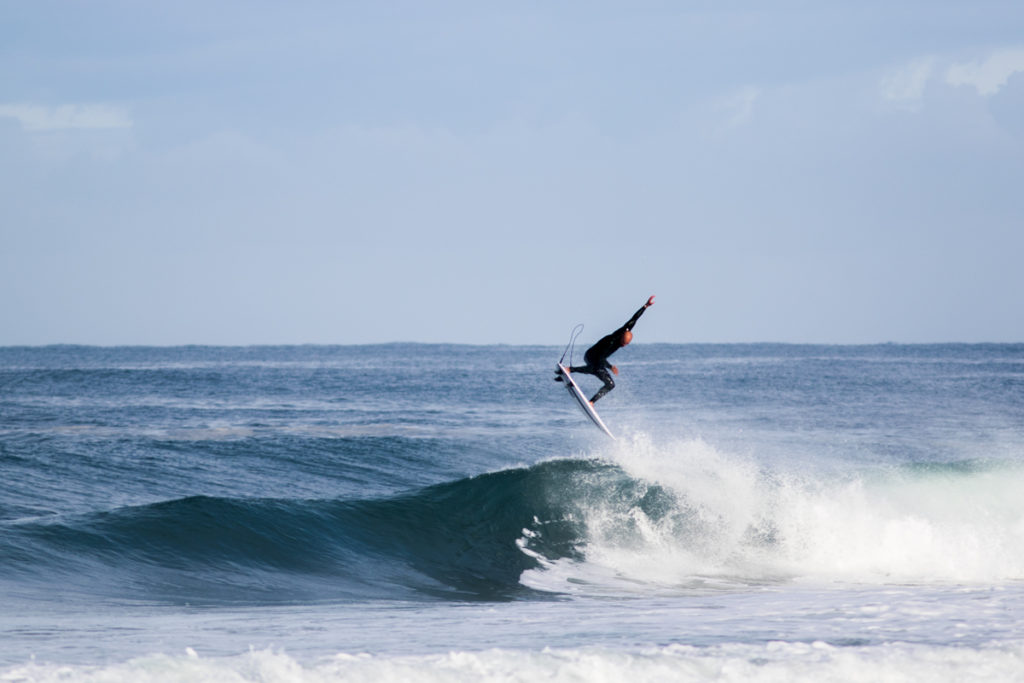 After touching down fresh from playing Ohana Fest with Eddie Vedder three days ago, Slater says he was only just getting over his jetlag this morning when he paddled out for his warm-up surf at La Grav. You wouldn’t have known it to watch him though, as he picked off some of the longest tubes of the session and stuck punts reminiscent of the GOAT of old.

He later explained to Rosie that he’d intended to rock up to the comp site five minutes before his heat, but ended up arriving a little late. When he got there he realised he’d buckled his board in the free surf, but decided to surf anyway. Unhindered by his waterlogged craft, he managed a 7.17 and 6.67 seeing him comfortably through to the next round. 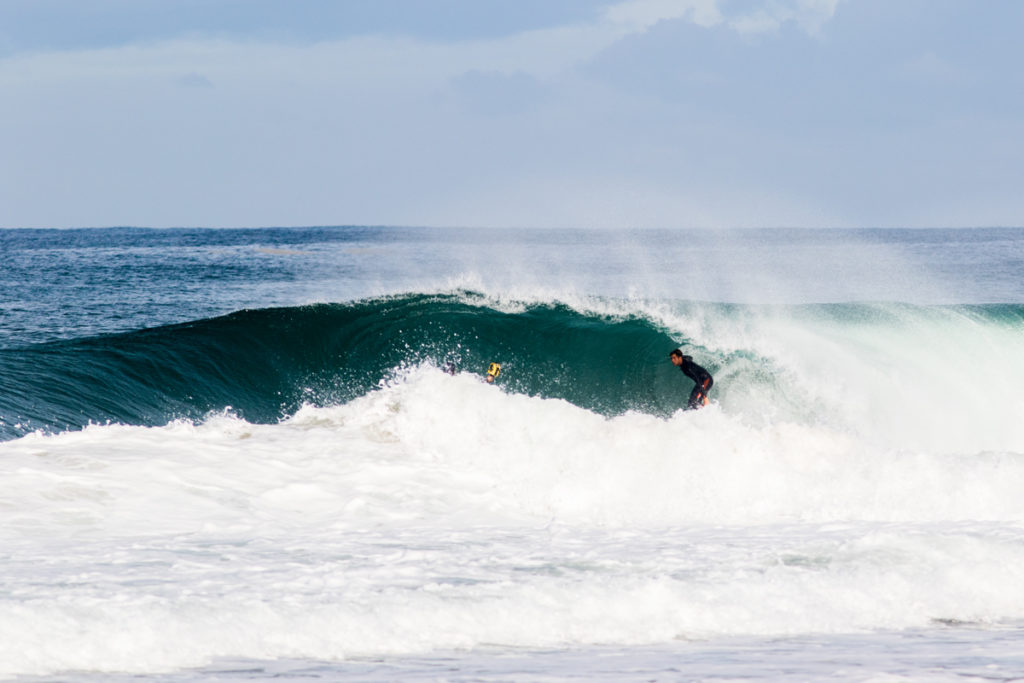 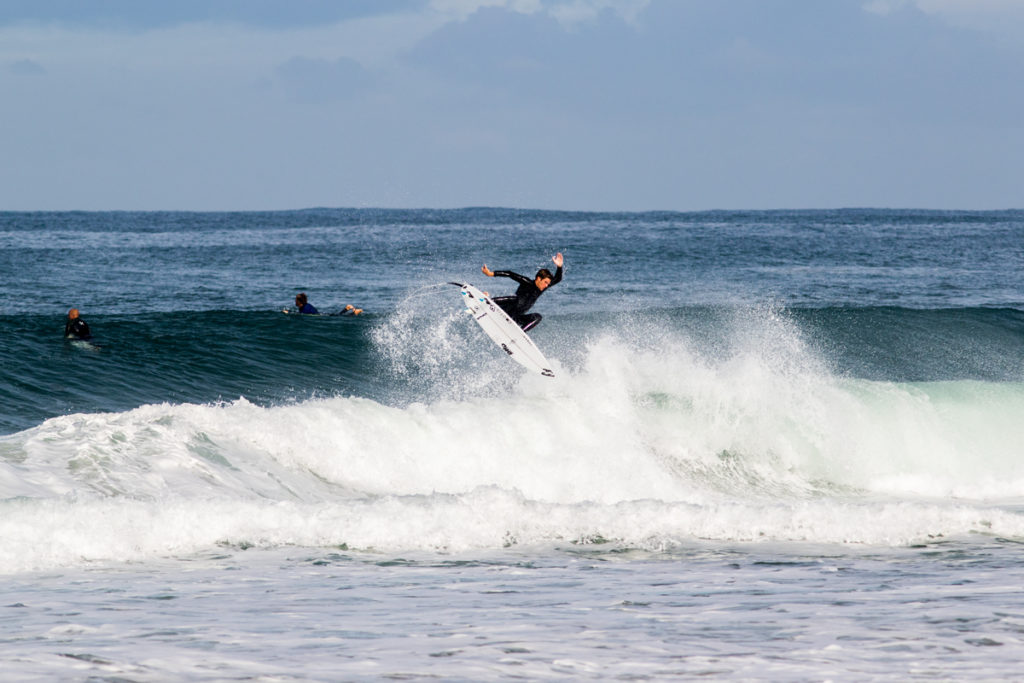 Becret, with a barrel and a full rotor from the same wave. Catch the full sequence in our instagram story. Photos @lugarts

Among the dense pack at Graviere, there was only really one surfer challenging Slater’s dominance; young local ripper Justin Becret, who matched the GOAT’s excellent tube rides and lofty airs ride for ride. While we’re stoked to see Mignot, Lacomare and Couzinot get the wildcard call ups, we hope Becret will get a shot sometime soon, as if this morning’s anything to go by, he’d fare pretty well against the world’s best in these conditions.

The forecast is changing shape with every hour that passes thanks to the unpredictability of Hurricane Lorenzo and his aftermath, but it looks like there could be at least a few windows of crazy waves over the coming days.

Keep up to date with all the goings-on around the event here and on our Instagram.