The last few winters have been all about the named storms.

Notable monikers from yesteryear include Eleanor, Brian, Ophelia, Hercules, Doris and Imogen, but here we are, at the end of February 2019, without having had a single one worth getting excited about.

According to the Met Office, there has only been one storm worthy of naming at all so far this year- Erik- and his swell generating capacity was limited. Instead, our surfing highlights from the year so far have come in the form of a sustained run of groundswell accompanied by clear skies and delightful offshores and we certainly haven’t been complaining. However, it looks like that’s all about the change.

Sunday will see the arrival of Storm Freya, bringing pissing rain, howling westerlies and a big jumbled swell. While exposed beachies have been the go-to for the last few weeks, enjoying Freya will be all about seeking shelter. 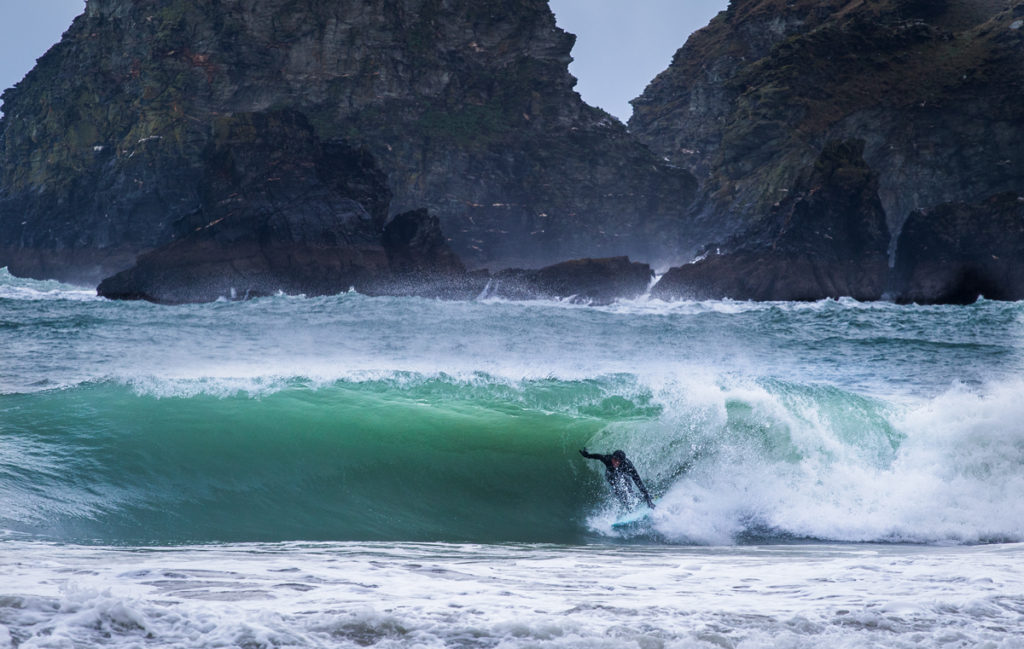 In Devon and Cornwall, the swell looks set to peak Sunday night, with a 20 foot southwesterly pulse. The angle is good for wedgey north facing bays, where a wrapping swell will be met by very strong cross-offshore SWerlies. 59mph gusts will render most places un-surfable so head to your most wind sheltered spot and hope for the best. On Monday the swell drops a touch, with both swell and wind direction swinging round a little more westerly. In South Wales and along the channel coast, the size and angle of the swell look good and those able to hide from the howling westerlies should enjoy a fun day of waves.

Tuesday is more of the same with slightly decreased heights and the small chance for a window of lighter, more favourable winds and possibly even some SEasterlies just before last light. This looks very dubious though and is undoubtedly liable to change. On Wednesday and Thursday both wind and swell go NNW in Devon and Cornwall, but an intriguing little secondary swell suggests there may be a few options along the channel coast.

On Friday Freya departs, however, long-range charts are suggesting there may be a sizeable pulse pushing in behind her, which could greet us as early as next weekend. Stay tuned.