Today’s Worst Surfboards  Hypto Simmons Catch SUP... it's not you, it's me. Actually, it might be you.

The modern surfboard buyer must contend with a variety of puzzles.

Aside from choice paralysis in terms of models, shapes and sizes, aside from more binary PU/epoxy decisions, there is the ever-present threat of ending up with a board that doesn’t ‘go.’

Unbelievably, there is perhaps an even worse outcome. A worse fate to befall the luckless owner; a board that is hard to love.

Sure, that might be very closely related to whether it goes, but possibly not. Maybe it’s just the result of a logo placement miscommunication, perhaps a custom spray gone awry.

Maybe, just like with human relationships, you simply woke up one day and felt… different. You went to bed, very much head o’ heels, and yet here you are staring across the breakfast table wondering,

“How can I ever have been such a fool to think that I ever really loved you?”

(It is unlikely to be purely coincidental that you’ve just noticed that they make a chewing noise, a bit like a horse, complete with clicking jaw, when they eat.)

Most likely though, it’s a reflection of how the board makes you feel about yourself, about the culmination of life choices that ended up with you here, today, walking back across a lonely beach after an unspectacular surf, with it under your arm. 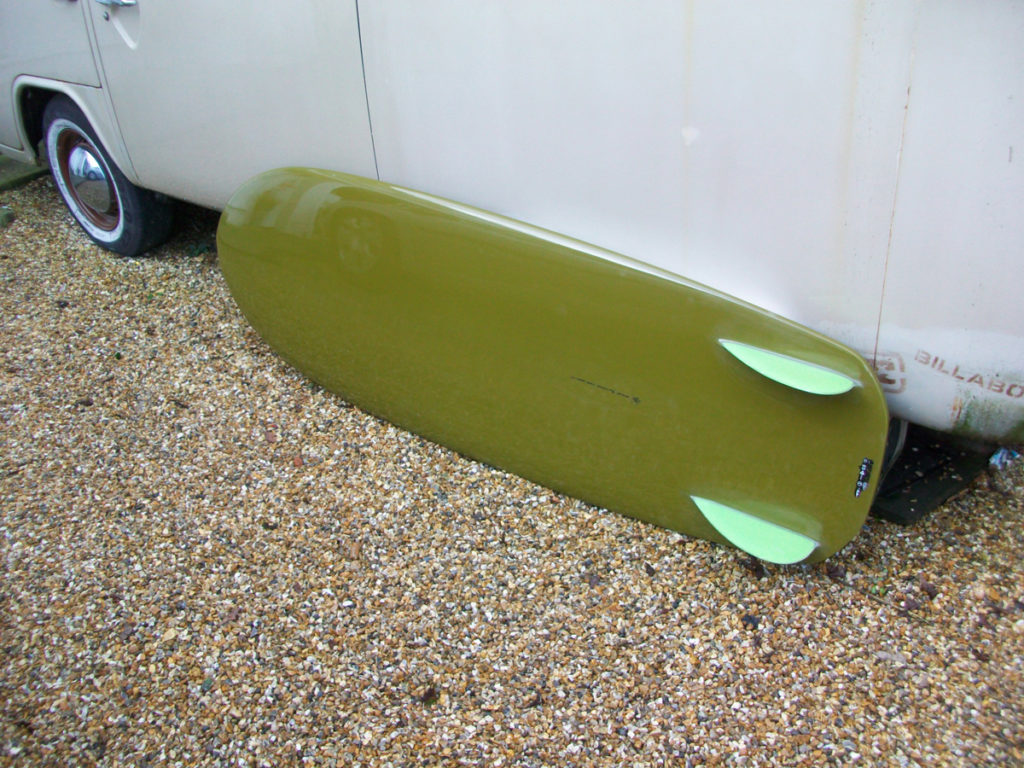 There’s nothing in life more regrettable than that which what was just recently in fashion. There was a time, a mere half-decade ago when you couldn’t move for ‘Mini Simmons’ and their top button done up, rolled up beanie bellend exponents, championing their virtues. Surely you recall Russian film camera-toting, ‘survival kit’ pic taking individualists?

At one point, at the peak of their popularity, in your average mid-latitude slop lineup, you could have done like Bond dd in Live and Let Die atop the crocodile’s heads, and minced across a sea of Mini Simmons stepping stones without getting your Stance SocksTM wet.

Alas, much like all vertebrates at the end of the End-Permian Extinction, suddenly, they were nowhere to be seen.

Unlike the dinosaurs, who had an ecological role, a function in their universe, we are left to wonder why the Mini Simmons ever existed? Ever seen anyone surfing well on one? Not professionals, not folk who get paid to make hard stuff look easy, just a regular bod angling down the line on a thick rectangle of surfboard?

“Unlike the dinosaurs, who had an ecological role, a function in their universe, we are left to wonder why they ever existed”

Got idren who come to wave slaying via different branches of the stoke tree? Or even different species of shrub in the shred forest? Snowboard, BMX, skate, etc? Sure you do. We’re all but part of Jah’s rich tapestry, after all.

They twirl the handlebars, or do flips and get that same stoke rush. Then enjoy a delicious 35cm tall tin of Monster.

We’re all in this together.

They want to get more into riding waves of course, realising there’s significantly less chance of snapping a femur and, well, surfing’s fun, after all.

Thing is, those are the surfboards that perform least like a skateboard. Their terrestrial equivalent would be those Snakeboard thingies from the 90’s, kind of like two roller skates and a really thick cable tie that you had to constantly wiggle wiggle wiggle wiggle wiggle to keep moving.

A surfboard that gives that push off and roll regally, turn with your ankles feeling? Probably a log with a belly. But try telling that to your cross over bud as he drools over the noseless 4’11” quad. 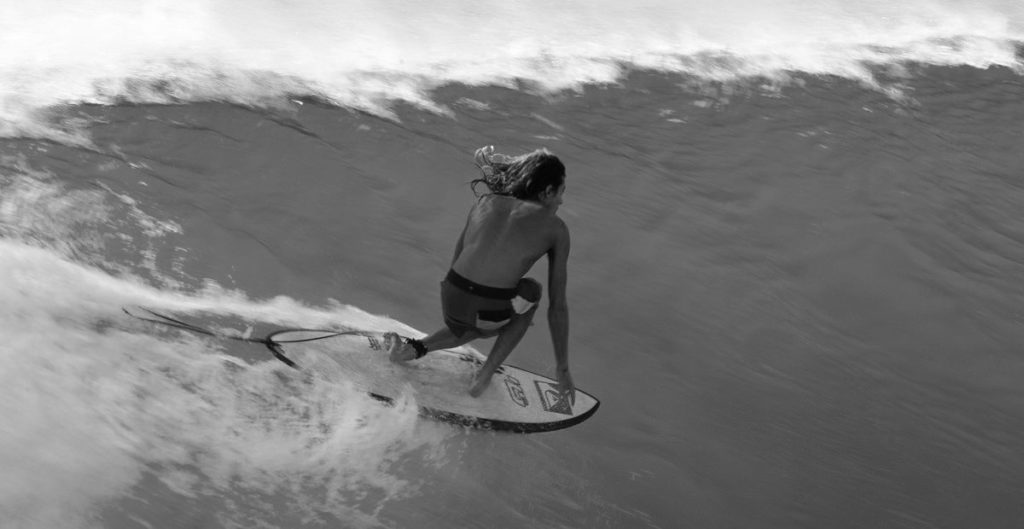 The Hypto is a great board of course, commercially, performance-wise, they’re up there with the best of the best. Plus it’s hard, nay impossible, to argue with Ando’s back knee. I’m certainly not about to try.

However, they are probably the only surfboard proper noun that can be used a diss.

Case in point from the last clean swell weekend here:

Him: “F*cked up man, out of control. I counted like 13 Hypto Cryptos on the beach waiting to paddle out.”

Alas, the Hypto devotee suffers not from any perceived performance deficiencies of the craft, but as a social slur, being seen as a bit of a victim of unfettered consumer capitalism. As some kind of interloper with more access to online store and 8 hunge (or whatever they cost) than is considered appropriate by the (self-appointed) arbiters of taste and decency.

I am by no means a Hypto hater, I’m merely reflecting your own the mood music back at you, in the time-honoured tradition of my journalistic trade. 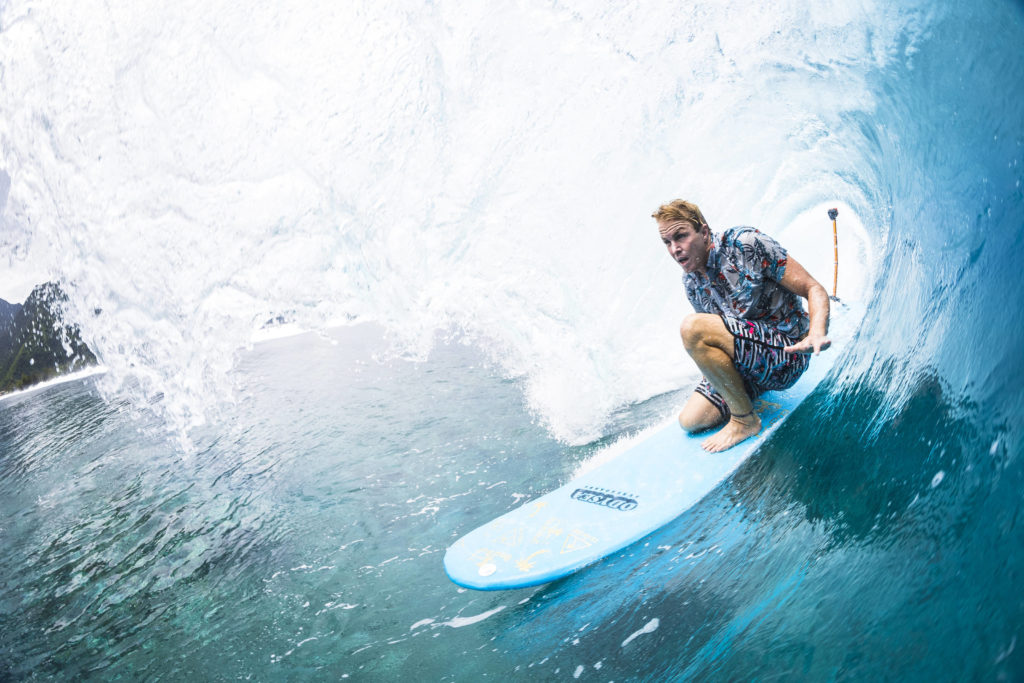 The Catch Surf conundrum cuts right to the very core of our shred identity. Their virtues are many, and largely practical. Any and every surfboard design will have its drawbacks, of course. The Catch Surf softboard? Sure, there are hydrodynamic performance limitations, probably.

But the main one is emotional. The Surf C*nt Paradox.

The lurid softboard proposition requires overt expressions of having fun, all the time. Whimsical. Frivolous. Fun. JOB in his pyjamas. Poopies in his Speedos.

That joviality, feigned or otherwise, is readily forthcoming on the hottest day of summer. Party waves! Pullin into dry shoreys chugging a beer. But seasons change. Moods darken. We’re left with the spectacle of the grumpy, miserable local, face like a slapped arse, on a bright pink 5’4″ ‘Beater’.

It’s the surf craft equivalent of, when you’re in a huff, some tit going, “Come on! Smi-ile!”

Your surfboard should be the facilitator of your vibe, not dictator of it. Catch Surf is the surfing equivalent of the office Christmas party’s forced fun.

Full disclosure: I worked on the broadcast of an APP World Tour SUP surf event in Barbados in November and had a total hoot (didn’t ride/touch one, btw).

However, it didn’t escape my attention that the performance SUP is going to the way of the potato chip shortboard. They don’t paddle. In the lineup they’re at best 2ft underwater, at worst, sunk. The SUPers in the event wanted to lie down to paddle em back to the lineup (but get yellow-carded by the priority judge). They don’t paddle. They’re called Stand Up Paddleboards.

The idea, of course, is performance. It’s no longer about 8’0″s, you don’t need all that volume, weight, thickness, extra feet of nose. There is a direction of travel with that logic, of course, and stark realisation coming at the end.

You don’t need the paddle, either. You could just, you know, stand up after you’ve caught the wave.