Welcome To St. Ives, Cornwall The picturesque town that made surfing an art form

When the sun shines in St. Ives it paints this Cornish town in colours so rich and vivid, it is easy to see why so many artists have made it their home over the years.

Famous around the world for its ‘light’, many people say that the unique azure blue of the water is thanks to the sand, ground down from the granite cliffs. But as surfers, we know that this sand does more than just reflect the light and inspire painters.

With the iconic Tate St. Ives gallery, artists’ studios and a graveyard out front, and fields and cliffs disappearing off to the west, Porthmeor is a town beach with a country feel. At times it behaves like a Cornish beachie; at times it can feel more like a reef. 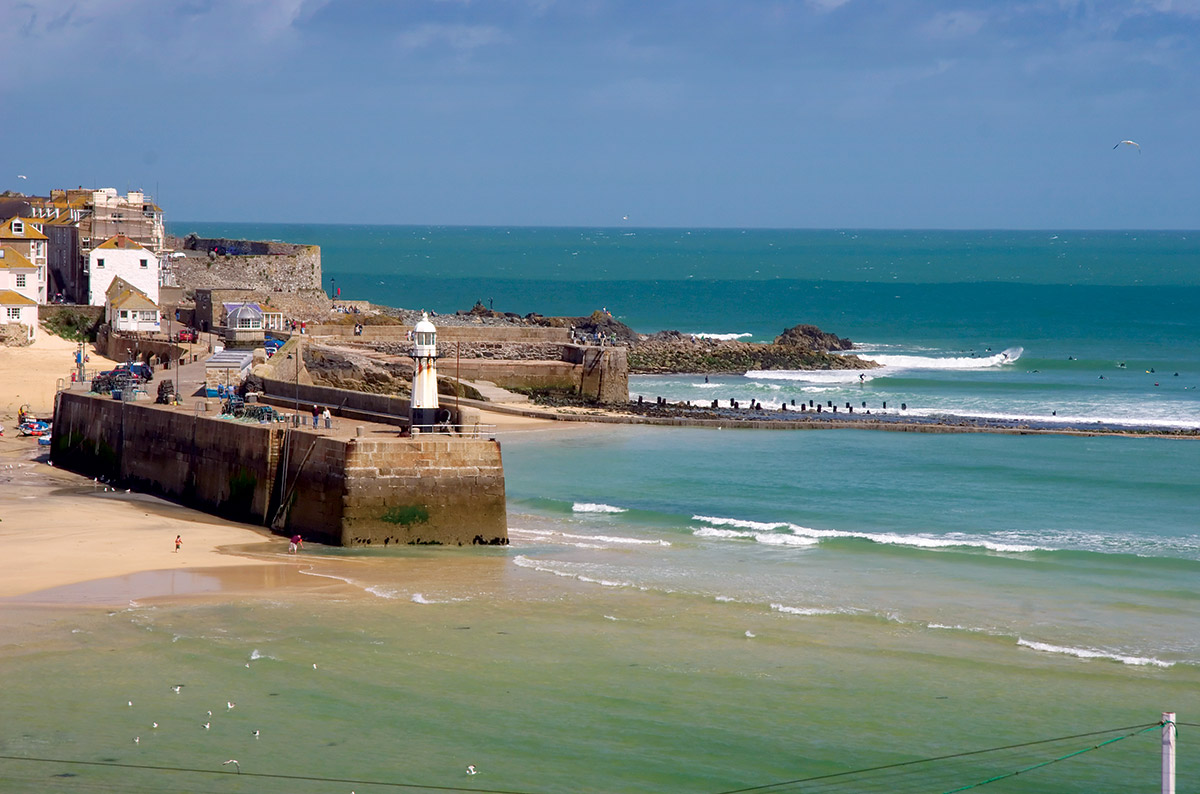 To the west is Kiddies Corner and to the east is the wave we call the Boiler, a heavy, sandy, shore-break barrel, which gets its name from the last bit of the Alba, a shipwreck which over the years built an amazing sandbank.

As well as Porthmeor, St. Ives is littered with a wealth of beaches within walking distance of the town centre, such as Foxholes,  Porthgwidden, Porthminster and sometimes the grommets even walk the train track to Carbis Bay.

Within 25 minutes we can drive to Land’s End, Porthleven, Perranporth, and all the countless waves in-between them. The beaches are the focal point for everything; the artists paint them, the kids play on them, the teenagers get drunk and roll around on them, businesses build around them, and surfers look back at them from the line up.

Here in St. Ives we surf, party, skate, hang on the beach and generally love life

There are pages of names that should be mentioned here, but they all know who they are – they surf because they love it. Some teach, some work up trees, on building sites, kitchens, lifeguarding, some are big in business, some are artists and some just get by, but when it’s on, they will be on it.

A lot of the time you won’t see a person for weeks or months until the waves are on, at which point they come out from corners, caves and coves close by. They are friendly folks that love the ocean and wouldn’t miss a day playing in it. 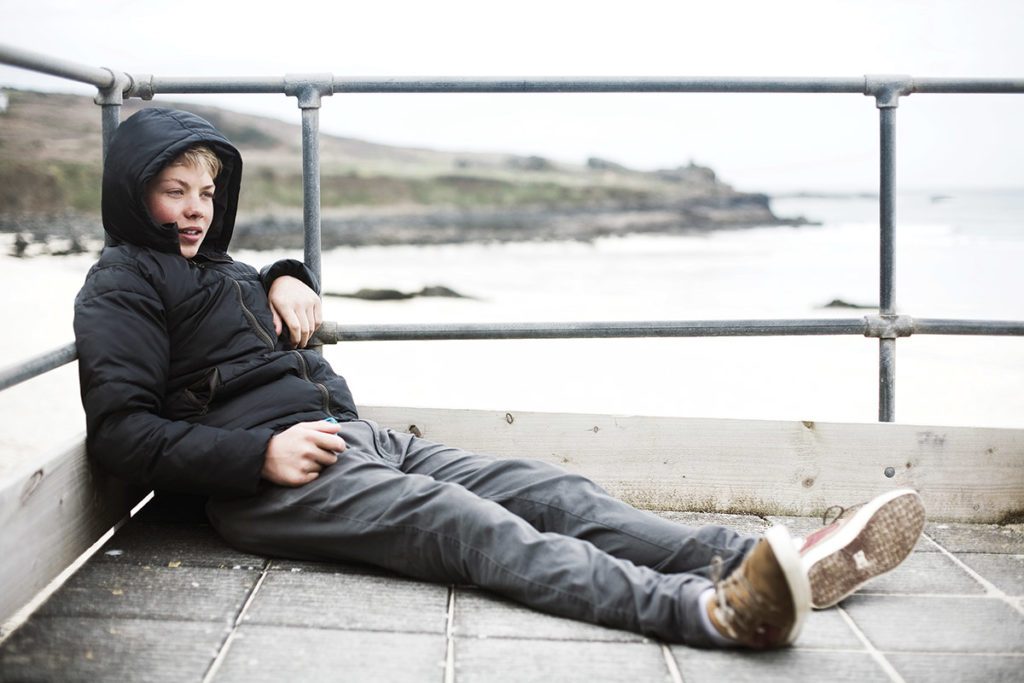 Bodyboarding was once huge and really pushed the level of surfing here, but it seems that the waves don’t really allow for much practice these days and it is becoming a lost, but not forgotten, sport in St. Ives.

Bodyboarding has taught some of the best stand-up barrel riders how to approach heavy waves, where to sit, and how to take a beating. Most of the boogers have taken to surfing on a world of different crafts and most days a crazy mix of longboards, thrusters, twinnies, bonzers, hybrids and SUPs are floating around.

The town never looks or feels tired, it’s full of new faces and families in the summer and in the winter it feels romantic like a Mediterranean fishing town. It can definitely feel crowded in the holiday season, but we love the summer; we love the long nights, the visiting girls and boys, the heat, the work and the money that it brings. 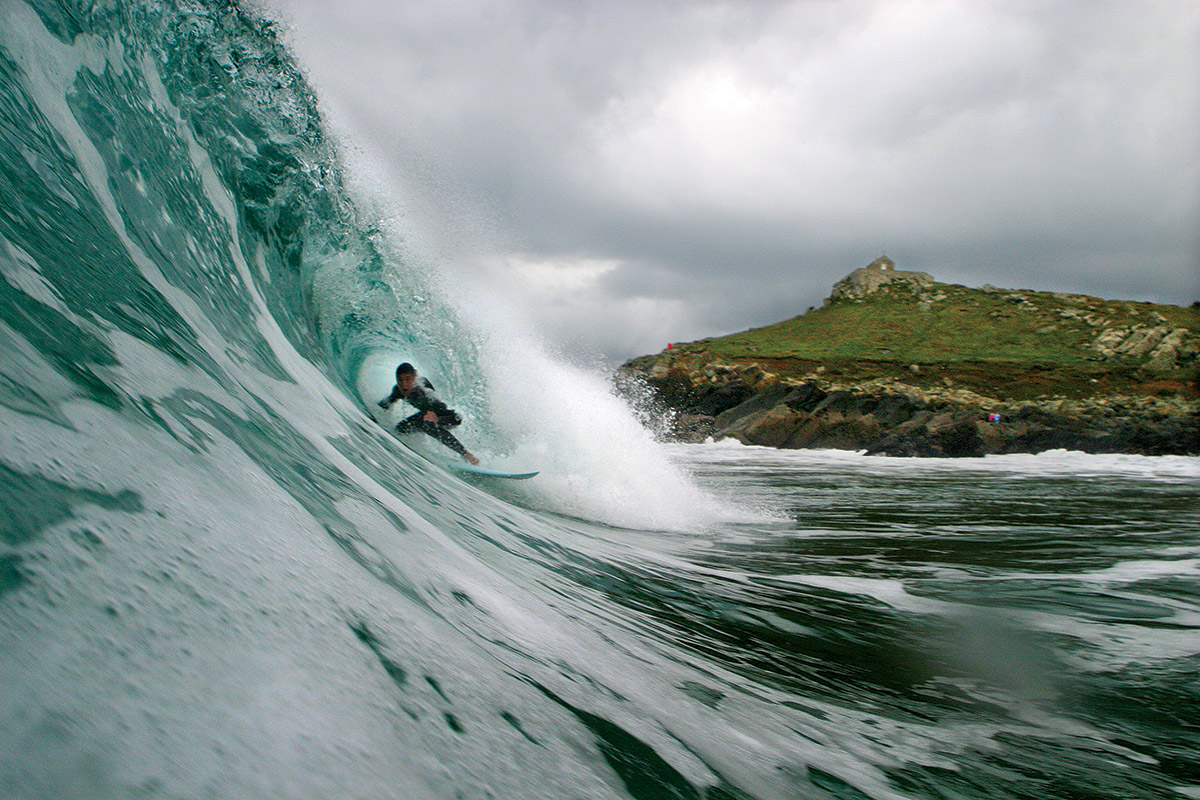 We love the BBQs, the surfs after work and school, the sun-dried salt, the ice creams, the camping, the night clubs, bars and the hustle and bustle. But we also love what the winter brings to St. Ives; the long range swells with their prevailing south-westerlies which Porthmeor can handle. Living here, it feels as though life has smiled upon us and for that we are grateful, but there is a dark side to such a pretty place.

Most people live outside of the town centre, in the overspill and countryside, too poor to live in it, too in love to move away from it. House prices are high and low paid jobs mean that holiday homes are now 2:1 in St. Ives. Recently Weatherspoons, Pizza Express and Subway have moved in for their cut, making many feel like this town is losing what it was once famous for.

But do we really care? None of that takes away what makes people laugh, love or smile, and the beach plays a huge part in that. From all of the schools you can see the ocean, and from the town you can see the surrounding Cornish countryside; green and grey. St. Ives has a community like no other; we won’t leave jokes alone, we rock up to parties in the bus-load and go three in a car to the waves.

Again, it ain’t all sunshine and lollipops; it does rain here, we are without a nightclub just now and we all miss Breakwater working. People from nearby Penzance call us Scalybacks because we used to fish their waters, and the people from Hayle think we are snobs, but we all love each other really. 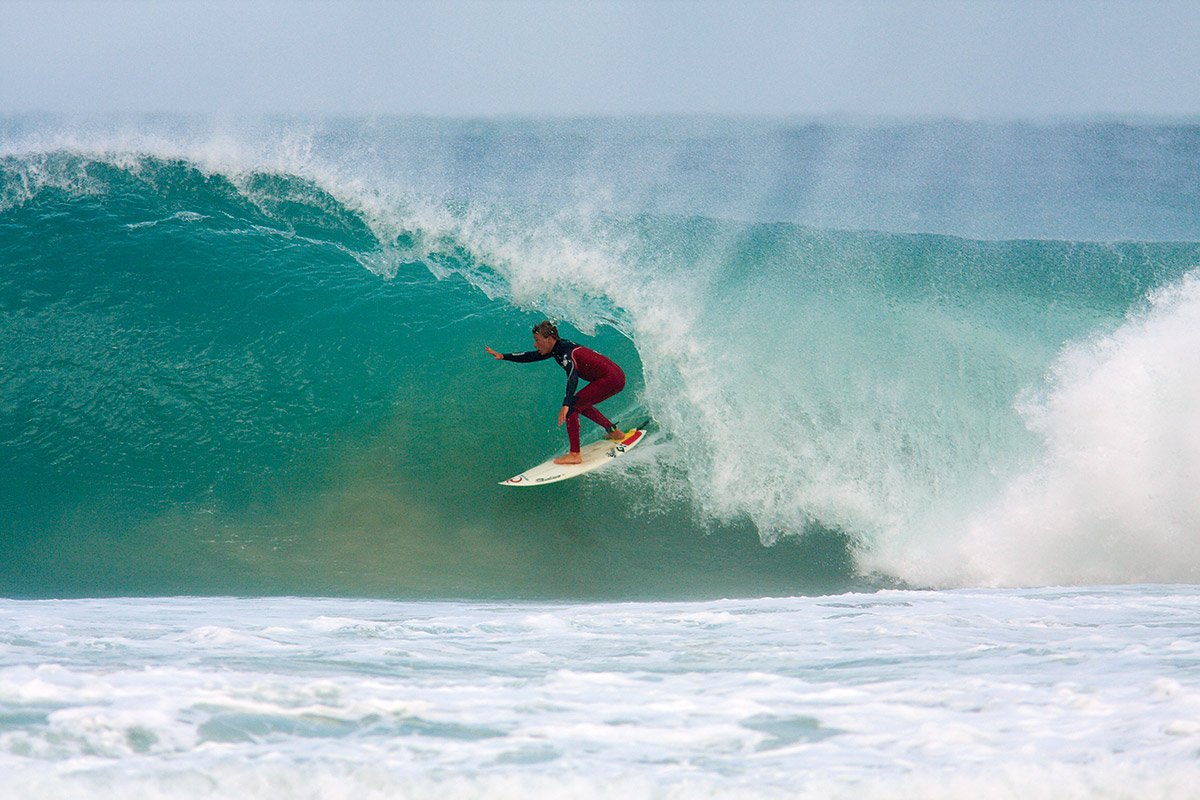 It seems that in the last decade, the whole Penwith area has become a big community instead of a load of fishing villages, thanks in part to club nights like Love Riot, My Heroes Killed Cowboys and the Masked Ball.

So what’s happening now in St. Ives? Within surfing we have guys pushing big wave riding on an international level, groms who are blowing up, seasoned comp surfers getting results and a lot of people just enjoying the ocean.

The Greenaway Pro mini-fest is rumoured to be returning this year, marking five years since the town lost its brother Tom – he has been missed every day since.

St. Ives is cool, it’s out there, vivid and real, it’s a dirty mix up. It has some very wealthy inhabitants and some equally poor ones. There are creative people, intellects, old Cornish grafters, singers and dancers. It’s not a surf town or an art town, it’s just wicked little corner of coast in the far west of Cornwall. We like the name, the location and the myth that a small Irish woman floated from her home on a leaf and named us.

Pasty, ice cream, beer and tattoo shops are everywhere. Two of the best waves in the town rarely break, so it may not be the best place in Britain for waves, but it’s bloody fun and the level of surfing is getting higher and higher. Here in St. Ives we surf, party, skate, hang on the beach and generally love life. It’s an epic little town.

This article was originally published in Wavelength issue 227. Be the first to get our articles in print and online by subscribing here.