Brighton Bangers: 10 Shots from the UK’s most Popular Seaside Resort

London-by-the-sea certainly isn’t backwards in coming forwards, stag and hen parties prowl the 400 plus pubs, the city is wonderfully the gay capital of the UK and the locals, including Fatboy Slim, Adele and Chris Eubank are blessed with the worst performing train operator the world has ever seen (not that they would need to lower themselves to use the appalling Southern Rail franchise). But what of the surf in the UK’s most popular seaside resort? Often maligned as ‘windslop for the desperate’ Brighton struggles to deliver predictability and regularity and some infamous spots have long since disappeared. The sandbars of West Pier for example form distance memories of which parallels can easily be drawn with the ruined ghostly structure itself.

It’s like a travelator, and impossible to get out from the beach

The Palace and West piers of Brighton are probably the most exposed, and least surfed spots in the area now; “Palace is best avoided altogether and definitely on a westerly as it’s like a travelator, and impossible to get out from the beach one to two hours before high tide, not to mention the onlookers from the beach watching you tackle the hefty shoredump on the way back in” Daniel Satchell a local longboarder told us. When the stars do align though Brighton and surrounding areas deliver rewarding waves to feed the thronging and thriving local surf scene and it is certain that those who hit the waves week in week out are some of the most committed the country has to offer, with probably the best understanding of the technicalities of time and tide.

From crowded chalk and flint reefs to disappearing beachy bottoms it is a wonder anyone persists, but Brighton has a rich surf history dating back well over 60 years and locals can still hook themselves up with two times English Masters champion, Cliff Cox  – when he isn’t showing us all how to do it, he is out there teaching the next generation. 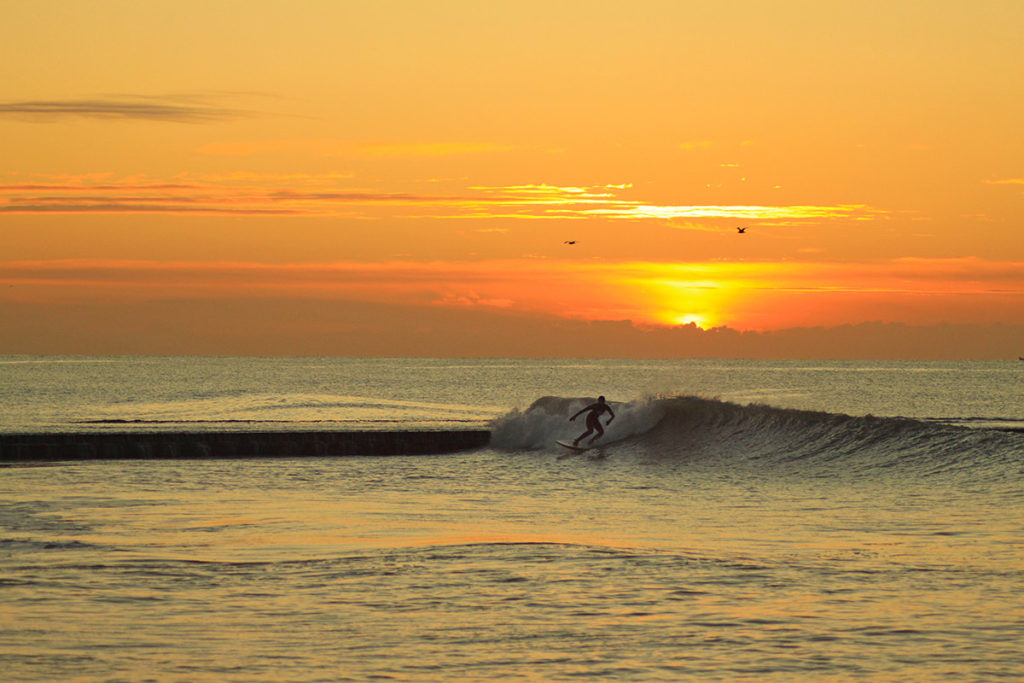