Why Do Britain’s Transport Operators Really Hate Surfers? We've got an axe to grind! Come and get furious with us...

Many surfers over the age of 65 will relish in telling you about the days when the wider public harboured a healthy dislike for surfers.

They’ll tell you tales of being hassled by the police and derided as dope-smoking dropouts by the parents of their lovers, who were sure a surfer boyfriend would run roughshod over their daughter’s finely woven moral fibres. 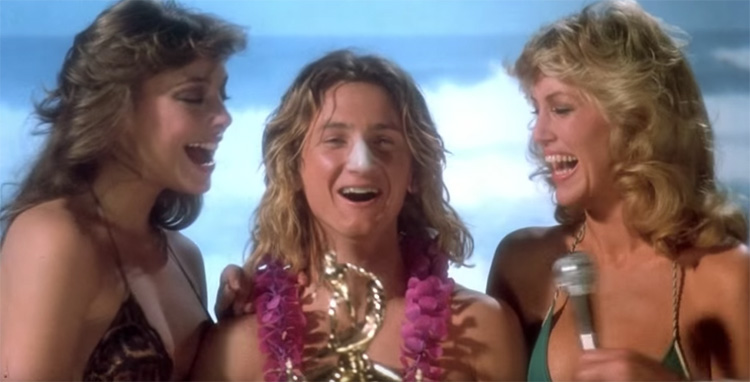 While the rest of the world has moved on in the half-century since- even coming to embrace the image of surfers as active living and enlightened when advertising everything from energy drinks to overpriced perfume- there is still one section of society that has no time for our kind. I’m talking of course, about the operators of Britain’s various means of public transport.

The other day we received a message from a trusted correspondent, who had just embarked on the first leg of his Indo transit from Newquay airport, informing us that the surf-hating bureaucrats at Flybe had decided you can no longer fly in or out of the nation’s surfing capital with a board longer than 5’5.

That means, unless you’re rocking a quiver featuring only the tiniest of toothpicks, your beloved sleds are persona non grata!

“There was a pile of discarded surfboards behind the check-in desk,” he told us, “I’m guessing left by disgruntled surfers. I had to add my 7’0 to it!”

Another local surfer added that this rule is also not the least bit clear on the Flybe website, posting this screenshot accompanied by a Facebook rant after he too was forced to abandon part of his quiver on the way to Indo: 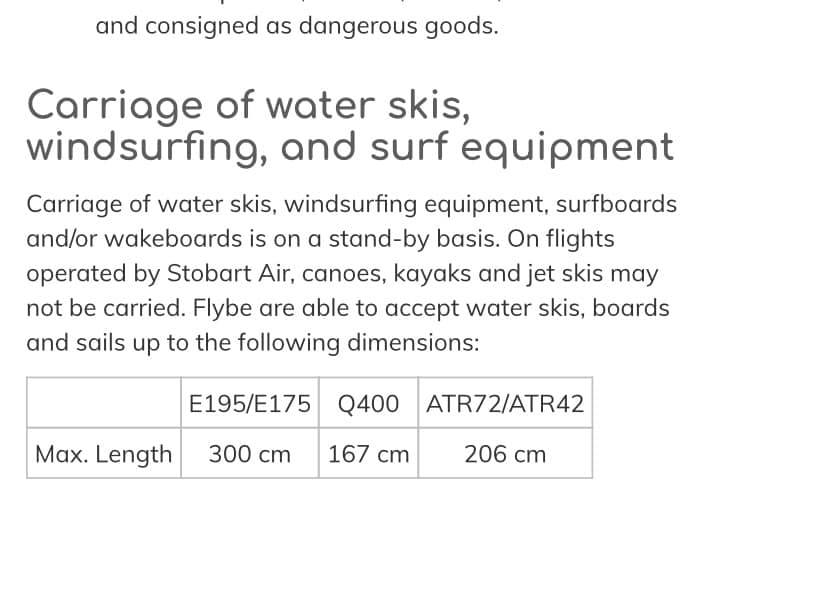 “How the hell you supposed to know what a Q400 is when checking their baggage limits. I saw 300cm and figured I was sweet!” he fumed.

As a surfer, you’ve got to internalise a hell of a lot of jargon to get on, but historically obscure airline baggage reference codes haven’t been included. Apparently they should be now if you want to take your stick on holiday.

“No matter,” we hear you say, “Flying is terrible for the planet anyway, I’ll just hop aboard one of Britain’s roomy lo-comotives for all my national surf travel needs instead.”

Well no you bloody won’t if it’s the south west you’re heading to! Immediately after featuring a pack of steely looking surfers in their TV Ad, Great Western Railway banned surfboards on their trains.


Apparently the decision was due to a new engine carriage design, which eradicated the space where boards used to go to accommodate 25% more passengers.

Oh, with all those extra passengers the trains must be cheap as muck! Nope. In fact, a return to London Paddington costs a whopping 115 quid- which is only 40 quid cheaper than the cost of a return flight!

When it was pointed out that Great Western still allowed bikes, which take up roughly the same amount of space, width-wise, as a standing surfboard- company rep James Davis was quick to respond that while they did indeed take normal bikes, they didn’t allow tandem ones, which I doubt made anyone feel better. 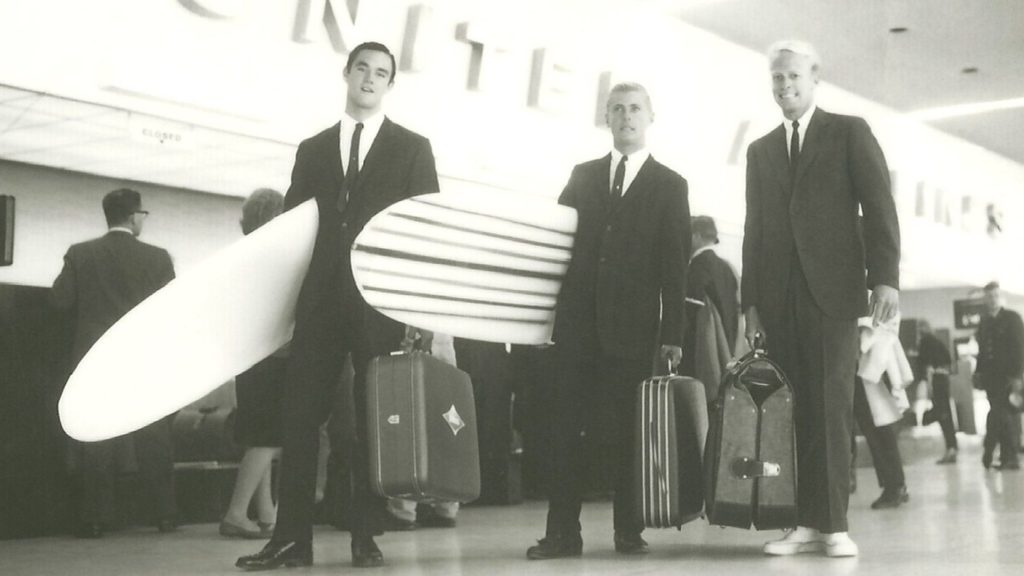 Bruce Brown and Endless Summer stars Michael Hynson and Robert August breezing through an airport with their massive boards back in ’65. Photo Bruce Brown Films

So what about coach travel? According to the National Express website, you might be able to bring your surfboard if there’s space available, (read: if the driver feels like it), but you won’t know until you arrive on the day of your journey.

Although frankly, we wouldn’t wish a 7-hour coach journey, squished against a coughing and spluttering stranger, or a greasy head smeared window, on anyone- except for maybe those responsible for the train and plane luggage policies mentioned above.

Cover: There’s only one thing for it, you’re just going to have to learn to surf without a board, like Trevor Gordon here, from this clip.