Some surfers are not happy about the environmental impact of a proposed wave-pool complex in Devon. But are they right to be complaining?

Last week it was announced that plans for a £200 million surf lake and mini Eden Project near Tiverton are to be looked at by a planning inspector.

Plans for the development have been in the pipeline since 2002, however they’ve been subject to a series of hurdles and delays. The project’s current incarnation would be funded via a partnership between the Eden project and investors Friends Life.

“The Eden Ark will be at the centre of the scheme that will be split into four zones” reports Devon Live. “It will include a hotel, a visitor hub, an artificial surfing lake, a food hall, outdoor play areas, cafes and restaurants, shops for small businesses and a designer clothes outlet discount shopping centre… The surf lagoon will be at the heart of the outdoor adventure zone, similar to Surf Snowdonia, Wales.”

Some surfers didn’t greet the news with the usual waves of excitement that accompany such announcements, with many questioning the need for the complex so close to quality surf and others claiming such a large commercial development, including an energy hungry wave pool, clashes with Eden’s eco commitments. 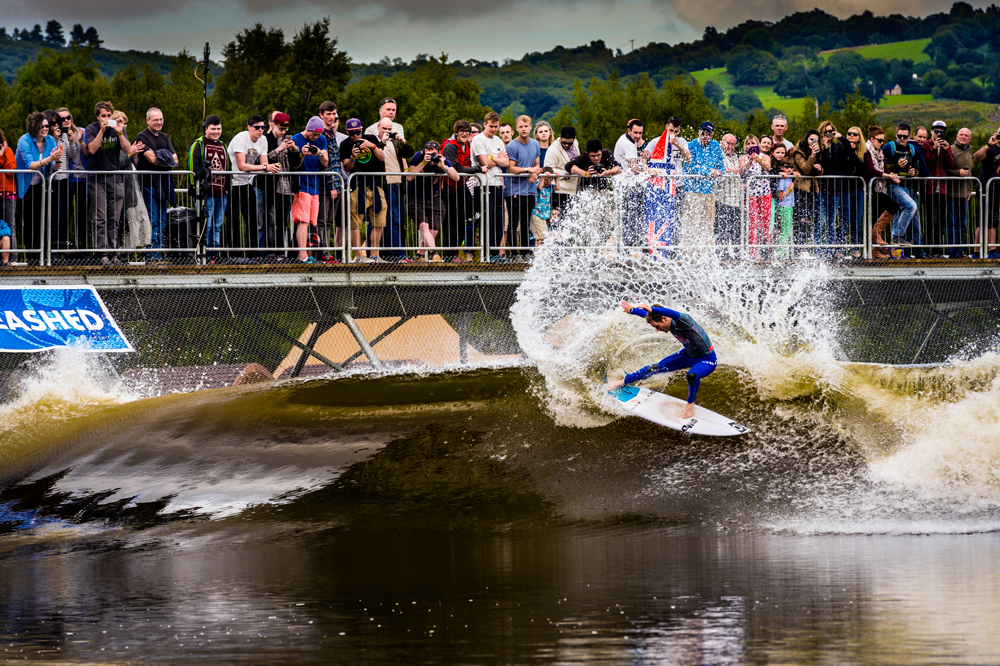 Slater’s pool for example, runs entirely off solar power and is working towards becoming completely carbon neutral. Surf Snowdonia was built on the site of an otherwise destitute ex-quarry, with little promise of development, with tonnes of industrial waste removed or recycled throughout the construction process. The pool was filled using rain run off from nearby streams meaning no water is wasted. However, they don’t currently use renewable energy to power the plough. Presumably because sun isn’t as abundant in the rolling hills of north Wales as it is in the dusty plains of central California.

In terms of social impact, Surf Snowdonia has created 109 jobs and attracted 150,000 visitors in their first season alone. Although the influx of visitors has caused some inevitable whinging about parking, the masses of cash they’ve brought with them has been incredibly positive for the region, adding millions to the local economy.

Now I don’t know about you, but I’ve never previously found myself making a b-line for the Tiverton junction of the M5. Maybe it’s a hive of activity and I’m missing out, or maybe there ain’t currently much going on there. Either way, a development like this would provide a massive influx of visitors to the area, comprising huge numbers of tourists and west country locals alike.

Accordingly, planners claim the facility would also provide 1200 jobs to ‘an often forgotten part of Devon’ as well as bringing all the educational and leisure benefits one would expect from a ‘mini Eden’ and a wave pool.

The Eden Project itself was constructed with as low a carbon footprint as possible, with sustainably sourced materials, super insulation. It also currently has a plethora of renewable energy generation schemes in the works. We assume any future developments would similarly be at the cutting edge of low impact building and look forward to hearing the details from Eden if and when planning is approved.