But why is the internet so angry at the man on the air mattress? Come find out here:

The latest run of waves at Newport Wedge has been undoubtedly one of the season’s biggest and most unruly.

Quinn Kasbar celebrated by taking his air mattress out for a spin, where he stuck this rather glorious air-drop on a solid Newport tee-pee:

While many rejoiced at the sheer lunacy and skill of completing such an absurd manoeuvre  in another corner of the internet other people found something to be really really annoyed at old Quinn about.

Kook of the day took a break from their regular scheduled programming to lay into Quinn, accusing him of leaving his unusual surf craft at the beach, rather than taking it home with him. 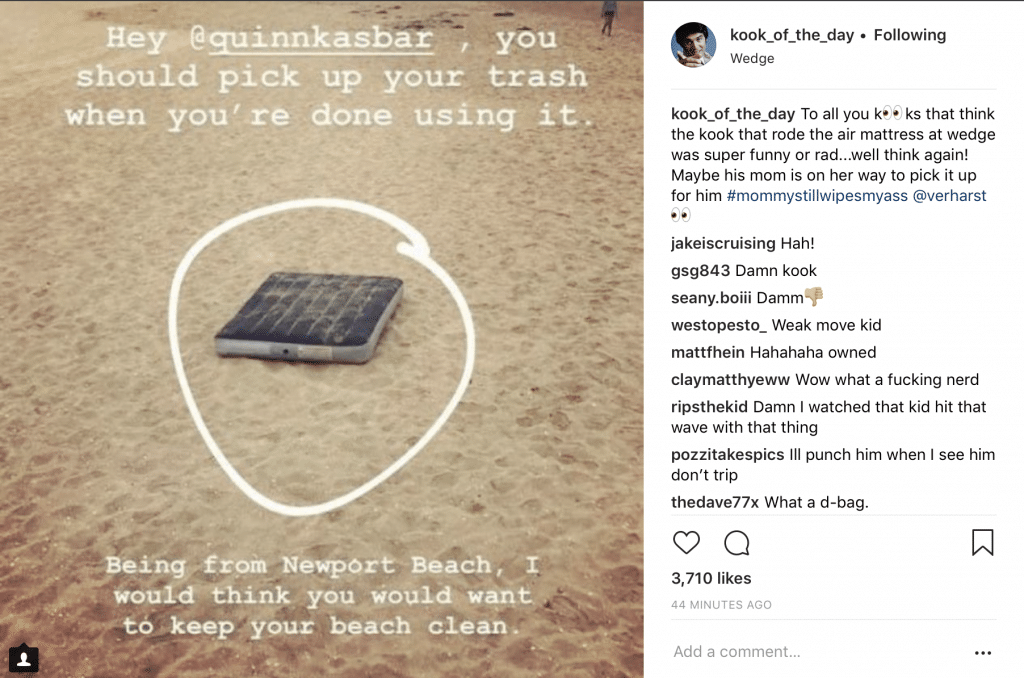 The misery loving, but apparently extremely environmentally conscious army of KOTD fans were quick to react and hurl abuse at Quinn. Whether he did or didn’t leave his mattress is as yet unconfirmed, however the internet jury has most definitely spoken.

At this juncture we’re not sure if whether it’s Quinn or the mob, but someones really managed to spoil what could have been a rare glimmer air-bed based originality and for that, we too feel fury!