Early this year, we were lucky enough to be invited along to join the Patagonia team for the launch of this years Worn Wear tour. From start to finish it was impressive and inspiring. After arriving thinking we already had a pretty good grasp of all that the brand’s does, we were surprised by just how much goes on behind the scenes as the company works to drag the surf industry towards a cleaner, greener future. 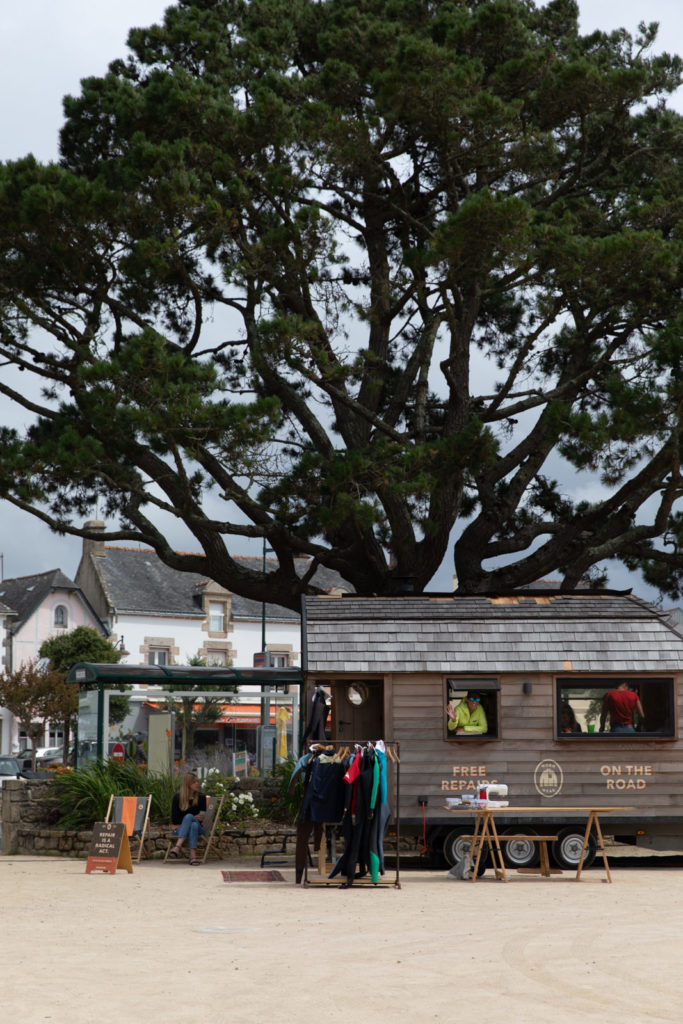 The first thing that struck us was the people. We were welcomed and looked after by a team that could not have been prouder of the company they work for and were willing to go above and beyond wherever possible for us. This mantra extends beyond how they work with people, into everything they do, as the teamwork to tackle some of the industries biggest issues. 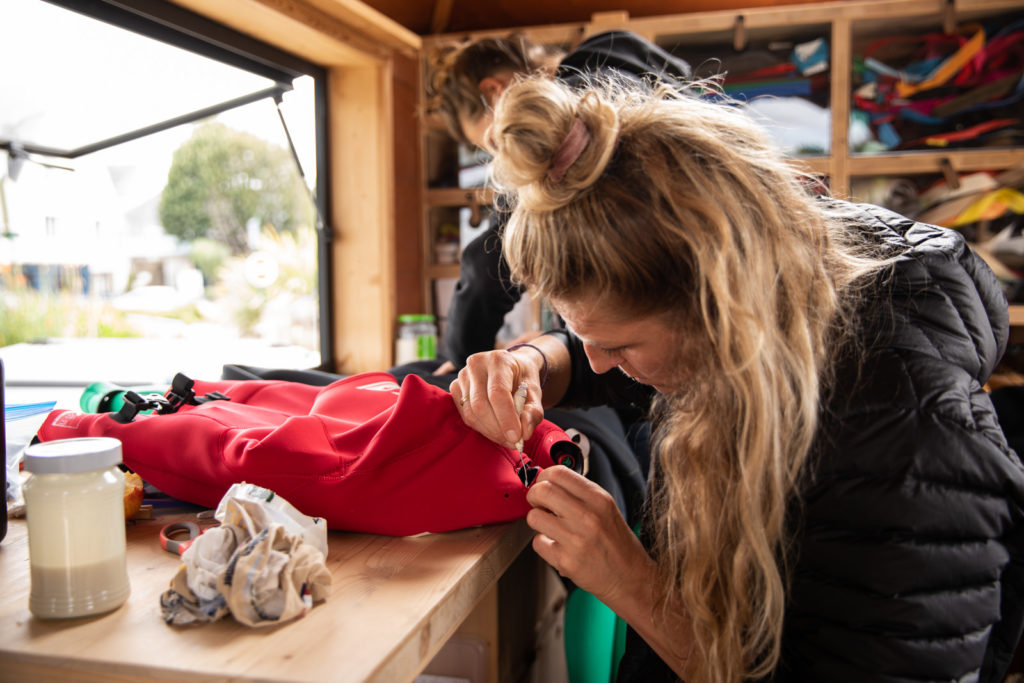 This ethos clearly comes from the top and with the brand’s 80-year-old founder Yvon Chouinard and his Wife Melinda still playing incredibly active roles in how the company operates. Every member of the team we spoke to mentioned Yvon and had their own tales to tell about the man who has done things his own way from the start. What makes Patagonia’s set up exceptional is the fact that they are still family-owned and run, their daughter Claire and son Fletcher (also a surfboard maker) are poised to take on the challenge of pulling the strings of such a loved business. It is this family-owned structure that allows them to operate with a planet before profit mentality without having to answer to big corporate investors. 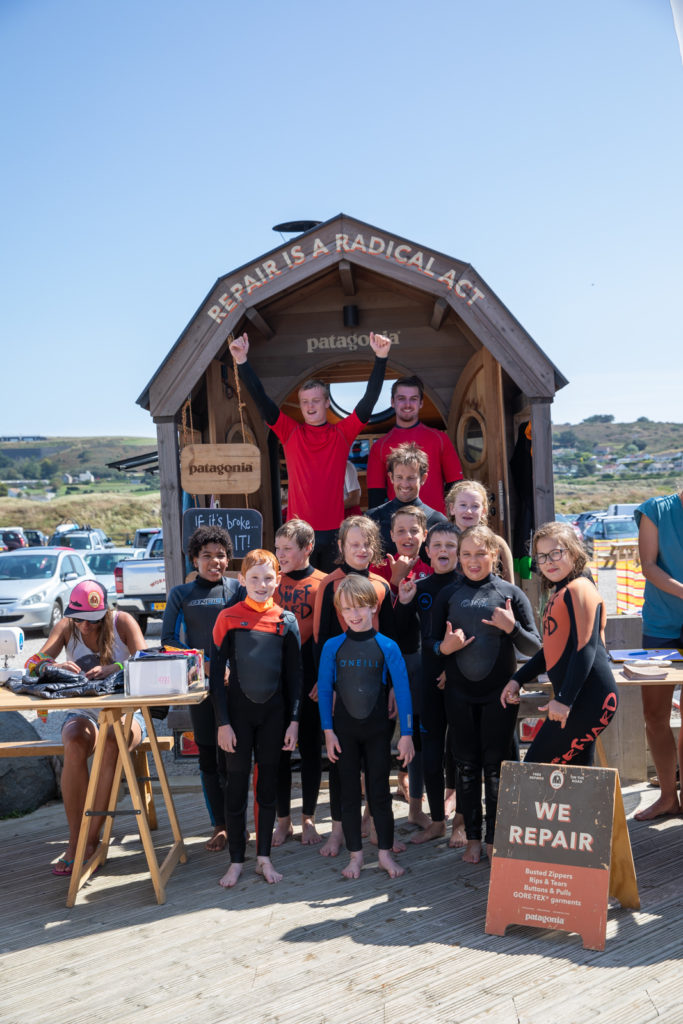 It is funny, they have got themselves into a position where they can do no wrong. Wherever possible they do things to make a splash and cause ripples of change in an industry and a time where overconsumption is killing the planet. They famously ran a full-page ad in the New York Times shouting ‘Don’t buy this jacket’. Their intentions were genuine, they wanted consumers to realise that throwaway fashion is not the way forward and instead we should Reduce (the amount we buy) Repair (what we have) Reuse (to keep things going) wherever possible. However, it turned out to be the most successful ad they have ever run with a huge amount of jackets sold. Now the cynic in you would just say ‘clever marketing’ but having witnessed the way they operate and seen the passion for doing good manifest in all involved, I do believe their focus is on change rather than profit. The fact that they have grown into a force for good is beneficial for the planet as they now have the ability to apply pressure on other companies to follow suit by setting benchmarks. 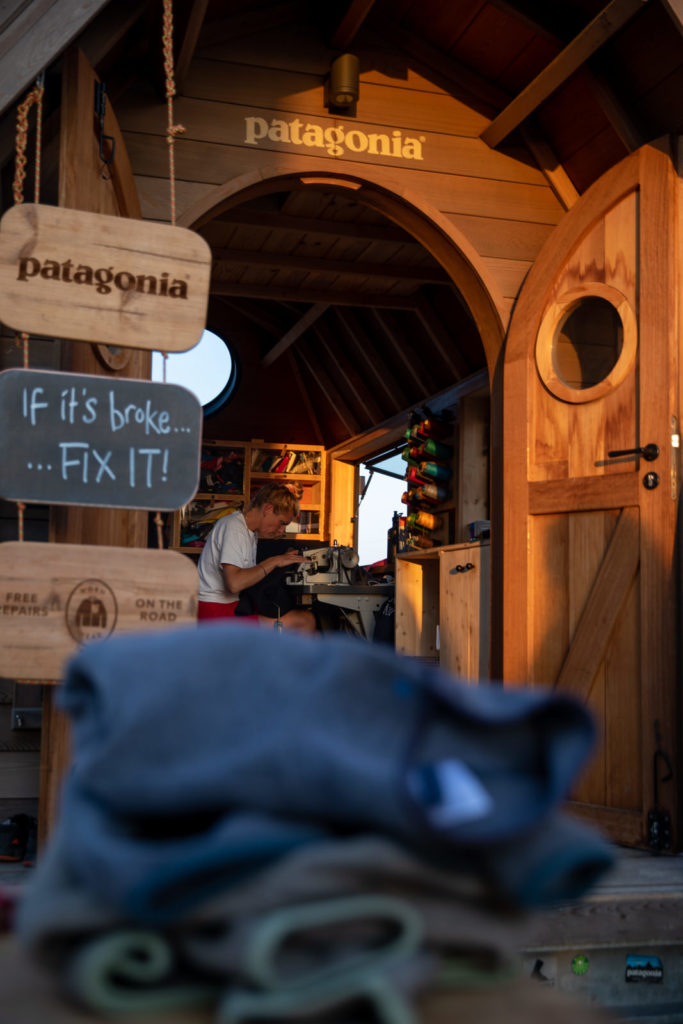 With the position that they have got themselves into it would be easy to rest on their laurels – however, they are just as set as ever as on driving things forward with new innovations, which sat at the core of everything they do. They are first to admit where mistakes have been made. Where there are problems, they find solutions. Their wetsuit is the perfect example of this. Ever since getting involved in keeping surfers warm they have focussed on making the ‘cleanest’ and warmest suits. However, since discovering the negative impact that production of neoprene has on people and planet they are on a mission to find a viable alternative. Their new suits are made from Yulex- a natural plant-based rubber. We were lucky enough to try these suits on a lovely 3 foot day at Les Estagnot, and although we were at no risk of getting cold, we can confirm that performance wise the suits were as comfortable as your standard neoprene.

Though they have arguably found a solution to the ugly problem that neoprene present they are, in true Patagonia style, still telling people not to buy their new Yulex suits. Instead, they are making it easier for people to repair and keep using their current suits. The Worn Wear tour, that we were in town for the launch, hammers home the fact that Patagonia really will do everything they can to put the planet first. Their repair offering was for all products from all brands. They realise that if we can get more life out of the excessive amount of products we all have then we can reduce consumption and thus play a part in saving the planet from overflowing with man-made destruction.