15 rules for friends who lend

There are numerous reasons why you might need to borrow a surfboard, or other vital wave riding accoutrements; not only can it be a great way to save money and hassles on baggage fees and transport headaches associated with travelling boards, but also a reaffirmation ritual of important social bonds.

In fact, the gold standard of surf travel hospitality is surely the ‘full board plus boards’ stay with a friend, when not only do they extend the shelter of roof, the comfort of bed, the nourishment of home-cooked meals and the convenience and safety of domestic toileting facilities, but also the full use of boards, wetsuits, lifts to and from the waves and in particular, prime timings and locations dialled into wind, tide and swell events honed by local knowledge.

“Just get over here, I’ve got boards” the best friends ever will say. “It’s gonna be pumping.”

And while this reciprocal arrangement is as old as surfing itself, just as surfing has codes of etiquette, unspoken but import rules regarding best practice, so too does borrowing – and lending – surf stuff.

A lending situation, gone wrong, can result in the souring of friendships, in extreme cases fisticuffs, or perhaps, much worse than that, unfollowing on Insta.

To avoid such, here are the International Rules of Borrowing Shred Stuff (IRBSS). 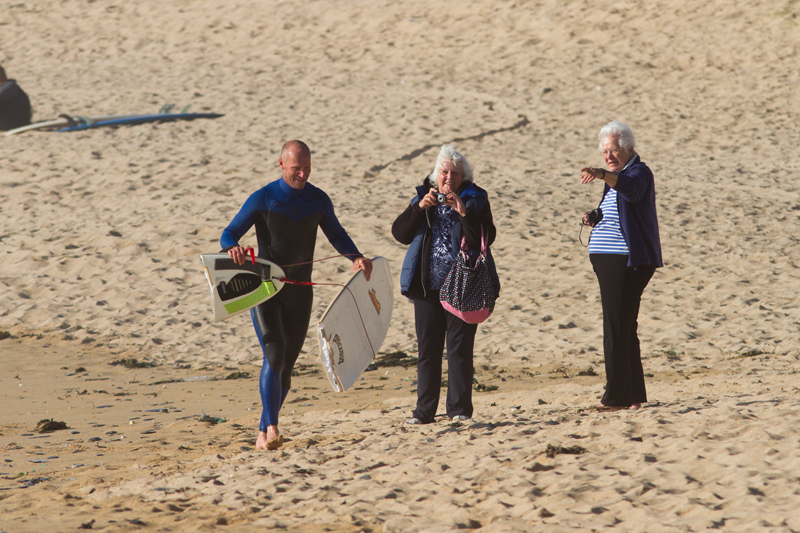 “Quick Margery, snap a pic in case the crafty bugger tries to fuse it back together with solar res before giving it back to his mate…” Photo @lugarts

1. “Ding it you fix it; break it you buy it” are the standard T&C’s that shouldn’t ever need to be said out loud, much less written down.

In reality, you’re probably not going to fix or pay for the fix as such, but still, you should expect to have to and offer to, in order to maintain cordial relations.

2. Just like every despotic dictator, every sociopath was once a cute toddler with big eyes and soft, ticklish belly, so too was every board, no matter its current state once a freshly shaped and glassed, pure, white, untarnished spear of hope, and should be treated as such. If you’re borrowing a well-used board, don’t consider that license to ding.

3. While different levels of purchasing power, different access to surf industry kickbacks means surf gear care factors will vary greatly in the lender, that ain’t your concern sunshine. You’re not HMIRC, means testing doesn’t come into it. Your borrower protocol should remain unchanged regardless of whether you reckon they “probably won’t be too arsed if you knock a fin out, smash a tail” or whether they’ve “got 35 boards anyway”.

4. Given the choice, borrow the board that has seen active service and carries the scars and war stories to prove it over the freshie, even if it’s less suitable to your requirements. Borrowing a fresh, brilliant white brand newbee is fraught with all sorts of potential complications. The first ding cuts the deepest, and you certainly don’t want to be the architect of it.

A few years back Mark Egor Harriss took off on a last-minute strike to Morrocco and while he arrived safe and sound after a protracted 36-hour journey, his board bag, complete with sleds and wetties did not. Luckily, he found this old 1982 Carwyn Williams signature twinny in a friendly locals shed and proceeded to snag a few of the best waves of the session. Photo @egorharris

5. Full disclosure on little dings, even if you know they probably won’t be noticed until after you’ve left town. The dilemma here stems from the ‘will they notice after a few surfs paradox’, meaning you’ve probably got away with it. We’ve all been there. In fact, just this very morning, I borrowed a former World Tour surfer’s Machado Seaside twin. Surfed once, whiter than magnesium explosion on a glacier. I put a little ground out hole in a fin from the reef. I didn’t disclose. He did notice. It’s awkward.

6. Dings are at least 60% worse if you’re not with the owner when they happened. Try to surf together, so that any mishaps are a part of a shared experience, rather than returning for dinner (that you haven’t done the shopping for) as they return from a hard day’s graft, with a shaggy dog story, a stupid look on your face and a seawater thirsty hole in their fricken HS epoxy.

7. At the other end of the actual trauma ding spectrum, come minor infractions that are highly offensive. They show a general lack of consideration, gratitude, and adherence to the Int Rules of Borrowing Shred Stuff. Bringing a borrowed board back, particularly across the threshold into the lender’s home with sand on it is chief among them. A massive, massive no no. Someone once returned a board to me, in my lounge, with half the beach on the leash, tailpad and fins. It would’ve been less of a slight if they’d snapped it and then thrown a fist of sand in my eye.

8. While a standard, low ticket item, many a relationship has been strained, or broken, for repeated towel etiquette infringements. In fact, repeatedly being the I-didn’t-bring-a-towel-coz-I-knew-you’d-bring-yours guy in itself can be the tipping point.

9. The major unwritten rule of towel borrowing is green light for drying major areas (not body parts) and protecting modesty, while sitting on the open boot and forensically de-sanding feet is a no-no. 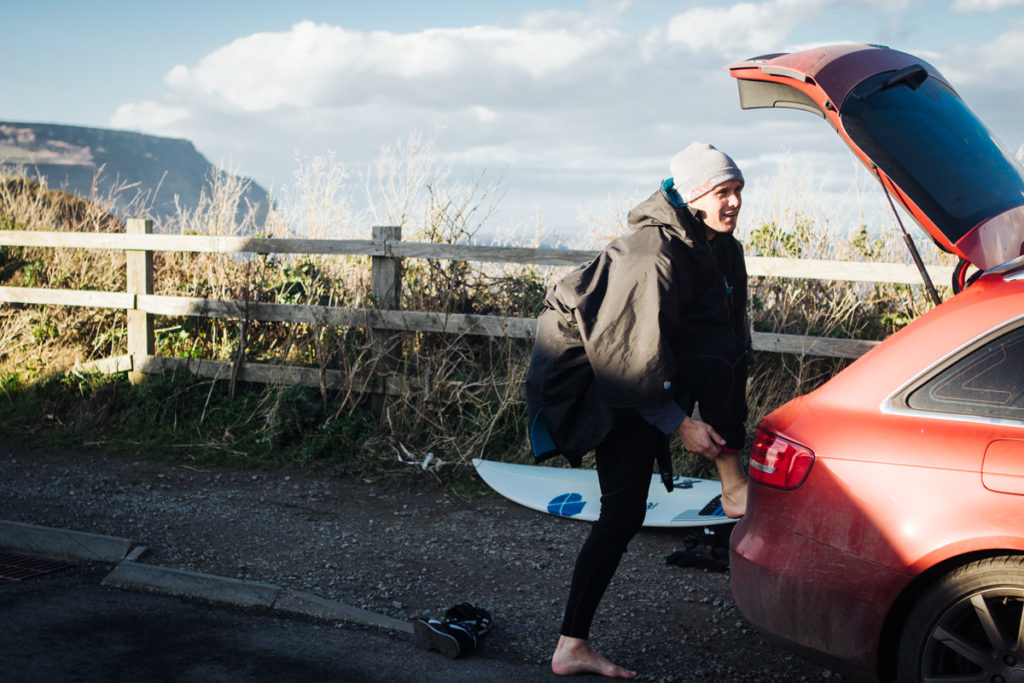 While sharing a changing robe alleviates some of the issues listed herein, the best course of action to avoid conflict is just get your own bleedin towel. Photo @lugarts

10. If you get out first, resist the urge to use the dry towel, other than light facial dabbing/possible hand drying for handling devices/skinning up.

11. Above all else, the amount of towelling applied to the urino-reproductive region will ultimately set the tone for the towel relationship, perhaps all future relations. In other words, don’t rub your tackle on your mate’s towel, espesh when you know full well they’re about to wipe their face on it, FFS.

12. This really shouldn’t need saying but blowing nose drain, use a changing mat, any indulgent sack n crack explorations all massive no-no’s in full view of lender (less so if out of sight).

13. If the said borrowed towel is in fact a white stolen/borrowed hotel towel, well there’s probably a fair bit of wiggle room in most of the above, except 11.

14.  A wetsuit borrow is a much simpler proposition, a single-issue campaign. It all comes down to, should you pee in it? The unwritten assumed default status quo would be yeah, obvs. of course you’re gonna wee in it, unless they specifically state otherwise. But even then… wwhat are you gonna do? come in, peel it down? Hold it? Scientifically impossible.

15. overall, if you can rinse and hang it up and return dry, you’ve proven yourself to be a mostly semi-decent person and probably already have one foot in the afterlife.