Here's some photos from the last few days of storm swell, plus a look at what's to come:

At the end of last week we brought you news of the four named storms swirling in the Atlantic, which tied the record for most ever. We meditated on the ethics of celebrating a weather phenomena that could cause misery for so many, and threw out some surf-search tips.

In the days since America has suffered severe damage and our thoughts go out to all those effected. On the other side of the pond, Britain’s surfers have enjoyed a battering a swell, produced by the aftermath of storm Helene. And it isn’t over yet. A quick glance at the chart shows west facing coastlines are set to face off against 20 feet of storm swell this weekend. It will peak on Sunday afternoon, and is forecast to be accompanied by 46mph NWerlies, with 60mph gusts. Basically, if you want to go surfing, you’re going to have to get really really creative with your spot selection. 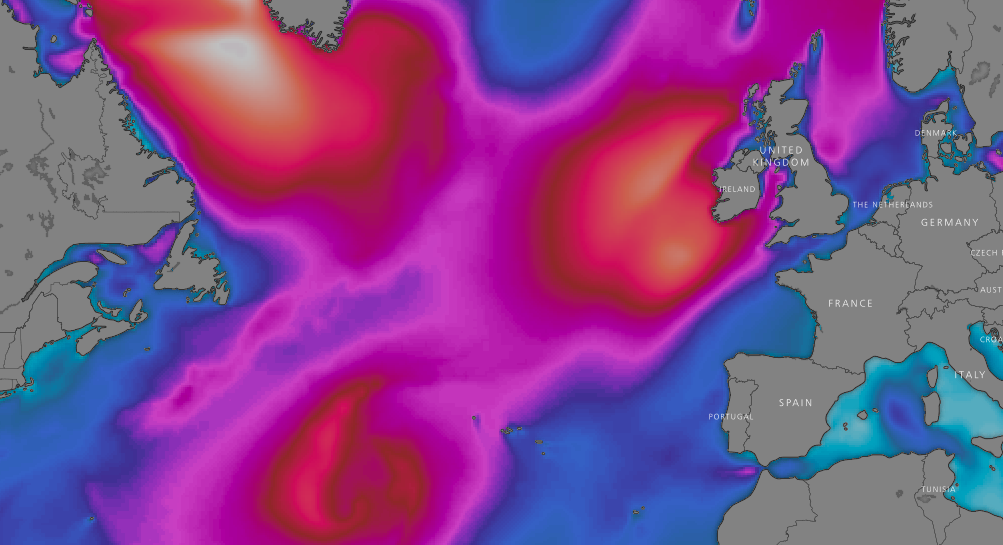 However, the run up to that borderline unworkable pulse looks a little more promising. Britain is currently in the throes of Storm Ali and still feeling the swell aftermath of Storm Helene, with slightly smaller than predicted wind affected over head waves currently landing on western facing coastlines. 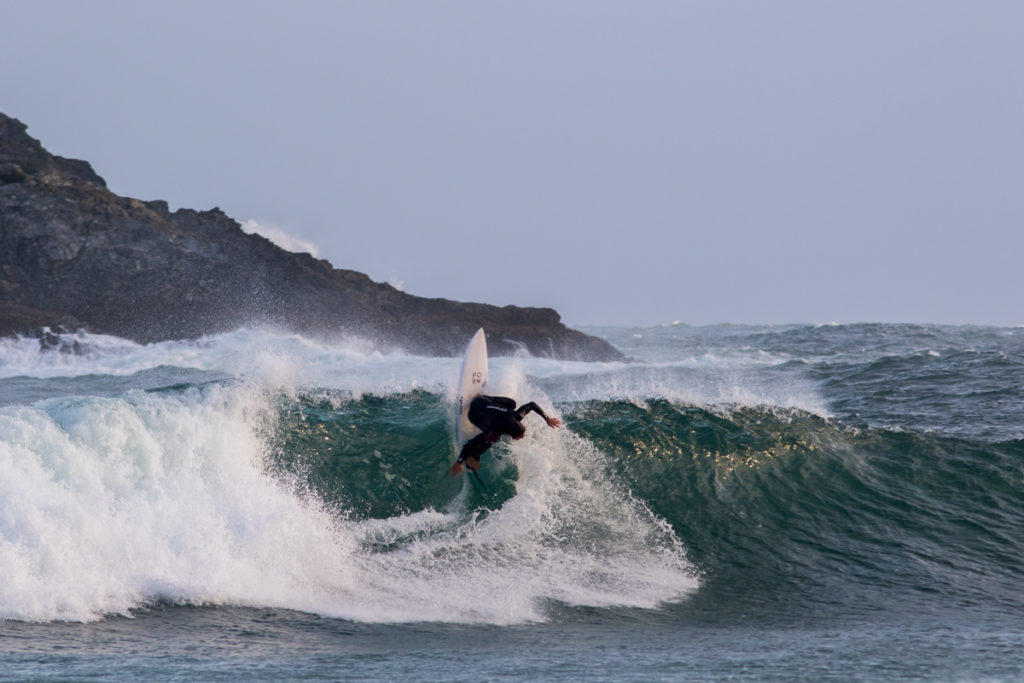 Alan Stokes bangs one off the lip at dawn. Photo @lugarts

Tomorrow sees the swell hold, with slightly more favourable, but still howling, SSW winds. However north facing corners offering shelter from the wind will be displaying smaller wave heights than might expected on a similar sized swell due to the its southerly direction. Friday will see a slight decrease in size with howling westerlies returning to blight chances of solid clean waves. In what looks to be a win for the weekend warriors, Saturday will see a decrease in size and a lightening of the winds, as they spin from west round to south easterly by the evening. 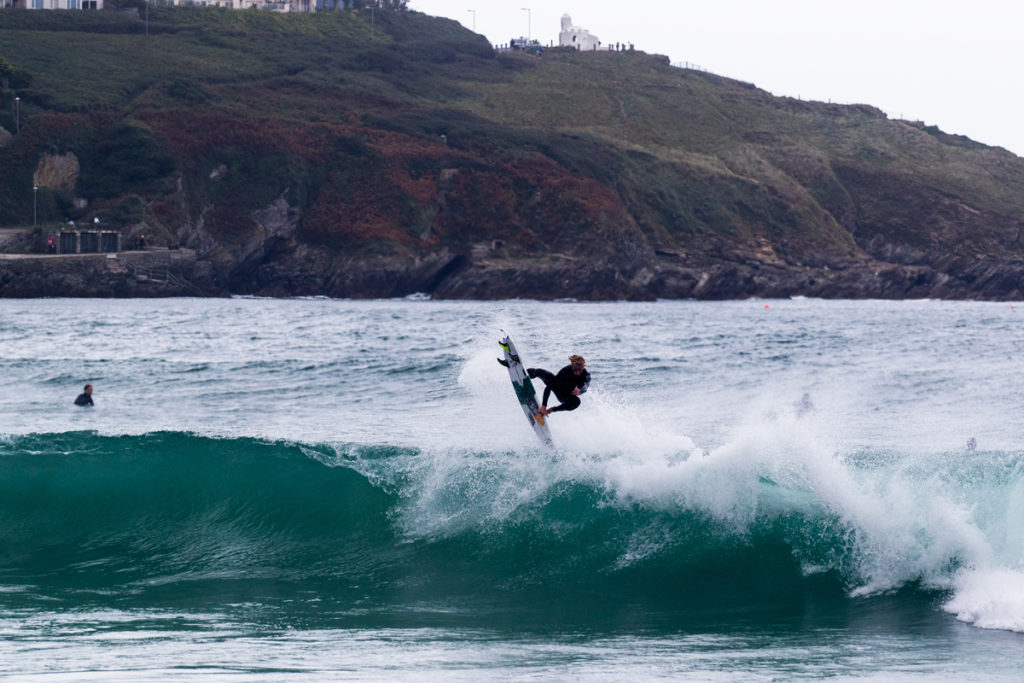 Then, the fresh pulse on Sunday will once see victory at sea return. The swell will remain solid through Monday, with the wind staying NNW. Beyond that the forecast looks highly changeable, however it is suggesting a possible period of offshores on Wednesday as the swell begins to dissipate, potentially leaving us with head high clean waves. Fingers crossed and we’ll see you out there.

If you’re out storm chasing/ hunting for waves this week, don’t forget to tag your best images with #wlinsta on instagram!

Cover: Harry Timson, fresh off the plane from France, enjoying a rare surf at his local. Photo @lugarts