Right now, there are as many named storms in the Atlantic as there have ever been. Check out the forecast for Britain and grapple with the ethics of your elation here:

There are currently four name storms swirling in the Atlantic, tying the record for the most ever record at any one time.

The biggest and most foreboding- Hurricane Florence – today begins the final stretch of its potentially devastating march towards the east coast of the US.

It felt strange getting excited about the swell the storm will bring to Britain, with such impending doom on the other side of the pond. So let’s pause for a moment to consider the ethics.

Watch out, America! #HurricaneFlorence is so enormous, we could only capture her with a super wide-angle lens from the @Space_Station, 400 km directly above the eye. Get prepared on the East Coast, this is a no-kidding nightmare coming for you. #Horizons pic.twitter.com/ovZozsncfh

Photos taken from space yesterday show just how mammoth the hurricane has become, with 75 mile an hour winds, around 10 trillion gallons of rainfall and storm surges as high as 13 feet predicted as it makes landfall in North Carolina later today.

Much of the coast has been evacuated as thousands of people brace themselves for the possibility of extreme flooding and devastating property damage. As normal people, we feel great sympathy for those who are set to have their lives turned upside down. 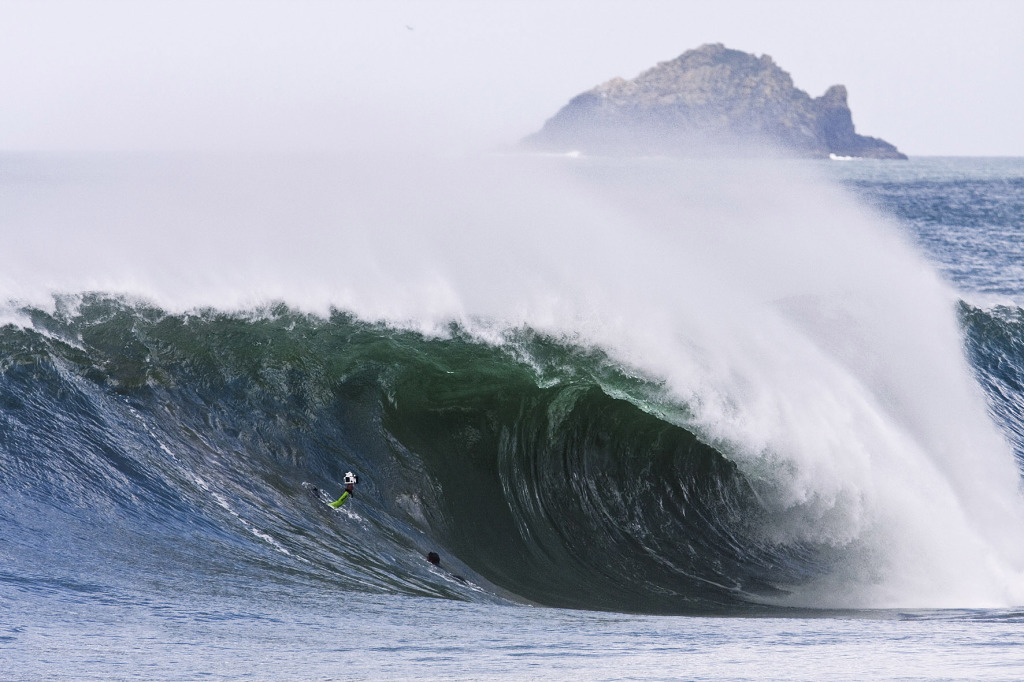 However, as surfers, excitement is of course creeping in at the prospect of sliding into the various hurricane’s remnants as they hit Europe- potentially in the form of solid, perfectly clean waves. Understandably that excitement will breed some feelings of guilt.

However, the weather systems do not care for such sentimentality, and searching for a silver lining in the swirling storm clouds will not make the devastation any more or less severe.

With that in mind, let’s spare a thought for those set to suffer before perusing the chart, but be aware that doing so has absolutely no baring on the way the events will unfold.

The most imminent of the four storms to make landfall along our coastline is Hurricane Helene, which is currently lurking a few thousand miles south of the Azores and is due to hit on Tuesday morning. At the time of writing the surf forecast looks highly volatile, but overall pretty promising. Late Monday afternoon looks set to enjoy a long period swell, accompanied by favourable SE winds for W facing coastlines, as the front edge of the pressure system arrives. Swell heights will increase, and the wind will swing WSW on Tuesday, before becoming more southerly, with smaller wave heights on Wednesday.

After moving inland Hurricane Florence will do a U-turn, re-emerging into the Atlantic on Wednesday, before tracking east, merging with Helene and filling the North Atlantic with swell. Exposed west facing coastlines will receive a second pulse in the six to ten foot range into the second half of next week, with SW winds turning N/ NW as the swell decreases into the weekend. The forecast is still highly changeable, so keep checking your preferred forecasting site for an up to date chart and we’ll see you on the goose chase. 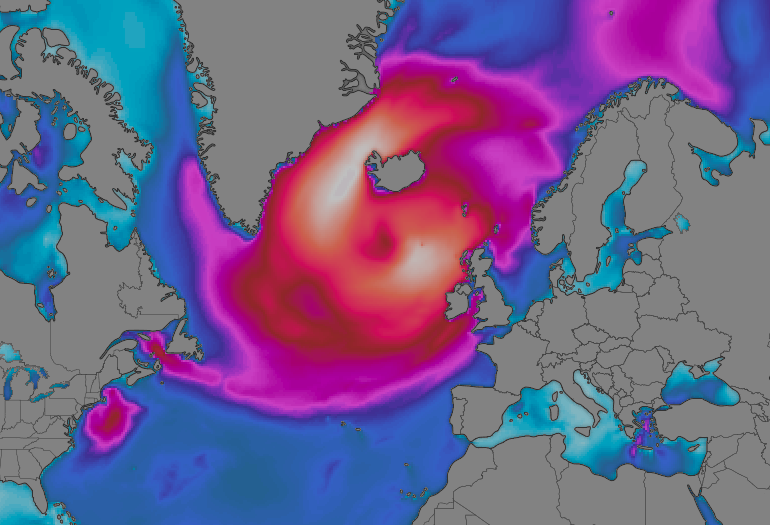 11 AM on Wednesday will see the entire North Atlantic alive with swell, with waves up to 35 foot at the centre of the storm. Image: Windy.com