Do you support shredders who bear the same passports as your own by default?

Or does the GB Surf Team, or equivalent, leave you… not that arsed?

You see, I always had trouble getting overly patriotic when it came to wave riders. I don’t not like surfers because they’re Brits of course – some of my absolute all time faves are Brits – I just don’t feel obliged to support them per se.

Our grim dirge ‘God Save The Queen’ doesn’t make me think of my hero blowtailing the shorey for the score in the final seconds before the horn.

A Union flag (Jack is only when it’s on a boat, btw) spray? The worst kind of yuck.

You see, I’ve always taken my surfer fan-dom on a case-by-case basis.

Before any of y’all think of getting Tommy Robbo round to do me, let me first point out that I’ll take the fan challenge against any of you chumps. 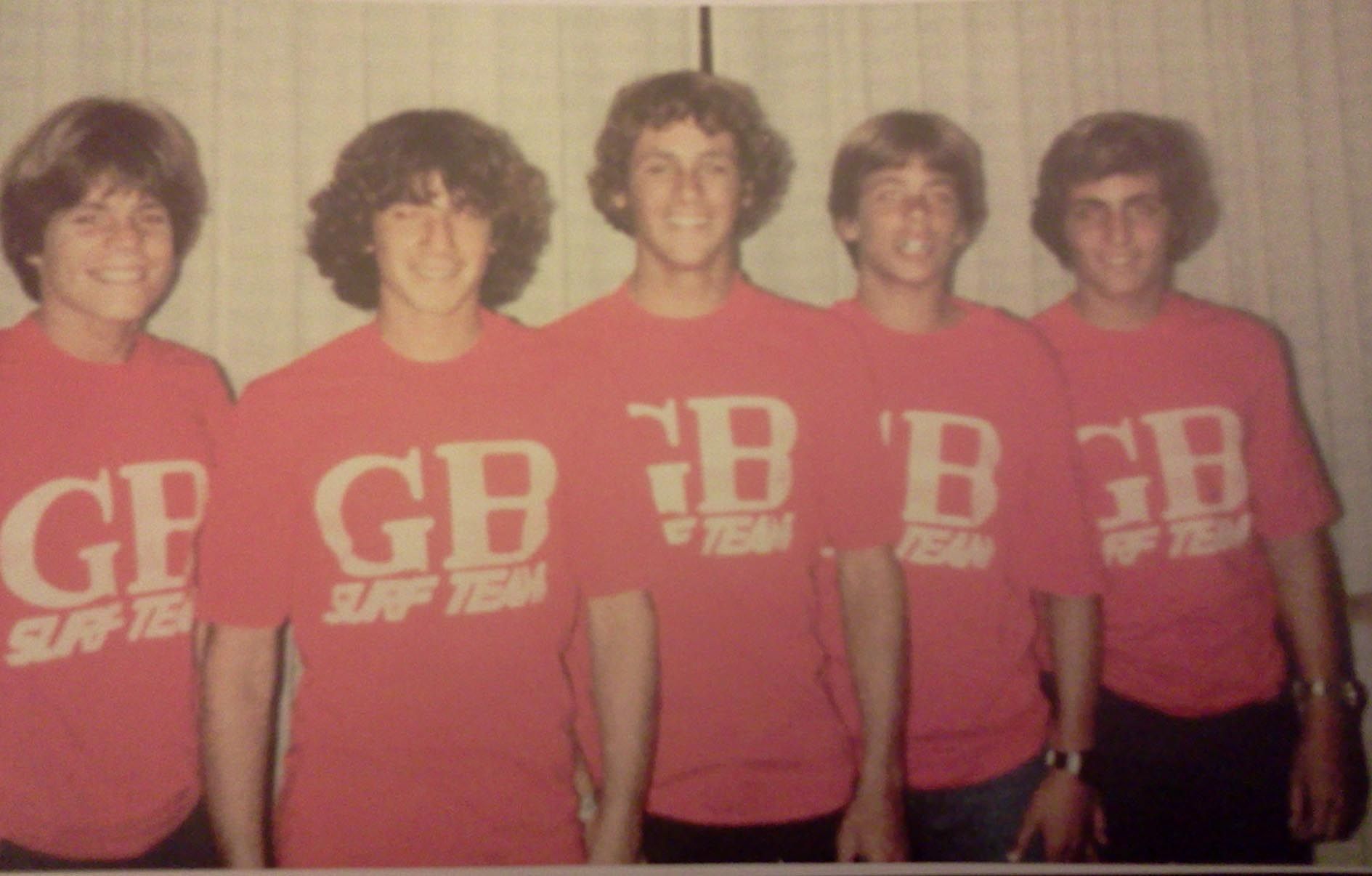 Nothing is as good as it was back in the day. Not the hair, not the tees… they’ve even changed the name to ‘Team GB’

I’ve watched every minute of every England tournament match since and including Mexico ‘86. I cried big fat tears with Gazza (and Psycho) that night in Turin. It took me about a year to get over Euro ’96.

I stayed up all night to watch ’92 Cricket World Cup Final loss to Pakistan, which cost me at least a grade in my GCSE maths (the exam was the next day). I endured two decades of test cricket misery at the hands of the Australians, the 2005 Ashes redemption coming like a cross between emancipation of Andy Dufresne, the Birmingham Six, Ruben ‘The Hurricane’ Carter and Mandela, only more, better.

“Surf nationalists must be trying to compensate for a lack of legitimate penalty shoot out trauma, for zero years of hurt”

But when it comes to professional wave riders… my reverence is like a United Colours of Benetton ad from the early 90’s. It recognises borders not.

Much in the same way I’m suspicious of Fantasy Surfer as a refuge for the frustrated, for folk who rejected team sports in school and now require an outlet for their unsatisfied inner fan geek, part of me thinks the surf nationalists must be trying to compensate for a lack of legitimate penalty shoot out trauma, for zero years of hurt.

Maybe it’s partly down to being British. Maybe I’d feel differently if I my emotional weather vane had been ripped off the roof by the Brazilian Storm. The Brazilians seem to have done a decent job of national fandom. The flag waving, the noise, the commentator cliché ‘passion’. Ubiquitous presence at any surf coast anywhere in the world helps, as does the general… passion (sorry, unavoidable).

Not only have they got a cool flag, it just seems to sit well. Shout ‘Vai!’, cheer, hoot, holler, do backflips.

Medina even did a flag quiver and I just kinda… looked epic.

Elsewhere, the plucky underdogs, little wee nations seem to do a reasonable line in surf nationalism. The Basques for a variety of slightly differently reasons, very much enjoy waving their flag. You could probably include the Welsh in that group too, if they ever wave flags at surf comps. Hawaiians too, even if, as a bizarre nod to the original colonisers, theirs has a Union flag in the corner.

Portugal is very proud of itself, surf-wise. I’m broadly ok with that, if not thrilled. As a nation, despite once being a colonial power, it’s not particularly domineering in today’s world, it’s small enough to be allowed to not have its nationalism deemed ugly by Human Rights Watch.

The Italians do a reasonably inoffensive job of supporting their surfers at event around the world, prompting one QS surfer, presumably not a massive geography buff to ask, “Leo, why are they waving the Mexican flag at ya?” 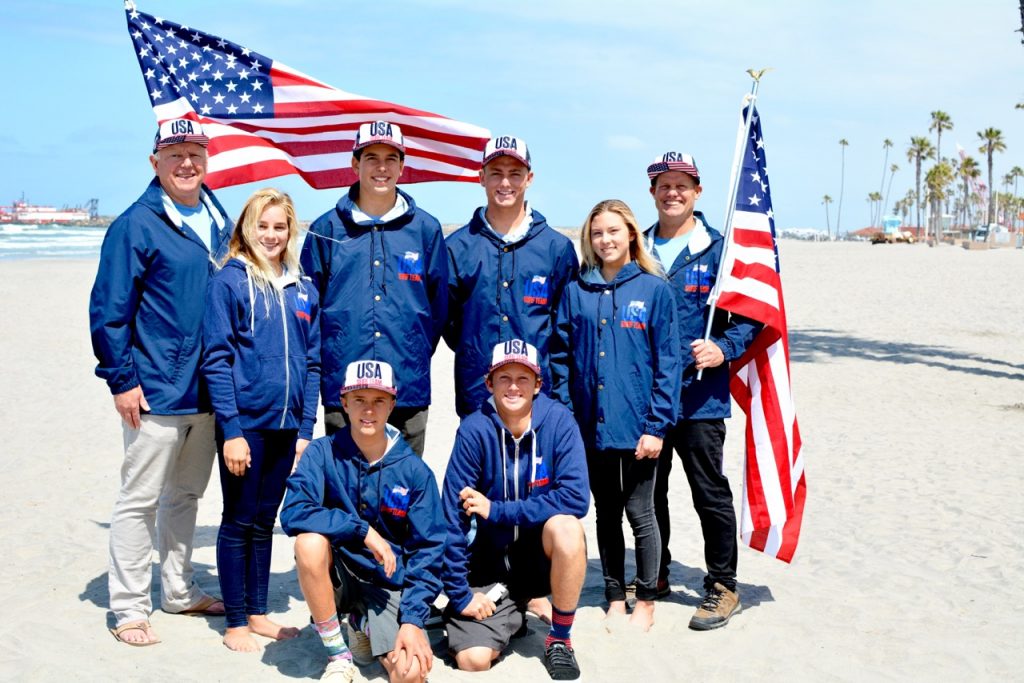 I surf because I love freedom.

I find the U-S-A chant and the waving of the star spangled relatively unpalatable in any and all situations, especially at surf comps. I’m still writhing like a salted slug at having the use of ‘PK’ inflicted upon me daily during the Women’s World Cup. For some reason, when I think of Team America surf I only think of Kolohe. Maybe it was the Hurley spangled banner trunk.

The Aussie national surf clamour is a trickier one to pin down, these days. There was a time when even if all flag wavers had forgotten to bring theirs, it didn’t matter, because the Top 10 leaderboard was a sea of the putrid little things. Now they’ve fallen on relatively hard times, I’d almost feel sorry for a lonely chant of ‘oi oi oi’, the ghost of surf glories past.

Maybe the 2020 Olympics will crystallise my national surf pride, although unlikely. Partly because we’re very unlikely to see any Brit competitors in surfing, and partly because I actually sort of grew less fond of Team GB in Rio 2016 when they started doing ‘too well’. 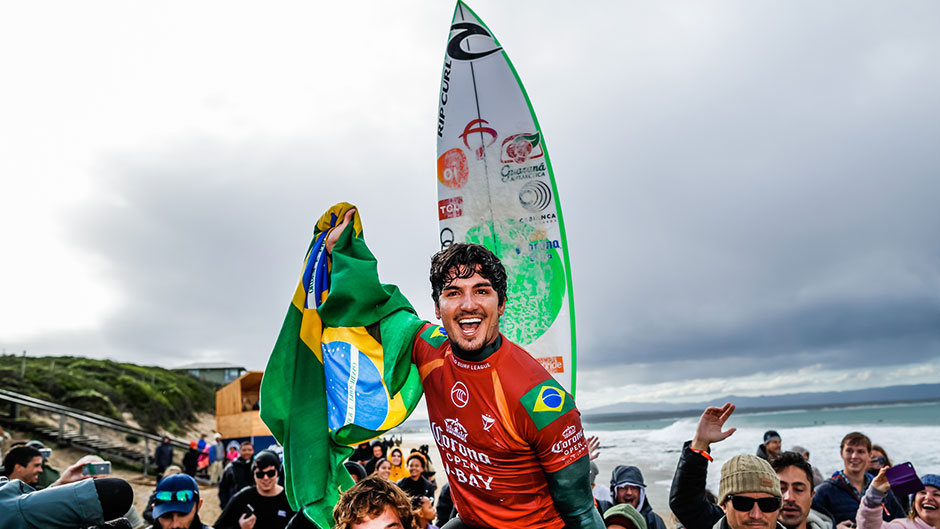 Gabs has doubled down on the Brazil flag with themed board art… and it works. I think I have flag envy…

What I’d love to see in the flag waving future? The next event CT winner, rather than chaired up the sand with their national flag held aloft, that they instead unveil a peace sign, or a flag printed with Lil Dicky’s Earth graphic, or the Extinction Rebellion logo, or a Pride flag.

That would be something to really shout about.