Derek and I make the decision to hit it; we leave the Vissla office in Soorts and jump in my van, dog in the back, direction Bourdaines. By now, the sun is pretty high in the sky and the sea breeze keen enough to ruffle the pine top knots even a few clicks inland. Not as keen as us, though.

“I never really wanted to leave Europe in 2002,” he explains as we cut through the the woods out the back of Golf de Seignosse. “I’d just built a fantastic house at Estagnots, 50 m from the beach and only got to live in it for 6 months. I wasn’t ready to leave, I hadn’t really got France out of my system when we left to go and live back in Oz. So after 10 years in Australia, in a big job, getting out of Billabong meant I could spin the globe again.” The options he and wife Nikki were looking at, where a move and a fresh start felt the thing to do work and lifestyle-wise, were narrowed down to California, Sydney or Melbourne, or back to France. 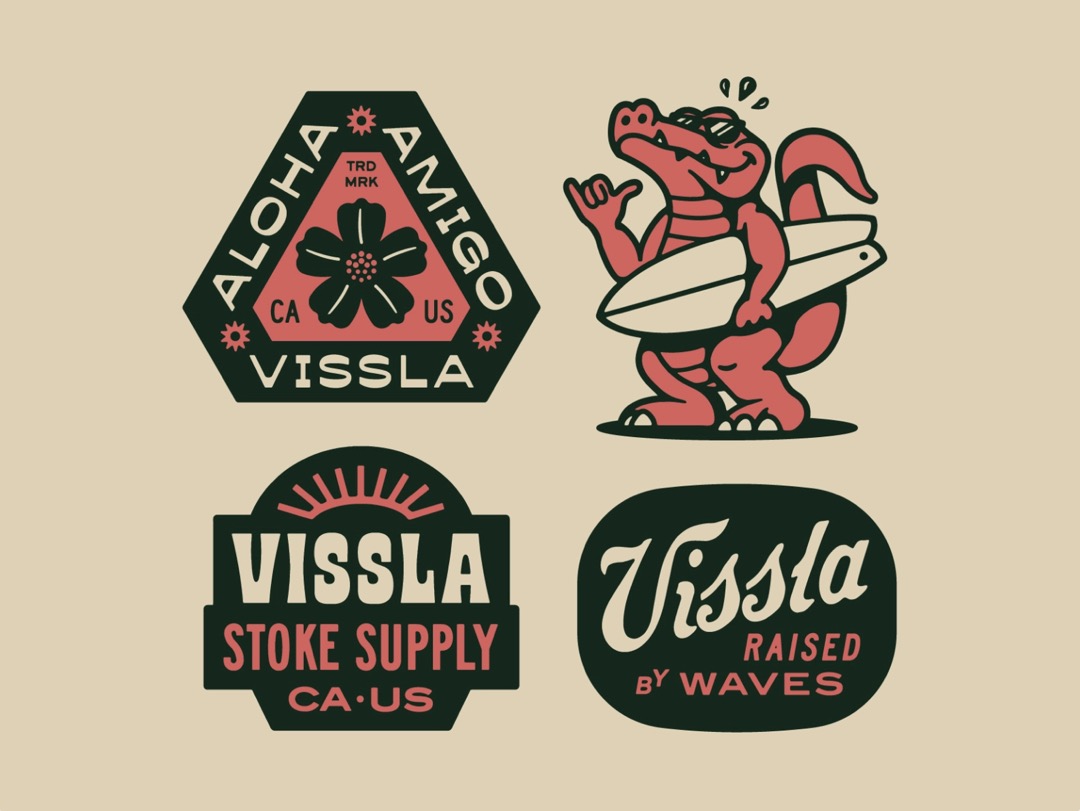 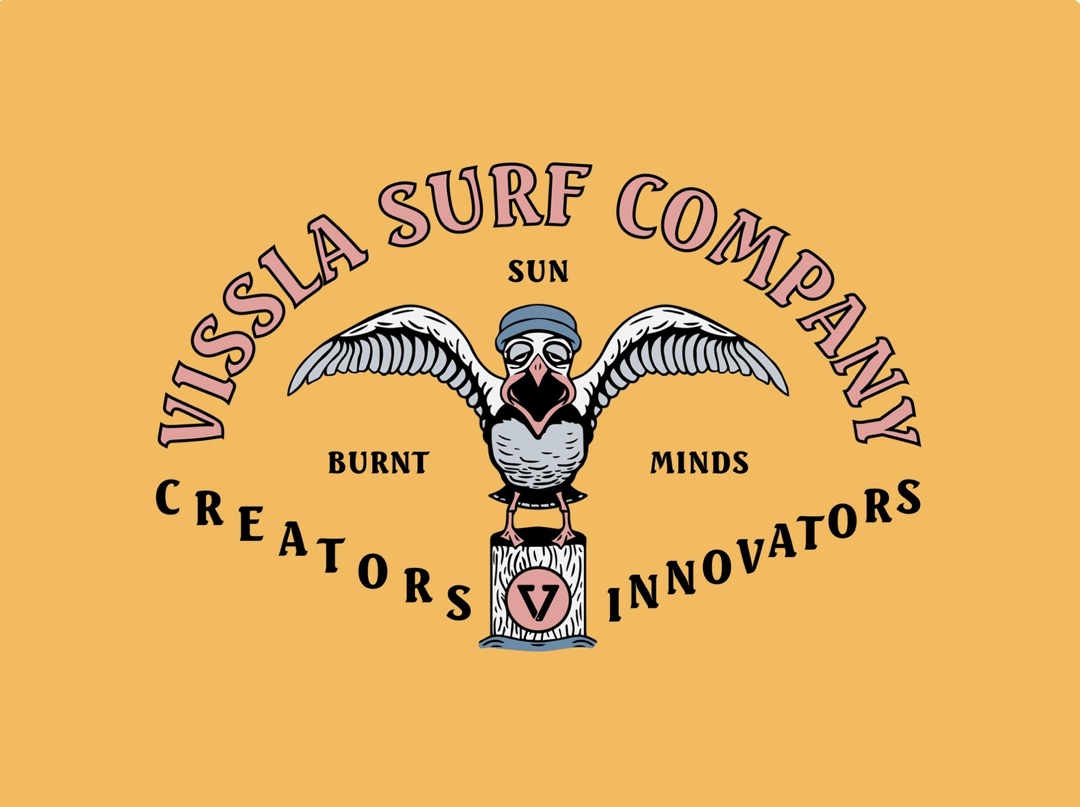 “Paul Naude ran Billabong in the Americas while I was CEO, we would talk pretty much every day for over ten years. So I went and visited Paul’s home in Southern California in late 2013, and he said he wanted to start a surf brand, I said “I’m in” straight away. He already had developed a lot of the brand feel and directions, and it felt right. I rang my wife back in Oz immediately and said, “We’re going back to France.”

“We got told by just about everyone we were crazy to start a surf brand. I loved hearing that. The problem with a lot of the surf companies run by accountants or banks, and by 2014 that was most of them, is that coming out the back of a recession they get convinced somewhere that there’s this whole other non surfer market out there, and that by somehow tapping into the general public, in low end department stores and sports stores, that it’s gonna suddenly propel the company into the stratosphere. The trouble is, the moment you aim for that market, you risk to alienate the people that got you there in the first place. The big brands were still trying to grow, and they should have been reducing their size as fast as they could. With Vissla, I could see we were already on a different track; making products that surfers actually wanted, staying true to the surf fundamentals, not trying to be something we were not. The best times I ever had in the surf industry were when I was leading small teams of people. Paul and I were always passionate on the surfing side; we felt that if we kept it authentic on the product, everything else would follow. We also just wanted to go to work each day on something we believed in, that would also allow us to keep surfing. At that time, not long after the crash, so in 2014 and 2015,  we were lucky to be able to attract people that were prepared to come and join us as we had something different, from designers to marketing people. It’s been really humbling the amount of talent that stuck their hands up.” 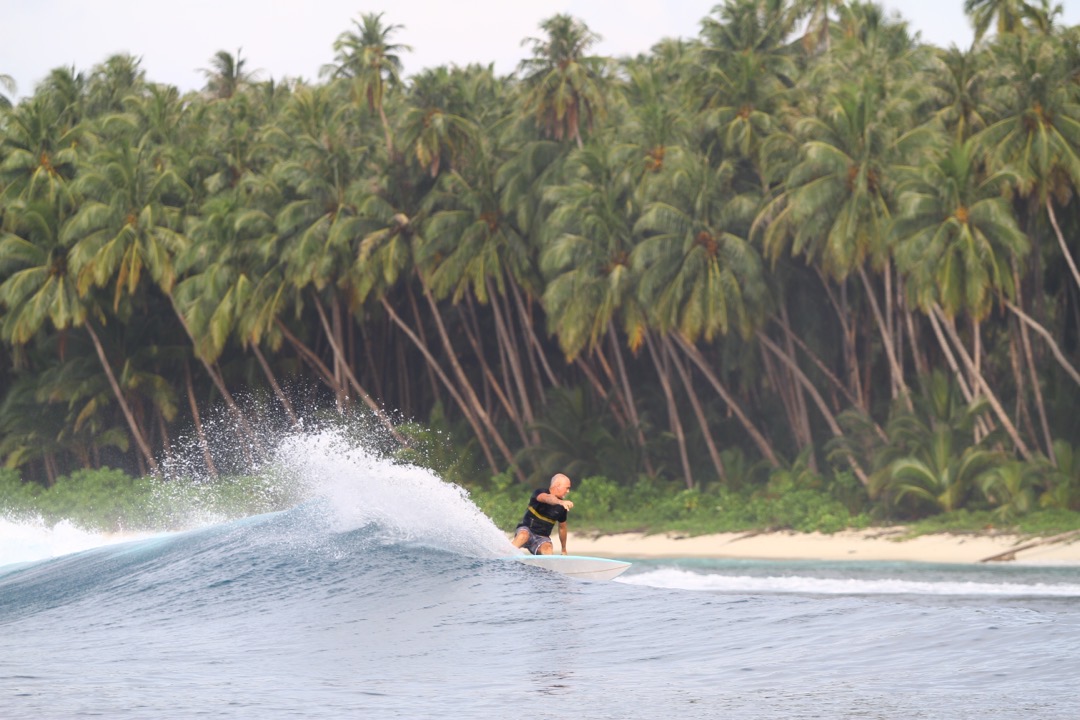 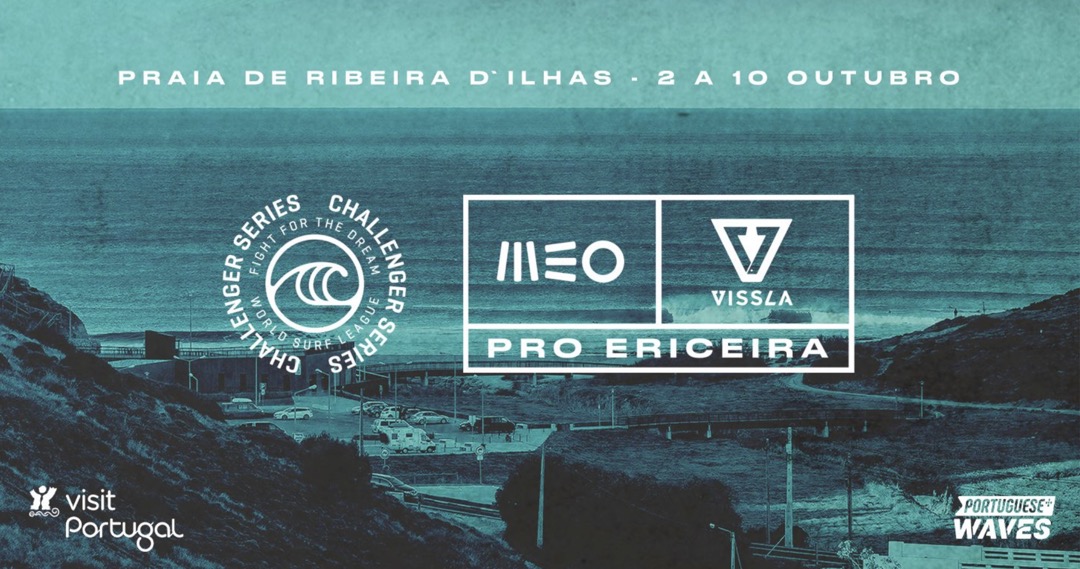 (L) “I’ve always thought ‘I’ve probably got another ten years of surfing left’. Ive been saying that since I was 35, I’m 58 now, and it still tules my life” (R) For all Vissla‘s love of asyms, homespun stoke and embracing the ’alternative‘, pointy-end pro events still matter. Meo Vissla Pro Ericeira Challenger Series 2021.

We arrive via a side street to avoid the main car park, aiming to hit a bank up the beach. He applies thick sunscreen to his lower lip, Aussie cricketer style, a liberal application to the naked scalp, too. “I surf every day, if I can,” he says. “Obviously there is commitments, work stuff, but more or less every day, if there’s good waves, I’ll surf. I always thought, ‘I’ve got another ten years of surfing.’ I’ve probably been saying that since I was 35. I’m 58 now. It still rules my life.”

We meet Geezer by his van, who unsheathes a clean white 6’8” channel bottom twin pin, as does Derek. I pick them up for the time honoured under arm jiggle test, instantly approve. “They’ve gotta be light,” they both confirm. My own board now feels a few kilos too heavy, I’d always gone for extra cloth on non-HPS, but am now experiencing a car park epiphany. Rob’s last name is apparently particularly troublesome for French speakers to pronounce, the silent g getting them every time (hence ‘Rob Vo-gan’), surprising for a language not adverse to throwing in five silent vowels and a silent consonant on the end of a word. Pronounciation troubles are not hindering orders mind, lots of crew are riding and loving them, the custom board business booming. If you have been to Hossegor you will see his spinning top logo around. Perhaps that’s why he’s looking so trim, I ponder, all the extra hours on the tools, trying to keep up with demand. “He’s gone keto!” explains Derek.

Elevating the culture of board building, celebrating the contribution of shapers has been a key part of Vissla’s ethos from the get go. “Paul always thought the role of the shaper was under-appreciated by the industry, he loves shapers and the art of surfboards in general. He still shapes a couple of boards most weekends at his place, and has a huge collection of boards, going back even to Tom Blake wooden boards, Greg Nolls, right up to pro boards from the 70’s and 80’s, an unbelievable collection.” While the Vissla founders didn’t want to start a board business per se, being a pure surf brand with surfboards at the heart of their values was an organic choice, rather than a brand position. Meanwhile, their ‘Creators & Innovators’ program resonated with early 2010’s ride anything, movement, and the broader shift towards lo-fi, homespun stoke.

“With the culture now being much more open minded about different types of boards and surfing, that’s been a good fit for where we’re at too. Back in say, 2008, if you walked down the beach with some of boards people ride today you would’ve got laughed at. Today you can surf anything, which is great. That’s been important to Vissla, embracing the parts of surfing broadly termed as ‘alternative’, whether that’s Donald Brink and his asymmetric shapes, or surfers like Derek Disney and Bryce Young. And as for Europe, well SW France in particular, down here you literally need every kind of board from a 5’6” up to a 10’6”. It’s a heavy kind of place for equipment, and you can’t help but being into different surfboards.”

I manage to find a semi hidden spot for the dog (hounds not allowed on the beach while the lifeguards are operating in summer), make him a rickety shade out of driftwood and a towel, and join Derek and Rob in the lineup. It’s not a classic; weirdly 2-5ft, rippy, densely populated. We each snaffle a couple of semi closeouts, but mostly try to stay in position current churns south. Surfers being surfers, and this being the busiest summer in lineup history, a bit of needle inevitably ensues between a younger local surfer and another, more advanced in years. “Summer is so crowded here now. The old bloke wasn’t happy with the kid’s wave count I think,” chuckles Derek as we debrief the sesh walking back over the dune, “So the young guy was like “Whatever, Grandad.”

We chug back towards the office, surf itch semi scratched. Derek still with a decent chunk of the working day ahead of him, with America waking up whilst we were surfing; whilst the dog and I are approaching a well-deserved mid afternoon nap.

I want to know more about Vissla’s success in the wetsuit market. “The wetsuit part is really important for Vissla, it’s our technical feature product, and we put a lot of time and effort in. Personally, I’ve been involved in wetsuits forever, since the very first Billabong wetsuits. When I was CEO we bought Xcel, so at one stage we had a pretty major share of all surfing wetsuits in the world. For Vissla, with wetsuits being a big part of our background, it’s been a important part of our heritage, making us a surf brand, not a clothing label. Over here in Europe with Vissla, we’ve lead the push to move into the real cold water suits, the 5/4’s, 6/4’s, even 7mm boots for Scandanavia. We’ve been behind that push of the product here, and it’s gone worldwide since.”

I wonder if Derek gets mid session feedback on various surfers’ latest rubber acquisitions? Do crew paddle up to him to complain that the Velcro’s lost its sticky? Or that they preferred the old kneepads? “A little bit, but sometimes I’ll paddle up and ask people, as a stranger, how they like their suit. Wetsuits are funny things, some people get really emotional about them. Some surfers treat them well, others treat them like dirt. Everyone says they rinse them out and hang them in the shade, but sometimes we get a warranty repair and it looks like the dog has eaten it for breakfast. There’s give and take; they’re not bulletproof, and most surfers understand that. Some of my favourite wetsuits are 3 or 4 years old; I try to put my own through a bit of punishment. I’ve never really had too many problems, but they’re pretty much hand made, so there’s always gonna be challenges.” 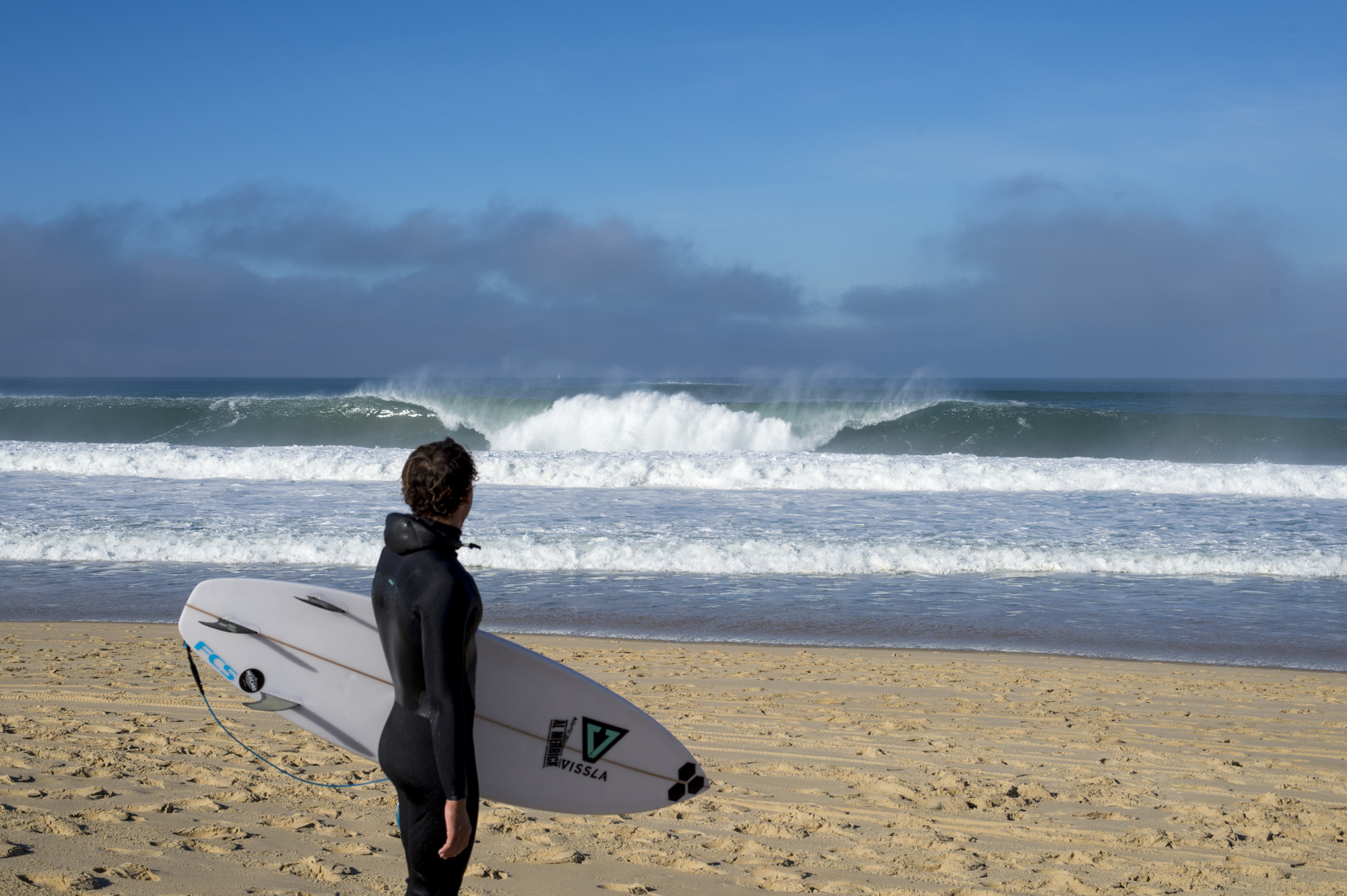 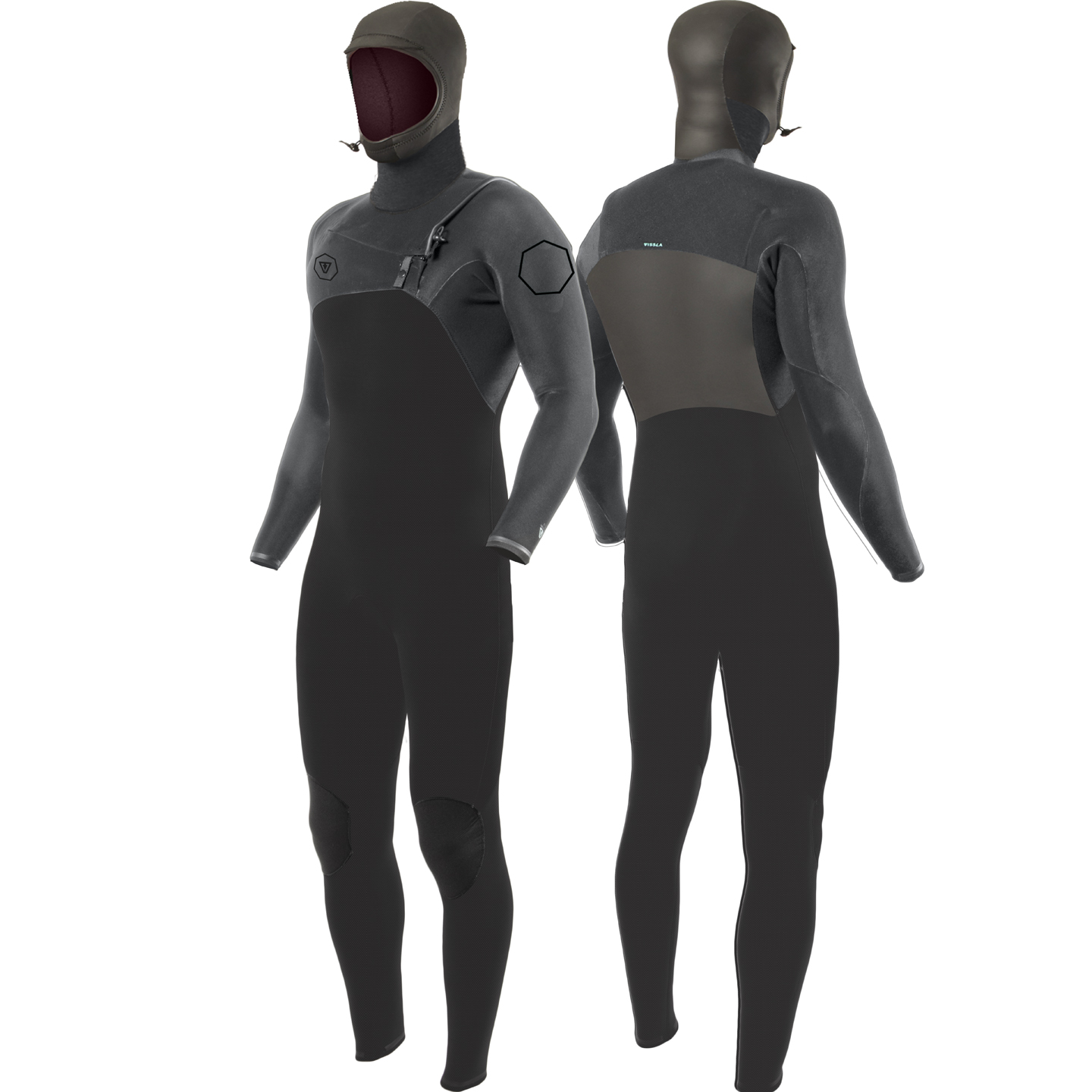 We head back in to the Zone Artisanal at Soorts where Derek opened the first Billabong office 30 years ago. In the last year or so since Covid, nowhere has the surf boom been more apparent than here, where several dozen surf shops over a few blocks of retail/warehouse park are doing an absolute roaring; from outlet-style discount stores, more the zone’s traditional offering, to full chic high end surf boutiques, for your more microbrewery or torréfacteur themed wax buying retail experience. But as many who’ve been around for a while might tell you, there’s another b word that often comes after boom. And having seen a few such cycles already, does Derek have any misgivings than the latest surf rush might go to seed, will recent adherents to the stoke tribe be returning their Catch Surfs like the furloughed returning adopted pet dogs back to the shelter?

Derek doesn’t seem overly concerned. “Despite all the changes, and there will be more shakeouts for sure, some new brands will come out of that and it will refresh itself again and a new curve will start. It’s still a great industry to belong to, and if you like surfing, there’s not a better place I can think of to work. And as far as the brand itself, I think so long as you stay true to your surfing path, and don’t to be all things to all people, there’s a pretty good future ahead.”

How Derek O’Neill, son of a plumber from rural Victoria, Australia, left school early, became a wetsuit sales rep, bought a round the world ticket and went from a part time sales assistant in [...]