The incredibly bizarre story of how a man used photoshopped images of our resident travel writer to create a fraudulent career as a war photographer....

Sometimes a story comes across our desk that’s stranger than fiction.

Yesterday staff photographer Lewis HP was scrolling through the interweb, when he stumbled across a familiar face, in distinctly unfamiliar surroundings.

He clicked on the link and to his surprise discovered that someone pretending to be a war photographer had been using the face of none other than our resident perma-tanned party boy travel writer Max Hepworth-Povey. 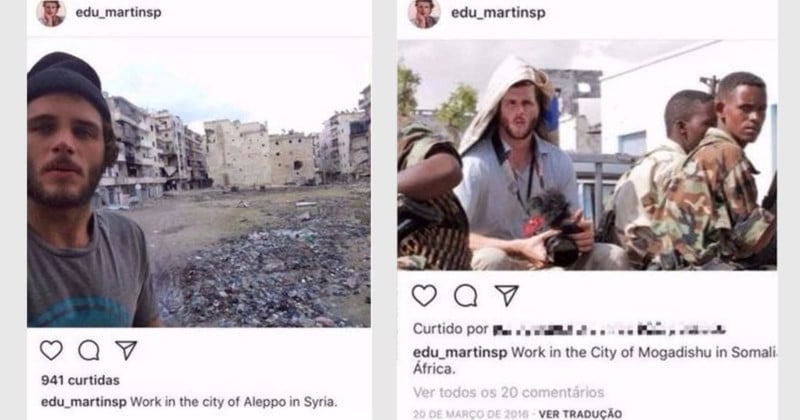 The story detailed how a man calling himself Eduardo Martins had built a successful career by stealing images taken by other war photographers and pretending they were his own, landing double page spreads in respected magazines, offers to exhibit alongside noted lensmen and 130k instagram followers.

In amongst these stolen images of death and destruction in war torn lands were some which pertained to show Eduardo, working or relaxing, but in fact all featured the face of Mr Hepworth-Povey. In some his head been comped onto someone stood in a war zone, whilst other images were ripped off without being doctored at all. 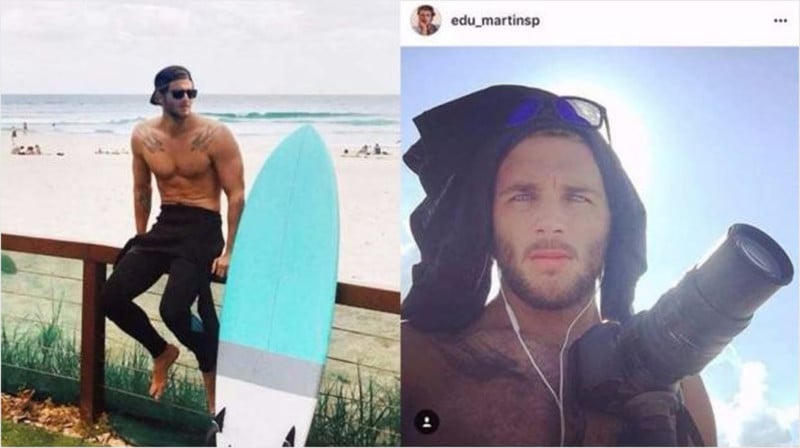 We caught up with Max last night, who is currently running a Ticket To Ride Cycle Surfari through France and Spain, to find out how he was feeling about the whole ordeal:

“How fucked is that!!!” he exclaimed, before telling us that while he’s seriously shocked, this isn’t the first time someone has attempted to steal his identity.

“This dude who called himself Bruno tried to do some weird identity theft shit with me years ago via FB. He said he worked for Quiksilver and wanted me to be involved in a boat trip, but emailed me off some dodgy email address and then set up some dodgy Skype calls where his video wouldn’t work. I was all a bit weird so I told him I wasn’t interested, then the next week a new Max Hepworth-Povey emerged on Facebook using all my photos, so I told all my friends that wasn’t me and deleted my account”

And how did he feel about someone using his face to depict a blond handsome 32 year-old Brazilian? 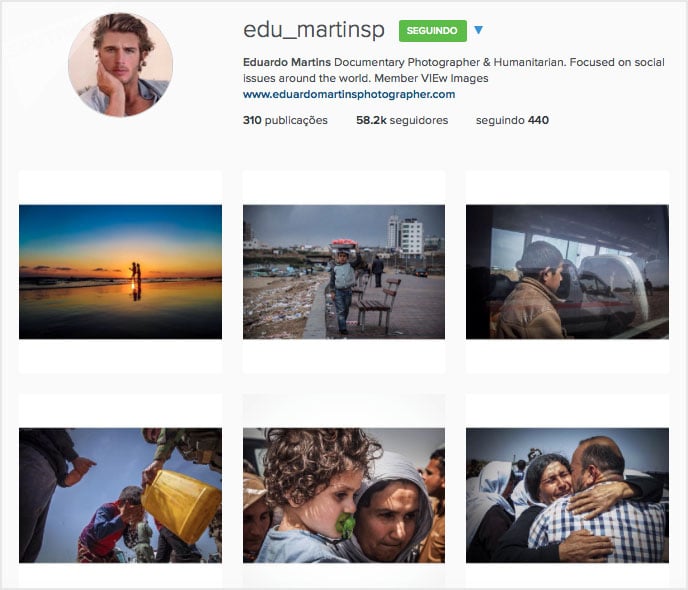 And would he be hunting down the guy, who is reportedly on the run somewhere in Aus, for an awkward Skype call like at the end of each episode of Catfish?

“If I ever speak to the guy I’ll firstly applaud him for his efforts, secondly ask why the hell he went to all that effort to do something of absolutely no value to anyone and thirdly I’ll give him a backhand for dragging out ancient photos of me for the world to see!”

According to reports, the guy had developed relationships with six young beautiful successful women, so will Max be contacting these girls to inform them it was actually his face they fell for?

“If those girls were impressed by a sleazy version of me who waxed lyrical on social media then I’m probably not interested. However I’m @hepworth_max on insta so HOLLA.” adding that he’s already had 500 new followers before logging off and returning to his box of Spanish wine.