Twenty-twenty-one marks Wavelength’s 40th year in print. To celebrate the occasion, we’ve spent the last twelve months diving deep into the Wavelength archive to bring you a series of short stories featuring key cultural moments, entertaining asides and colourful characters from around the British surf scene and beyond. Read part I here. part II here, part III here and part IV here. For this, the final instalment, it’s a photo special, featuring a small collection of imagery that caught our eye from the pages of Wavelength over the last four decades.

The series is presented by Oakley, who share our deep surfing heritage, having been equipping the world’s best with high-performance eyewear since ‘84. Read more about the brand’s journey from niche cycling gear to beach cultural icon here. 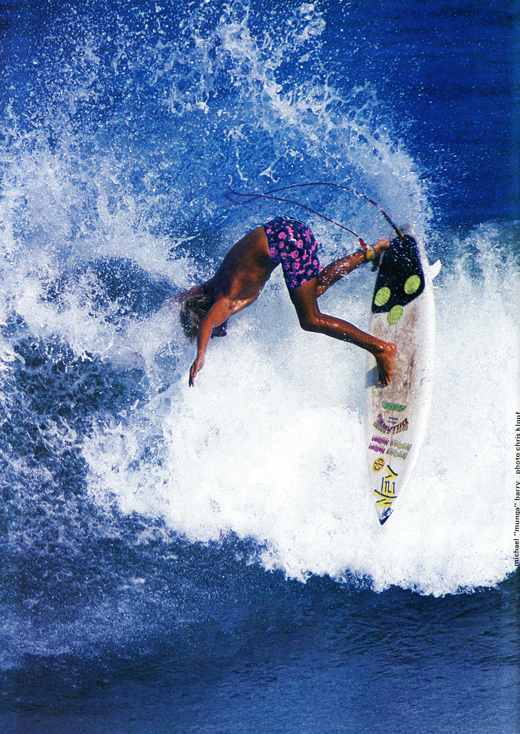 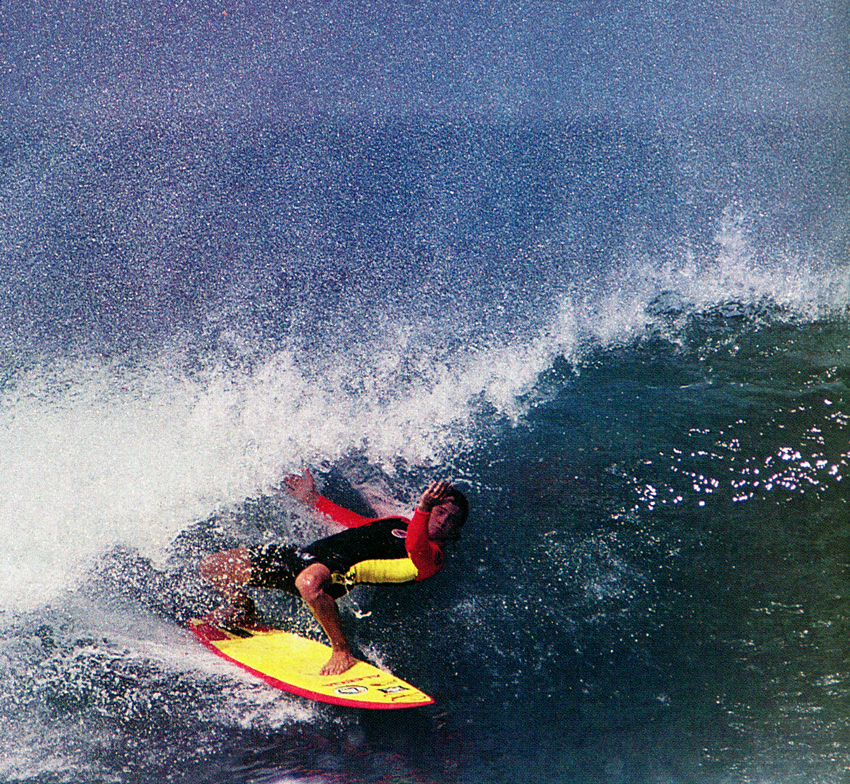 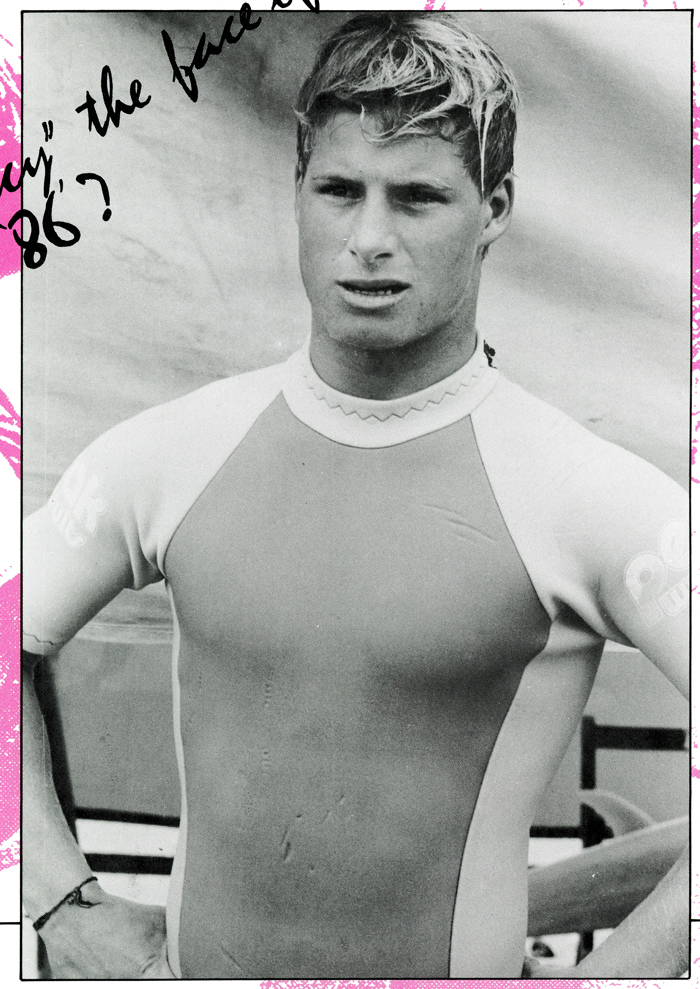 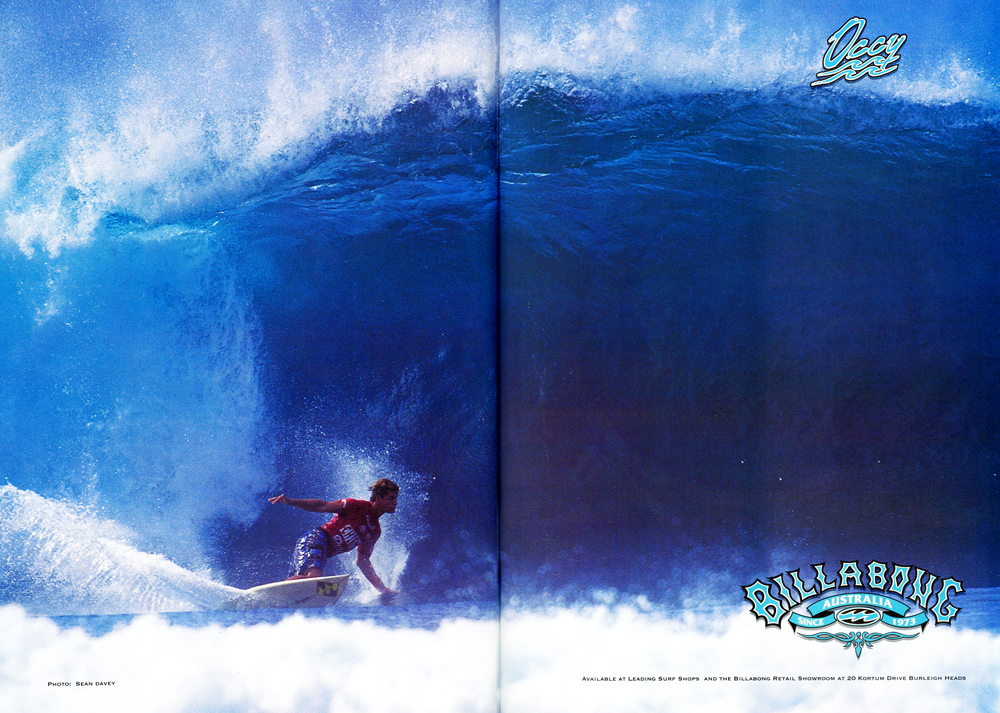 The masterful Mark Occhilupo looking trim as ‘the face of ‘86,’ and hand-dragging off the bottom at Pipe in the ‘Raging Bull’ years, with far more finesse than the moniker suggests. 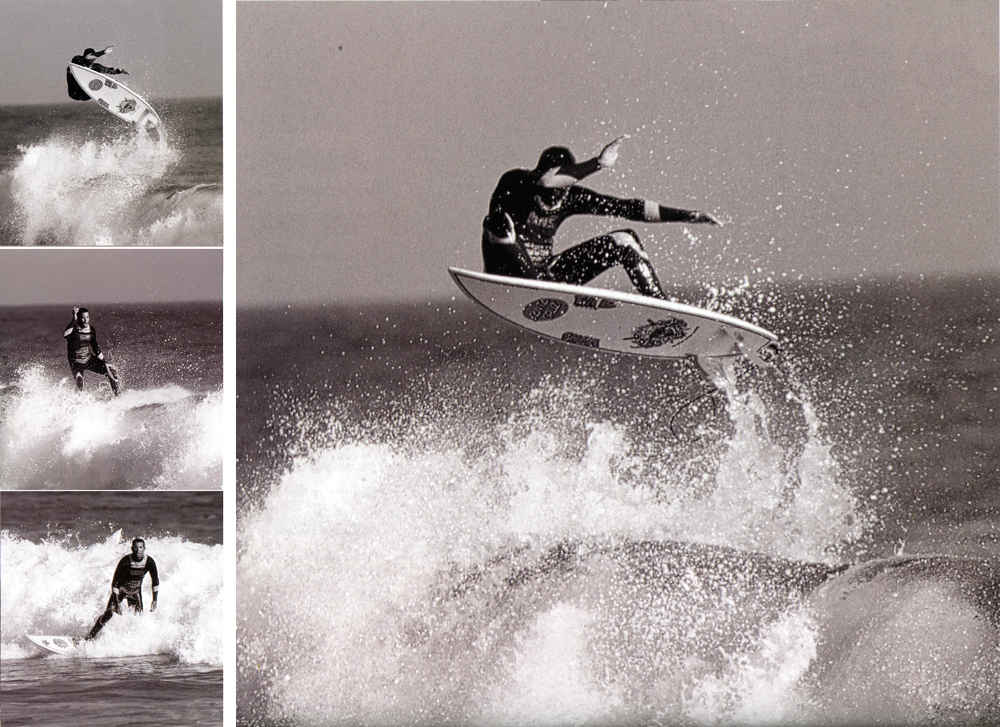 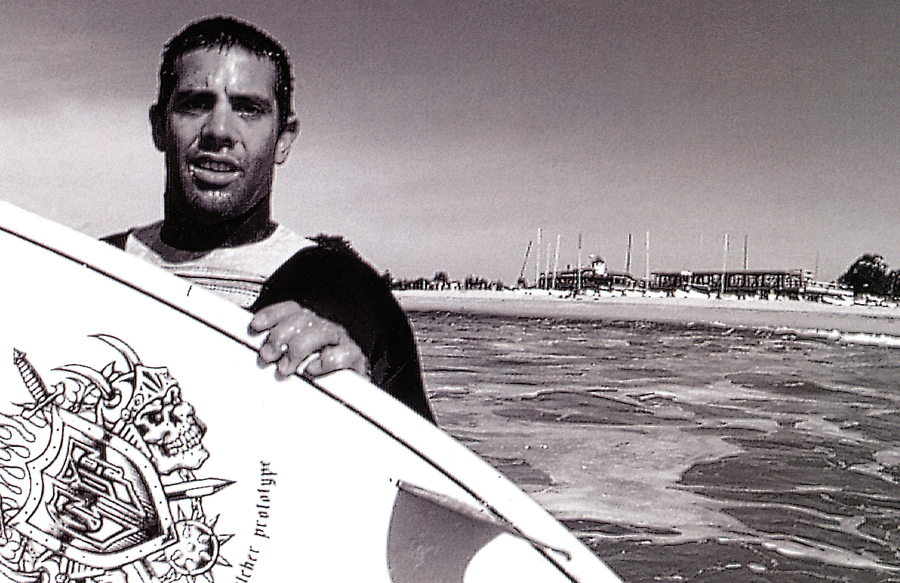 “There’s nothing like psychedelics and surfing,” Christian Fletcher told us in the pages of issue 141. “I spent the better part of my youth on it.” According to the internet, acid trips were responsible for everything from breakthroughs in DNA sequencing to the plot for the novel Frankenstein. Perhaps, thanks to Christian’s profound and pioneering contributions, aerial surfing deserves a place on the list too. 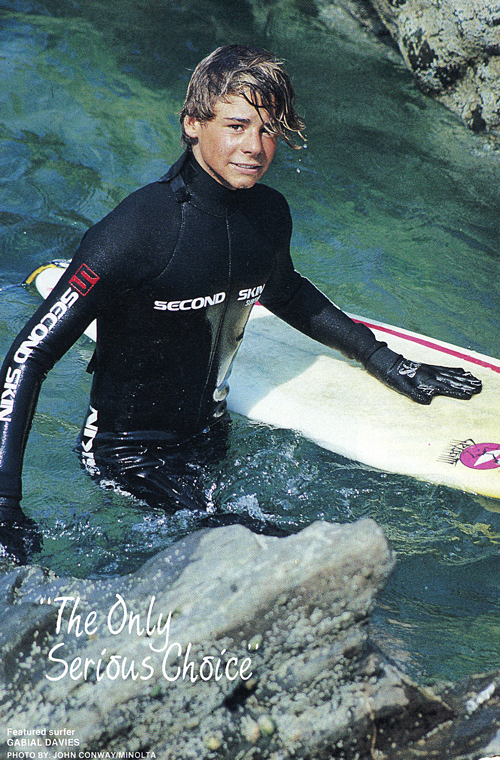 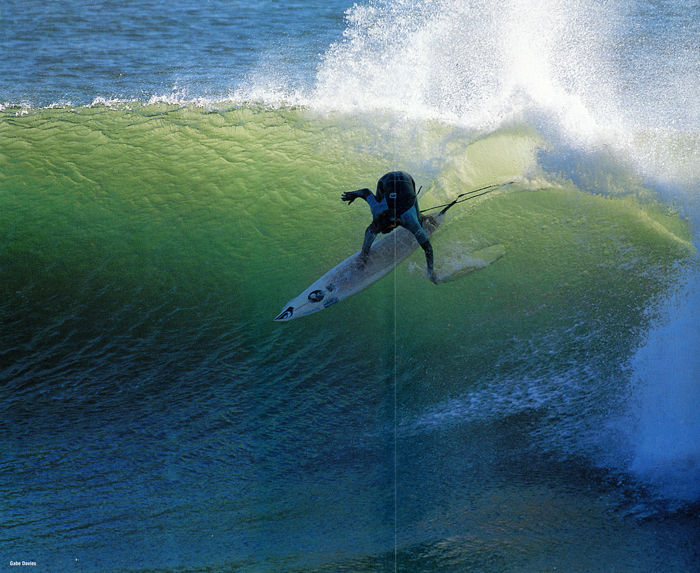 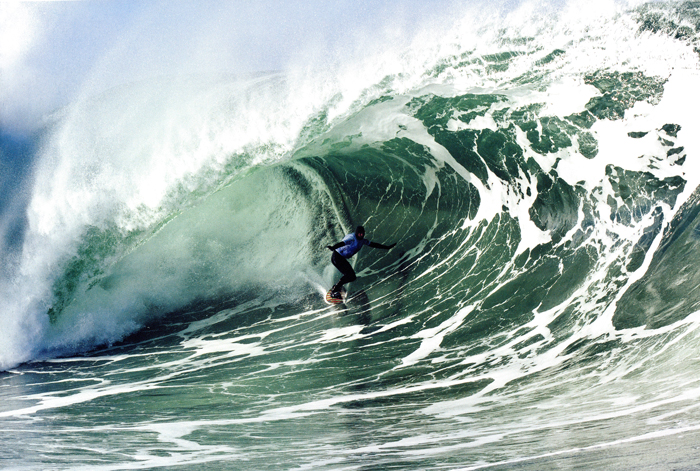 Born five years before WL’s first issue, North East ripper Gabe Davies featured heavily in the mag through his (and its) youth, adolescence and early adulthood – from a timid grom on his first-ever ad shoot for Second Skin in the late ‘80s, through high-performance trips with the Quik team in the ‘90s to becoming a doyen of cold Irish slab wrangling in the 2000s. Nowadays he’s an environmental campaigner and Patagonia Surf Manager but can still regularly be found pulling into large brown caverns along his native coastline. Click here to listen to a conversation with him on the WL podcast, recorded earlier this year. 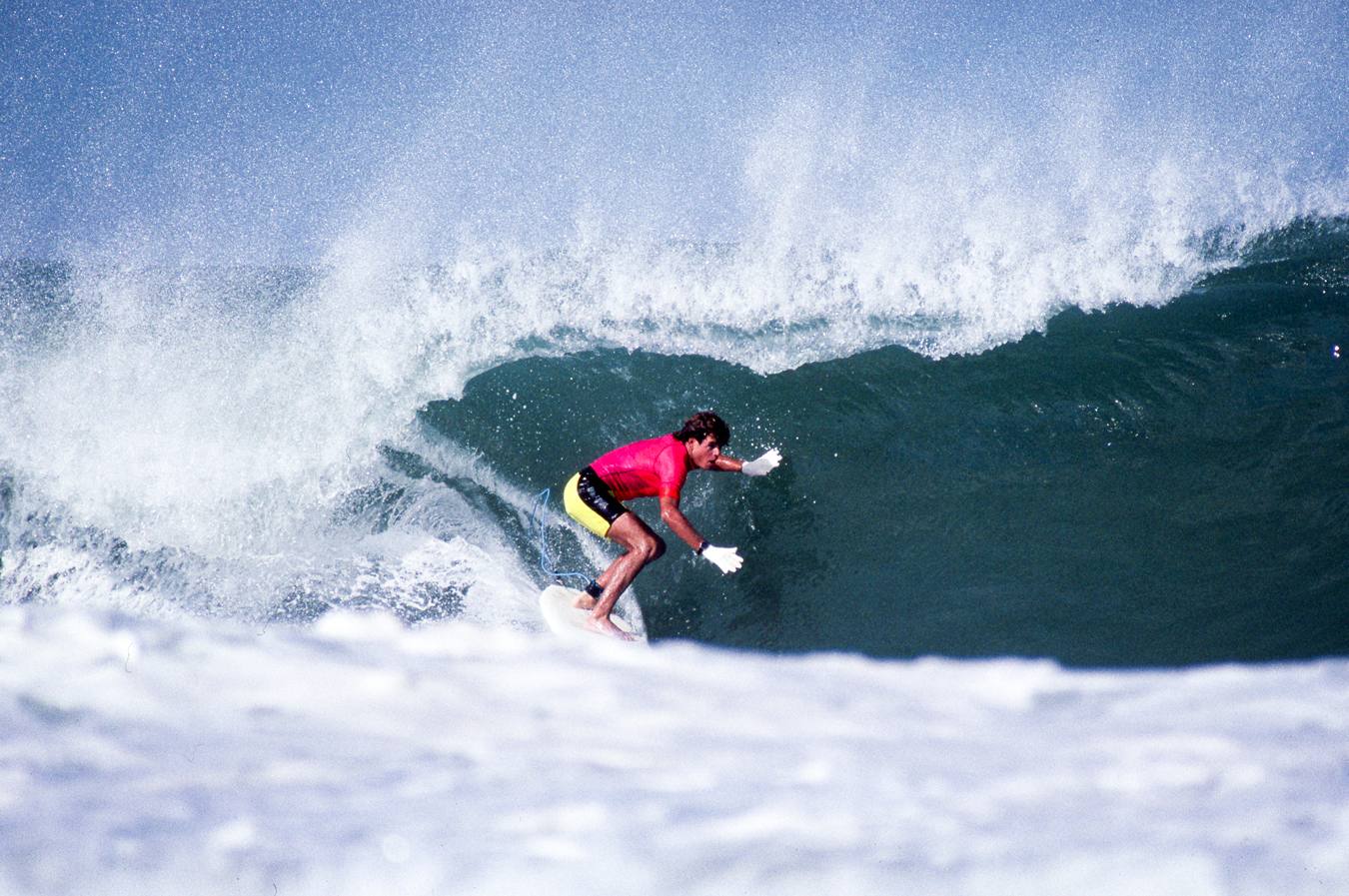 This is Aussie Marty Thomas sporting a pair of webbed paddle gloves during the Ripcurl Pro Landes in ‘89. The accessory enjoyed a brief burst of popularity in the ‘80s when pros and punters alike donned them in the hopes of improving their paddle prowess. However, they fell out of fashion in the early ‘90s after being linked to a spate of surf injuries. Apparently, after suffering a heavy wipeout, the increased resistance allowed underwater turbulence to have its way with the wearer’s arms, leading, in several incidences, for them to be rag-dolled right out of their sockets. There was also little evidence the gloves actually worked, as much paddling propulsion comes from the elbow and forearm. If other resurgent surf trends are anything to go by though (see Gaths, gaudy neon and front deck grips) they’re due a comeback any day now. 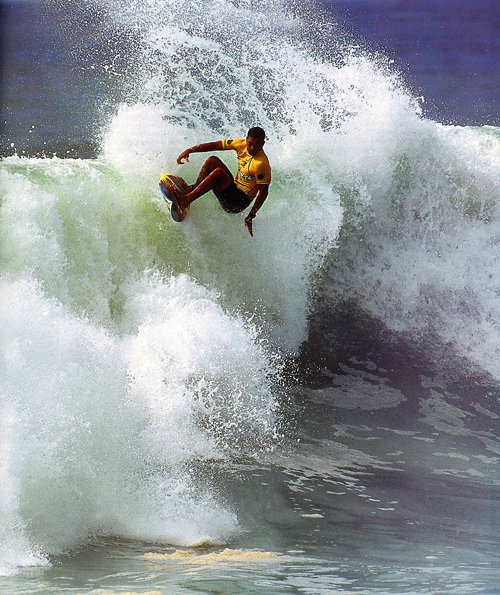 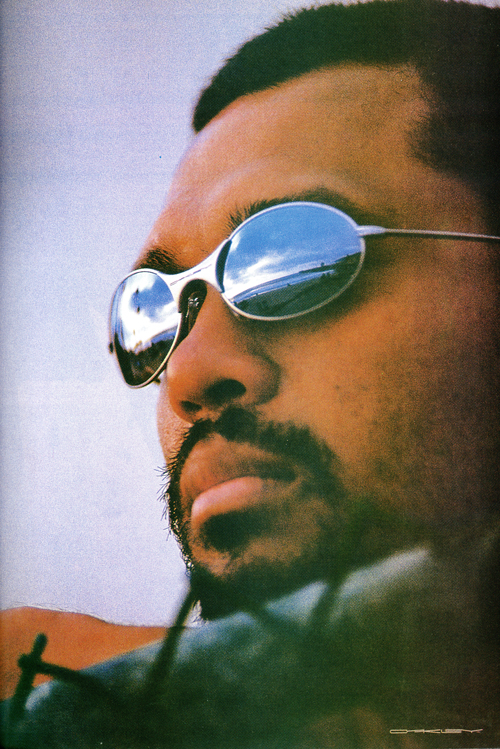 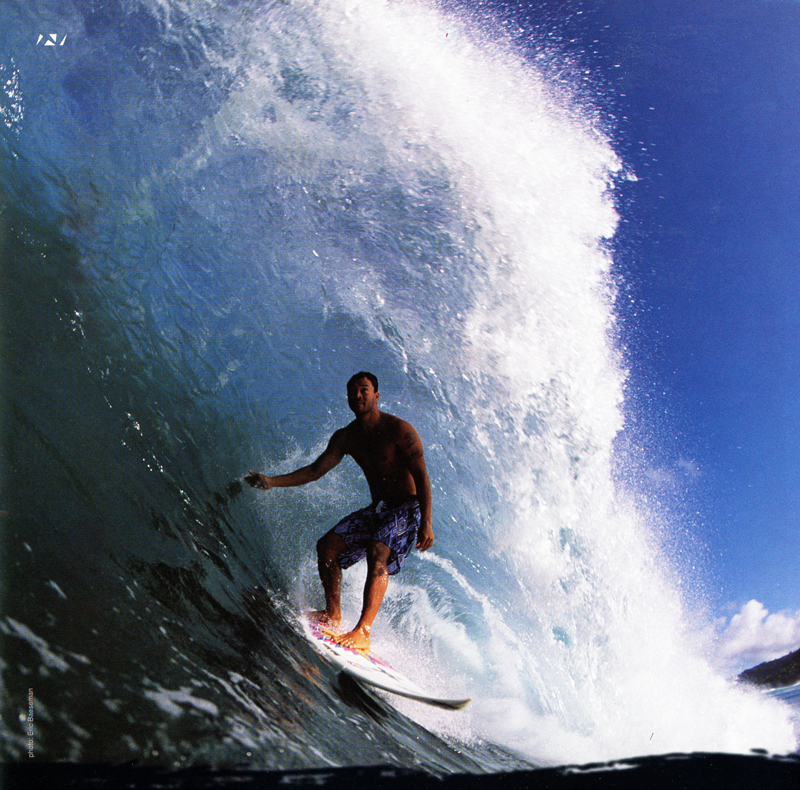 In all the melancholy that understandably surrounds Sunny Garcia and his current struggle, it’s heartening to look back on images from his surfing heydey and remind ourselves of the incredible significance of his contribution to the sport. Described as one of the last of the old school power surfers, he sat in the top 10 on tour from 1990 until he claimed his first world title in 2000, winning a record 6 Triple Crowns in the process. 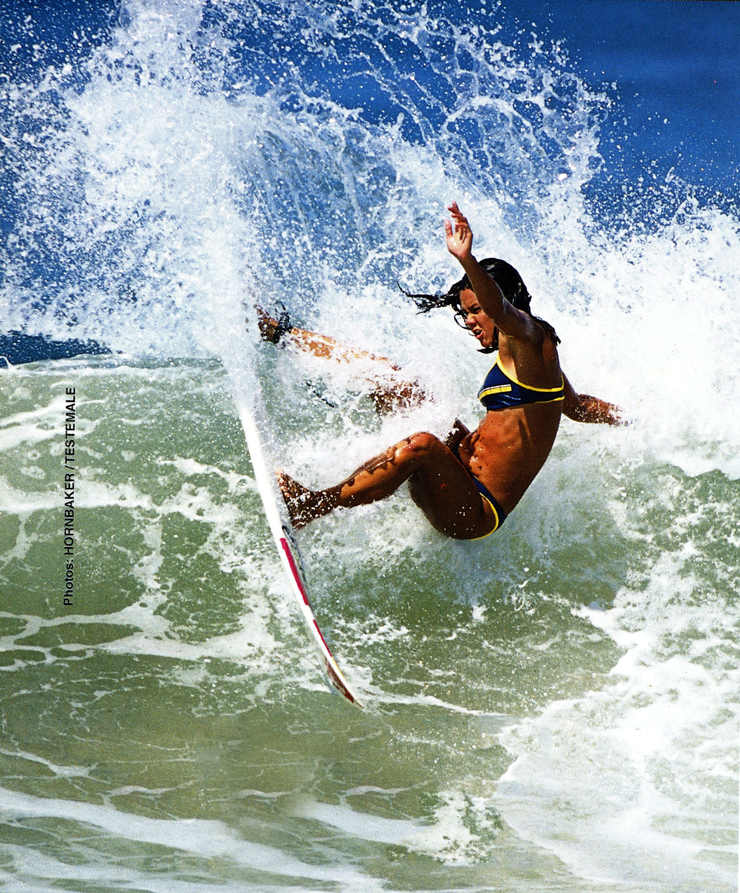 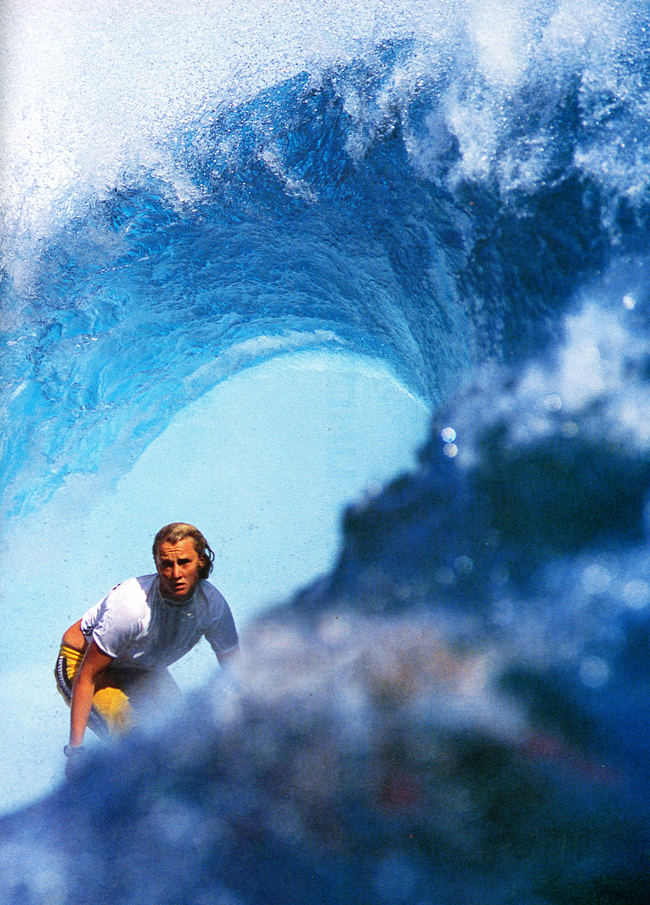 In the last instalment of Deep Cuts, we recounted how a new generation of surfers picked up the mantle laid down by Lisa Andersen to carry women’s surfing triumphantly into the New Millennium. Among them were powerful Hawaiians Megan Abudo and Keala Kennelly, who as well as being influential athletes in their own right, each contributed an extra kick to the rapid growth of female surfing by featuring in early naughts smash Blue Crush. Read an interview with Keala discussing her time on the film here. 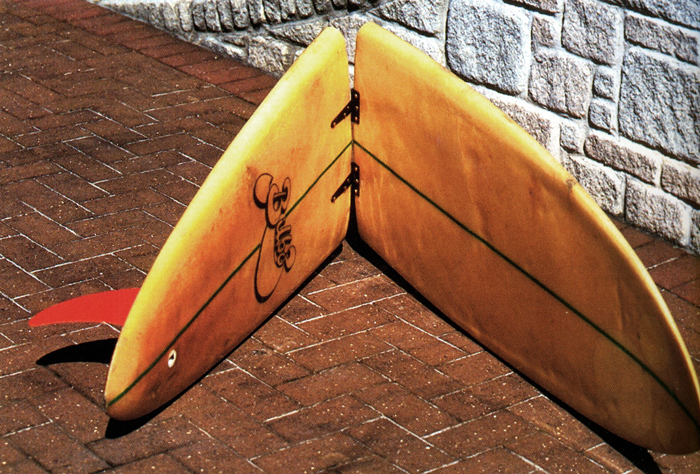 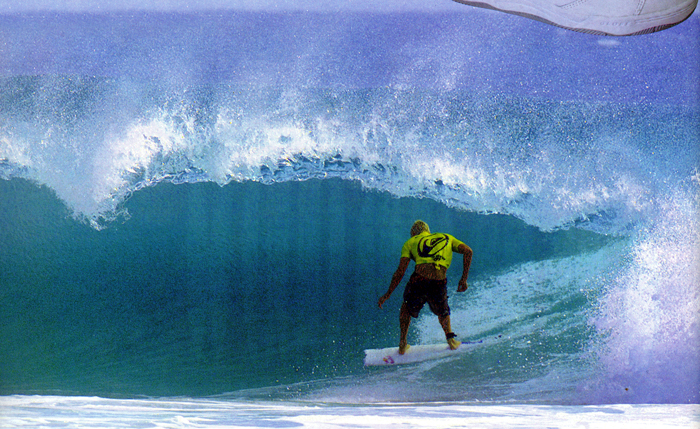 In the 1970s, Newquay board builders Bilbo began work on a prototype for a collapsable surfboard. “The concept was that it should fit into the boot of the then very popular Ford II Escort and a two-wheeled family suitcase” read an article on the subject in issue 101. Sadly they never took off, thanks mostly to their propensity to fold up in big and surf and the fact the hinges were prone to rust. Just over three decades later, Mick Fanning proved the top half of a board is largely unnecessary anyway, at least for the superhuman shredder, when he rode a snapped craft to victory in a heat at the 2002 Quik Pro Gold Coast during his maiden year on tour. 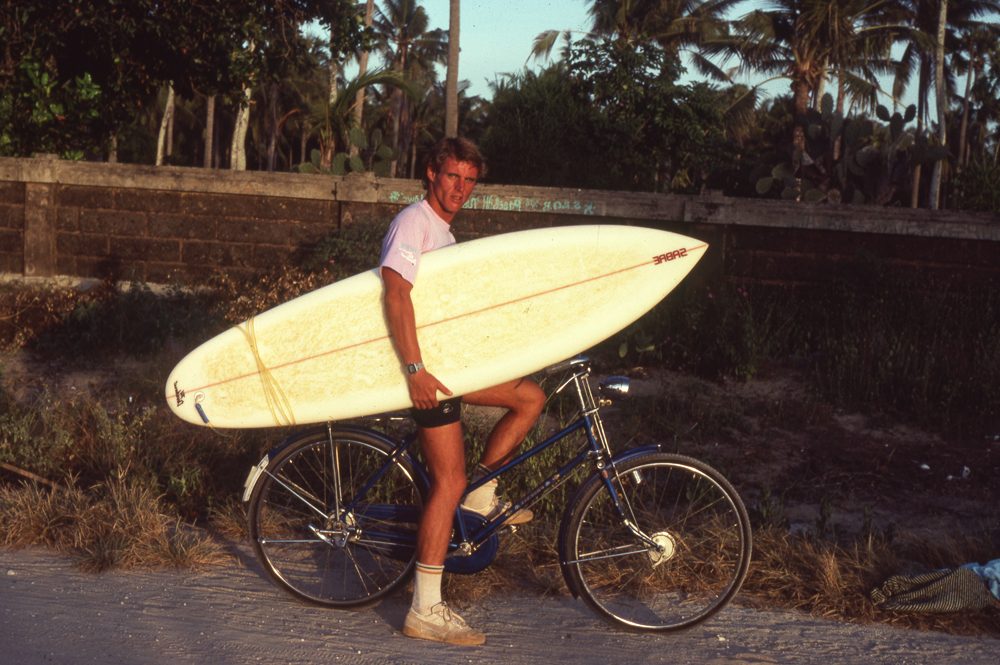 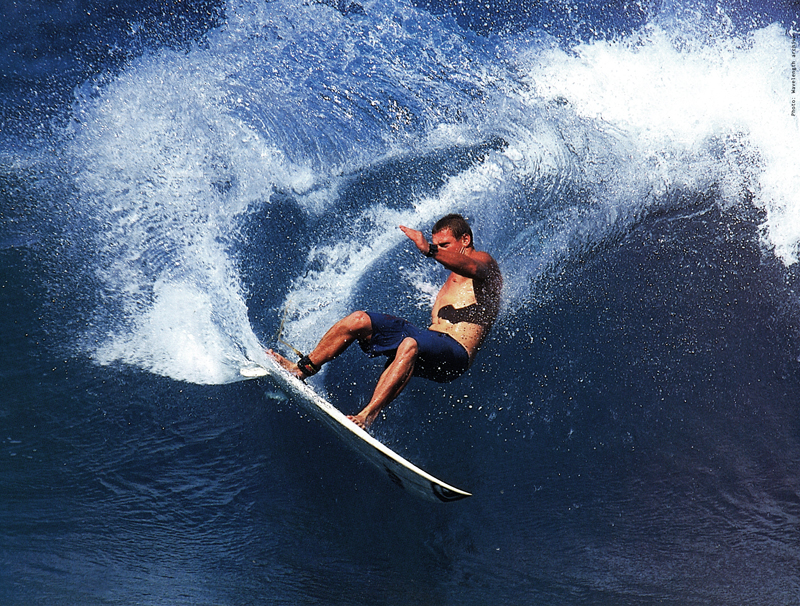 Two legends of the British surf scene, who, not content to be big fish in a small pond, cast out a decade apart to make an impact on the world stage. The first, Ted Deerhurst – who we profiled in Deep Cuts I – is pictured here in Australia in ‘81 and the second, Spencer Hargreaves – who featured in Deep Cuts III – with characteristic power at Rocky Point in ‘93.

According to Wikipedia, Chris Bertish is a South African surfer, stand-up paddleboarder, adventurer and motivational speaker who won the Mavericks big-wave contest in ‘09 and completed a solo, unsupported SUP across the Atlantic in 2017. All very impressive. But, based on this sequence of him packing a giant closeout at the Cribbar in 2004, we reckon his biggest accolade: owner of ‘Best Cribbar Barrel Vision Ever’ deserved a mention nearer the top, so have updated his Wiki page accordingly. 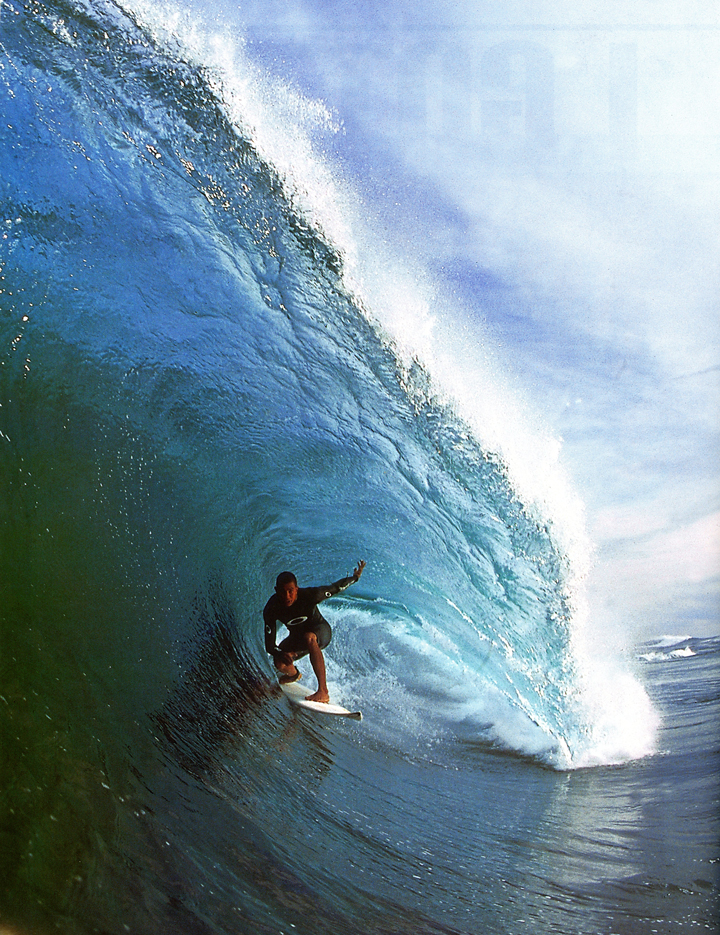 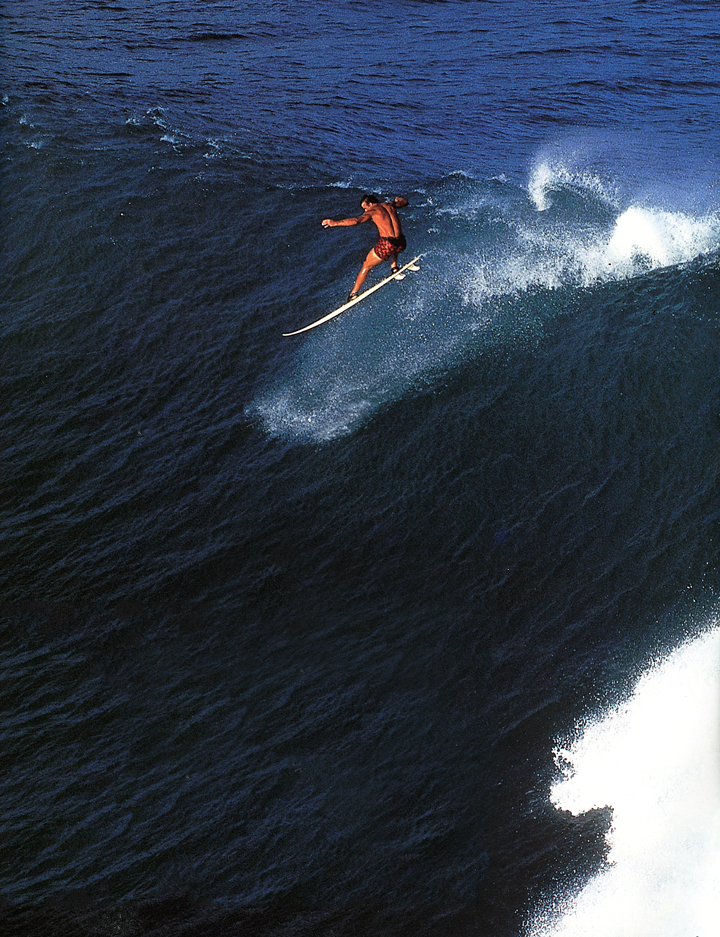 As the new millennium dawned, tow surfing began to gather pace, with new lines being drawn and limits pushed everywhere from Mullaghmore to Cortes Bank. Although bodyboarders had been paddling into slabs for decades – and were regularly joined by standups at places like Shark Island and The Box (pictured) – it wasn’t until jetskis entered the lineups that waves like The Right, Cyclops and Ours suddenly became surfable at size.

As well as opening up new frontiers, towing offered the opportunity for more high-performance surfing on big waves. Leading the charge was Laird Hamilton who, by the early 2000s, was already experimenting with the swooping rail carves and aerial manoeuvres that would set the agenda for big wave progression in years to come. 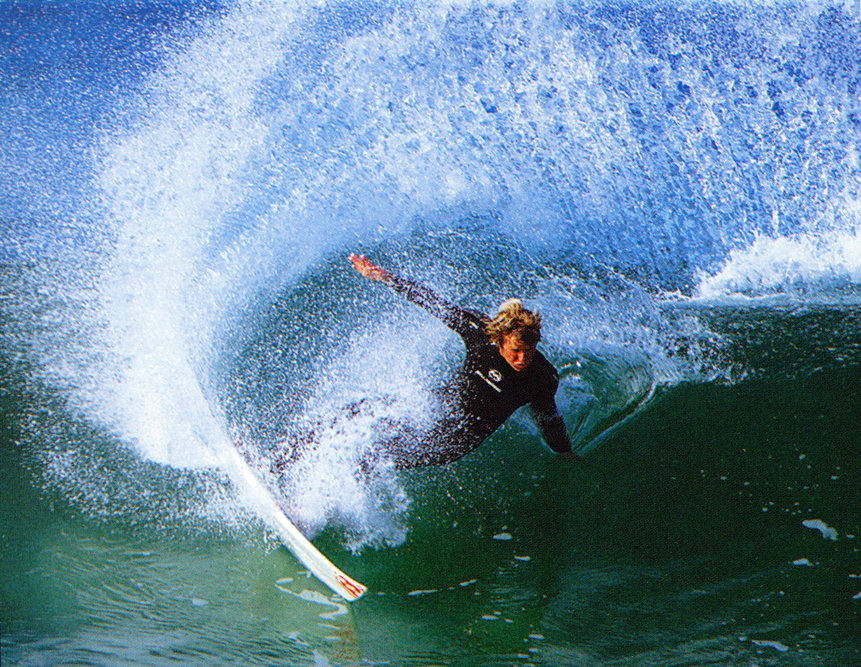 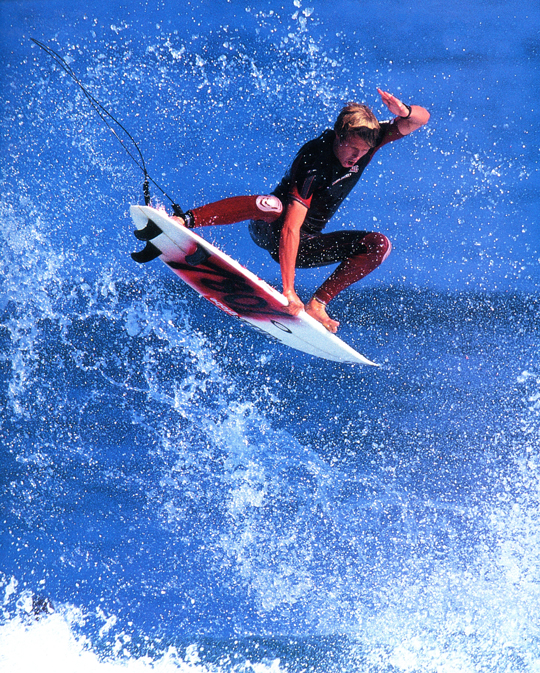 With a rail as water repellent as any of his era’s renowned power specialists and the tour’s most progressive air game throughout the early 2000s, Taj Burrow is roundly regarded as the best surfer never to win a world title. 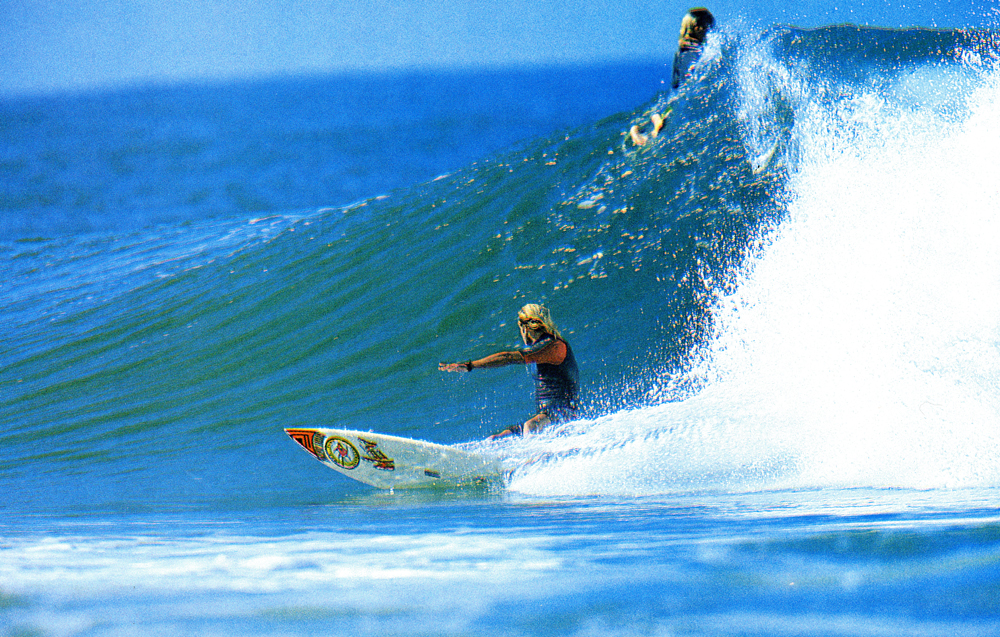 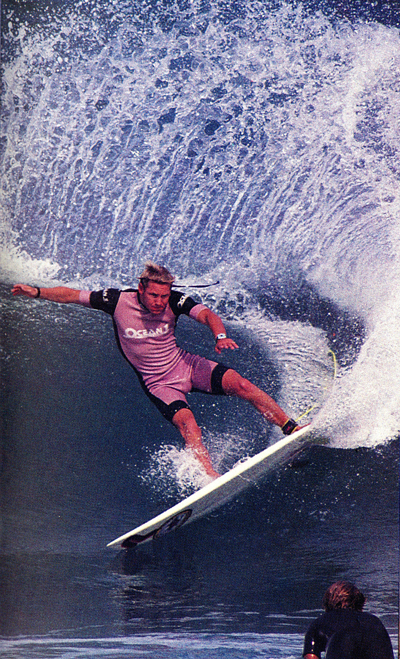 Aussie Richard ‘Dog’ Marsh has been doing tour laps around the world since the early ‘80s, first as a competitor and more recently as a coach. Nowadays, his roster includes the likes of Frederico Morais, Ryan Callinan and Leo Fioravanti. If you look closely enough, you can often spot him on the webcast, scribbling away in his little black notebook during heats. Its contents are top secret, but if it were us, we’d have a few photos like these blue tacked in, to flash at our students and the other tour coaches, just as a reminder that our knowledge of a well-timed bottom turn and perfectly-placed arc went beyond the theoretical. 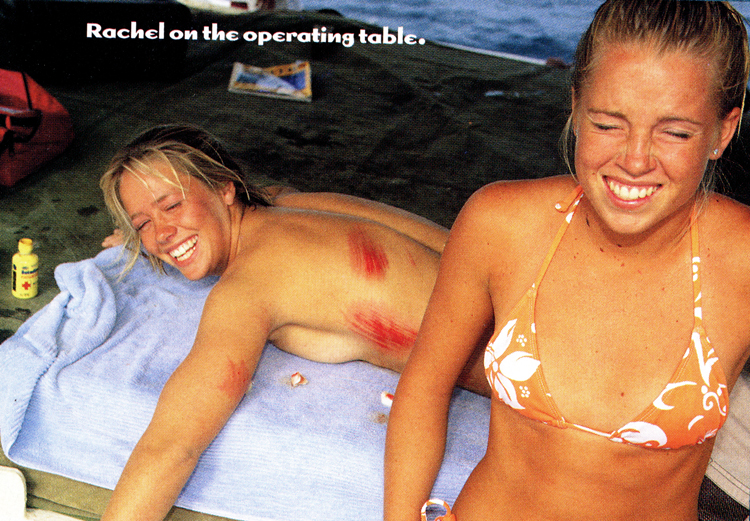 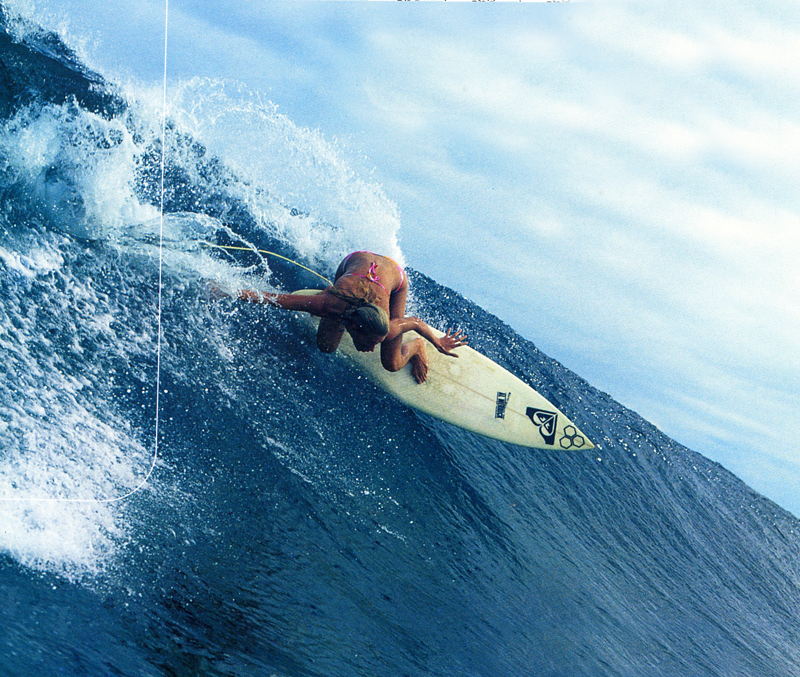 In the late ‘90s, as the demand for female surf clothing exploded, Roxy ramped up its marketing efforts, placing regular ads and editorial features from its all-women team trips.

While eminent surf historian Matt Warshaw is disparaging of the brand’s depiction of its athletes slash models in the ’90s – writing that “few companies this side of Calvin Klein worked harder than Roxy to sexualize the underage female,”  – their investment did encourage mags to feature more actual female surfers, rather than just the anonymous bikini models used in most other ad campaigns, (and the unsuspecting sunbathers surf photogs often trained their telephoto lenses on.) It was a small step – but one in the right direction. The job of making women’s surfing more diverse and inclusive, however, would fall to subsequent generations. 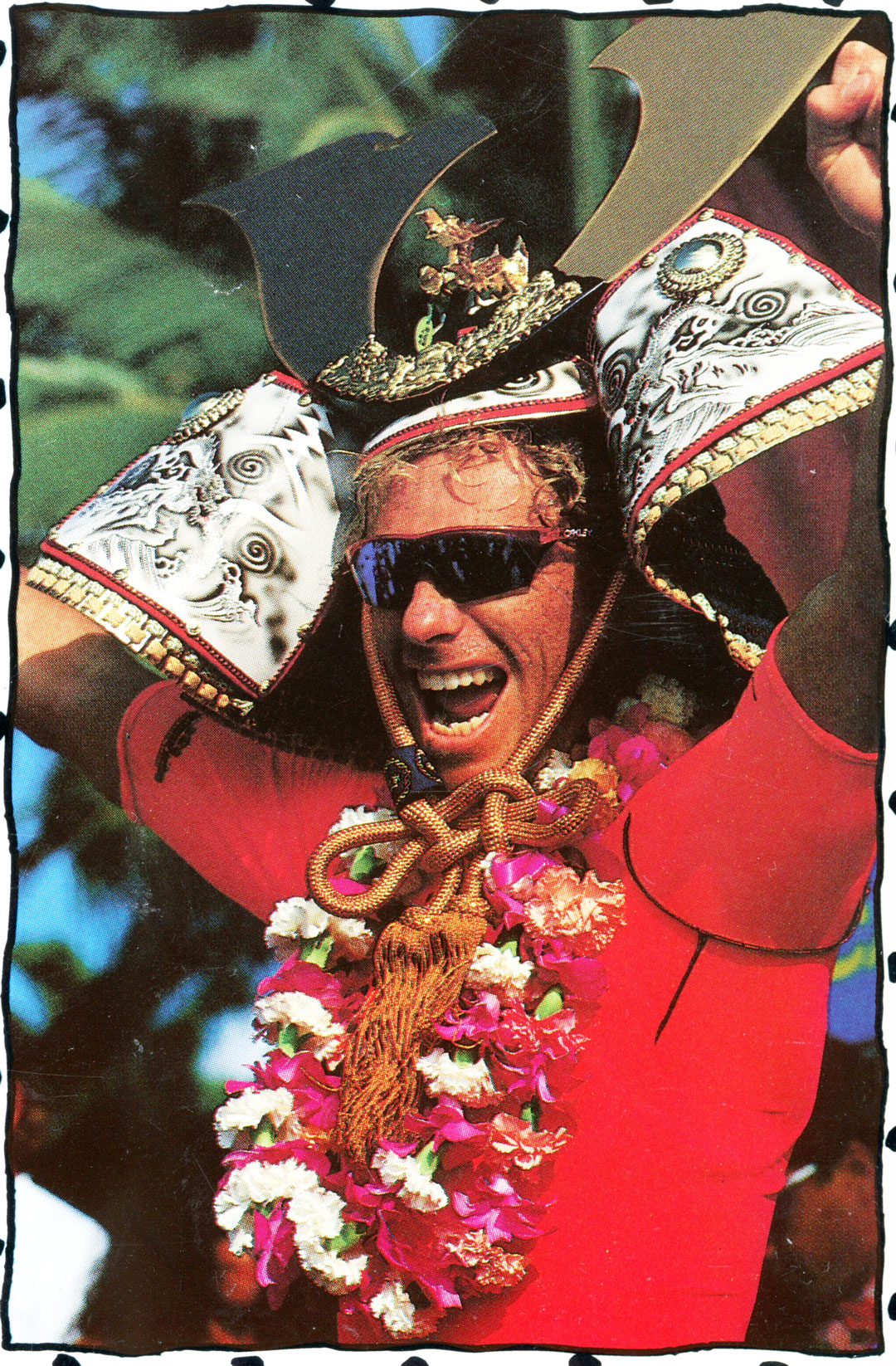 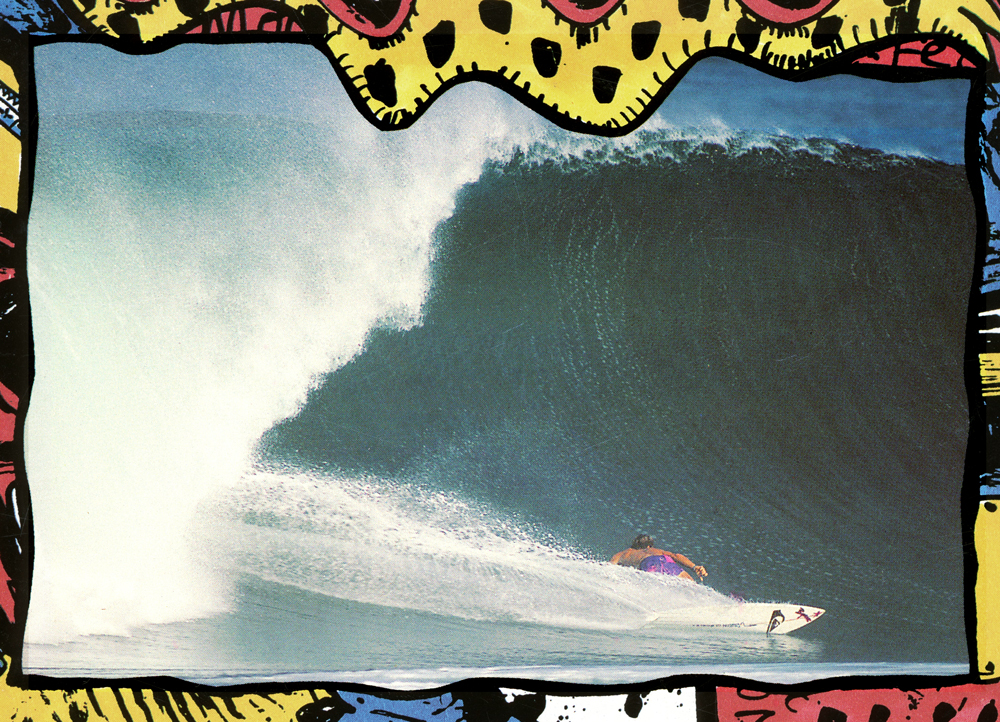 From the snap heard around the world to his Pipe Masters victories in ‘87, ‘90 and ‘91 there are few more iconic surfer and wave pairings than Tom Carroll and Pipeline

When it came to articulating the exact magic of Tom’s approach at the wave, his brother – noted surf journo Nick Caroll – put it best: “I’ve always thought that’s where you see the true TC, alone in that utterly silent moment of freefall down the face of the wave, the impossibly accurate first turn, the perfect stillness and control in the midst of chaos.”