Home » The Extraordinary History Of Surfing On Rapa Nui; The Most Remote Inhabited Island On Earth

The Extraordinary History Of Surfing On Rapa Nui; The Most Remote Inhabited Island On Earth Here's one of surfing's greatest origin stories...

Rapa Nui is the world’s most remote inhabited island, sitting almost a thousand miles away from the nearest livable landmass, way out in the South Pacific.

It’s home to the world-famous Moai stone statues, carved out of volcanic rock over 500 years ago by the ancient Polynesians and set proudly on platforms around the island’s clifftop perimeter.

What is far less known is that Rapa Nui is also the location of one of the world’s most fascinating surfing histories. 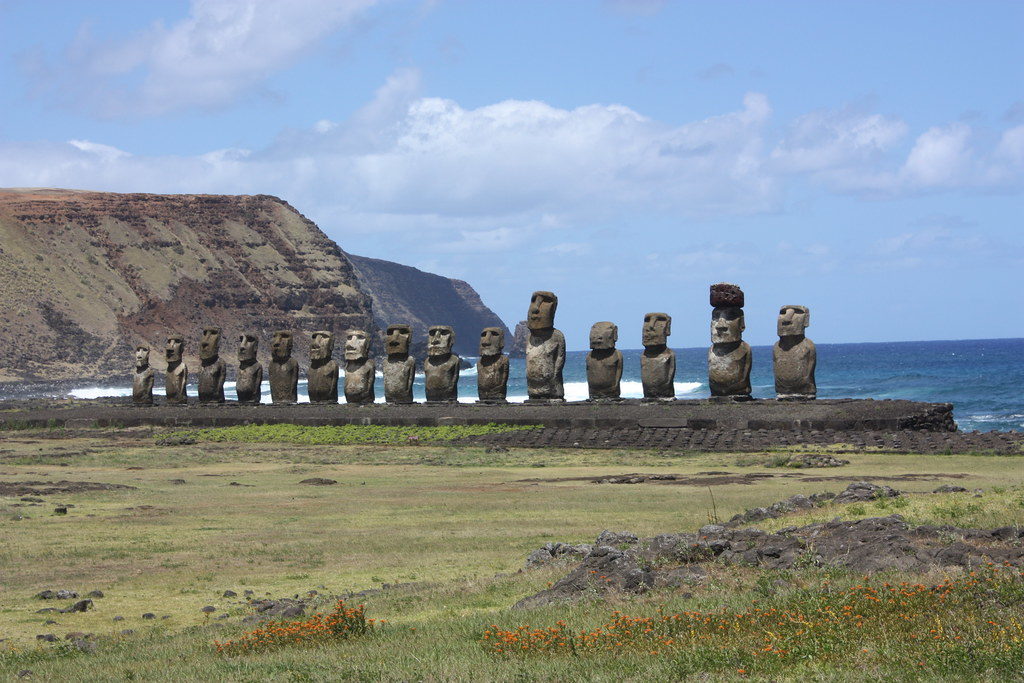 The story begins several hundred years ago, with an islander sat alone on the beautiful Pea beach on Rapa Nui’s west coast, staring out to sea at the gentle waves rolling into the white sand cove. Suddenly, he spotted a turtle in the crest of one of the waves, propelling itself towards the shore. In the following days, hundreds more followed, making their way in and up the beach to lay their eggs in the sand. The islander was amazed by the display, and it got him thinking; what if he too could ride on the energy of the swells?

He waded out into the bay for a try and the ancient practice of ‘Haka-honu,’ or ‘becoming the turtle’ was born. It spread quickly among the Rapa Nui, with ‘Haka-honu!’ becoming a frequent refrain in both chants and local poetry. Historians have since suggested that this display may even have predated the earliest known examples of wave riding in Polynesia, Hawaii and Peru, although they admit there’s really no way to know for sure.

Over the proceeding centuries, Haka-honu bodysurfing was practised widely among the Rapa Nui, with the later addition of tusk-shaped reed bundles- similar to those used by the Peruvians- adopted by fishermen to ride the waves in after a catch. At some point, the islanders also created a practice known as Haka-nini, which involved riding waves prone, purely for enjoyment, on flat pieces of wood.

However, well into the 20th century- despite wave riding’s long history on the islands- and unlike their fellow Polynesians elsewhere in the South Pacific- the Rapa Nui were yet to ride anything that resembled modern surf craft.

To the local community it was a gift from the gods; a blessing sent to encourage surfing on this small, wave-rich rock in the middle of the high seas.

Then, in the mid-1960s, a remarkable stroke of serendipity suddenly catapulted surfing on the island into modernity.

It was a warm summer’s evening and a local lobster fisherman named Kia Pakarati was out looking for his final catch of the day when he spotted something strange out to sea.

“I saw something floating in the distance, coming straight towards me with the current,” he later recounted to a writer named Max Mills. “Almost an hour later, I saw a long-board ready to be punished by the jagged lava rocks. I jumped from the cliffs, grabbed the board and brought it home with me.”

Thanks to the popularity of Haka-nini and Haka-honu, Kia says he could tell immediately that this board was designed for riding the waves and over the coming months he proceeded to share it around with his large extended family, who surfed it with gusto until it became battered and waterlogged.

While some have theorised since that this board must have fallen from a yacht in a strong storm out to sea, to the local community it was a gift from the gods; a blessing sent to encourage surfing on this small, wave-rich rock in the middle of the high seas. 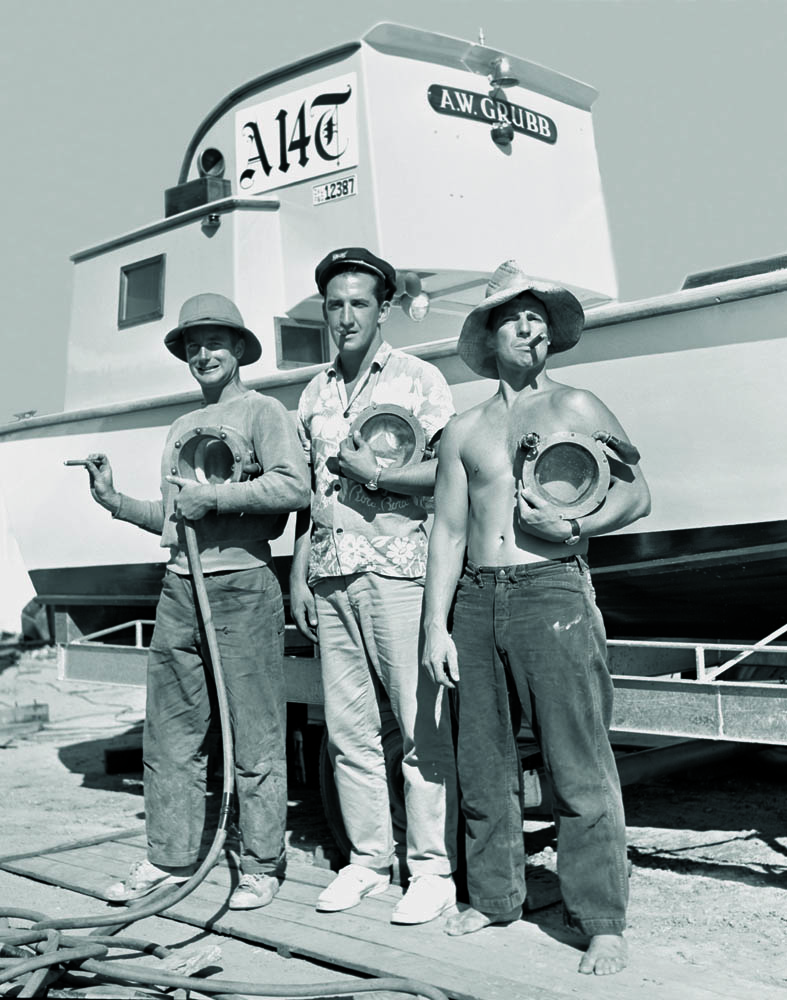 A few years before this magical discovery, surfer and diving pioneer Bev Morgan had visited the island while sailing around the South Pacific, on what was only the second-ever yacht to land there. During a brief stopover, village elders formally requested that he and his crew “contribute to the gene pool” and while it’s unknown whether Bev agreed, what we do know is that he spent some of his trip scoping out the island’s waves, returning to America with reports of perfect Malibu style rollers.

A decade after his visit, in 1972, a group of Chilean divers named Luis Tello, Icha Tapia and Claudio Castro arrived on Rapa Nui on a working assignment. Although they were keen surfers, it hadn’t occurred to them to bring their boards along. However, like Bev, they were amazed by the waves they found, with the warm water and crystal blue colours, sitting in stark contrast to their cold local lineups back in Chile. As their trip drew to a close, they vowed to return one day with their boards.

Nine years later, they met a surf photographer called Erik Aeder while travelling through Chile. He was on an assignment for Surfer magazine, seeking to explore every corner of South America’s surfable coastline. After roaming the coast together for a while, one night under stars and canvas in the Atacama desert, the divers regaled Erik with tales of Rapa Nui’s surfing riches and the following week, the group flew out to the island together.

The story from the trip ran in Surfer magazine, with the centre spread featuring an image of Icha Tapia taking the drop on a solid right-hander, with the towering figure of a Moai statue looming large in the foreground. From then on, the word about Rapa Nui was out.

In 1987 a young surfer named Carlos Lara moves to island, bringing with him a selection of boards and wetsuits for the keen crew of local surfers. Two years later, Brazilian Carlos Burle – who was largely unknown at the time – also paid a visit and it was during that trip that he reportedly got his first taste for the big, heavy waves, that would later carry him to surfing stardom.

In 1990, Rapa Nui held its first surf contest, crowning none other than Pichi Pakarati- nephew of Kio, who discovered the floating longboard over two decades earlier- as its first-ever national champ. 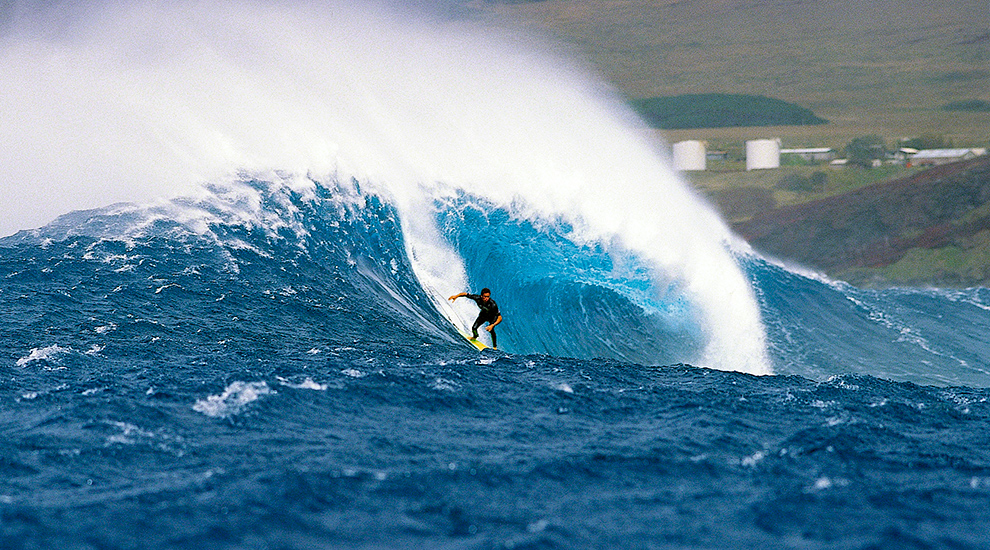 Then, four years later Laird Hamilton and Brock little arrived with an ESPN camera crew, for work on a documentary series called ‘Expedition Earth.’ For a few weeks they shared playful waves with the island’s local surfers. Then, just as they were preparing to leave, a 10-foot swell arrived, allowing the Hawaiians one crazy session of square pits over a sea-urchin covered slab. “I was glad Laird was with me,” reported Brock Little- who was world-renowned for his fearlessness in heavy waves, “as I might have pussed out otherwise.”

The rest of the decade saw a steady procession of travelling surfers, whose techniques and leftover equipment were enthusiastically adopted by the ever-growing local population of young surfers.

Since the early 2000s the island has become a key focus for Chilean big wave charger Ramon Navarro, who’s made the quick five and a half-hour hop from the mainland to Rapa Nui half a dozen times over the course of his decade long love affair. His most memorable trip came in 2013, after years attempting to score a perilously fickle, long barrelling left, that breaks along a series of lava boulders at the base of towering cliffs.

After local charger Uti Araki called to tell him about an incredibly promising-looking forecast, Navarro roped in pals Cristian Merello and Gabriel Villaran for the last-minute strike, scoring what he later described as some of the most perfect waves he’d ever ridden in his life, “only comparable with Cloudbreak.” 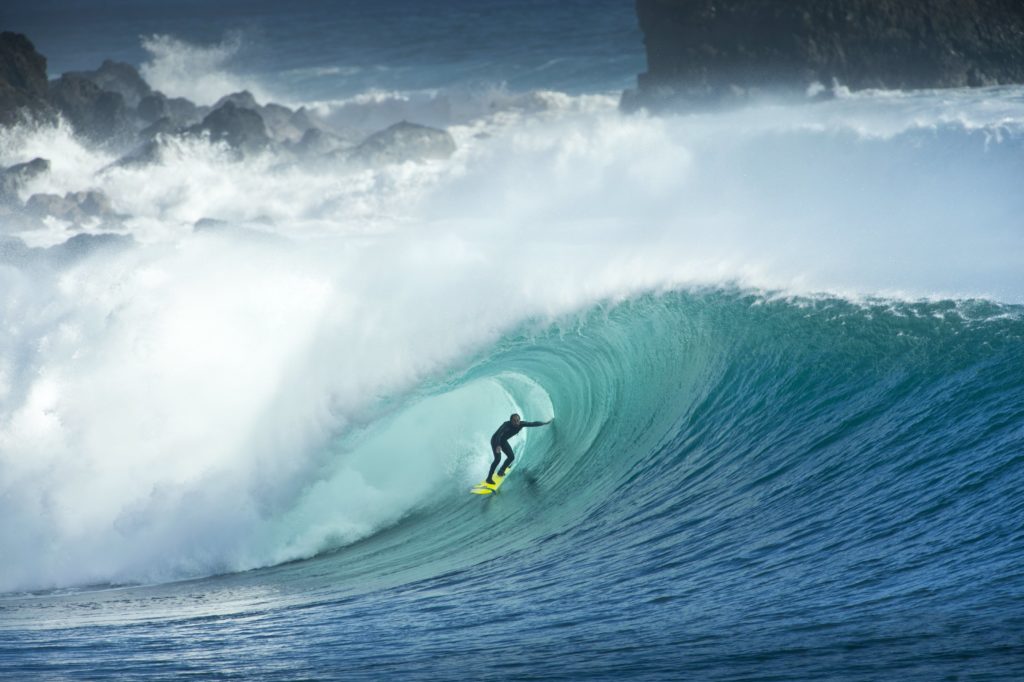 Nowadays, a thriving local surf scene and a constant flow of beguiled travellers combine with a rich diversity of setups to create a surfers paradise for all tastes and abilities.

Travellers can even rent surf equipment from a thatched shack with bright orange walls and book a lesson with local surfing legend Mai Teao who will push them into the very same crystal blue rollers of Pea beach where the island’s first-ever surfer set out to imitate the turtles all those centuries ago.

You might also like:
The Curious Case Of Diego Garcia: A Tropical Paradise With A Dark History
The Faroe Islands Has Just Two Local Surfers; We Travelled There To Find Out Why