Home » The Father Of Surf Forecasting Just Passed Away Aged 101

The Father Of Surf Forecasting Just Passed Away Aged 101 A tribute to Dr Walter Munk- the man who made it possible for us to track swells.

Tributes have been pouring in for Dr Walter Munk, the father of modern Oceanography, after he died earlier this week, aged 101 at his home in California.

Over his stellar 70 year career in the field, Munk has accrued an unparralled rap sheet of achievements. Most famously, he was instrumental in the planning of the D-Day invasion in WWII, allowing allied troops to plot a successful course through the choppy waters of the English channel.

After the war, he served as an advisor to various US presidents, consulted with the Pope and The Dalai Lama, and perhaps most importantly for our purposes, laid the crucial groundwork for the inception of modern surf forecasting. 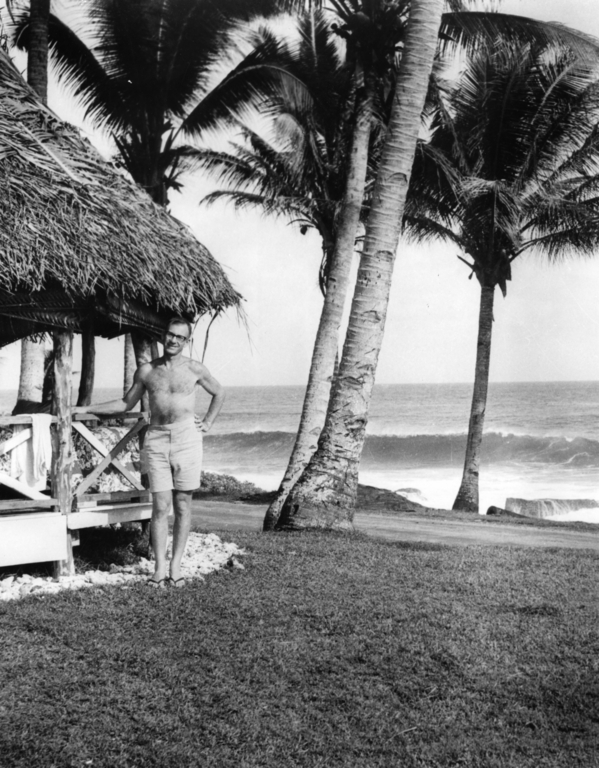 Dr. Munk in American Samoa in 1963, during an expedition tracking storms across the Pacific. Photo courtesy of Scripps Institution of Oceanography

Funded by the US Navy’s lucrative ocean science grants, Dr Munk spent much of the 50’s tracking ocean swells and refining the science around wave creation and ocean circulation. In the 60’s he set out on a series of expeditions, tracking Antarctic storms as they made their way through the Pacific from his floating lab.

Munk was a true pioneer and there is broad consensus among those in the know that ocean forecasts would be nowhere near as advanced as they are now, were it not for his efforts in a whole range of fields.

“During my career, I have worked on rather too many topics to have done a thorough job on any one of them,” Munk wrote in 1980 with his trademark modesty. “But ‘definitive papers’ are usually written when a subject is no longer interesting. If one wishes to have a maximum impact on the rate of learning, then one needs to stick out one’s neck at an earlier time.”

Next time you scroll down the forecast and start scheming, spare a thought for the man who first scribbled the equations on a blackboard that made your forward planning possible.