Isn’t it nice, in a world of constant uncertainty and flux, to return each year to a place where everything is joyous and never seems to change?

For at least two weeks in October, when the Quik Pro swings into town, Hossegor is that place.

Sure, the name on the trophy might alter once in a while- and this year featured an etching with particularly exciting ramifications- but almost everything else that makes it such a fantastically fun fortnight remains staunchly unwavering.

We gurgle the same cheap wine in the same square filled with the same beautiful girls, wearing expressions of contempt or arousal, depending on which member of the invading army of Aussies, Brits, Germans and Spaniards is trying their luck that evening.

And in the mornings, as the sun breaks over the same sand dunes and burns away the mist, an assortment of world-class surfers face off against the same thick-lipped shorebreak kegs (that are either the best in the world or glorified closeouts, depending on who you ask.)

By this point we know where to find them when the comp ain’t on; at Graviere for the dawny, or hucking huge airs at Cul Nus during an orange-tinged evening airshow, or down the beach on the other side of the river when north of the canyon turns to victoire en mer.

Here’s a selection of choice moments featuring the world’s best, sans-singlet, along the southernmost stretch of the Cote d’Argent from the two weeks that just was: 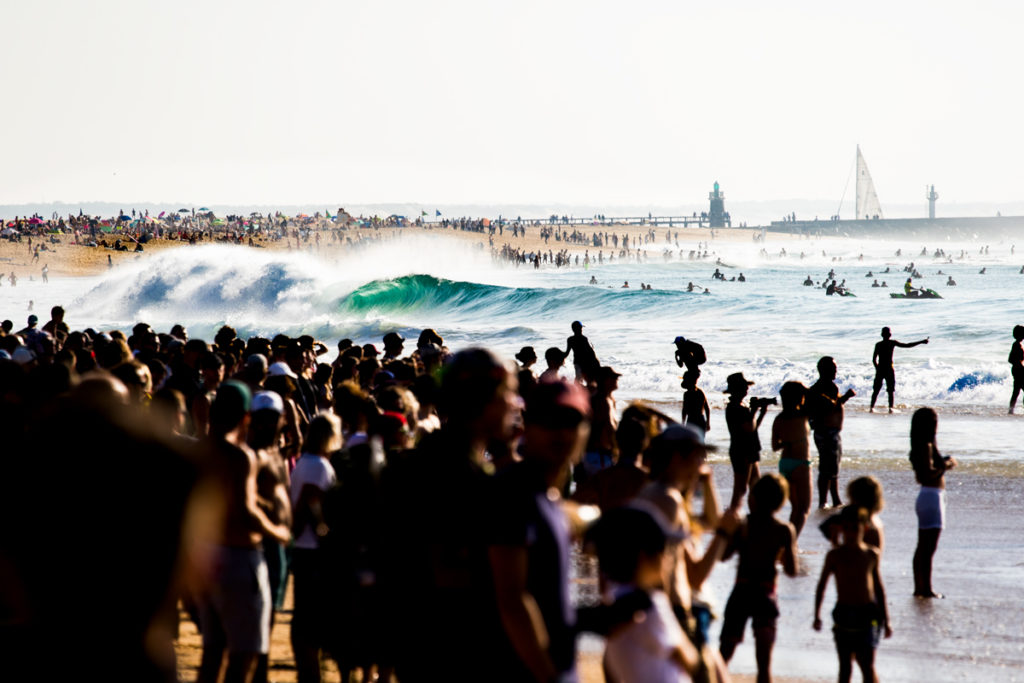 Every year, thousands of men, women and children gather on the shoreline to cheer, wave their flags, toke their joints, get selfies with their surfing heroes and if they’re really lucky, feel the innards of a Graviere honker slap them about the face. 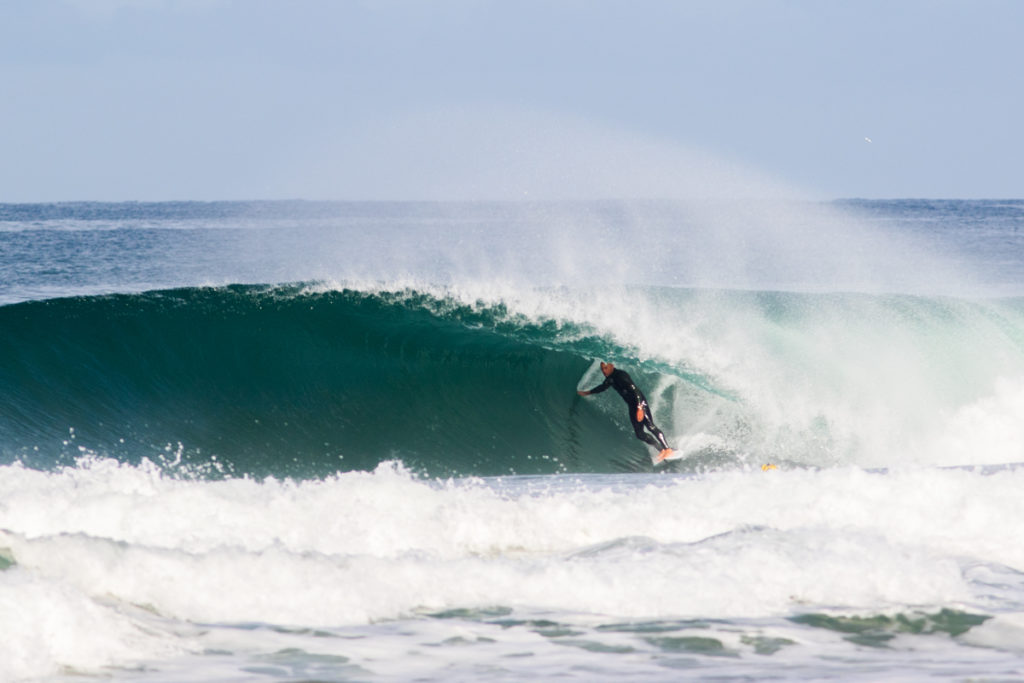 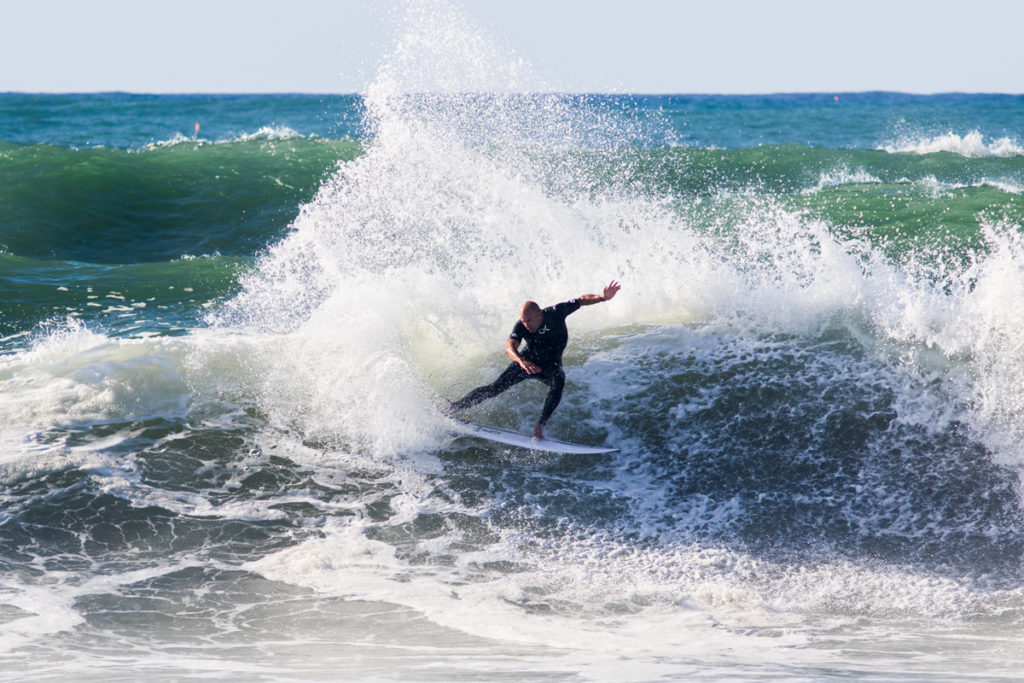 Despite his round 3 exit from the comp, when stripped of the retirement year pressure, the GOAT’s surfing looked nothing short of timeless. (We’re assuming he’s still planning to retire at the end of the year, after his Parko usurping announcement at J-Bay last year, although perhaps that’s tres naive of us…) 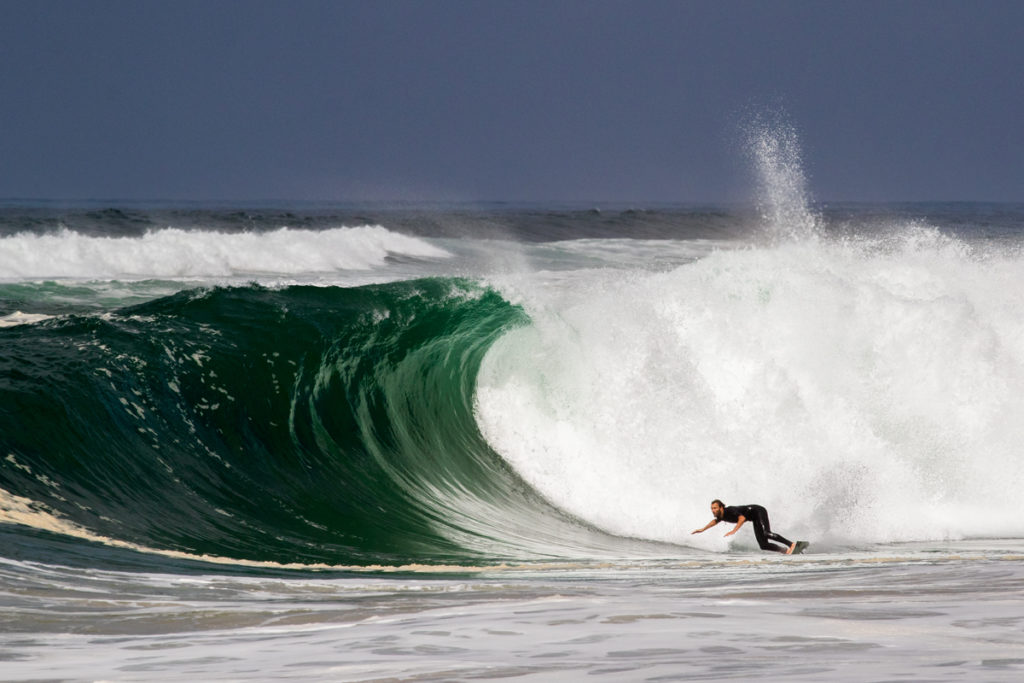 A recently relegated Frederico Morais got the call up for the entire Euro Leg courtesy of Mikey Wright’s back injury. Despite looking super at home in the whomping French beachies, he fell in round 3 to an inform Jordy Smith. Hopefully, the hometown advantage will fare him a little better this week in Portugal. 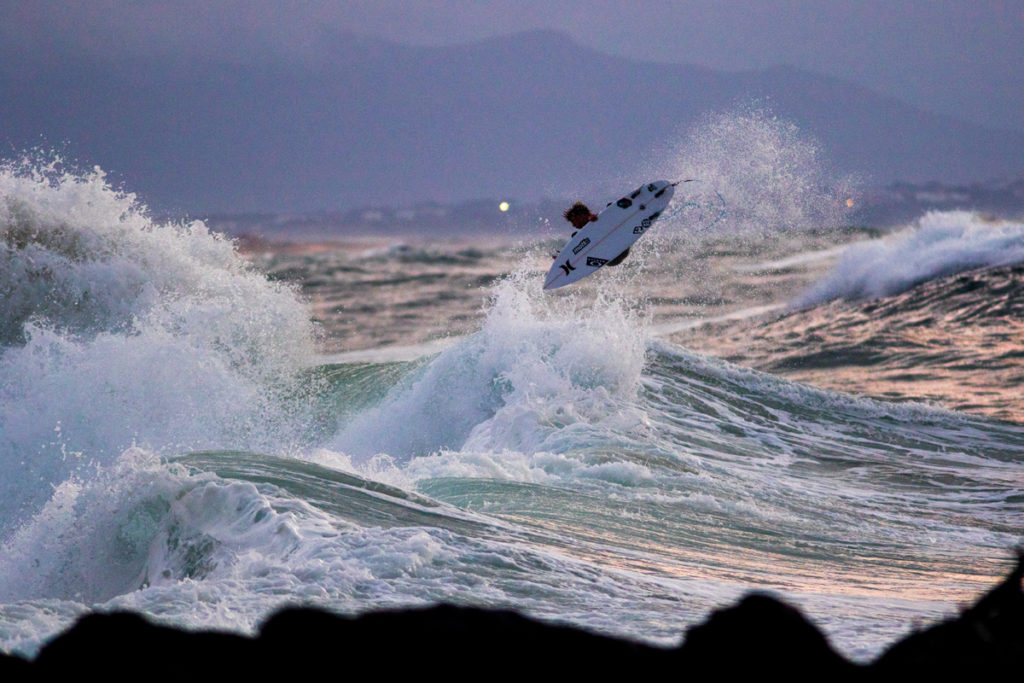 Any groms who appear to be holding their own among the star-studded pack during the Quik Pro free surfs instantly marks themselves out as one to watch for the future. Here, 16-year-old Sam Piter solidifies his rank among the visiting pros in his local lineup. 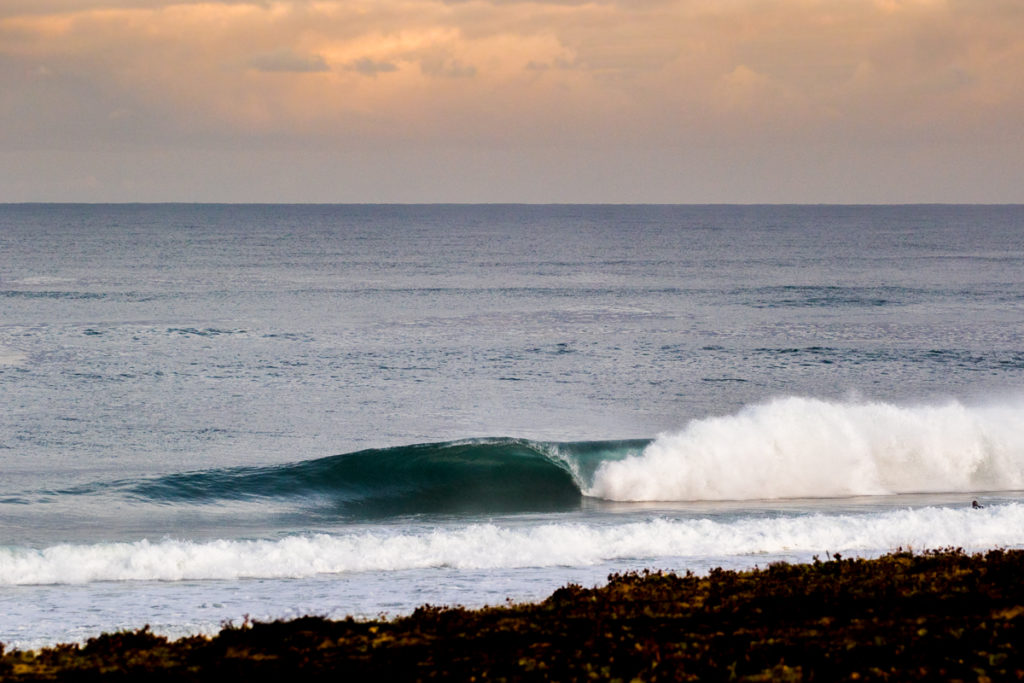 A sheet-glass emerald morning drainer, just over the dune. 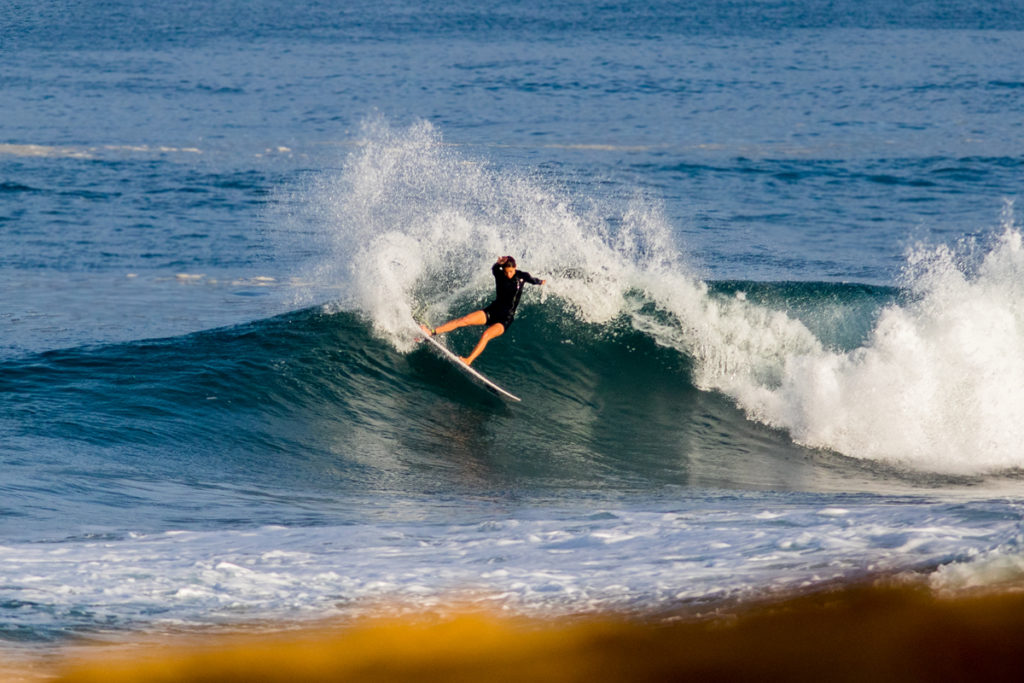 Another promising local up and comer Juliette Lacome engages her rail on a playful runner, somewhere between Graviere and Culs Nus. 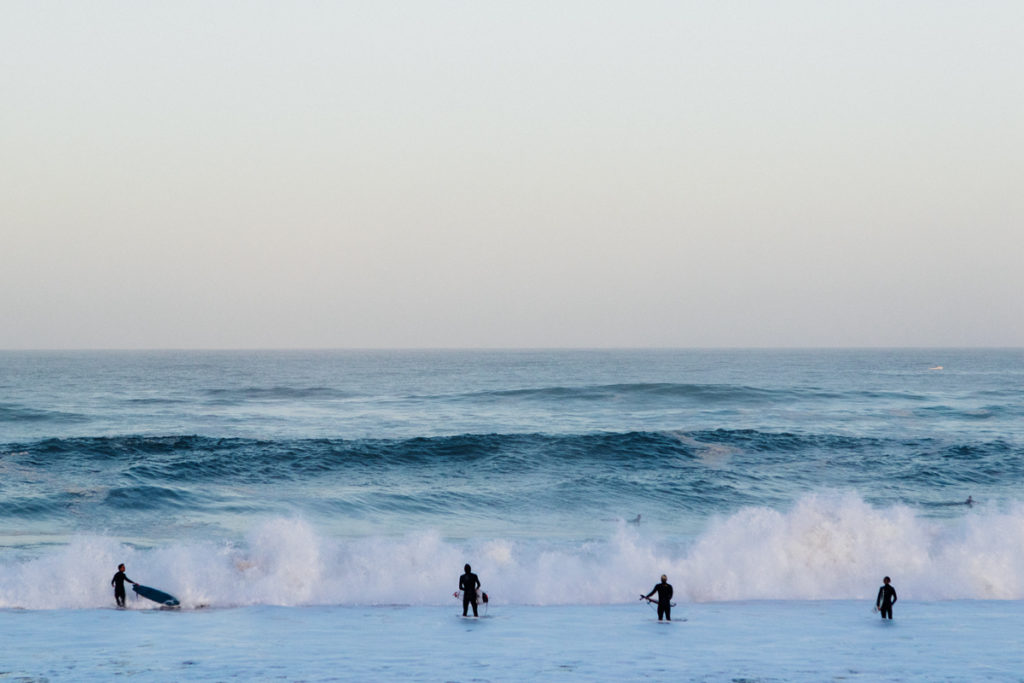 Timing is everything when traversing the short crossing between beach and take-off spot at Graviere. Get it wrong, and you’ll find yourself in ankle-deep water, facing down overhead closeouts with a mouth full of cold gravel before your session’s even begun. 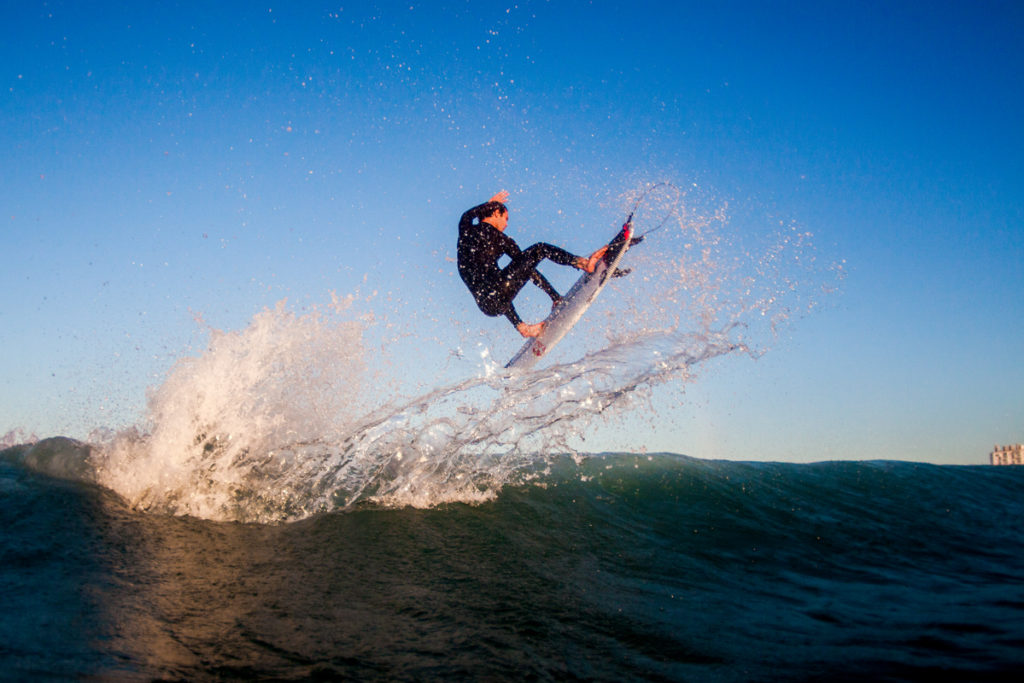 Like Slater, Smith looked razors sharp in the free-surfs. His quiver looked dialled for the conditions (which is often not the case) and his surfing seemed perfectly precise both above the lip and under it. Unfortunately, none of that was enough to put pay to J-Flo’s hot streak. 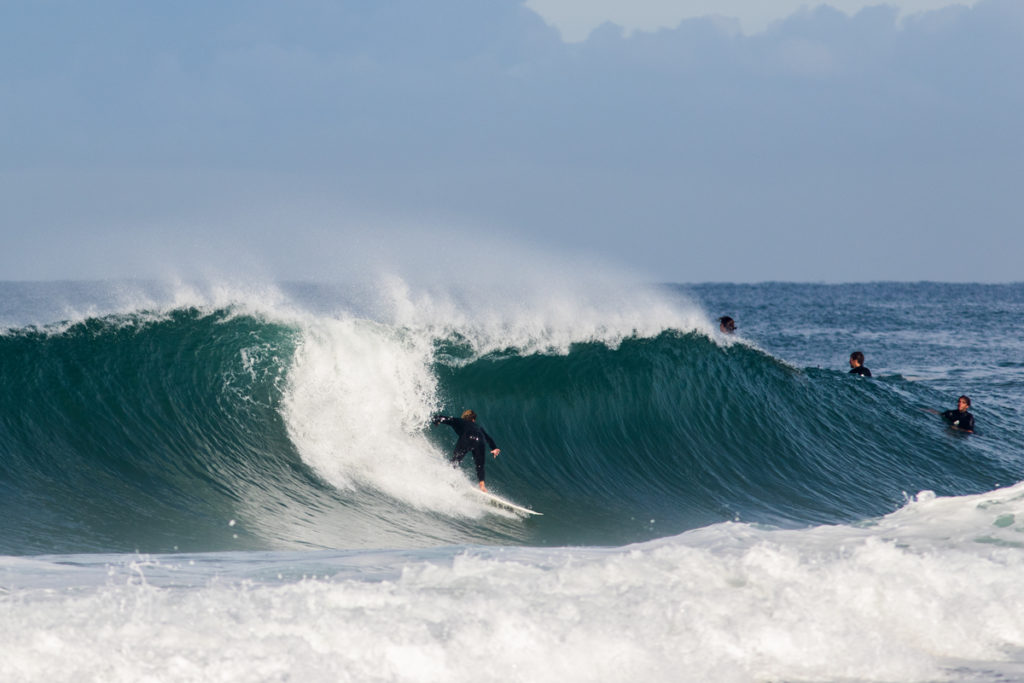 Despite the sheer number of pros in town, you don’t have to have a sticker on your board to snag a good one. Here, local surf instructor Thomas Tribout picks off a perfect lefthander from under the noses of the wave-hungry crowd. 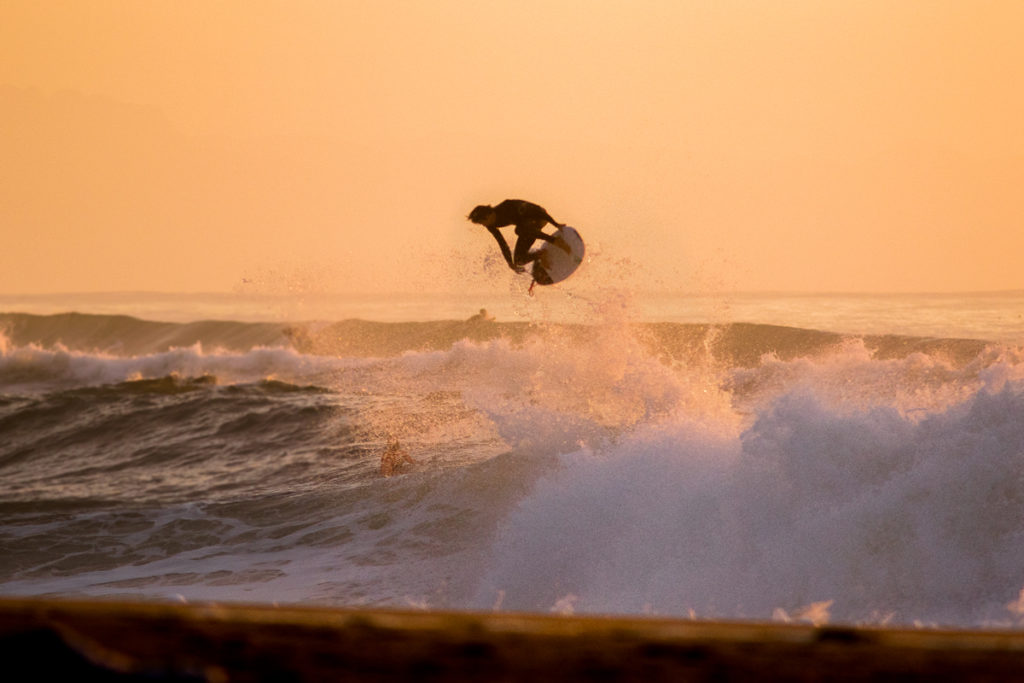 Eric Geiselman nails a lofty full rotation ‘crazy spin’, created and named (rather unimaginatively) by Josh Kerr- who now serves as commissioner for the Red Bull Airborne event which brought Geiselman to Hossegor. Catch the full sequence on the Quik Pro section of our insta story highlights. 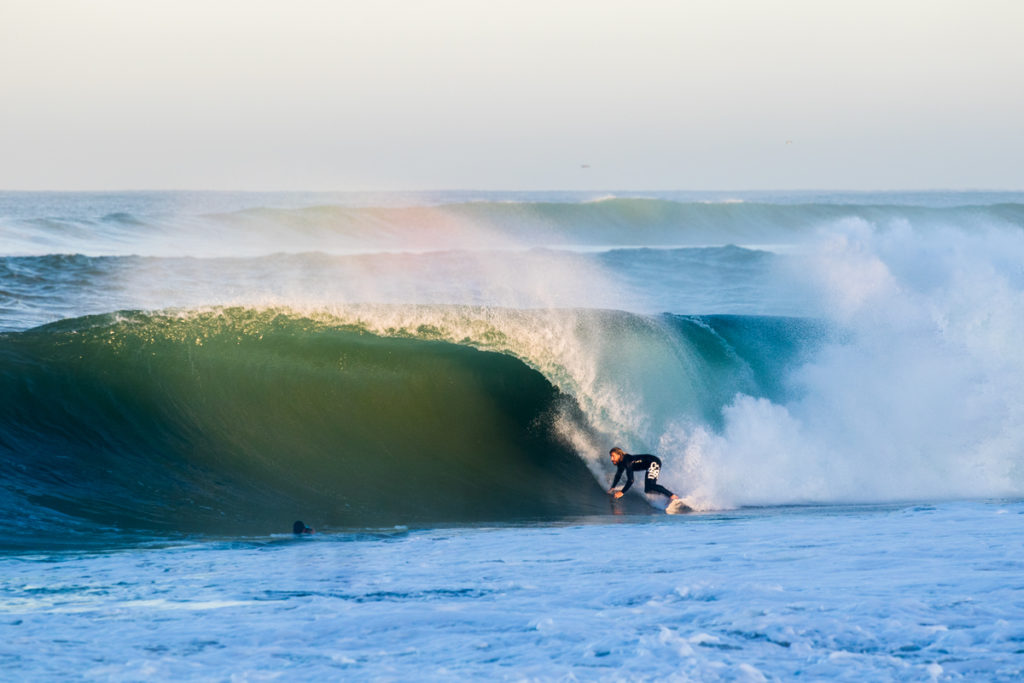 Wade Carmichael powers off the bottom as the sun burns a hole through the morning mist. 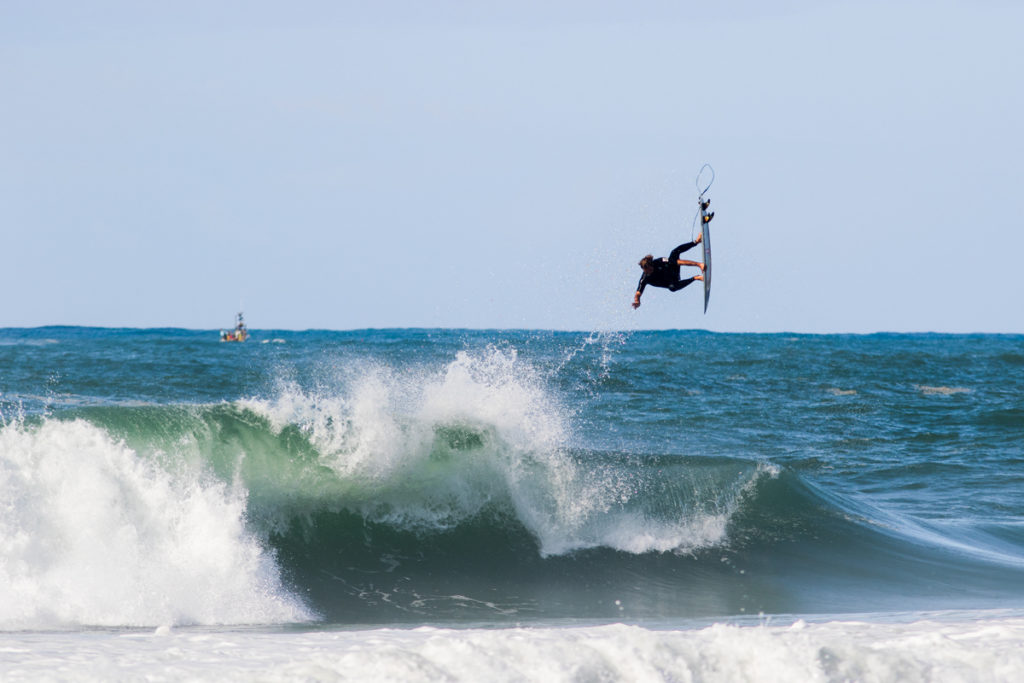 Willi Alliotti launches one of the largest and most potentially perilous punts of the week off a backwash springboard. Some say he’s still up there somewhere.

5 Things We Learned At The Quik Pro France