Listen: Matt Smith In Conversation With Trevor Gordon A brand new podcast, featuring a conversation with a pair of sea-faring farmers from either side of the Atlantic covering bears, boats, big waves and more.

A few months back Californian Trevor Gordon and Ireland based Cornishman came together at the front of a packed room at Finisterre HQ, to share stories of travel, sailing, surfing and farming.

For those unacquainted, let us introduce the duo. Trevor is a Californian surfer and liveaboard sailor, who spends his time building campers and boats and sliding stylishly along the waves around his home in Santa Barbara on a wide array of craft. Matt hails originally from St Ives and was part of the small crew of surfers who, back in 2012, founded Moy Hill Farm- where he currently resides. Between the harvests, the farm’s expansion and various community projects, he still finds time to charge some of the region’s world-renowned slabs. 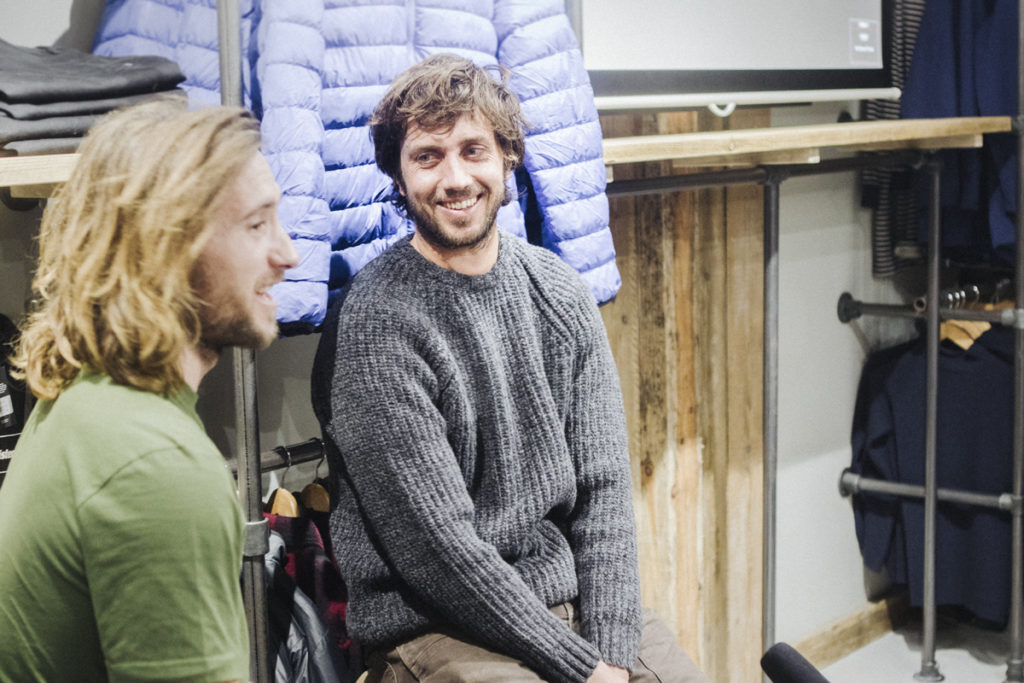 The resulting conversation bore none of the super-polished and overly-earnest hallmarks of many live talks – but rather was defined by the sort of humour and self-awareness you might expect from two blokes in the pub, just having a chat about the things they’re into, after a long day in the brine.


The podcast featuring the evening’s discussion in full has just dropped, and we’d highly recommend a listen: