[Welcome to ‘On Reefs’ a new series of stories exploring the hidden quirks and perils of reefs around the world through the personal experiences of those who know them in intimately.]

In the two decades since the mutant slab at Shipstern Bluff was first unveiled to the surfing world, its ascent into legend has owed largely to one defining feature; the step.

But, while the internet is filled with clips of airborne hellman hurtling down it, there’s little info out there on exactly what causes it.

Ahead of the last Cape Fear event, RedBull released a video claiming to set out the science behind the spot, however even that failed to dive under the surface in any sort of detail. Presumably, the producers figured the layperson was much more interested in how much the lip weighs (the same as 15 semi-trailers, apparently) than the finer points of the reef’s geomorphology. But we were left curious. So, for the second instalment of our new series ‘On Reefs’, we hit up legendary local photog (and a man who has spent as much time as any staring into Shippies’ jaws,) Stuart Gibson for a bit of first-hand insight. 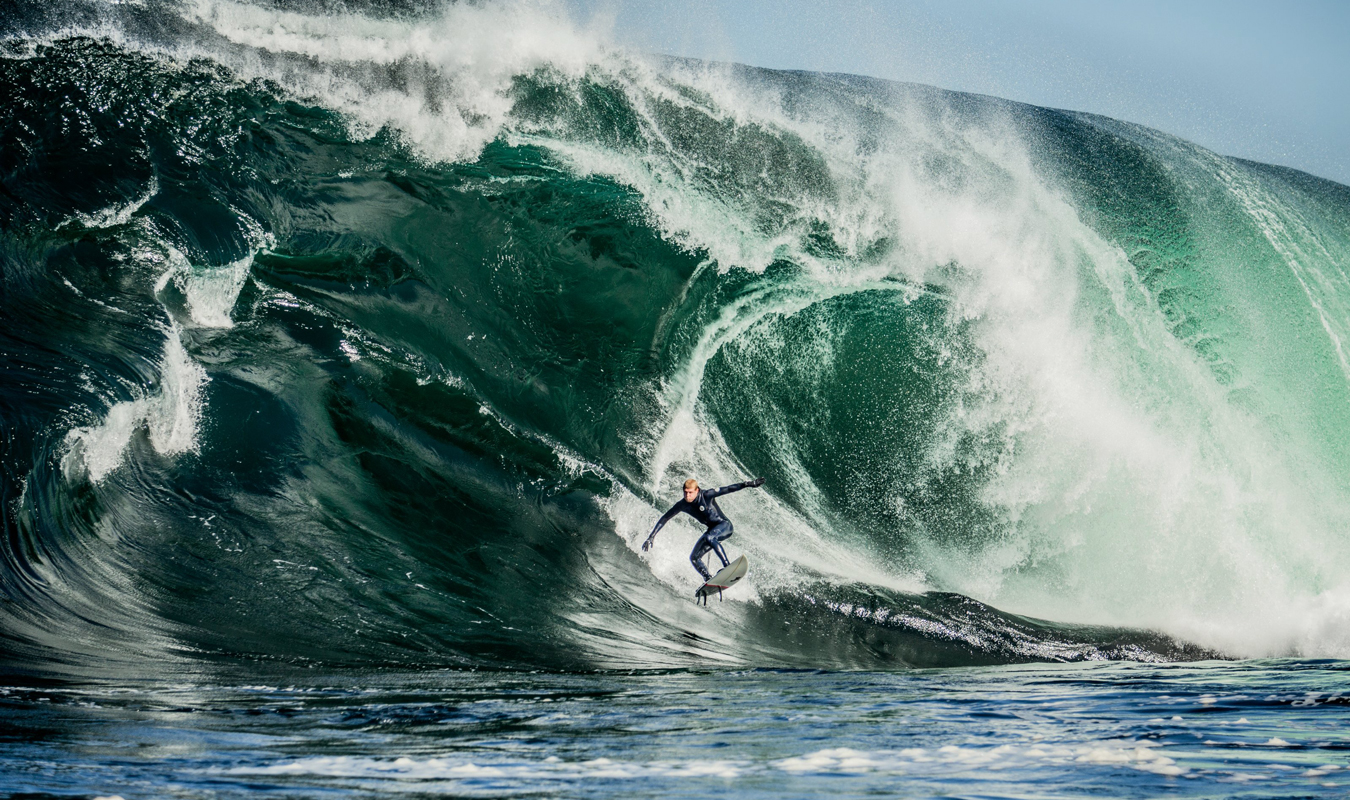 “I’ve shot plenty of surfing out there and done a little bit of underwater photography too,” he told us, by way of his credentials. “Not a heap because the water clarity isn’t that great, but enough to investigate the bottom. When you’re swimming on a sunny day you can kind of see it and sometimes when you dive under the wave, you’re pretty much hanging onto it.”

On the subject of reef shape, the first thing Stu told was, as is often the case with waves that break right on the shoreline, you can get a good idea of what you’re surfing over by studying the lay of the land immediately adjacent to the water’s edge. In this image, captured by Stu’s drone, you can see how the cliffs that back onto the wave fall away into a series of graduated rock platforms, like a set of wide uneven steps descending down towards the sea. Eventually, the last of these submerged ledges drops away abruptly to a depth of around 20 meters. 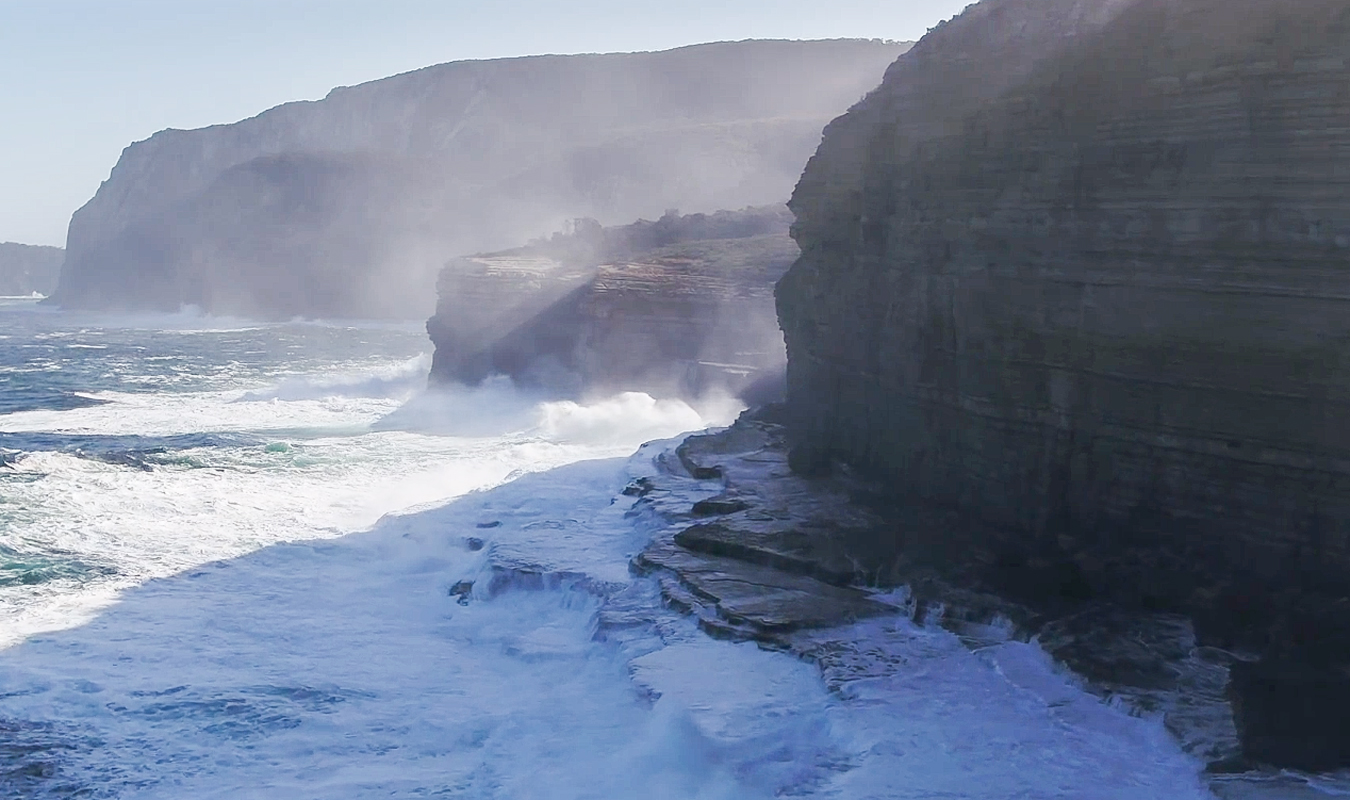 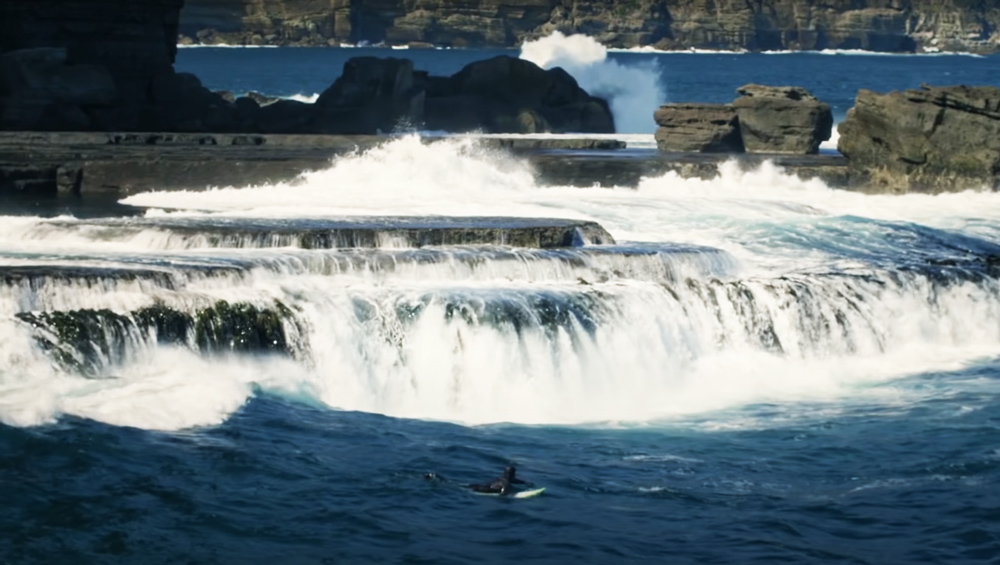 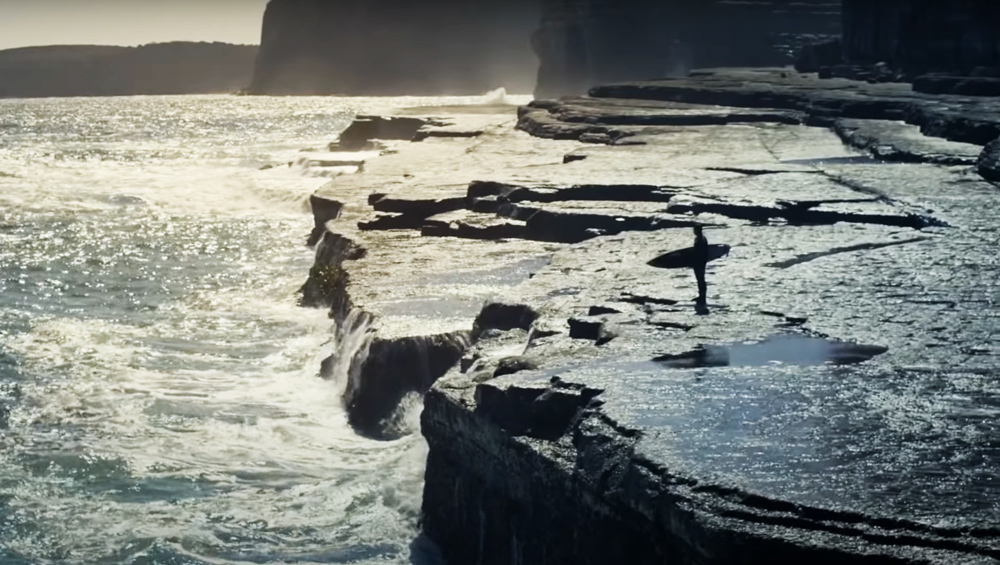 When swell lines arrive out of the deep water and hit this platform, they lurch up suddenly, dragging all the water on the reef down these steps and up into the wave face.

Although there are actually lots of different steps that morph and shift with swell size, direction, period and the tidal state, it’s the triangular one that pops up just before the barrel that is by far the most famous. “That’s the one that produces those real brutal moments,” he says.

According to Stu, it’s created by a rock column that rises up about a metre high off that section of the reef. “It’s in a triangular formation, which creates that exact same triangular shape that you see on the wave face,” he continues. “It’s not anything too scientific, it’s just the water rushing over that step and creating a sort of river rapid effect.” 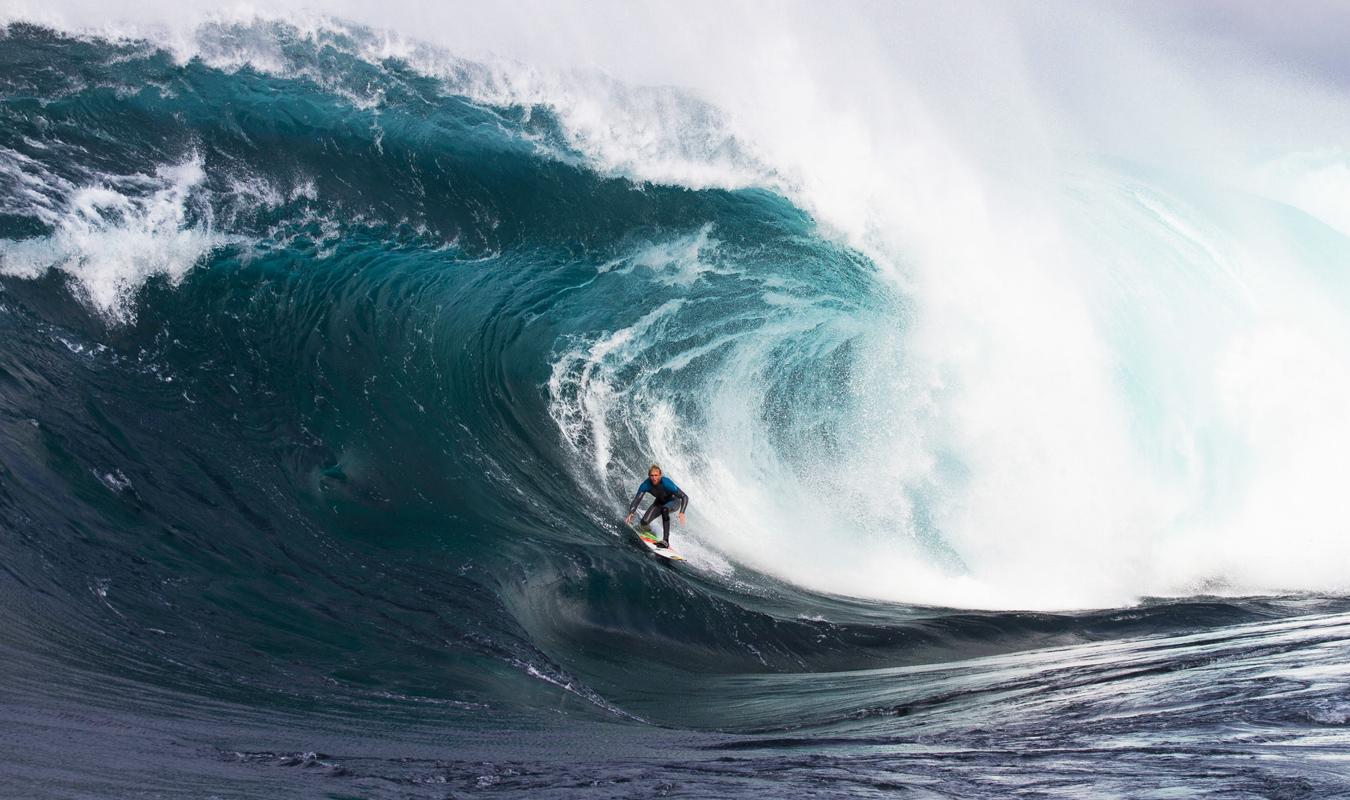 “I don’t know much about kayaking in those standing river waves, but I know the faster the water is pulling out from the river, the more that wave will stand up. So that’s exactly what happens at Shippies; the longer the swell period, or the lower the tide, the more water the wave draws and the more pronounced the step becomes.”

Over the years, the wave’s devotees have become adept at predicting and navigating its central kicker and nowadays some of them almost make it look easy.  “If I had to pick a standout guy who seems to perform the best over the step, it would be Mikey Brennan,” says Stu, “he’s so cat-like and just always seems to be able to hold on in really sticky situations. I’ve even seen him try to push the boundaries a bit, with grab rails and a few little 360s and stuff. I’ve also seen a couple of bodyboarders try a barrel roll over it.”

And is that an approach Stu can see being taken further in the future? “Well, for me, Shippies has got a bit boring,” he says, “although it’s hard to say that but…I’d love to see guys pushing it and trying airs and stuff like that. I’ve shot with Kai [Lenny] a few times in the past, and I reached out to him and said mate I’d love you to come down and just have a tow session, not only to try stuff over the step, but more because the end section is the biggest ramp ever. I’d love to see him try some massive straight airs out the bowl. It doesn’t have to be on the real big days, but there’s plenty of medium size days that would be good for it.

“Kai is definitely the guy for that because he’s from such a good kitesurfing and windsurfing background, he can put each sport into the other one. I’d love to see him come down and push it for the other guys, so they’d start trying it a bit more. He was pretty interested, but it just hasn’t lined up yet.”

Mark McInnis On Losing His Life's Work In A Wild Fire

[Earlier this year, we featured Mark McInnis’ portfolio in Vol. 258. Right now you can get both our 2020 print volumes alongside a limited edition t-shirt, beanie or mug as part of our range of [...]

A Surfer's Guide To: Hallucinogenics

Drugs and surfing have long been perceived as intertwined, partly due to mainstream society's lazy stereotypes, partly very much justified. For a number of reasons, getting high and shredding the [...]