This is the story of how a carpenter who studied in Lapland became part of Europe’s eco-surfboard revolution...

“Certainly the islands of Lofoten are a magical place for me, the waves are incredibly good and uncrowded, but it is not just about that. Sleeping in a tent under the giant mountains covered in snow, feeling the strong cold wind whipping through the deep fjord. A primitive energy comes into my lungs, setting my body free, giving me a sense of belonging, as a part of the entire universe. That’s where I feel most free and inspired.” Elvis “Romu” is a surfer and a shaper, born and raised in Finland, with a passion for wild nature, surf and exploring, deep rooted within him. He lives in Helsinki, where he works as a carpenter and in his free time he builds surfboards from waste material found from his workplaces, creating innovative shapes, and stronger, more durable boards. When the storms hit the coast, Elvis will be out there trying to catch the right moment, when the waves are at their best. Being a surfer on the Baltic sea coast requires a lot of commitment and timing as the waves are created from fast storms and usually last for only a couple of hours.

“Finnish surfers are united by the same passion and the same problems as well, (laughs) we try to motivate each other, and be positive. Surf in Finland is about feeling the nature and the fast changes of the weather conditions. Usually we drive for hundreds of kilometers to get a short session, and sometimes we find no waves at all.”

When Elvis invited me to join him for a surf trip on the islands of Lofoten, I was super excited. It was my first time surfing in the Arctic ocean and the whole experience sounded like an amazing and extreme adventure, sleeping in a big tent with a chimney, hiking and waiting for good waves to hit the bay. Sitting in front of the fire place one evening, sipping some whisky, we began to chat about Elvis’ story. When and where did you experience surfing for the first time?

The very first time that I experienced surfing was in Greece, when I was 13 years old on holiday with my family. I was playing on the beach with my brothers and I found a “toy bodyboard” on the shore. Instinctively I grabbed it and jumped in the water. I just remember how much fun it was, sliding on those little waves breaking close to the shore. The year after we went on holiday to the Canary islands and I spent the entire vacation surfing. It was on that trip I got hooked for real.

So after that you started surfing in Finland? How?

It required a bit of imagination and passion. In Finland you can only really surf in the winter and since I had just a thin wetsuit, I had to combine it with part of an old diving wetsuit and when it got really cold I used to put woolen socks under the boots. Getting to the surf spots was also a big problem, I used to take a bus, or just surf the spots that were close to my house. That went on until I was 18, at which point I started to work to earn money to buy my own car and travel abroad once a year looking for real waves. How did you first get started shaping?

It all started in Lapland in North Finland. I was attending the University of Industrial Design in Rovaniemi and there was a carpentry course with an open workshop where I could use all the tools and spend as much time as I wanted experimenting. That’s where I started to build surfboards. The first real board that I made was a quad funboard for small waves, made completely out of recycled wood, which came from a house that was about to be demolished.

It was then that I came up with the name Romu Shapes, which means junk in Finnish; something that is perceived to have no value. As I went on shaping, I realised that I was spending all my time in the workshop and skipping the classes, so I decided to drop the studies and go on a surf trip to Lofoten, which was the closest surf spot that I found on the map .

What happened on that trip to Lofoten? And what has kept you coming back?

Lofoten became a kind of temple for me, the feeling of raw nature, the loneliness. When I’m sitting on my board in the middle of the ocean surrounded by these majestic mountains, I end up making new decisions and changes in my life.The time that I dropped out of Uni and came here changed my thoughts so much that I never went back there. I realised that it was not for me and instead I could focus on building my own surfboards.

I packed up my van and drove to Zarautz in the North of Spain, where I opened a little workshop. I lived in my van, surfing and selling Romu craft for a year. What do you think about the board manufacturing industry’s attitude towards sustainability? And which materials do you use to make your boards more ecological?

I see the change coming really slow, we have very developed technology which we are not completely taking advantage of, and still buying and producing boards which are made with derivatives of petrol and fibreglass that is toxic and not biodegradable.

Personally I build my boards with as few new materials as possible, which means being creative finding alternative solutions. From my workplace I get insulation panel, XPS foam, which would otherwise have eventually been thrown out. To make the fins I usually pick up the skateboards that my friends want to dump, and instead of fibreglass I use a thin wood sheet, from a very common tree in Europe, which I seal with Chinese oil made of nuts. Recently I’ve also been experimenting with cardboard. What are your plans for the future? Will you try to earn your living as a shaper?

I’m working on a big project now, I bought a little house close to the coast in Portugal, which will be biodynamic. All the energy, the electric power for my tools, which I will use to shape my boards, will come from waste. My goal is to produce entirely organic surfboards with carefully selected material, creating boards that last longer and eventually disappear back to where they came from. I would love to live a simple life close to the waves, selling a couple of boards a months, and as much in contact with nature as I can be. 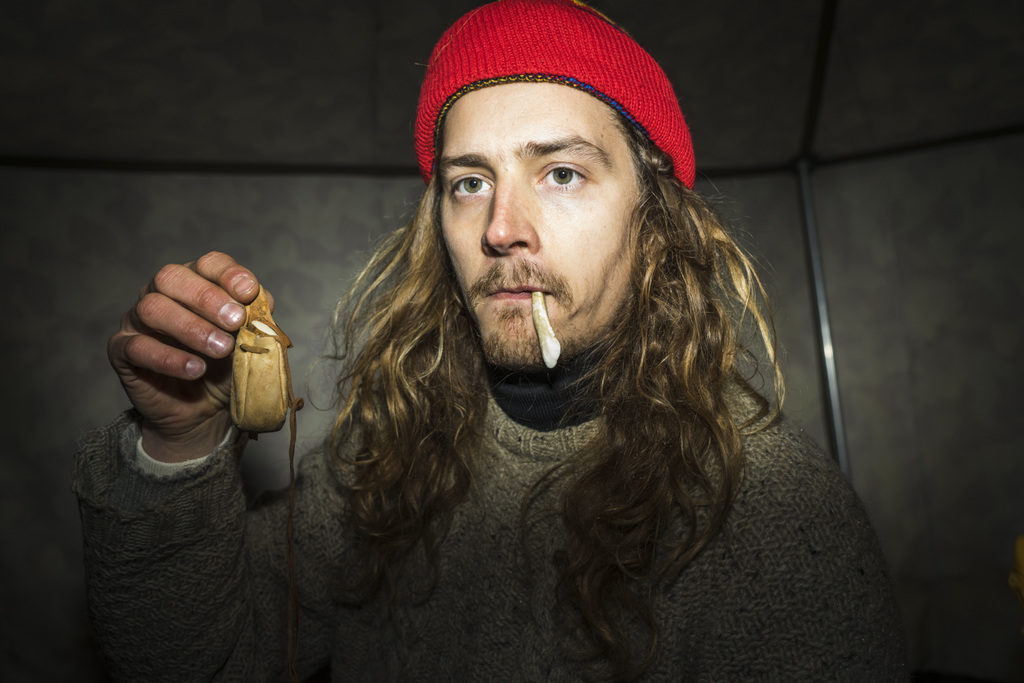 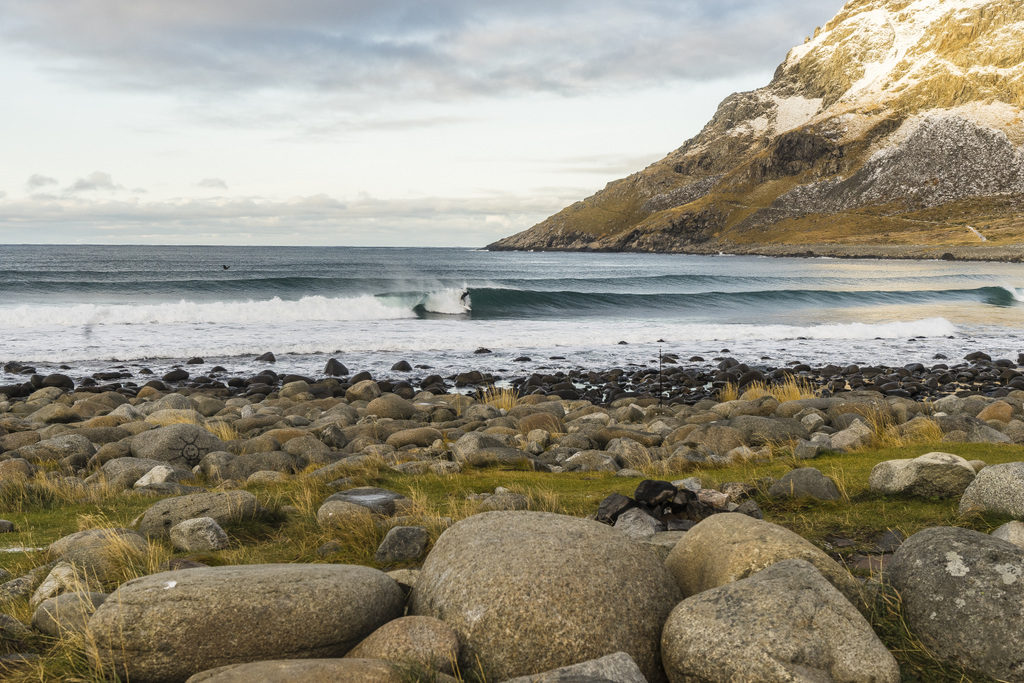 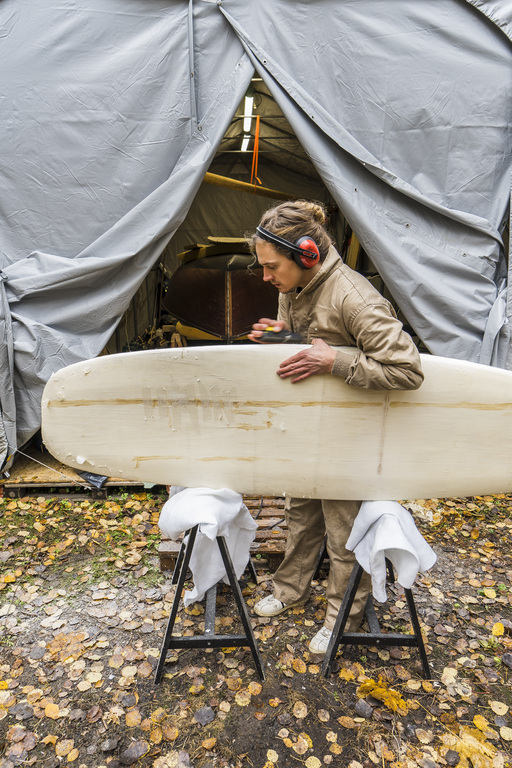 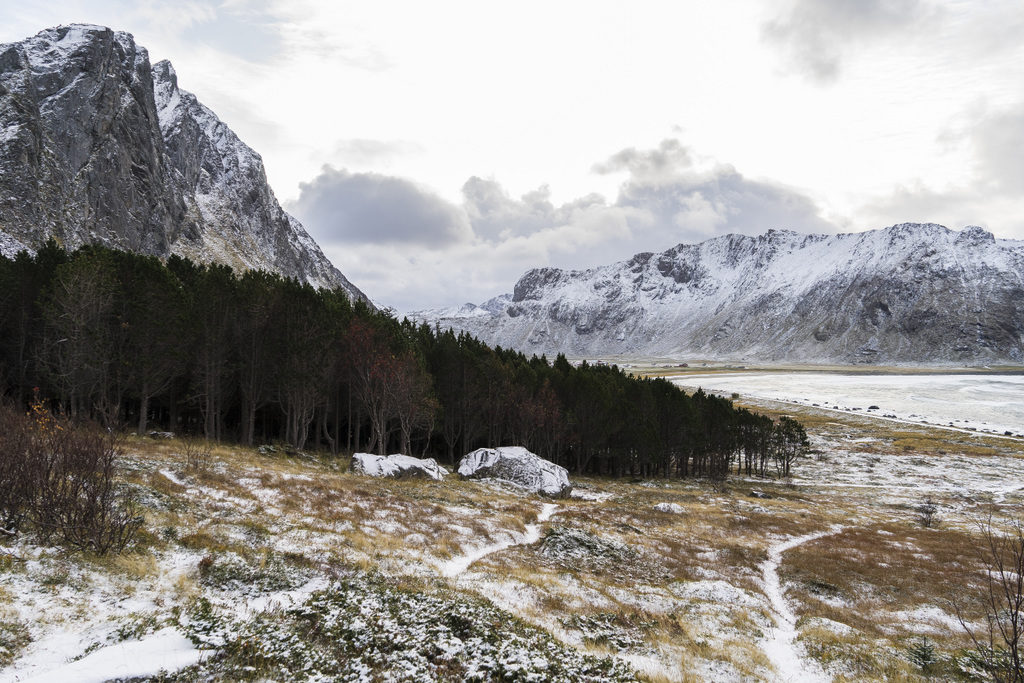 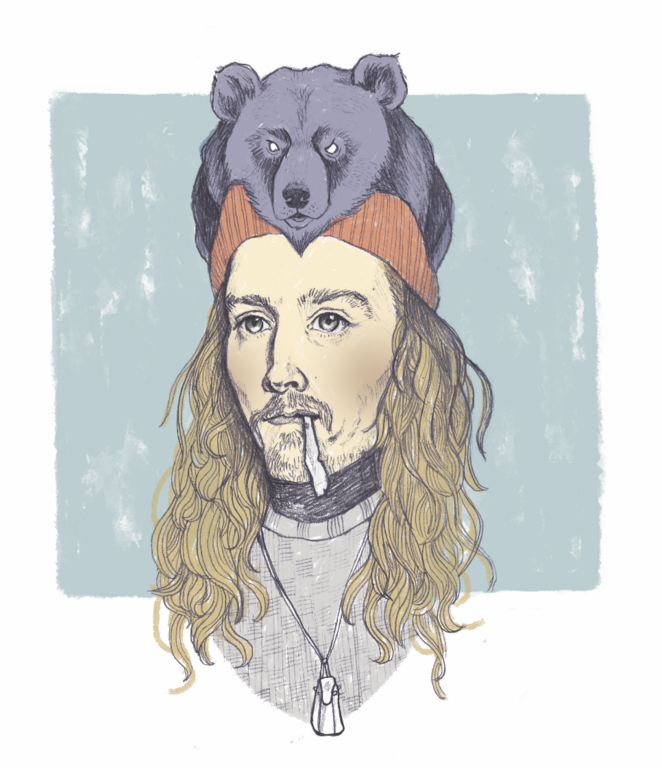 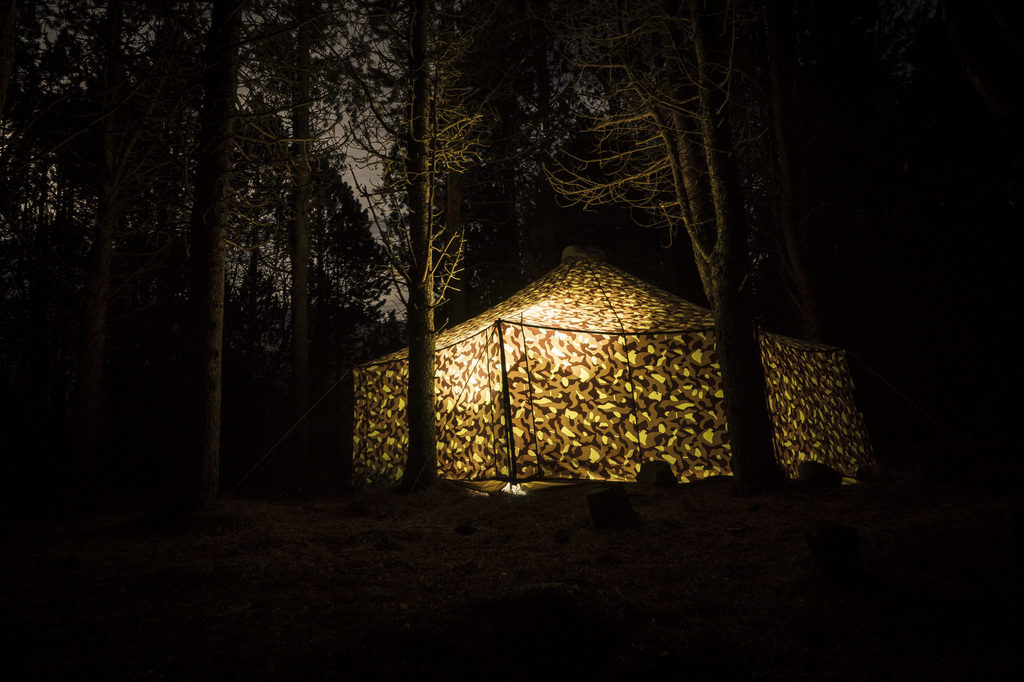 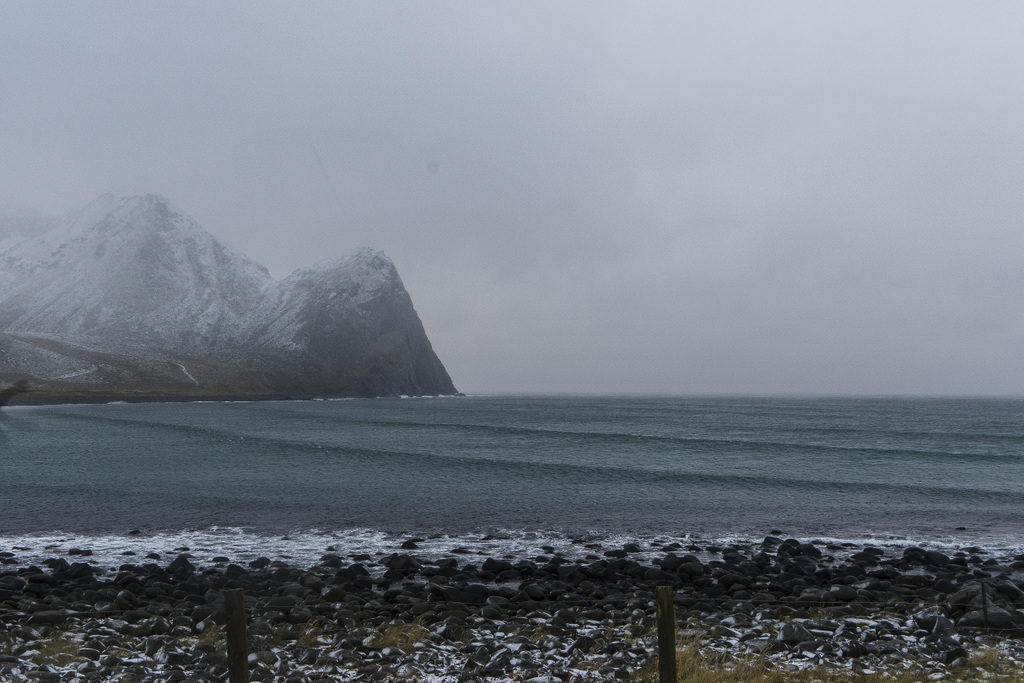 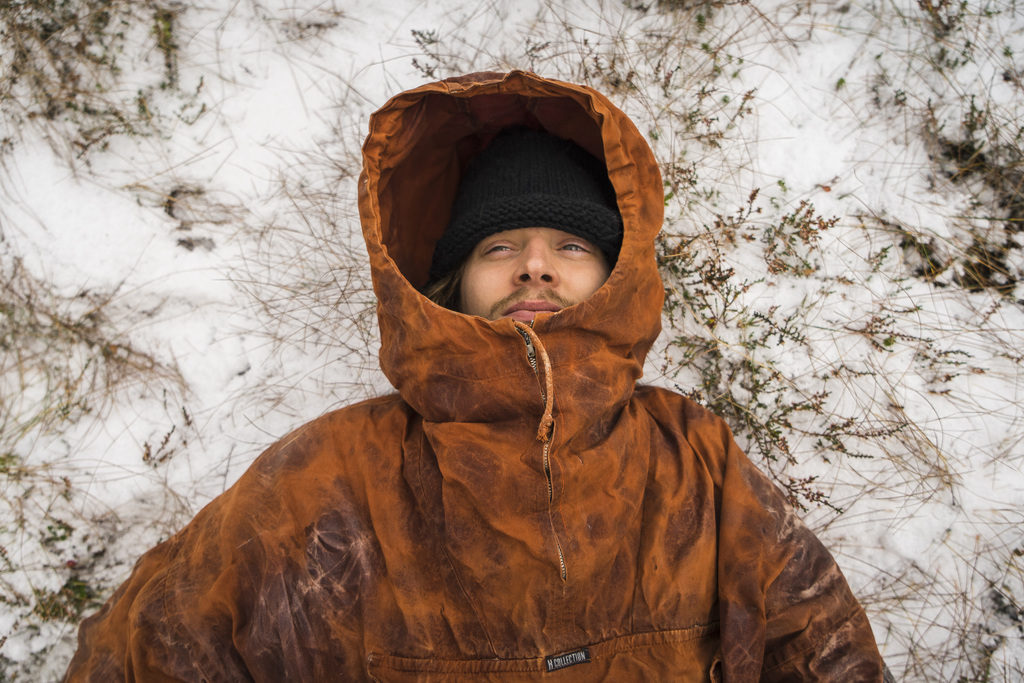 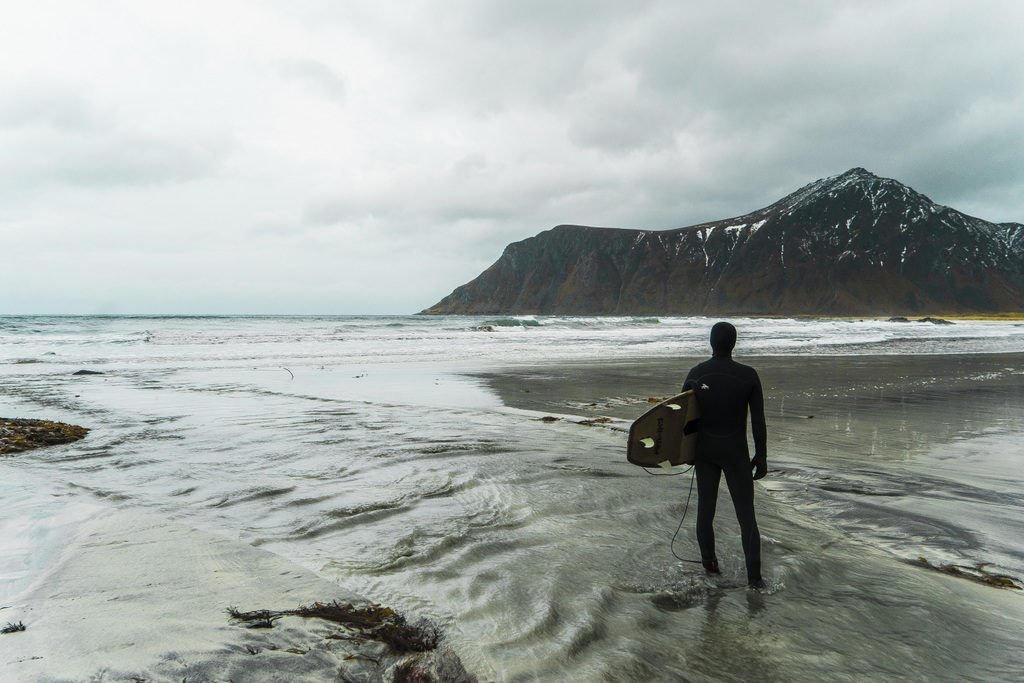 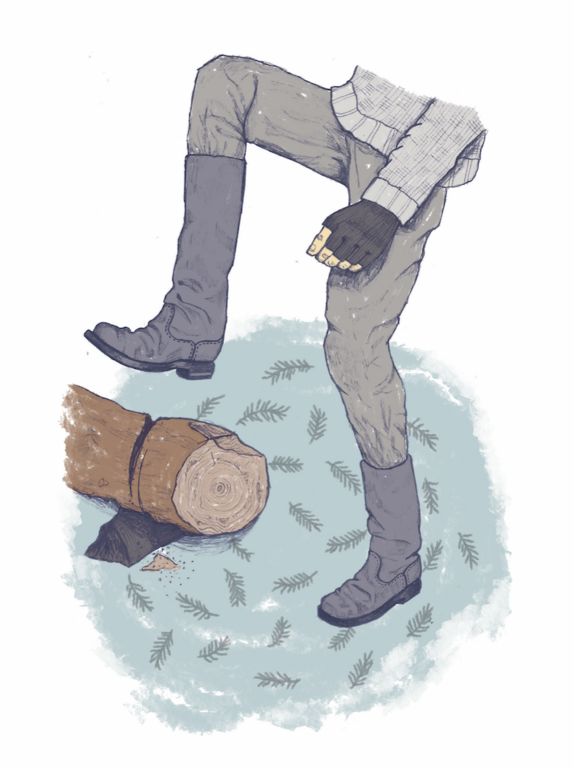 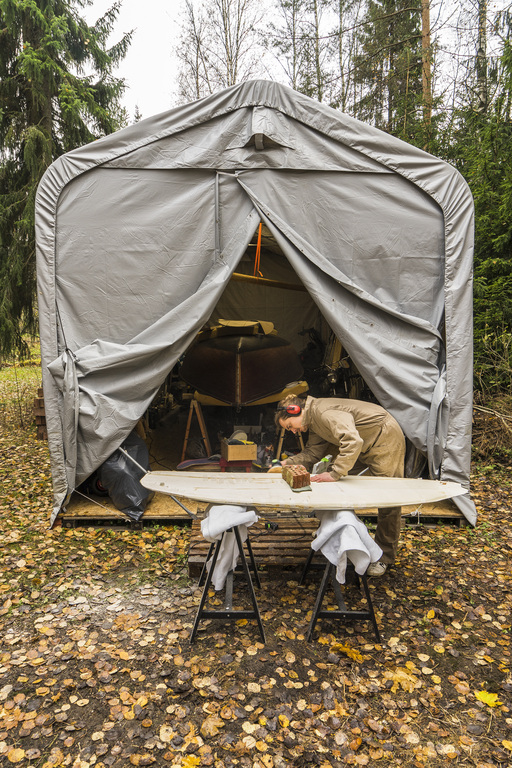 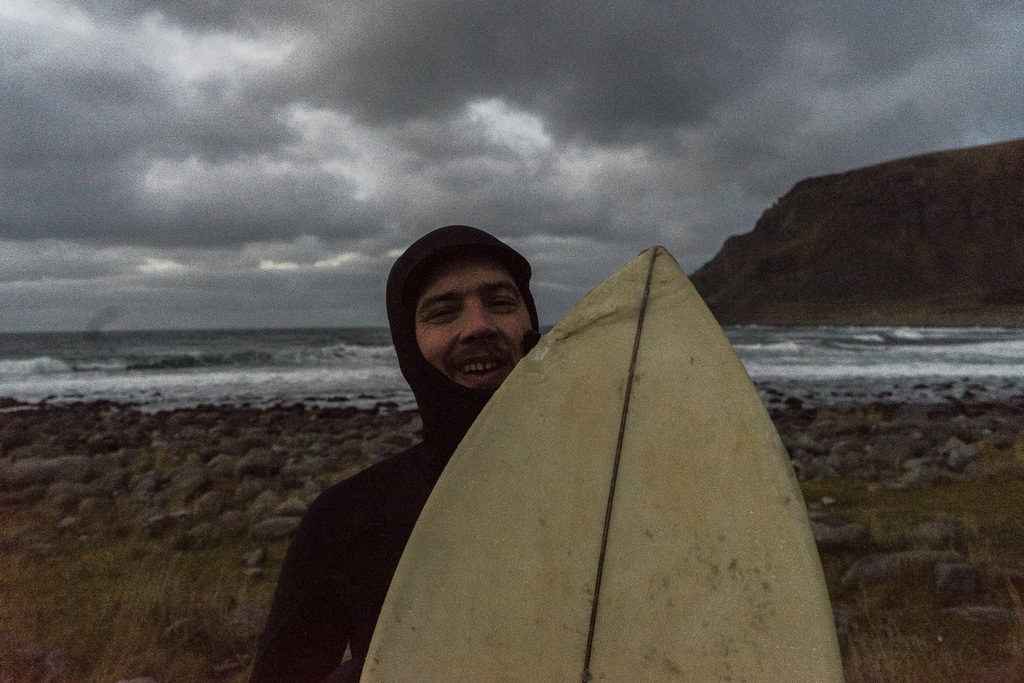 Along with his girlfriend Anna, Giovanni is currently working on a project called the Local Surfer Project, which explores the reality of surf culture around the world, combining photos and illustration. You can follow the project via their blog and instagram.