The Shared Economy Is Transforming Surf Travel Want to save cash, make cash and have better experiences than offered by faceless corporations? Here's how to use the shared economy to transform your next surf trip...

An ominous bang erupted from the underside of our tiny hire car as the nose plunged downwards into another deep, water-filled pothole.

It was just one of the thousands which pepper Fuerteventura’s world-famous north track; twelve miles of unpaved road, which lead to some of the Canary Island’s best waves. The 4X4 we were supposed to be following had long since disappeared into a cloud of dust up ahead and as the recently swung onshores began to rip into the formerly clean lines out to sea, it struck me just how much a vehicle can make or break a surf trip. 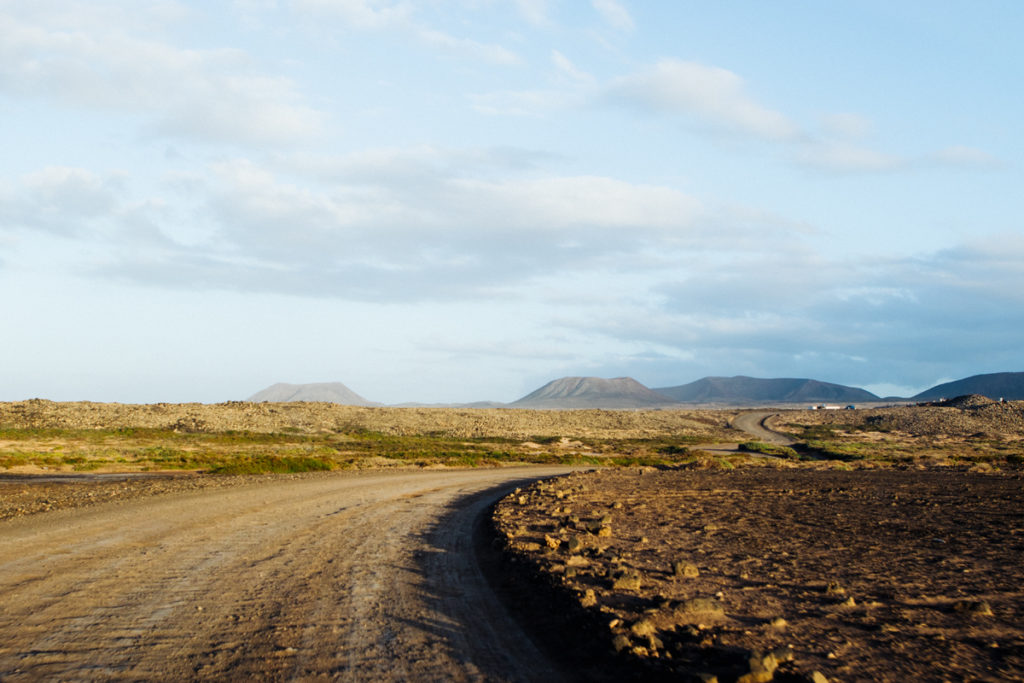 One of the better-kept stretches of road that makeup Fuerteventura’s north track. Photo @lugarts

For many surf travellers this will be a familiar scenario, as everywhere from the Algarve to Western Australia, roads to surf breaks often demand much higher spec vehicles than our budgets allow at the overpriced airport car rental desks. We’ve long wished for a way to arrive and get a car perfectly suited to the region’s terrain for an affordable price and now, it looks like a California based tech startup called Turo has found the answer.

Dubbed the Airbnb of cars, the company’s handy platform allows you to borrow a vehicle from a local owner in your destination, for a fraction of the fee charged by standard car rentals. And, your travels don’t have to be far flung to reap the benefits. The service is also available in the UK, so whether you’re trying to escape the city, or flying up to Scotland and need a whip for onward travel to the highlands, they’ve got you covered with vehicles for every taste and terrain. You can also list your own car and convert an otherwise idle vehicle into a bit of travel budget for your next trip. 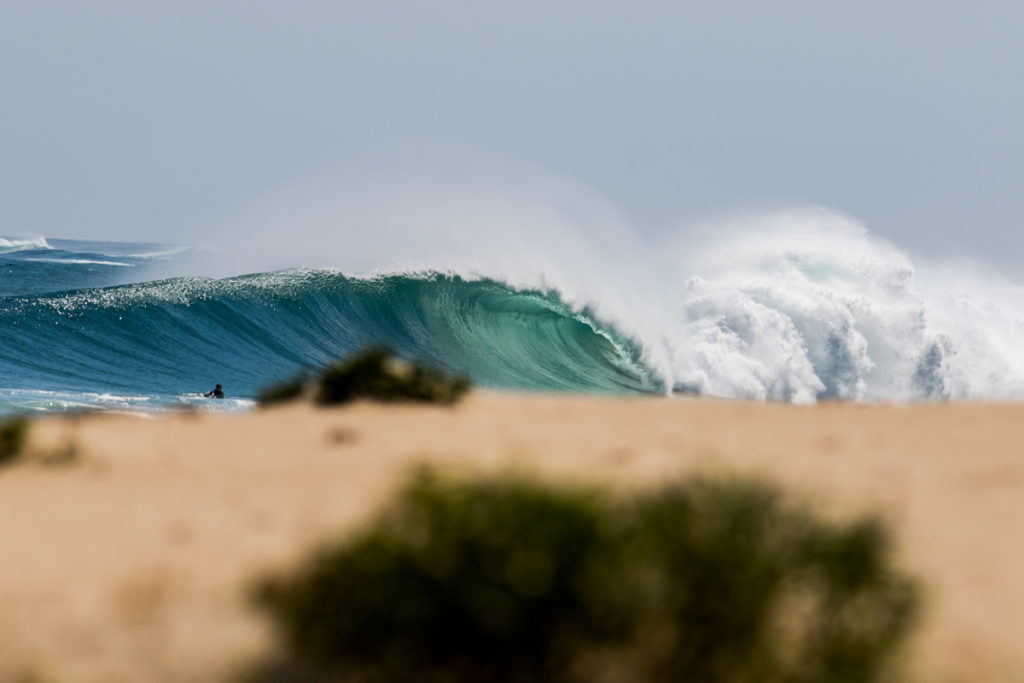 The blue crystal pot of gold that awaits at the end of one of Western Australia’s networks of dirt and sand tracks. Photo @lugarts

Turo is just the latest in a series of shared economy innovations that are transforming surf travel for the better. Since the early 2000’s, dozens of new digital platforms have sprung up to enable us to borrow each other’s stuff, rather than rent off big, profit-hungry corporations.

Obviously you know about Airbnb; undoubtedly the first port of call nowadays for any traveller seeking accommodation. But did you know you can find a garden to camp in with ‘Campinmygarden’, share a home-cooked meal with locals with ‘EatWith’ and even borrow someone’s boat on ‘Borrow a boat’?

There’s another exciting service called AwaycCo, run by a team including ex Surfing Mag editor Taylor Paul and Ace Buchan, that offers travelling surfers the opportunity to do away with the hassle of lugging a coffin bag around the globe, without compromising on the diversity or quality of your quiver. 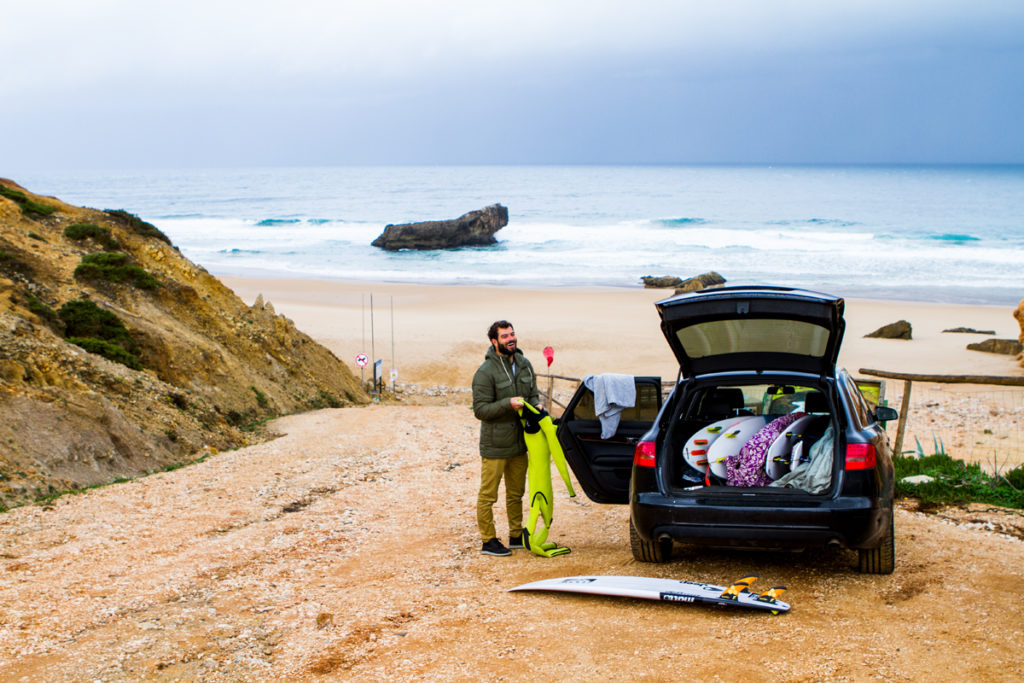 Roby D’Amico enjoys having a car that can fit his whole quiver, while still providing room for his big Roman frame. Photo @lugarts

The service allows you to rock up to an increasing number of local stockists- situated everywhere from Ericeira to El Salvado- and choose from a wide array of high-quality craft, which you pay for by the day.

Blue sky futurists hope the increasing popularity of the shared economy will slow the siege of over-consumption that is currently catapulting our planet towards inhabitability. But in the shorter term, the goal is to help travellers save money and gain access to better products and experiences than those currently provided by faceless corps.

The access over ownership ethos that underpins the shared economy also fits perfectly with surf travel’s roots- taking us back to a time where boards, meals, knowledge and lifts were shared freely among the surfing tribe. When picking a car with Turo for example, you’re not only getting the vehicle you want, but you’re also connecting you with its local owner, who will usually be more than happy to share the sort of travel tips and local knowledge that are not willingly dispensed by an airport car rental kiosk.

Wavelength’s own Guy Hayler had a glowing experience with the company in Hawaii, meeting a bloke who was even keener to share his knowledge of the islands than how to start his car. 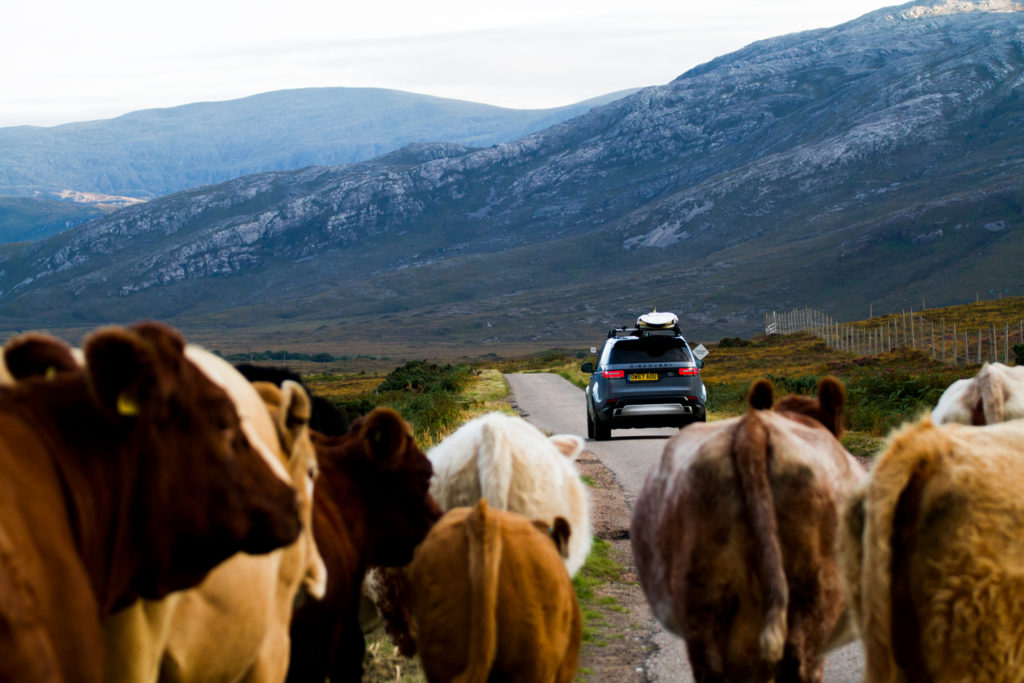 Sometimes in the highlands, horsepower under the hood becomes irrelevant when faced with a cow-shaped roadblock. Photo @lugarts

“The cost was transparent and done on a day rate” Guy explains “and all the insurance and normal small print extras were included and clear. I was blown away by how much better the experience was in comparison to traditional rental car options.”

So whether you’re looking to find some wheels for your next surf adventure, or make a bit of money out of renting yours out while you’re away this summer, download Turo now and get sharing. Right now, Wavelength readers can get an exclusive discount using the code WAVELENGTH25.