Historically, there’s always been something about surfing that draws ne’er-do-wells and degenerates into its ranks.

It could be the pastimes countercultural roots or the freewheeling hedonism the lifestyle encourages. Or perhaps it’s the simple fact an obsession with chasing waves around the world ain’t exactly conducive with traditional modes of employ. Whatever the reason, everywhere in the world, crime and sliding on waves have gone hand in hand since time immemorial.

To examine this enduring duality, over the coming weeks we’ll be running a series of online features profiling some of the most notorious surfing criminals.

In part 1, we looked at Ross Ulbricht, AKA Dread Pirate Roberts. While he fit the criminal mastermind moniker to a tee, we’re playing a little more fast and loose with it for today’s edition, in which we’ll explore the life and demise of east coast surf legend Ricky Rasmussen.

Rasmussen was born in 1955 and grew up in a big house with a pool in the Hamptons. He started surfing aged ten after being introduced to the pastime, like so many of his era, by the film ‘Gidget’. After several years of skipping school to surf the often freezing waters around his home in Long Island, Rasmussen started entering junior comps, finding his way to the podium on several occasions throughout the early ’70s. By the end of his teenage years, he had garnered a reputation as one of the finest tube riders anywhere on the Eastern Seaboard. 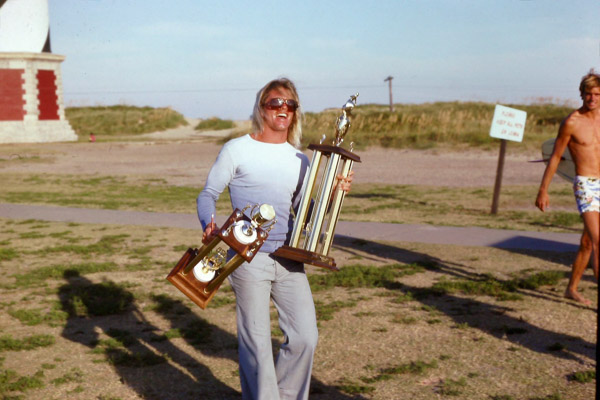 In 1974, aged just 19, Rick won the US Surfing Championships at Cape Hatters, becoming the first-ever east coast based surfer to do so. “Rasmussen was known by that time not only for his aggressive small-wave style, but as a hellfire tuberider,”  explains Matt Warshaw in EOS, “gaining praise from surfers like Gerry Lopez after threading his way through some enormous barrels at Pipeline in Hawaii. He was also one of the first East Coasters to travel Indonesia, riding Uluwatu in Bali in early 1976, then visiting Java’s Grajagan the following year.”

In 1978, he upped sticks and moved to Bali permanently. It was here that he first began dabbling with drug smuggling. The sheer ubiquity of such stories from ’70s Indo suggests that, for early surfing pioneers, stuffing a few kilos of coke into your luggage (or the centre of your surfboard), was almost a pre-requisite to travel.

Just a year after his move, Rick was caught in Bali with a kilo of cocaine. Somehow he managed to swerve a conviction, serving just 3 months in prison awaiting trial before going free. He moved back to the States shortly after, however, he didn’t leave his new found cash cow in the wilds of south-east Asia.

In 1981 he was caught in a major sting after he attempted to sell four ounces of pure heroin to an undercover cop, who had pledged 6 grand and some Rolling Stones tapes Rick planned to use for an upcoming surf film in return.

In an attempt to avoid jail, Rick complied with the detective’s demands to become an informant. For a while, it looked like he might have dodged a long prison stint. Then, one evening he drove his girlfriend into New York City, where he explained hat he’d been threatened by his dealer, who was insisting he shift a large volume of coke by morning.

Rick offered it to a pair of strangers in a car, who said they would help him find a buyer. They arranged for a cab driver they knew to come and meet them and the trio made off in convoy through the city.

A little while later, Rick and the cab driver disappeared into an ally, while Rick’s girlfriend and the two men who had fixed the deal waited in their cars on the road. After a few moments, Rick and the would-be buyer emerged, locked in a confrontation. Rick had suspected the man was about to rob him and as he ran back towards his car, the cab driver pulled out a gun and shot Rick through the left eye. He was rushed to hospital and induced into a coma but died a few weeks later. 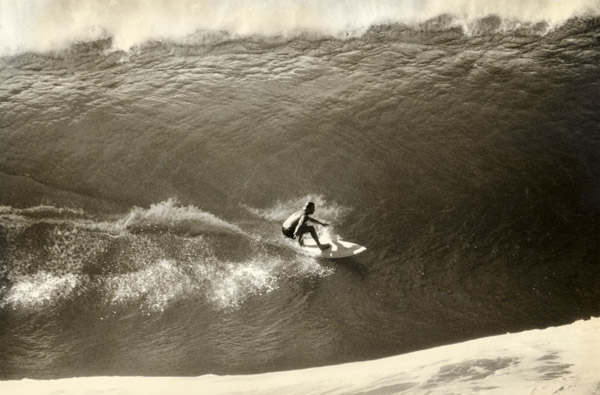 While many of the ’70s greatest surfing smugglers have gone on to live illustrious and largely reformed lives, Rick Rasmussen paid the ultimate price for his short stint as a career criminal, shot dead in a New York backstreet, aged just 27, less than 30 miles from the waves where he once reigned so supreme.

You can read a full and brilliant account of Rick’s life and that of one the man who staged his untimely demise by Michael Daly on EOS here.