Home » Tokyo 2020 Olympic Surfing Beach: Where Is It? What Are The Waves Like?

Tokyo 2020 Olympic Surfing Beach: Where Is It? What Are The Waves Like? Everything you need to know about Tsurigasaki Beach, Ichinomiya, Chiba, Japan

When surfing was officially announced as an Olympic sport for Tokyo 2020, there was much speculation as to whether or not it would be held in a man-made wave pool, or in the Pacific Ocean.

Despite the rapid proliferation of wave pool technologies in the 2010’s, and the obvious scheduling and broadcasting advantages of man-made waves, it was the ocean that ultimately won out.

IOC sports director Kit McConnell announced in 2016: “We are looking at a natural beach for surfing. Japan has a number of strong surfing areas and strong existing surfing culture.” 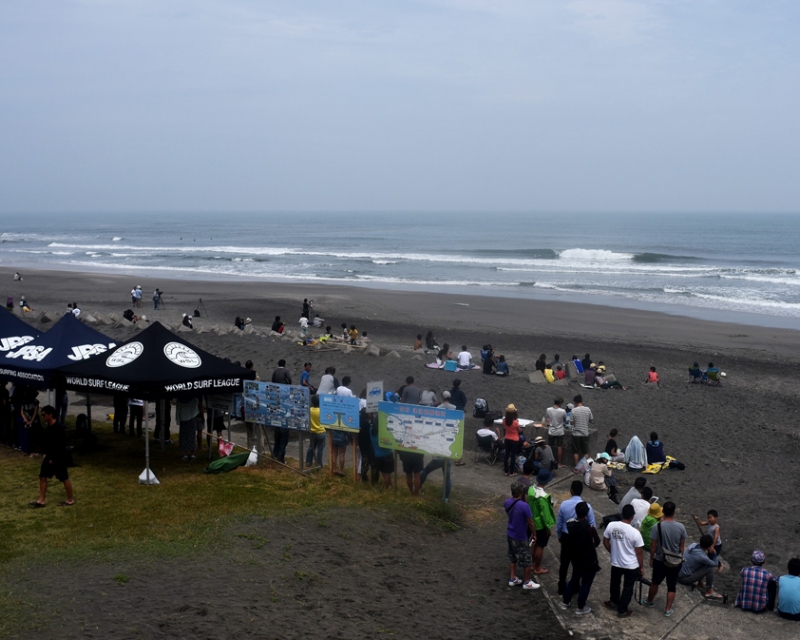 With Huey in charge of the wave generation, and a consistent summertime break required (the two day surf event will be held 24th July – 9th August 2020), the venue for Olympic surfing’s debut will be Tsurigasaki beach located in the town of Ichinomiya, Chiba Prefecture.

We reached out to Chiba resident and all-round Japanese surf savant Ben Wei, WSL and ISA commentator, who will be the Technical Beach Announcer for surfing at Tokyo 2020 for some inside info on the waves.

Ben, a former pro skateboarder from California, lives across the street from the venue, and surfs there every day.

“It’s basically the farthest east point in Japan, making it a catcher’s mitt to any swells from the north, east and south, depending on the season”

Where Is Tsurigasaki Beach?

Tsurigasaki Beach is located about 40 miles east of Tokyo, the Japanese capital and host city for the 2020 games. “It’s basically the farthest east point of Japan, making it a catcher’s mitt to any swells from the north, east and south, depending on the season,” reckons Ben.

No stranger to elite pro-competition, the section of the beach known as Shidashita has hosted the WQS 6000 comps for the last 3 years, and is the training ground for most of Japan’s top pros, including (everyone’s favourite Vans US Open Winner) Hiroto Ohara, and Tokyo 2020 qualifier Reo Inaba.

“It’s a short beach with surrounding jetties, sort of like Newport Beach’s 54th St,” explains Ben. “The jetties help keep the sand in place, which is one of the reasons it’s so consistent.”

Just like any beachbreak anywhere, there’s always a random element to deal with, and the chances of any event scoring are down to luck as much as anything else. With an impressive 16 day waiting period though, organisers have given themselves the best possible shot of scoring decent peaks.

Fingers crossed Shidashita turns on with the whole world watching surfing’s Olympic debut, because when it all comes together, it can be impressive.

“When the sandbar is at its best, mixed with early summer south swell,” explains Ben “the wave will barrel in front of the south side jetty and peel into the middle of the beach.”

“Historically in Japanese culture, the beach is considered a doorway for God to enter from the ocean and onto land” 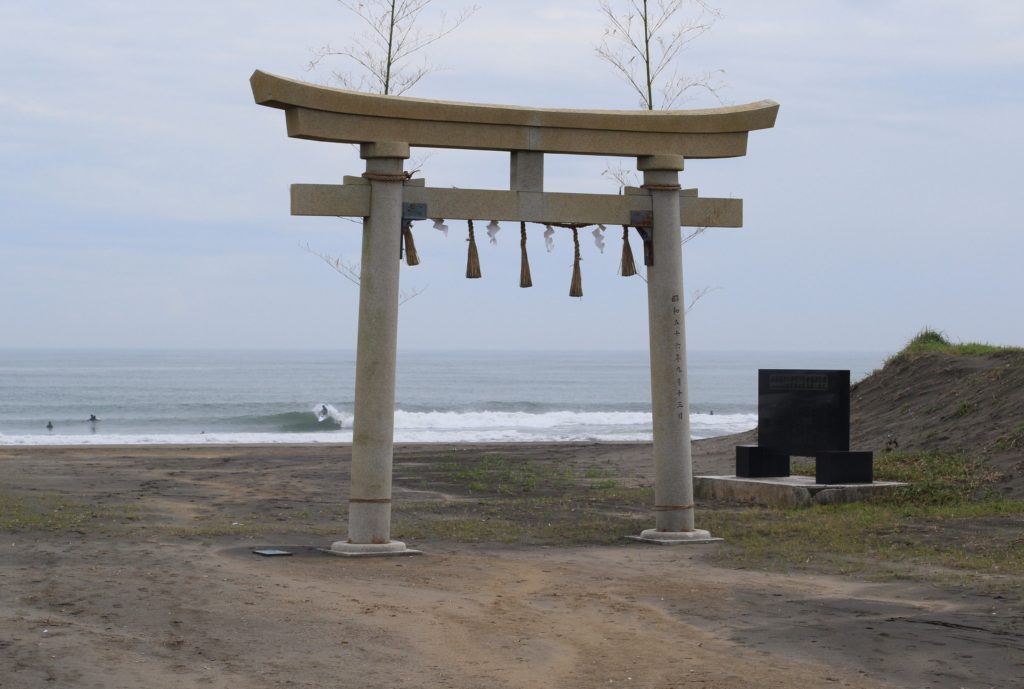 One thing important to the Olympic movement, aside from showcasing the various sports themselves, is discovering the local traditions of the host cities along the way, and using the huge global platform to take these cultural highlights to the world.

In this regard, Tokyo 2020 is blessed with plenty of fascinating cultural nuances, and surfing will be no exception. “Historically in Japanese culture, the beach is considered a doorway for God to enter from the ocean and onto land,” explains Ben. “For that reason they have the giant Torii monument, which means ‘God’s gate’.”

“In the summer Matsuri festivals, the surrounding temples walk their portable shrines or that temple’s ‘God’s house’ known as a Mikoshi and cleanse it in the ocean right where the surf break is, which many believe is a power spot in the area of Ichinomiya.”

Given the long waiting period and relative consistency of the break, we expect Olympic surfing to be making its debut in clean, 3-4ft peaky beachbreak conditions.