Have you had a chance to watch the recent Netflix documentary Seaspiracy? Produced by Kip Anderson of Cowspiracy fame, Brit director Ali Tabrizi stars in the 89min feature about the plight of the world’s oceans.

Many of the themes explored in Seaspiracy are similar to those we discussed in June 2019, when the surf community’s – especially some of its favourite ocean advocacy groups – war on plastic was eerily all quiet on fishing front.

It more or less still is.

In brief: Plastic is really bad, but at least half of ocean plastic comes from fishing, which also removes the fish being caught, sold and eaten from the sea, alongside some 30 million tonnes of others, in the process.

Fishing also contributes massively to climate collapse, and has more than a dabble in modern human slavery.

2010’s Deepwater Horizon tragedy – the worst environmental disaster in US history – was beneficial for marine wildlife in the Gulf of Mexico, by pausing fishing, according to Seaspiracy.

You’re probably well aware of the 2010 explosion at BP’s Deepwater Horizon oil rig in the Gulf of Mexico, killing 11 workers and sending 206m gallons of oil into the Gulf of Mexico over the next three months. Labelled as one of the worst environmental disasters in US history, it spewed 11 times as much oil as 1988’s Exxon Valdez disaster in Alaska.

What we learn in Seaspiracy is that while oil spills such as this are tragic, disastrous and should be avoided at all costs, they actually aren’t as bad for marine wildlife as the status quo; commercial fishing.

Prof. Callum Roberts explains the fishing industry in the Gulf of Mexico actually destroys more marine wildlife, per day, than the spill did over a period of months. “Deepwater Horizon was beneficial to marine wildlife. Because fishing was banned due to fears of oil contamination, it got a respite from fishing.” 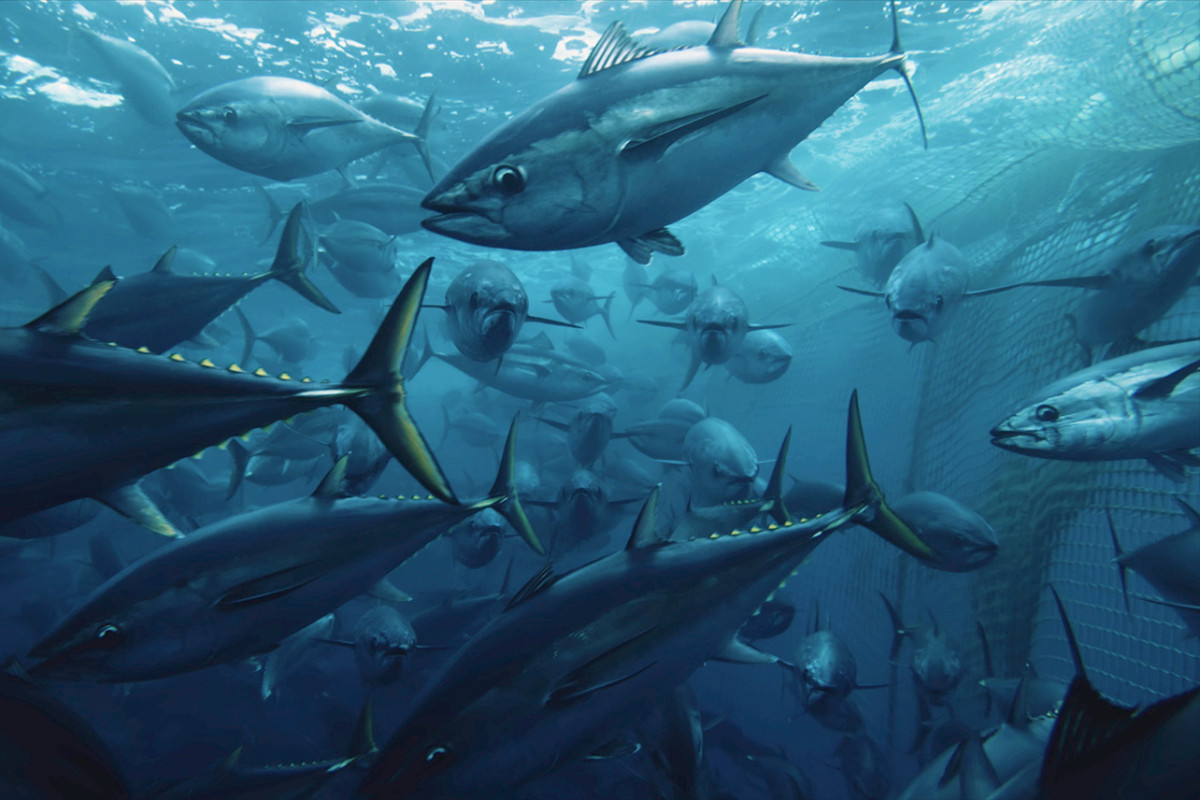 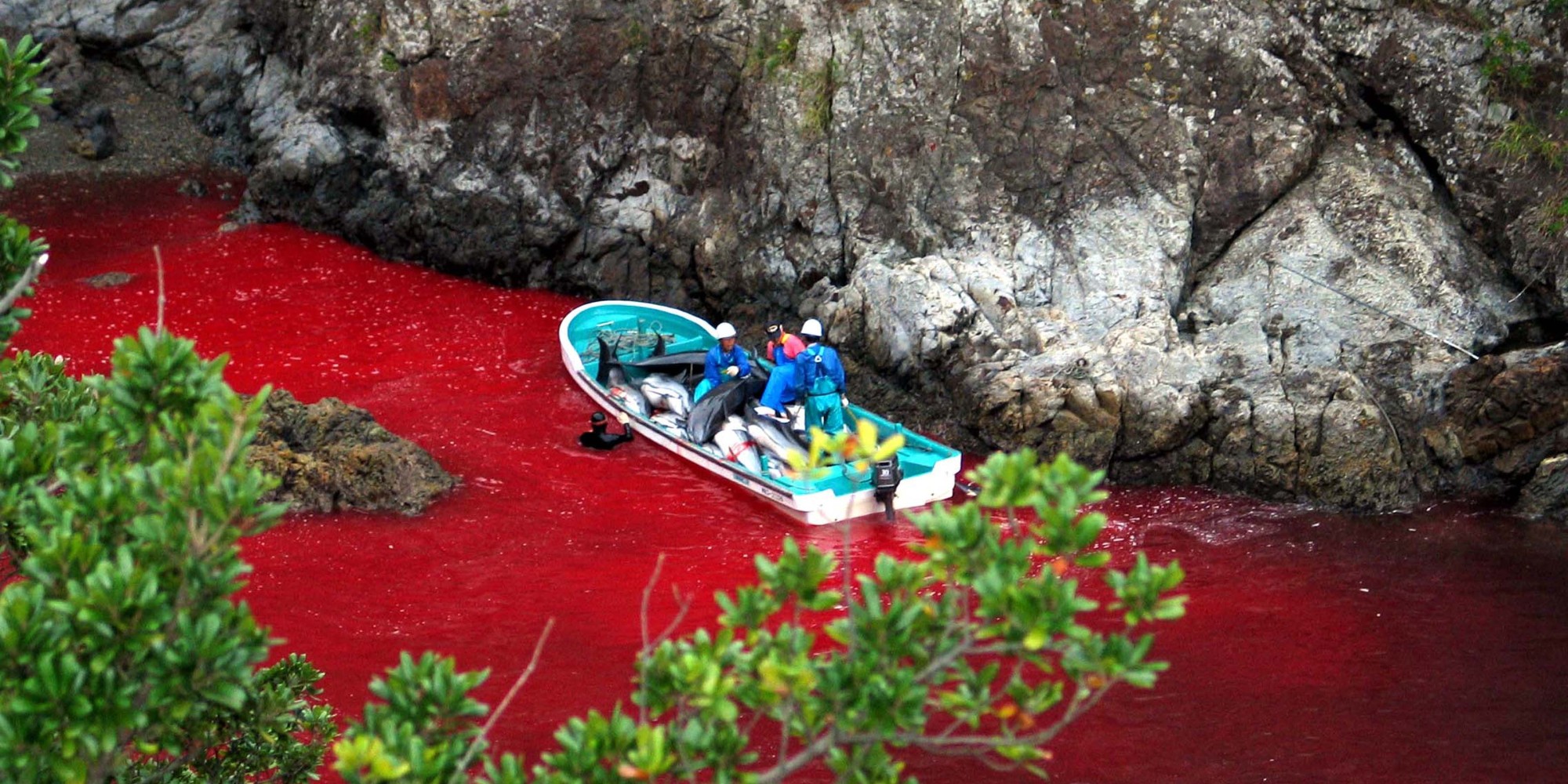 Taiji, Japan. The infamous driven slaughter of dolphins in the cove, according to Seaspiracy, is because the bluefin tuna fishery blames dolphins – rather than itself- for dwindling stocks

70% of macroplastic (larger items) at sea comes from fishing gear, roughly 50% of the infamous ocean ‘garbage patches’ are made up of fishing gear. Meanwhile, plastic straws make about 0.03%, and yet weirdly are the much bigger subject of influencer focus.

Admittedly, it is quite hard to take a pic of yourself looking hot while not eating a fish, and getting paid for it. But the broader point is that plastic packaging and utensils are bad, but never usually anywhere near as bad for the natural world as the food that they’re being used to consume, despite all the publicity surrounding the the straws/cups/cutlery.

The slaughter at Taiji, Japan is mainly done at the behest of the bluefin tuna fishery.

You might have heard of Taiji, perhaps seen the 2009 documentary The Cove. You might remember Dave Rastovich leading a paddle out protest there in 2007 for his group Surfers For Cetaceans, but did you really know what the killing was all about?

According to Seaspiracy, local fishermen, protected by police and a wall of silence from authorties, drive cetaceans into the cove, capture some dolphins to sell into the global marine recreation park trade at around 100 grand per animal, and the rest are butchered. Not for their meat, generally, as it’s too high in mercury for human consumption, but because the blue fin tuna fishery located nearby sees them as the reason its catches are plummeting.

Guess what? The real reason its catches are plummeting, is that it has just about fished the species out of existence.

Bycatch is responsible for about 40% of the removal of marine wildlife from out seas.

You might have wondered why so many dolphins wash up dead along Europe’s beaches every year? We did, too, and interviewed Sea Shepherd’s captain Thomas Le Coz last year for our podcast. According to Seaspiracy 10000 dolphins are killed per year as bycatch on the west coast of France alone, something that’s been going on since the 1950’s, and kept quiet by French government.

The film claims around 300,000 dolphins, whales and porpoises are killed globally per year by the fishing industry, and that’s just the charismatic cetaceans, our cousins. Bycatch among fish species is estimated at around 40% of the total global catch, or 30 million tonnes. 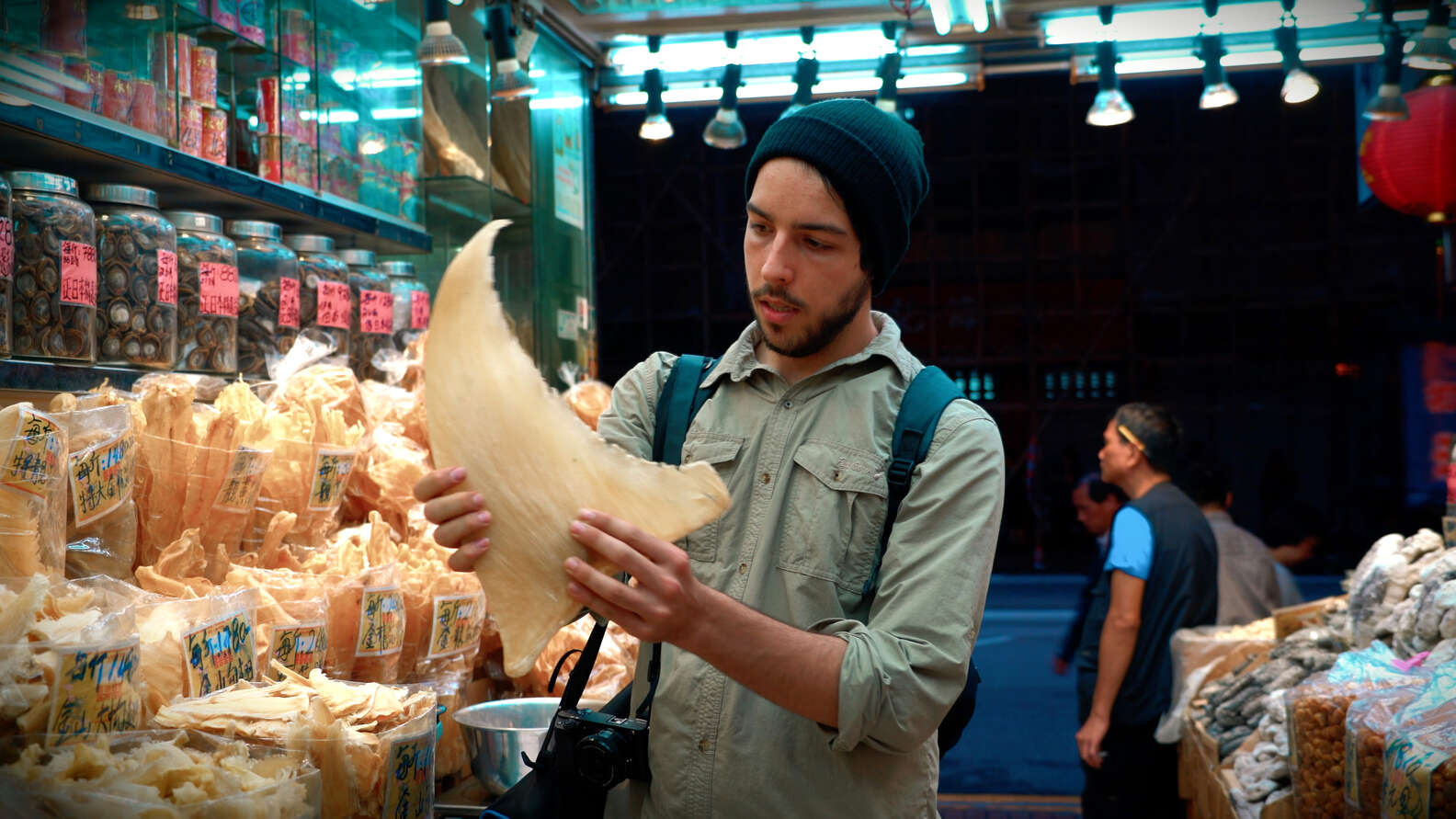 Why do we want sharks, anyway?

Shark attacks on humans – surfers in particular – tend to spark fierce debates. What isn’t really in dispute are the global stats, as outlined in Seaspiracy; around 10 humans are killed by sharks globally per year, around 30 000 sharks are killed per hour by fishing.

But why do we actually need/want sharks, anyway?

Is it simply because they’re ‘beautiful creatures’ as some people claim? Maybe. But Seaspiracy spells out a more compelling argument as to how exactly a marine ecosystem functions.

When you kill off the top layer (sharks) by fishing, the next layer down then overpopulates, briefly. They then eat all the next layer down, before dying off themselves, and so on. The pattern repeats, in what is often referred to as a cascading ecological collapse.

Essentially you need apex predators to maintain life all the way down the food chain.

The film covers a range of other topics too, ‘dolphin friendly’ labelling, spurious ‘sustainable fishing’ claims and much, much more. Watch it here

The World Ocean Day Conspiracy That Nobody's Talking About

On the day we profess our love for the big blue, why isn’t anybody talking about the biggest

World Ocean Day went down last week (June 6th) and it was a huge, huge hit with some forty thousand posts using the hashtag, hundreds of millions of likes. So many folk were keen on saving the [...]

What's Causing The Deaths of 11 000 Dolphins on French Beaches?

Wavelength Community Radio (WLCR) is a brand new podcast featuring interviews and insights from some of the characters that make up our surf and coastal communities. For the first episode, we [...]