Home » Why Are The World’s Best Surfers Talking About The Wrong Burning Bush?

Why Are The World’s Best Surfers Talking About The Wrong Burning Bush? The Amazon is burning, right now. So why are Brazilian surfers eerily silent on ecocide, but very keen to talk about imaginary friends from Roman occupied Palestine?

What do you, the surf fan, expect from a post heat interview, or from a podium victory speech? What do you deserve?

Genuine emotion, tears of joy, ideally. Proof of what it all really means, how much it really matters.

Then gratitude for the support network, for family, sponsors… even for you the fan, online or at the beach for being part of the show – an essential part.

Props to the other (losing) surfer, next. He rips, I always admired his surfing, he deserves this too, etc.

And then maybe, a little bit of the other. Something a touch more, insightful, poignant, an opinion, perhaps. A wee bit of ‘I’d like to take this opportunity to…’ 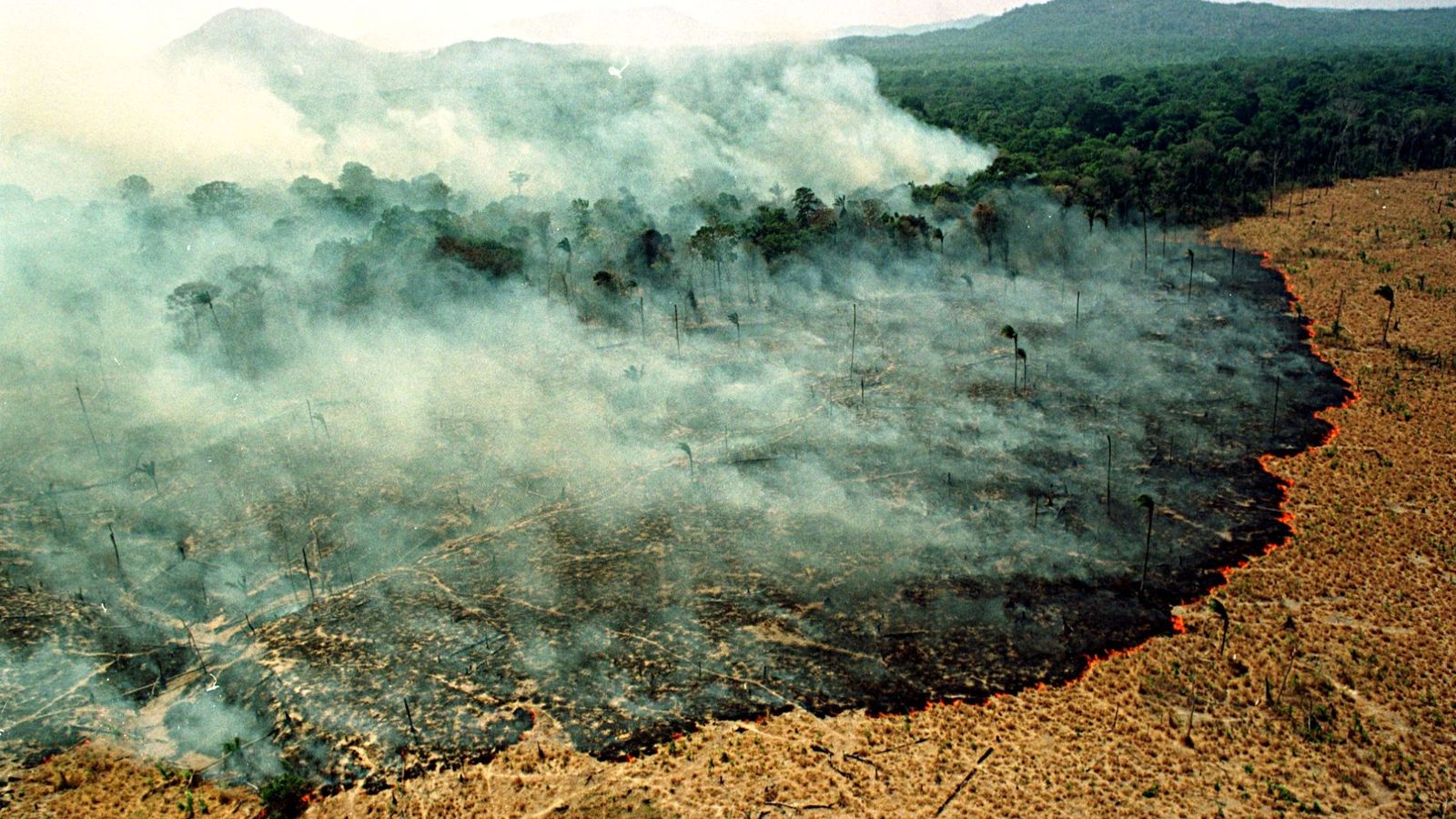 So, Big Guy, what you been up to? Keeping busy?

Watching the last few events on both the CT and the QS, with lots of Brazilian success (they are unequivocally the world’s best surfers, after all) I couldn’t help feel more than a little disappointed with all the God talk, the near-constant God talk of the victorious.

By God, I mean, the Christian one, Yahwey (Aramaic) aka Jehovah (Latinised version), aka the Hebrew God of the Old Testament.

Nothing against Him (it?) as such (much in the same way I have nothing particular against Mickey Mouse, but aren’t a huge fan of Disney Inc), I just can’t help but think, is all this really the best use of valuable air time, in 2019?

“The notion that God somehow impacts results or is worthy of credit for a performance, that sounds incredibly self-involved and narcissistic”

Brazil is the world’s biggest Catholic country, so it’s no surprise that that nation’s leading surfers have legacy superstitions dating back to 1492 when Pope Alexander VI divided the world in two, famously awarding half to the Spanish and half to the Portuguese, the ensuing colonisation of Central and South America accounting for the killing of a cool 100 million natives* – something historians regard as the deadliest event in human history.

But hey, let’s not get all genocide-y here. Let’s keep it light!

I don’t know, there’s just something about seeing Medina, immediately after winning the Freshwater Pro, about seeing both Pupos after each winning a QS10 000 this September in Europe, giving extensive, repeated shout outs to imaginary friends (celestial dictators, if you prefer) with arbitrarily assigned male gender traits, that live in the sky, that are apparently responsible for the creation of every atom in the cosmos, that apparently actively intervene in day to day events (like sending waves to certain surfers and not others in heats) and yet, simultaneously are either at best unwilling or unable to intervene to alleviate appalling suffering and misery going on all around us, all the time, or at worst, the architect of it.

Nothing about that that strikes you as a little bit… unsavoury?

Our best pro surfers are in good company in terms of sportspeople of faith, though. Matthew Syed, in his excellent book Bounce: The Myth of Talent and the Power of Practice cites how effective religious faith can be in elite sports, part of a something referred to in sports psyche as Expert Delusion.

The former Olympic and World Champion and current World Record holding British triple jumper Jonathan Edwards, famously refused to compete in the ’91 World Champs as his event fell on a Sunday, and took a tin of sardines (a Matthew 14, Feeding of the Five Thousand reference) in his kit bag to the Sydney 2000 Olympics, which he won.

Edwards has since, incidentally, become an atheist, but is nevertheless quoted in Bounce explaining how his faith helped him win.

“Without doubt, those beliefs were helpful in the heat of battle. Believing in something beyond the self can have a hugely beneficial psychological impact, even if the belief is fallacious. It provided a profound sense of reassurance because I took the view that the result was in God’s hands and that God was on my side. It enabled me to block out doubt in the moments before I was due to jump,” Edwards explains.

But as Ewan McKenna points out in God Squads – the Fallacy & Ferocity of Religion in Sports there are also non-religious athletes who resent the association.

‘Irish Olympian and European Indoor 3,000m medallist Ciarán Ó Lionáird found the emphasis on religion in sport so heavy when joining the Florida State athletics team that he’d step out of pre-race prayer huddles and formed an evolution club for athletes.’

“I think the difference in US sports is there seems to be a strong expression of the notion that God somehow impacts results or is worthy of credit for a performance. That sounds incredibly self-involved and narcissistic. I don’t think God, if he did exist, is concerned about my races,” Ó Lionáird states.

“It seems that as society moves more and more to the selfie-generation, an obsession with oneself carries over and helps propagate religious expression as ‘me, me, me. Thank God you did it for me.”

Just how unused to overt expressions of victory faith, (in a pre-South American footballer influx era) French sports fans were was witnessed in 1989 when Roland Garros booed French Open winner Michael Chang for thanking Jesus in his victory speech (having served underarm to beat Ivan Lendl).

The American was 17 years old at the time, a year younger than Sammy Pupo is today.

To be clear, I’m not at all down with public bullying of teenagers, and I’ve got no qualm with whatever anybody wants to privately believe, no matter how wildly fantastical.

I totally respect your right to be wrong.

If you think a celestial dictator created the universe in 7 days, 6000 years ago, totally your call. Or, if you believe in elephants with 4 arms and shape shifting monkey kings, or perhaps in Woden, Thor, Jupiter, Zeus, if you think you’ll survive your own death, that paradise means 72 virgins (um… alarm bells?), talking snakes, water walking, etc, etc, by all means, do your thing. Good luck with it. 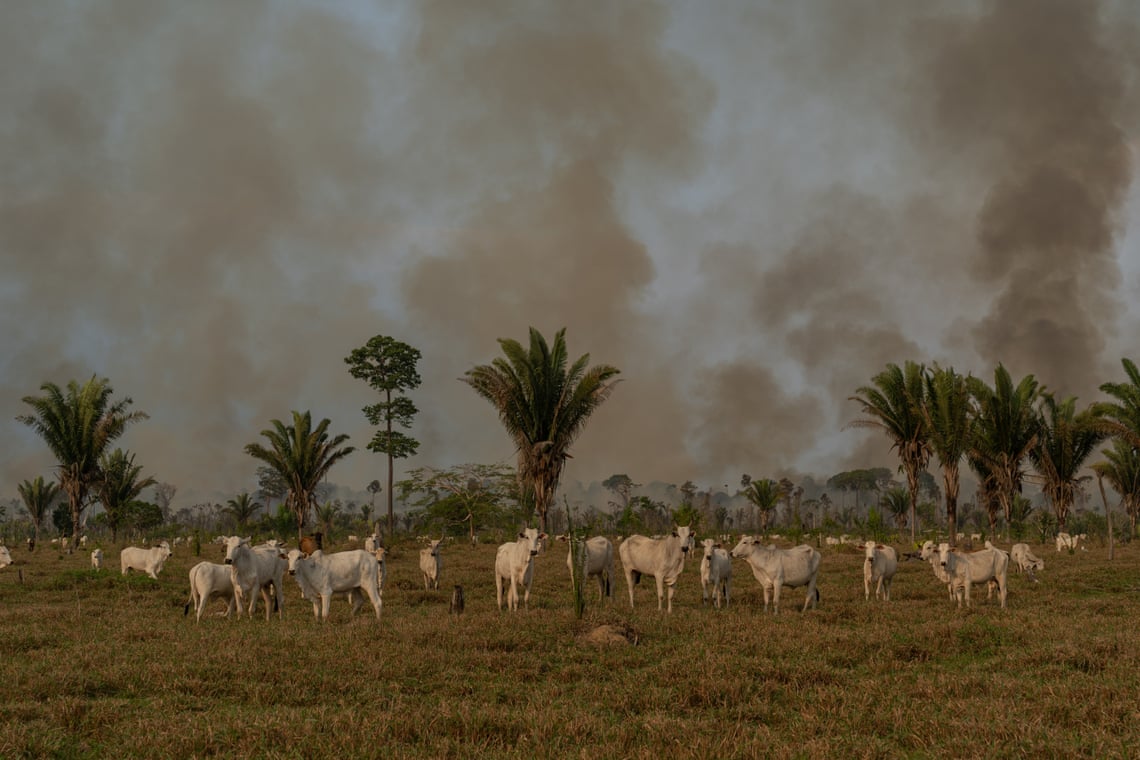 But what of reality?

I’ve highlighted Brazilian surfers because they’re the true dominant force in surfing today, and because they come from a country currently perpetrating top down, state-sponsored ecocide at a scale never before witnessed.

Because here’s what we do know: the Amazon is the biggest terrestrial ecosystem on Earth, because if we lose it, life on Earth as we know it, is finished.

Because the current global rate of deforestation is 26 million hectares/year, or an area the size of Britain. Because deforestation in the Amazon, this past summer, was up 88% on 2018.

Because in the Brazilian state of Rondônia, ground zero for rainforest clearance for soy bean, mining and ranching interests, support for President Bolsonaro was at a massive 72% in last year’s election, and has since gone up.

In fact, Bolsanaro – who some people believe to be the most dangerous person on the planet today – actually had a good point when deflecting the accusing finger back on the likes of the European leaders at the G7 last summer.

We should be tackling our own domestic ecological death spiral. The United Kingdom is ranked 198th (of 218 nations) for intactness of its living ecosystems. Our islands’ forest cover is 13%, Britain is one of the most deforested places, by percentage, on Earth.

We’ve lost over 40% of our wildlife in my lifetime, mainly due to the way we farm.

We should be hanging our heads in shame.

But in terms of the crisis we currently face, the sixth mass extinction, nothing is as pivotal as the Amazon, in avoiding the 1.5deg C tipping point.

To put it in perspective, Britain has 25-30 native tree species (depending on your definition), and no endemic species (found nowhere else). In the Amazon, 16 000 different species are found, at a density up to 300 species per hectare. The issue, the immediacy, lies with Amazonia.

That’s why it feels the live broadcast, with an engaged global youth, captivated, awaiting inspiration seems like such an opportunity to spread a much more poignant message.

I don’t expect Gabriel, or any other pro surfer or sports person to fix the problem with a bit of lip service. Just understanding the scale of it is a massive undertaking, something I don’t think I’ve yet managed.

But I feel like I’ve got a reasonable handle on how influential our athletes are, on how powerful their platforms could be.

And I can’t help but feel Your Father seems to have had more than His fair share of the limelight.

Any chance of a word on behalf of Mother Nature?

Heathrow Pause vs Your Surf Trip

John John Florence To Do 2020 Tour Without Flying?

* A recent UCL study found the Conquistador perpetrated genocide in South America in 16th & 17th centuries gave rise to such rapid reforestation in Amazonia (when the forest recovered abandoned agricultural land), that so much C02 was absorbed that the ‘Mini Ice Age’ in Europe resulted, with the Thames repeatedly freezing over. A little reminder of the global significance of the ‘lungs of the planet’.