Home » The World Ocean Day Conspiracy That Nobody’s Talking About

The World Ocean Day Conspiracy That Nobody’s Talking About On the day we profess our love for the big blue, why isn’t anybody talking about the biggest threat to it?

World Ocean Day went down last week (June 6th) and it was a huge, huge hit with some forty thousand posts using the hashtag, hundreds of millions of likes.

So many folk were keen on saving the ocean, in so many different ways.

Almost every pro surfer you can mention, every photographer, loads of your non-famous non-influencer friends were all getting involved via social media. Almost everyone who’s part of global surf community took the opportunity to profess their love for the big blue.

In spite of that, we can safely assume that the intentions were broadly well-founded, the sentiments genuine.

And that’s partly because environmental issues are ever more at the forefront of the conversation.

Last month, the Intergovernmental Science-Policy Platform on Biodiversity and Ecosystem Services (IPBES) report detailed an unprecedented decline in the natural world, arguably drawing a bigger reaction from world leaders and mainstream political parties than any other single environmental report in history.

Seeing as 70% of the planet is made up by oceans, and seeing as the ocean’s rate of decline in biodiversity is even greater than that on land, surely then, World Ocean Day would be highlighting the main drivers of this catastrophe?

I’ll give you a clue. It isn’t plastic. It isn’t climate collapse. It isn’t acidification. It isn’t oil drilling.

According to the IPBES report, industrial fishing is the main driver behind the death spiral in our oceans. 55% of our oceans are currently being exploited by industrial fishing, with 33% of all fish stocks (read: populations) being harvested at unsustainable levels.

Weirdly, on World Ocean Day, we were all eerily silent on the matter. 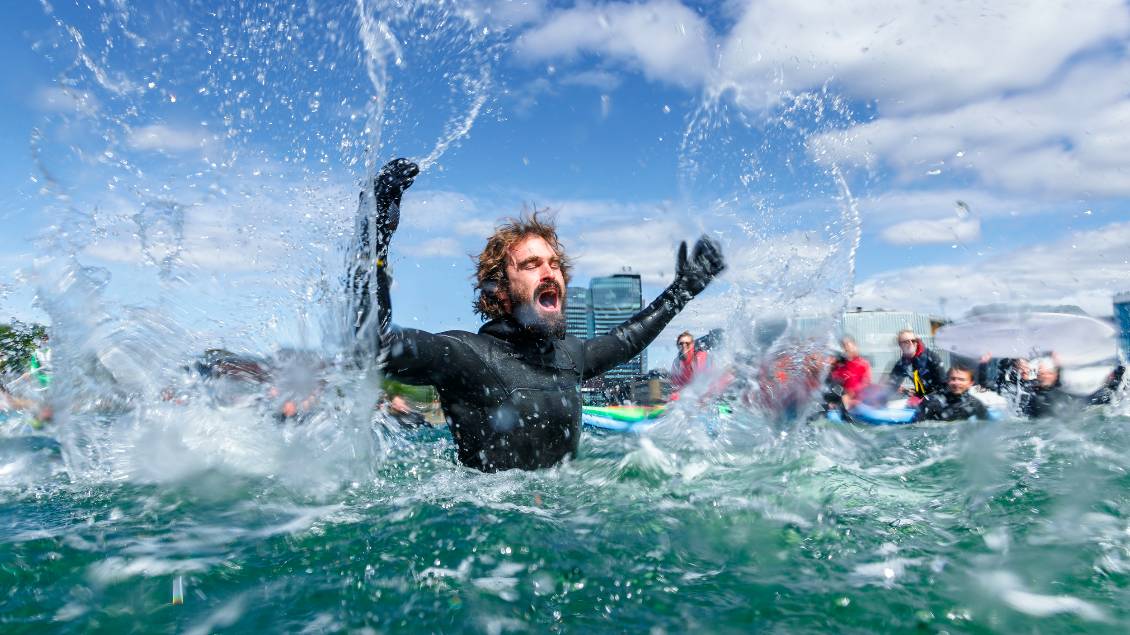 The #FightForTheBight is an excellent example of the surf community mobilising to (hopefully) stop a potential threat to the marine environment. Is it pure fantasy to imagine surfers getting together to oppose the industry that is routinely and systematically destroying the marine environment, right now?

The WSL launched a catchy, user generated content call-to-action Stop Trashing Waves to coincide with World Ocean Day, an excellent initiative putting some of its biggest stars and the full weight of their followings behind it.

Courtney Conlogue, Ace Buchan, Connor Coffin, and Johanne Defay collectively pledged to do things such as:

“Cutting back on single use plastic”

“Having an organic garden”

All great ideas from a highly credible and well-respected group of athletes. I’d heartily encourage all WL readers to do as many of these things as possible, if you’re not already.

“Why is nobody, and I mean, nobody in the surf community talking about fishing?”

I could go on in listing examples of well known surf influencers and their World Ocean Day output, but I’m assuming you’re already familiar. Underwater shots of breaking waves, plastic on beaches, a soupçon of climate collapse here and there but mainly a myriad of images of wooden knives and forks, bamboo spoons, metal water bottles, etc… you get the idea.

But why is nobody, and I mean, nobody in the surf community talking about fishing?

Not a single mention.

Does it not strike anybody else as a little odd that we dedicate a day to highlighting issues threatening the ocean we love, we suggest solutions, and none of them relate to the single biggest threat to it?

It’s like having a day dedicated to saving the Amazon rainforest with no mention of cutting down trees.

Maybe it’s because surf communities are coastal communities that all have strong local fishing traditions. Because we tend to see fishermen as folk heroes, as Sou’Wester donning, brave, charismatic, salty Father Christmases?

Because they’re in children’s books as sea-shanty singing, paternal pillars of the community, because they’re ruddy-cheeked raconteurs in the corner of cosy pubs.

According to the recent Greenpeace report: The Millionaires Hoarding UK’s Fishing Rights, who’s actually actually catching the fish is something of a different story.

29% of the UK’s entire fishing quota is owned by just four families, all of whom are on the Sunday Times Rich List, while 25% of England’s quota is held by a single Dutch multinational.

Furthermore, over half of the top 25 quota holders have directors or partners convicted of offences in Scotland’s £63m “black fish” scam, a fraud that landed 170 000 tonnes of undeclared herring and mackerel.

It could be time to rethink your folk hero goals.

Of course, the issues are global, going far beyond Britain’s territorial seas. What we know is happening outside the 200 nautical mile limits on the high seas globally, and particularly in places like West Africa (as identified by Sea Shepherd’s campaigns against IUU (Illegal, Unreported, Unregulated) fishing all contributes to a staggering ecological collapse in our oceans.

And yet, bizarrely, all quiet on the World Ocean Day front.

So sure, please get off plastics as much as you can. Please do clean up your local beach, check the surf by bike if possible.

But if you really care about the ocean, you won’t be going for sushi tonight. 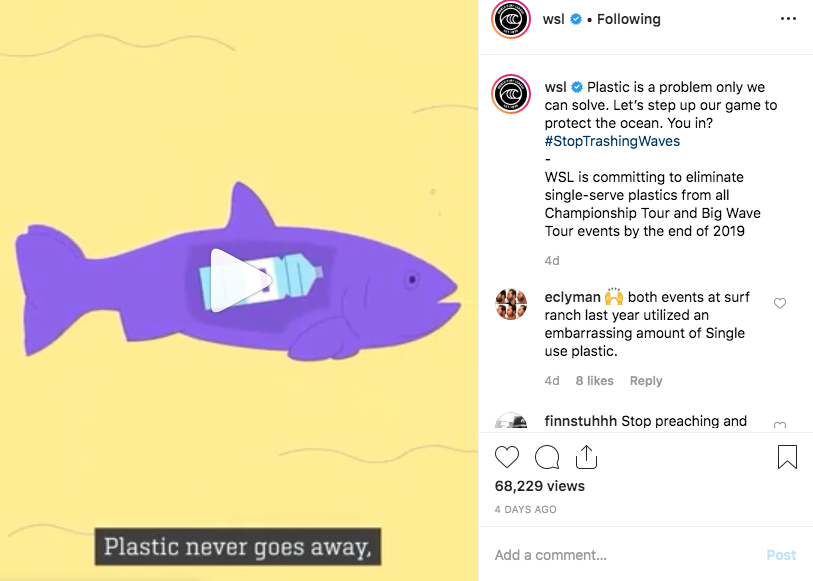 The only appearance fish make in surf-related World Ocean Day bants is with regard to them being contaminated with plastic, and therefore less palatable for us to eat. Which is perhaps missing the point that they are marine wildlife, not ‘stocks’ and should be safeguarded for their own intrinsic value as wild creatures, not a resource just waiting to be caught, sold and consumed.

More like this:
How Not To: Talk To Vegans
Changed Your Drinking Straw? Guess What… You Still Suck
Emergency On Planet Shred: 5 Books For Eco Woke Wave Riders