Home » How To: Make The World Tour Better

How To: Make The World Tour Better From qualification sudden death surf-offs at Pipe to beach starts... Surfing is fixed!

Despite previous pronouncements to the contrary, most notably the plan to crown the World Champs on a boat in Indo in September, the 2019 CT will look a lot like the Dream Tour schedule of a decade and a half ago, starting at Snapper ending at Pipeline.

In the middle, there’s no longer Fiji or Trestles, but there is Bali and the Surf Ranch.

Aside from the other two Aussie events, there’s a bit of Brazil in spring, an African pointbreak safari in July and some double Euro action in autumn.

And there we are, another fine surf comp lap around the sun.

While there will always be the naysayers, the “haters in cubicles” as AI called them, broadly speaking, you have to admit that the Tour is pretty alright.

It’s free (for now), there are hardly any ads (by American sports broadcast standards), the surfing is terrific, the production is next level.

That said, there is always room for improvement. To the format, the schedule… the judging I’m not gonna go into. Judging bants, as in, “Medina’s 7 was a 6 etc etc” “Michel’s turn was way better than Mikey‘s etc etc” is awfully dull.

If you want below the line comments second guessing the officials’ decisions ad nauseam, if you need post match discussion to be an endless parade of one-eyed pedantry, you’re following the wrong sport. Try association football.

Here are my suggested improvements to the Tour. I’m not saying I think all 6 need implementing this year, before the Gold Coast. I’m a man of reason, of compromise.

“Two months is too long to wait and see if the yellow jersey can make four heats at Pipe. I mean edging might be trendy, but seriously” 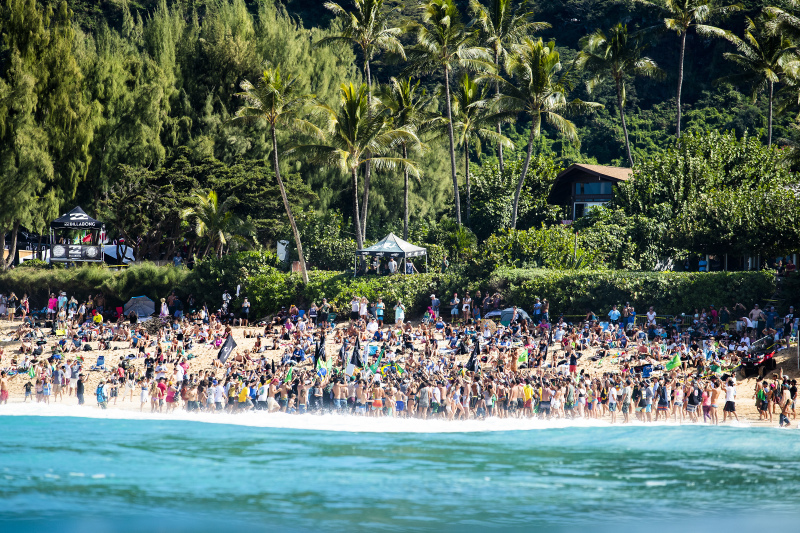 While the crowds on the beach on the N Shore might be more modest than your local 10k fun run (this is Medina, winning the World Title), the online audience is massive! Another N Shore CT, please. Photo: Ed Sloane / WSL

Did you get fired up by Europe this year? Hopefully! The Wilson vs Callinan final in France? The Medina/Ferreira clash in Portugal? Me too. Didn’t it set up a sumptuous title race showdown… in two months’ time.

Two months is too long to wait and see if the yellow jersey can make four heats at Pipe. I mean edging might be trendy, but seriously.

Even the vinegar of surfing’s CT strokes can lose its flavour after that long.

I propose another CT on the North Shore. Why not upgrade Sunset, as it was a couple years back? Or why not, better still, a mobile N Shore event… Sunset, Rocky Point… Waimea?

Not only to give us a bit more show in our showdown, but also give the Triple Crown more umph, rather than who made a quarter and semi in two QS’s, and won nothing.

(Jesse Mendes did, this year, btw. My point entirely.) 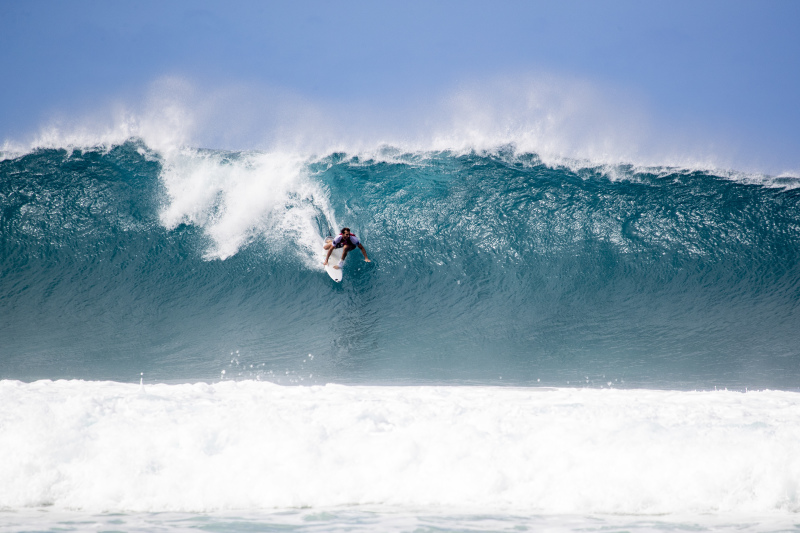 Frederico Morais finished 23rd on the Jeep Leaderboard in 2018, meaning he was the highest ranked surfer not to make the cut. In my format, he’d then have had a surf off against the lowest ranked QS qualifier, Jack Freestone. Photo: Ed Sloane / WSL

“Make the CT surfers under the cut surf against the top QS-ers, in ten, hour-long epic showdowns, at Pipeline. Whoever makes it through, makes the Tour”

QS qualification for the following year’s CT is hard to get excited about, or follow, when it should be as good as the title race in terms of drama.

Someone overtook someone else who wasn’t actually in the water. Someone got 3rd instead of 4th by virtue of two 3’s, which means someone else qualifies. It’s all a bit… confusing. And crap.

I’ve got a better idea: make the CT surfers under the cut surf against the top QS-ers, in ten, hour-long epic showdowns, at Pipeline. Whoever makes it through, makes the Tour.

Imagine the drama, the excitement. Ten do or die heats with match ups established in advance, at the Banzai. Everyone in the water has serious skin in the game.

Losing QSers will be replacements for next year’s Tour. 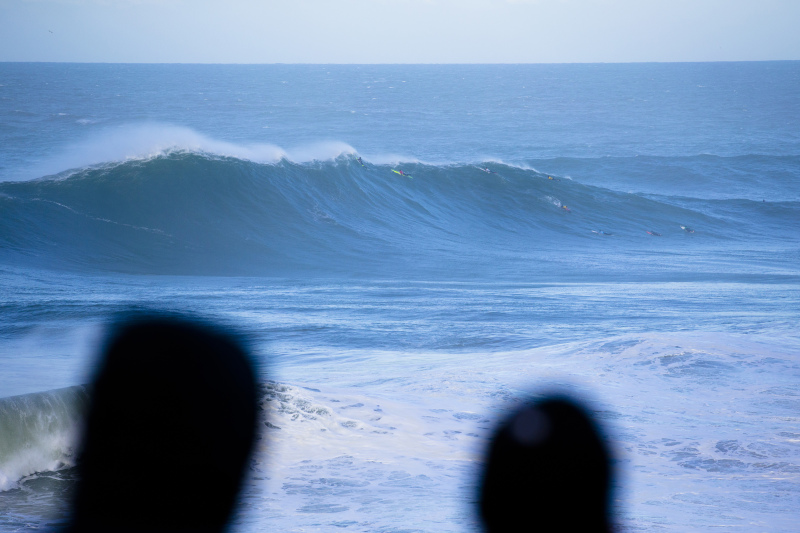 Would you like, or would you love to see the CT starlets have to deal with a bit of this? Nazaré. Photo: Antoine Justes / WSL

3. Big Wave Event on the CT

The trouble with following the tour for a number of years is, unless the surf is great to epic at any particular venue that year, it becomes easy to not care about/follow, which has long been the curse of the surf event.

The solution? Throw in a big wave event, where, by definition, the waves have to be epic. Who wouldn’t love giant Puerto on the CT, or some nasty Naz? Who doesn’t want to look deep into Toledo or Jordy’s soul as they leash up the 10’6″ facing not only potential Rd1 elimination, but also their own mortality?

There’s something epic about a World Champ who can excel in 20ft waves, and we want to see it.

Furthermore, it can’t count as a throwaway. Discard a Margies if needs be, bung out a Brazil if you stunk the place out. But your Big Wave result goes on your record. Like an act of valour, recognised in a special ceremony at Kensington Palace. Or, to put it another way, a sexual offence.

“Your Big Wave result goes on your record. Like an act of valour, recognised in a special ceremony at Kensington Palace. Or, to put it another way, a sexual offence”

This is hardly news, but one of the biggest problems is that the events take too long, thus can’t make the most of optimum conditions.

So let’s get rid of Rd 2 & Rd 4 and save an entire day, pretty much. 24 surfers advance from the first round’s 12 heats of 3, those being the winners, and the sixth best 2nd place heat totals.

The other six will be the six best highest individual wave scores between the remaining 18 surfers, whether they finished 2nd or 3rd in their heat. In theory, you could have 6 that came third, all advancing.

If you get a ten and can’t get a back up, you still get through, and rightly so. Chances are, if you got a ten you’re in second anyway, but it just provides a way of getting outstanding performers through in inconsistent conditions. 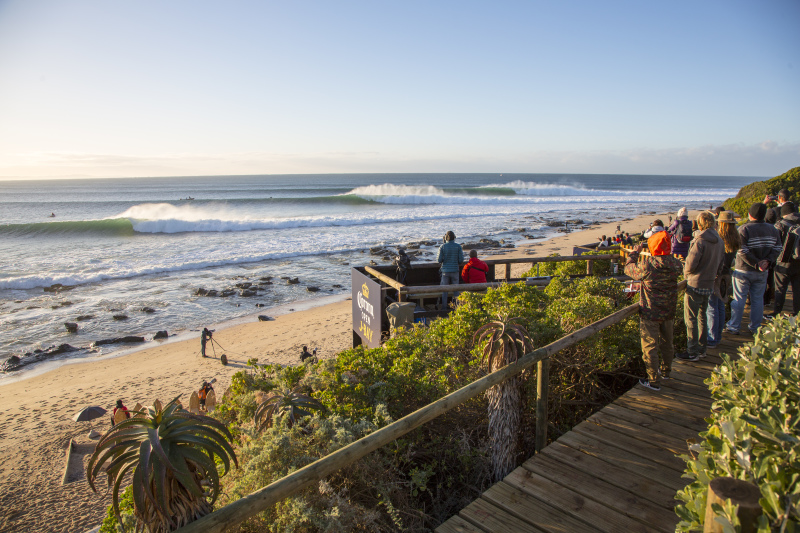 J-Bay, just like every other venue on the CT, could do with a day’s less comp to help ensure conditions are optimal. Lose the losers’ rounds. Photo: Tostee / WSL

Seriously, the number of times we get “I didn’t know what I needed, I couldn’t hear the scores.”

I wish I couldn’t hear them saying that. Just put a screen up that they can read, FFS.

Then the beach announcer can announce to the crowd, rather than the surfers. I’ve always found it a bit weird that the same dude charged with “Hey make some nooooiiiiii-oooooiiiiissssssssse for Je-re-my Flooooooooo-reeeeeeeeeeeeessssssss” type hype is the same that relays the official calls in a semi sombre tone. 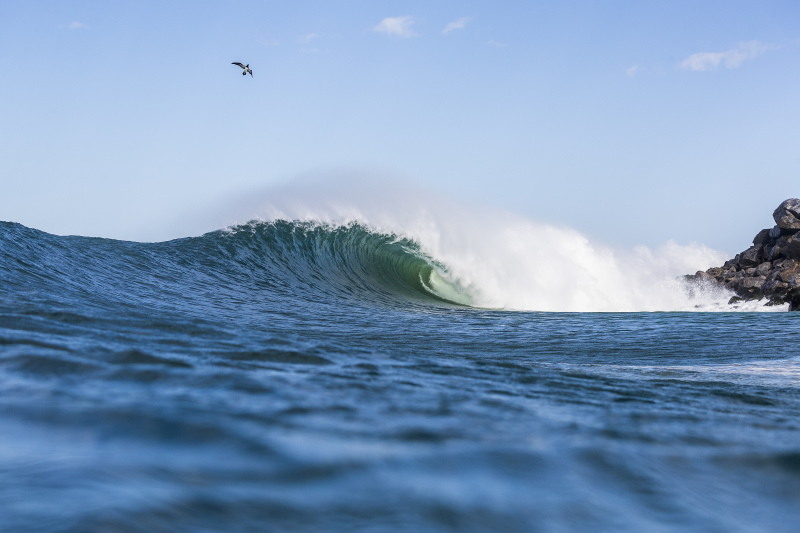 Sure, Brazil can get real fun for the event. But wouldn’t it be even more fun if they had to race each other down the beach and into the lineup? Photo: Poullenot / WSL

Who wouldn’t want to see their fave/least fave pro surfers running for their lives? If you don’t want to see them running, there is something wrong with you. The number of good sports where running isn’t involved, is none. Even cricketers have to sprint, sometimes.

“The number of good sports where running isn’t involved, is none”

Imagine beach starts, where they go head to head down the sand, then sprint paddle out for first priority. Yes please.

Not ideal for every location, sure. But perfect for others. Brazil, Hossegor and Peniche? Beach start the shit out of em. J-Bay, not so much.

Like I said in the intro, I’m prepared to be reasonable.

The last time CT surfers ran, to my memory, was the 2007 Quik Pro France final where Parko and Fanning ran up the beach together mid way through after surfing rights in a strong sweep, and were having so much fun they were trying not to giggle. 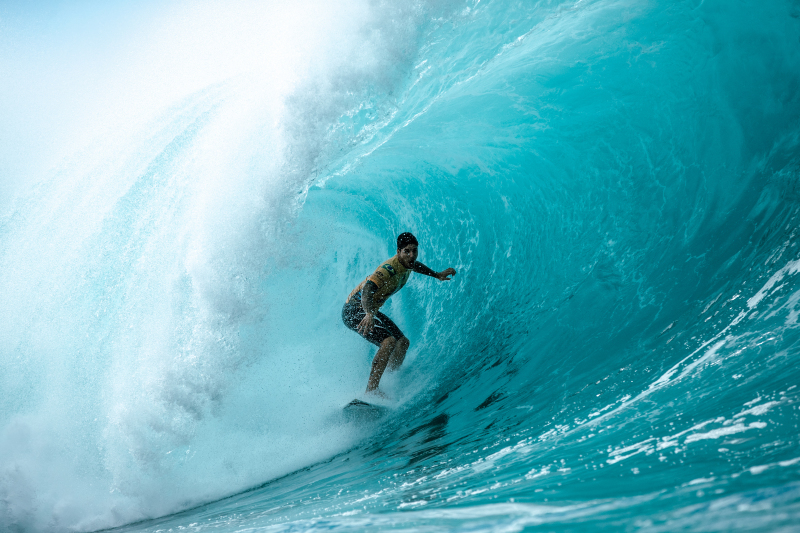 Medina, bless his heart, is making surfing better. The least we can do is make progressive administrative tweaks in his honour. Photo: Ed Sloane / WSL

Imagine the sidebetting market on who wins the sprint? Who’s the fastest paddler?

“Devo’d I lost the heat to him, judging was fingered… but at least I smashed him in the beach start, a-gain” potentially went the best post heat interview, ever.

Surfing may well be your rock, your still point in an ever-turning world.

But that doesn’t mean that rock couldn’t use a little polish every now and again.

Got any other suggested Tour improvements? Let us know!

And your radical reforms could be featured on the next episode of It’s Not The Length Podcast.