Meet Hijo Del Mar; The Underground Big Wave Bodysurfer What sort of lunatic takes on places like massive La Santa and Nazare with nothing but a pair of swim fins?

Have there ever been more ways to ride a wave than there are today?

Let’s take Nazare- surfing’s HQ for mainstream publicity- as a sample. On any given day you’re likely to find an assortment of bodyboarders, foil boarders, jet boarders, tow and paddle surfers and even, on rarer occasions, men in blow up sumo suits or aboard a giant SUP.

What is far more niche (except for maybe the last two), however, is those who choose to take on the giant wedges with nothing but a pair of swim fins. Accordingly, when we stumble across such a comparatively nude hellman in an XXL lineup, we find ourselves intrigued by the life choices that led to such an outing.

In this vein, we recently caught up with Ahmed Erraji, AKA Hijo del mar– who not only counts Nazare among his playgrounds but also spends time body-whomping on the various sharp shallow reefs around his adopted home in Lanzarote. Here’s what he told us: 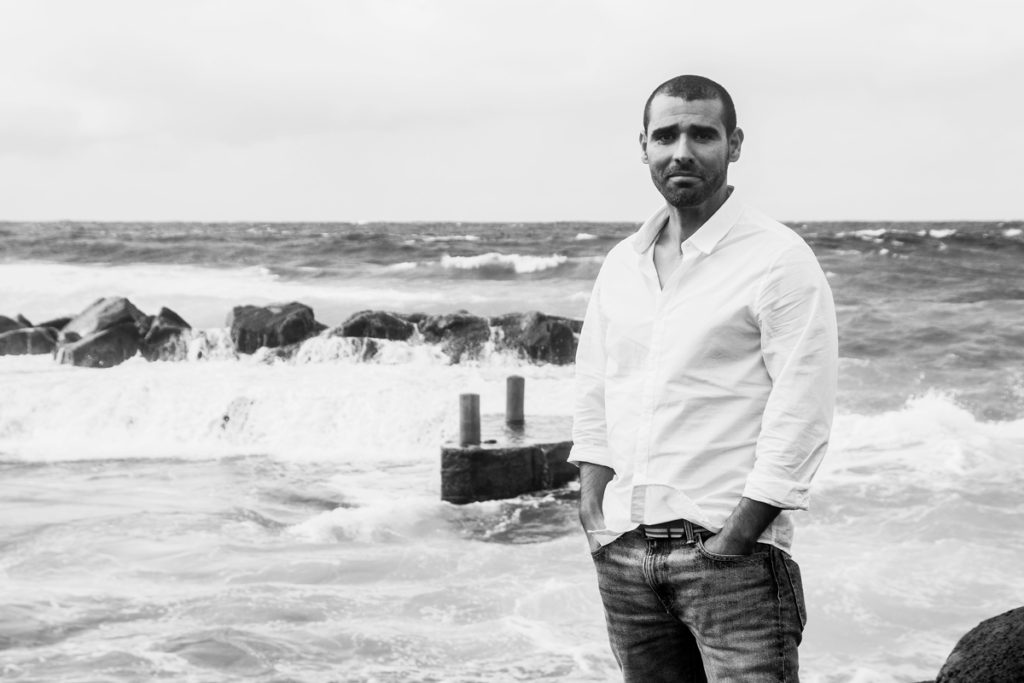 You’re known widely as ‘Hijo del mar’ (son of the sea), where did the name come from?

The nickname was given to me by my grandmother when I was 5 years old. My real name is Ahmed Erraji, I am a 39-year-old ocean activist. I was born in Rabat (Morocco), although I have been living in Lanzarote for some years. My early passion for the sea launched me into the special discipline of bodysurfing.

Have you always ridden waves just with your body, or did you graduate from another discipline?

I started bodysurfing when I was 7 years old and used only my body from the very beginning and so it will be until I grow old.

Was there much of a bodysurfing scene at that time in Morocco?

Twenty four miles from where I was born, there is a city named “Kenitra”, where I have also lived. There has been a military base there since 1912 which, before becoming Moroccan in 1963, was American. The fact is that this small and wonderful city began to become a popular surfing and bodysurfing spot in the 40s was due to the culture brought by the Americans.

READ MORE: How To Bodysurf

And what appeals to you about bodysurfing?

The incredible sensation of sliding your body on the waves is something unique, unforgettable and addictive- and it creates great satisfaction. That satisfaction has passed to other parts of my life and made me a happier person in general, bringing a new spirit of youth and enthusiasm for my existence.

What motivates you to keep pushing yourself to surf bigger and more perilous waves?

For love of the sea and adrenaline! I’m not trying to break any records. I look at it like this: either you’re going for it or you’re not going for it, and I don’t want to be in the middle. If you’re in the middle, you’re not doing good.
I will keep bodysurfing big waves because it makes me feel alive, but I enjoy small waves as well.

What role does fear play in your life?

Have you heard of the saying “Fear Kills”? That’s the exact job of fear. Fear tells you: “If you’re going to bodysurf that wave, you’ll never come back,” but with time I learned that on the other side of your biggest fears, there are the best things of your life.

Tell me about the first time you bodysurfed Nazare?

The first time I bodysurfed Nazare was in 2004 when I lived in Porto city. It was big enough that you wouldn’t wanna take just any beginner out there. It is super easy to talk about that wave with mates and be like, “yeah, it would’ve been totally rad to bodysurf it,” but it’s a totally different story when you’re out there. The entry from the beach is impossible, cold water, currents, cliffs and caves,… Imagine trying to be in the right place for that giant wave to break with all those obstacles. You don’t get to chose when to paddle. You’re a sitting duck, trying to get in position. Last time I was in Nazare, it took me 4 hours to catch one wave. 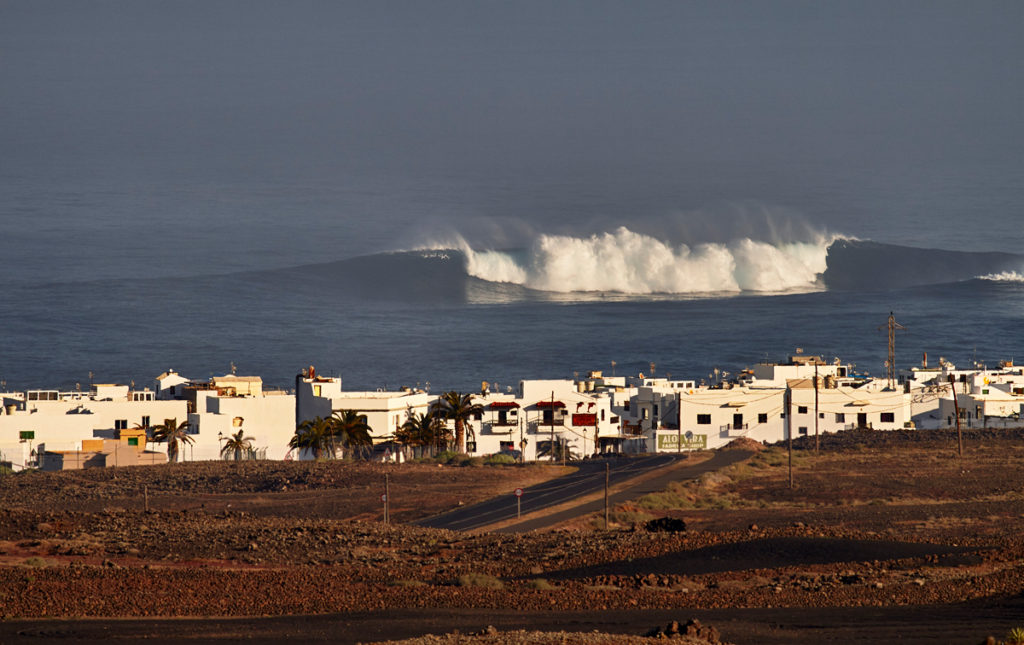 Is it scarier bodysurfing shallow reefs where you can get pinned to the bottom or bigger deep water spots where you’ve got no buoyancy device to help pull you up?

You can prepare for bigger deep water spots by doing breathing training. Shallow reefs are more like a game of Russian roulette. Here in Lanzarote, there are lots of big waves that break on shallow reefs.

Why did you move to the Canaries?

Everything over here is breathtakingly beautiful, impressive and fascinating! A tropical climate, magical people, accent and waves…The Canary Islands are a treasure in the Atlantic. This place holds you like gravity.

Tell me about the scariest situation you’ve ever found yourself in?

Years ago, I broke my arm and knocked myself unconscious on a big wave wipeout. Until today I don’t know how I got to the hospital or who took me there. From here, I give thousands of thanks to that anonymous hero.

We saw that you’re vegan, what’s your favourite meal to have before and after a marathon bodysurf session?

Guacamole salad is my go-to meal for dinner! Another is Tacos. I just throw in some rice, beans, tofu, salsa… it’s just a little different than before. There are lots of different vegan meals, and they all taste really good! but the most positive result of veganism is empathy towards animals.

What’s next for the Son of the sea?