Home » An Idiot’s Guide To: The Euro Leg

An Idiot’s Guide To: The Euro Leg Last chance to see Slater, like... ever?

The World Surf League’s European leg is nigh upon us; surely the most wonderful time of the year.

Sure, Christmas is decent for pub time, and summer sure has its moments – be they festival or merely estival – but neither really match up in terms of exotic shred. Who doesn’t remember exactly where they were and what they’d had for brekkie the first time they got elite Championship Tour pro surfer spray in face? Or better yet, vice versa.

Whether it’s having a beer with your heroes, dropping in on them, or simply watching epic heats play out live in front of your eyes, between late September and through October, from Ericeira, Portugal to Hossegor, France and back to Peniche, Portugal again, the very best surfers in the world – right now some of the finest ever – are here on the Old Continent. 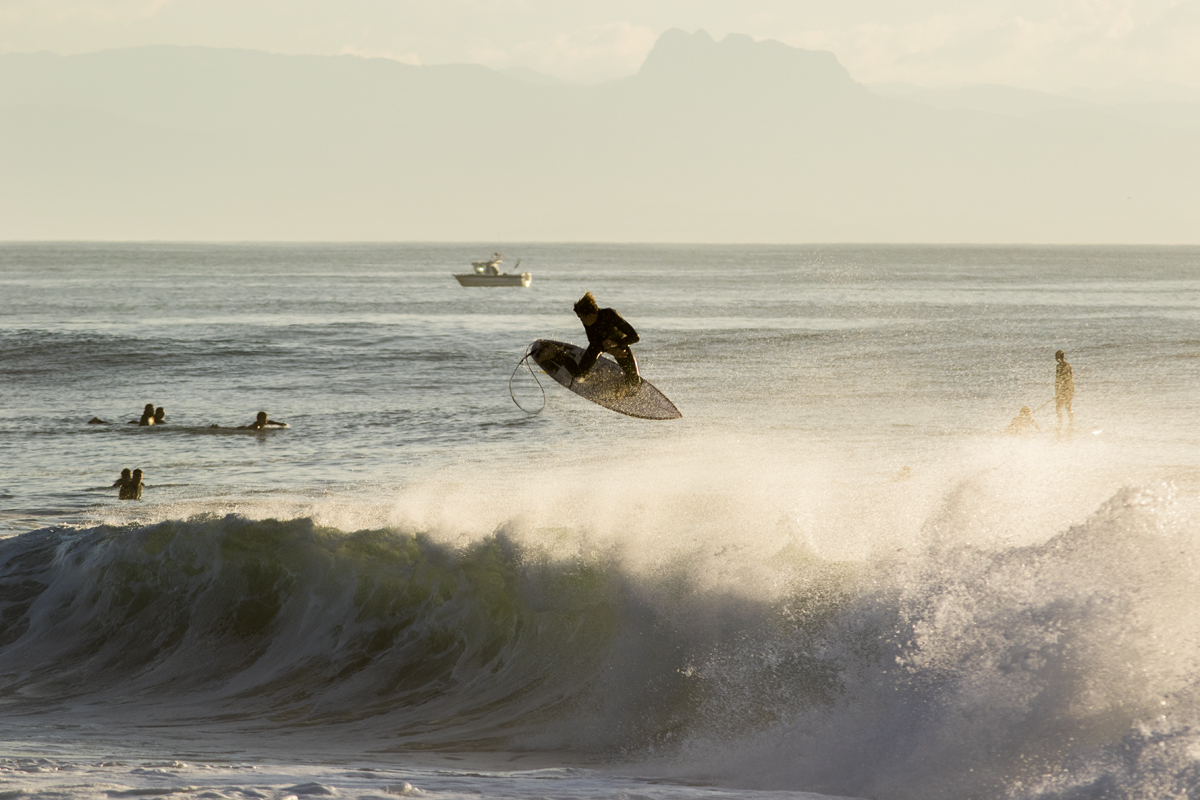 But what does all really mean for you? Should you simply assemble some great snacks and settle down in front of a screen and consume the free to air broadcast remotely? Should you get involved in your only legit shot at seeing pro surfing as a live spectator sport? Will your unborn grandchildren ever forgive you if you didn’t grasp your last ever chance of seeing Kelly Slater, live in the flesh?

And assuming you can make it, which are the best parts to hit/miss of the Euro Leg? Maybe even do it all?

“Will your unborn grandchildren ever forgive you if you didn’t grasp your last ever chance of seeing Kelly Slater, live in the flesh?” 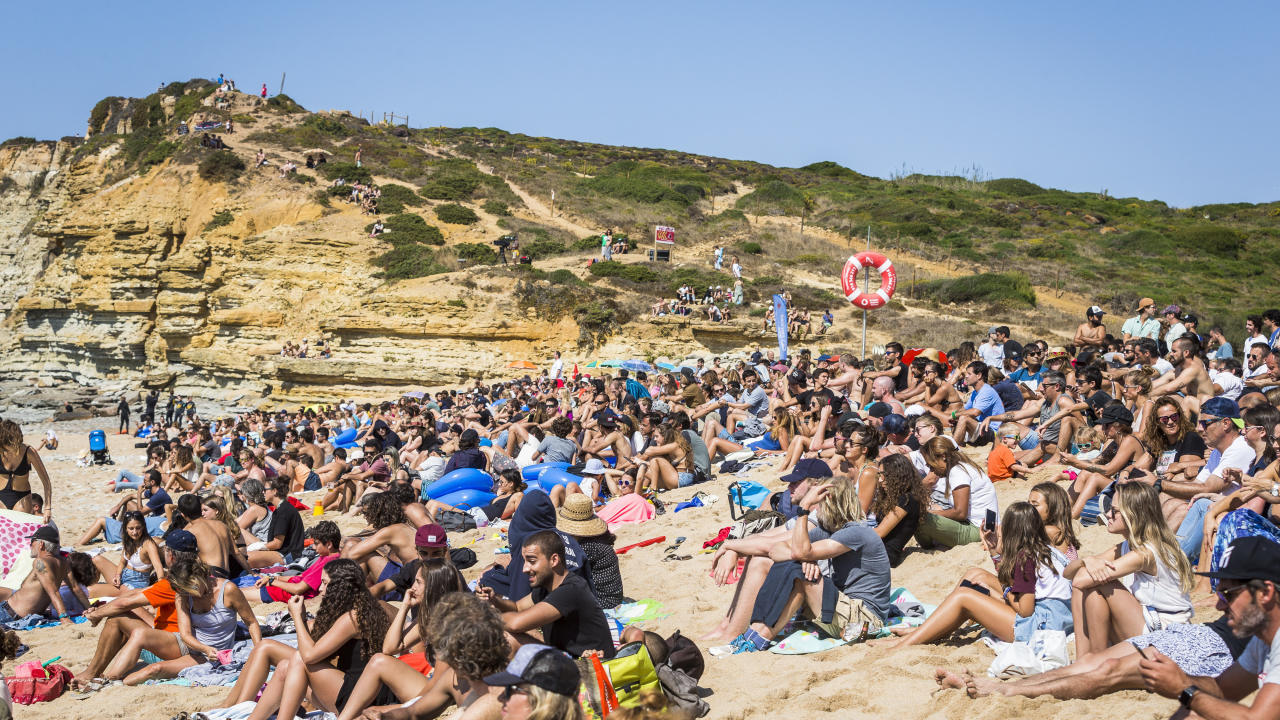 Ericeira is the capital of Portuguese, arguably European surfing too. It has over a dozen surf breaks, ranging from ok to good to epic. It has Portugal’s oldest nightclub, Ouriço, named for the local word for urchin that Ericeira gets its name from. And sure, there are urchins. You can’t have it all your own way, honey.

While Ribeira d’Ilhas isn’t the best wave in town, it’s easily the best wave for a contest. The Bells-like righthand reef/point super consistent and easy to spectate, with great views on the action from above on the cliffs, on the giant deck at the beach complex, or from the sand itself. Medina’s performance here was stupid good here last year, and while Gabs won’t be back in town, how about a little Italo backhand fizz on those Ribeira walls hmmm? Or perhaps a touch of Toledo? Coz they’re both coming… along with pretty much the entire back 15 of the CT.

Food: Ribeira d’Ilhas Surf Restaurant & Bar right in front of the spot is hard to beat. 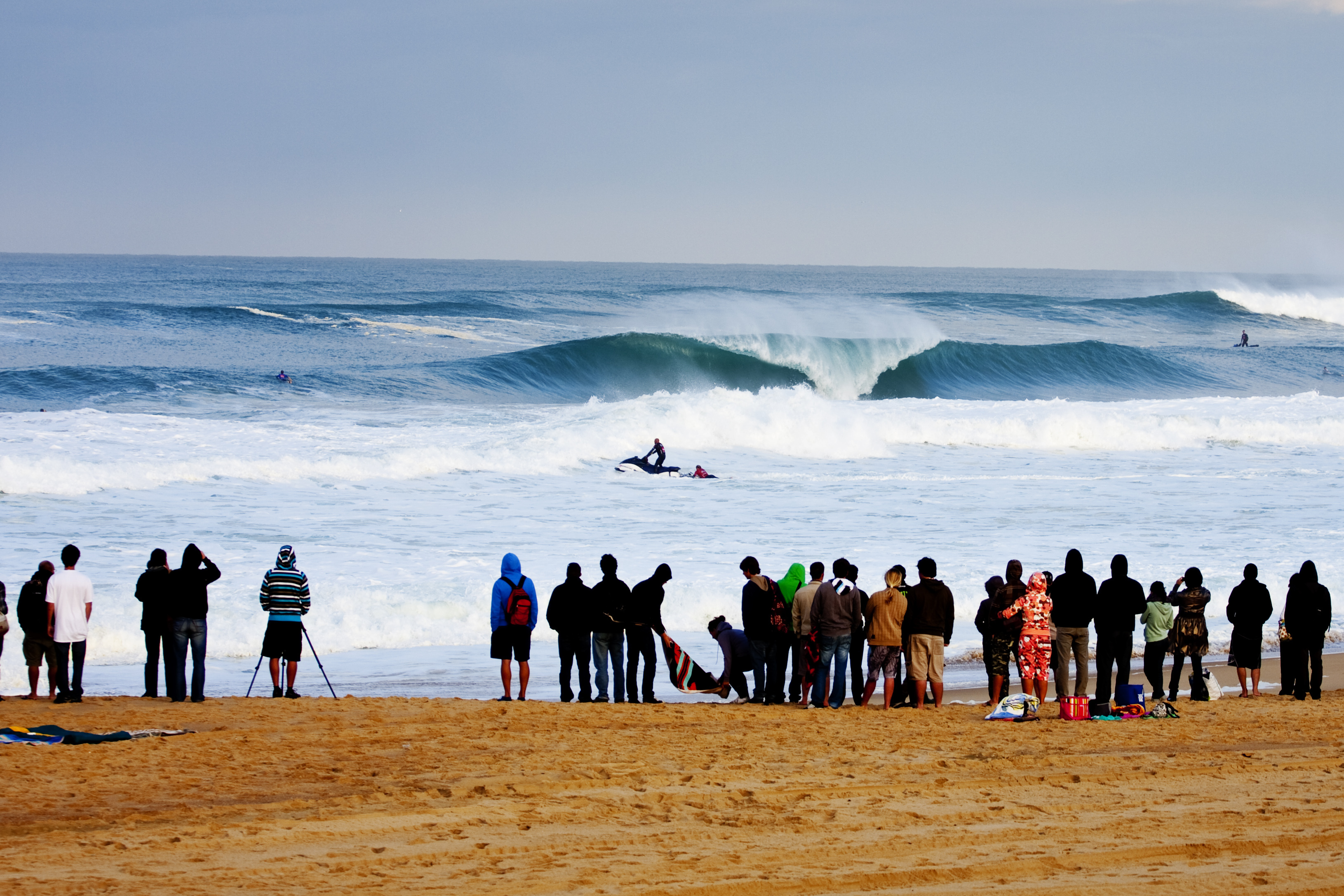 One of the last few remaining vestiges of early 2000’s Dream Tour ethos that saw then ASP boss Rabbit Bartholomew elect to move from mid summer bums on seats (towels) events to prime spots in prime surf season, with a ‘build it and they will come’ attitude.

What started as a niche gathering of a few hundred dialled fans in the pre webcast days has morphed into a two week festival of what feels like at least, every surfer in Europe and beyond. Perhaps the most surprising part isn’t the Czech or Slovenian surf road trippers who come for the chance of seeing Kelly/Gabriel/John at hissing la Graviere, it’s the presence of almost every contract holding professional freesurfer in the world too. Go expecting a Bailey or a Christie, get an Albee or a Chippa thrown in, too.

For the spectator, Graviere is the major draw, if it gets small and moves up to running walls at Seignosse, it’s a bit of snore fest to be brutally honest. You’ll need to dress for every climactic extreme possible, except snow. Standard QPF weather is 4 degrees at dawn, and 30 at lunchtime.

Given the recent attacks in France the security is pretty gnarly, they’ll search your bags on the way in to the beach (for weapons, not blims). I’m not even sure if you’re allowed to bring your own lunch. of course, it doesn’t take a criminal mastermind to simply walk in from a bit further up/down the beach. It goes for 200km, after all. 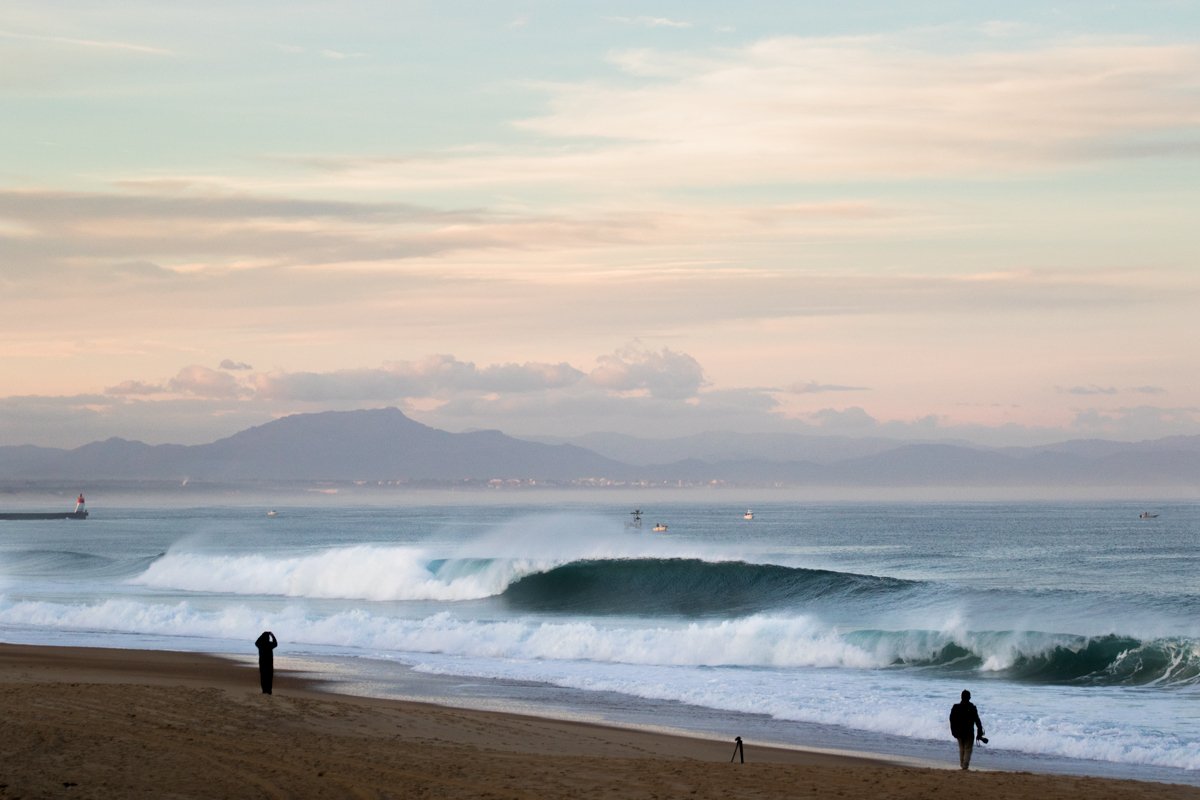 Surf Gear: The Farm in Soorts

Food: Tante Jeane in Hoss / Farina E Pomodoro in Capbreton (best pizza by the slice of your young life)

Booze: St Andrew’s brews its own beer in Les Bourdaines, L’Etiquette for wine in downtown Hoss

Dancing: Past 2am, all roads lead to the den of iniquity known as Le Bakoua 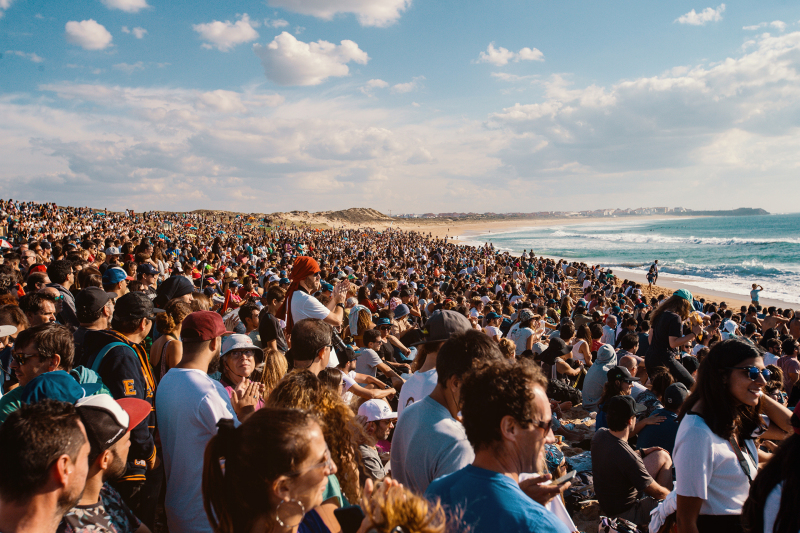 The fact that Quik associated their brand with an upper middle class resort in a pristine pine forest with such bourgeois trappings as its own architectural style, oysters by the lac and a celebrated post-war belle epoque casino, while Rip Curl pinned their branding on a tired, fish-smelling urban dystopia outpost best known locally for high heroin addiction rate tells us… well absolutely nothing really.

Sure, Peniche doesn’t have the superficial beauty we’ve come to love Hossegor for, but it’s got plenty going for it. Wave-wise, it’s Pete Postlethwaite; powerful, legit, above all, it’s got range.

Forget that tired old nonsensical trope about it always being offshore somewhere in Peniche (the break that’s offshore on a W gale is a highly forgettable strip of learner dribble).

When it’s on, the thump of Supertubos is right up there with Carcavelos as the best beachbreak on the entire Iberian peninsula, and probably in the Top 3 for Europe/Northern Hemisphere (along with La Grav). Logistically, it works too: not far to drive to Ericeira (40 mins) with Nazaré the same in other direction. In between, you’ll find tons of lesser known sandbars on that on their day will rival any sandbar, anywhere.

The Rip Curl CT event can also boast World Title decider heats to add to the give a fock factor too, with Florence grabbing his maiden title here in 2016. Fan-wise, it’s the biggest and loudest crowd at any CT event outside Brazil.

Worried about your carbon footprint? You should be. Flying sure is nasty. Well, why not try a roadie? And failing that, and assuming your yacht isn’t ready, there’s a handy overnight train between Lisbon and Hendaye on the French border.